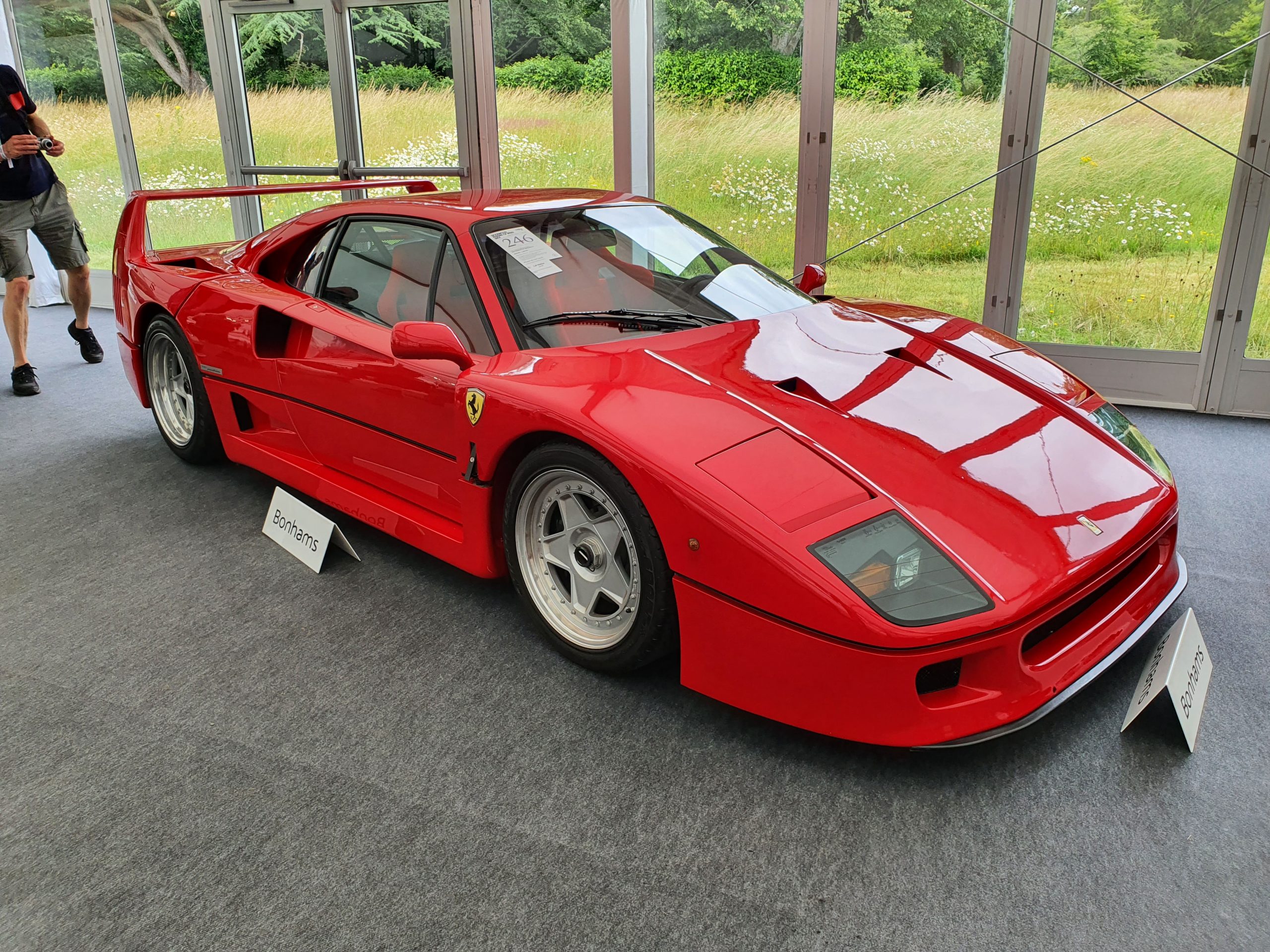 Evaluation: One of only 78 Ferrari F40s built for the UK market as well as a more desirable, clearer breathing non-catalytic converter and non-adjustable suspension model. First owned by Sir Paul Vesty, who in turn sold it to the Earl of Mexborough in 1993. A claimed 17,789 km from new with full Ferrari service history including a 250-hour detailed restoration in 2015 and a cambelt change in late 2020.

Superb paint finish with the carbon weave correctly showing through as it should on the early models. The alloys are slightly pitted. The engine looks exactly right for a 31-year-old F40. The rear quarter window has fine scratches which could potentially be polished out. The interior looks very well kept and the red seat cloth looks new with no marks at all. The impressive exhaust surfaces are shiny and polished. A good showing from an achingly gorgeous car.

Bottom Line: With 1315 examples produced the F40 isn’t exactly rare by the standards of Ferrari halo cars, but it is – forgive the automotive cliché here – an icon, and good examples have been (in dollar terms) seven-figure cars since the mid-2010s. This one is desirably configured, but even given its condition and mileage this is a somewhat modest result. Bidding opened at £700,000 and had a slow back and forth between the internet and a bidder in the room, the latter of whom won out. 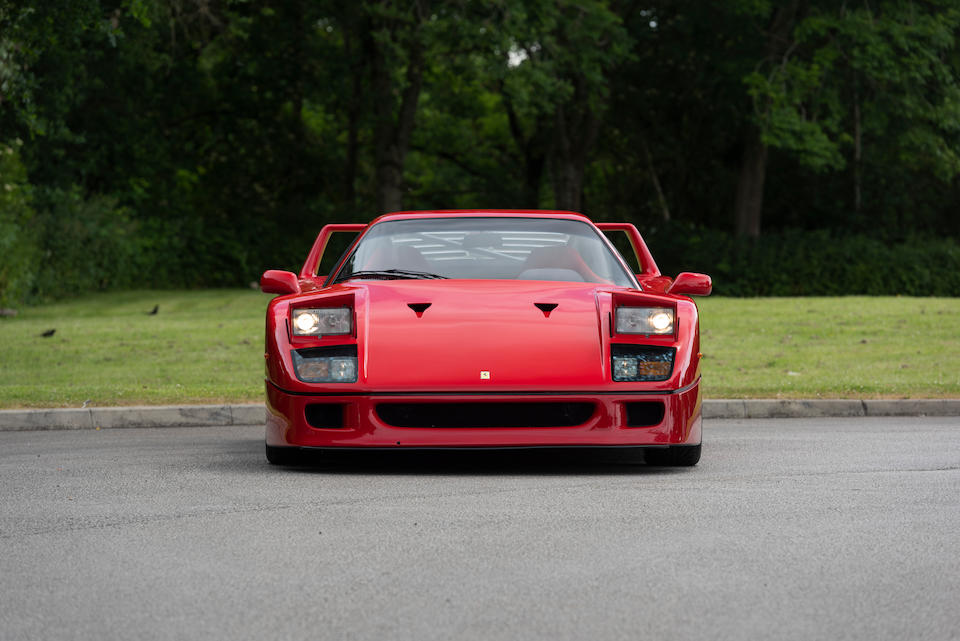 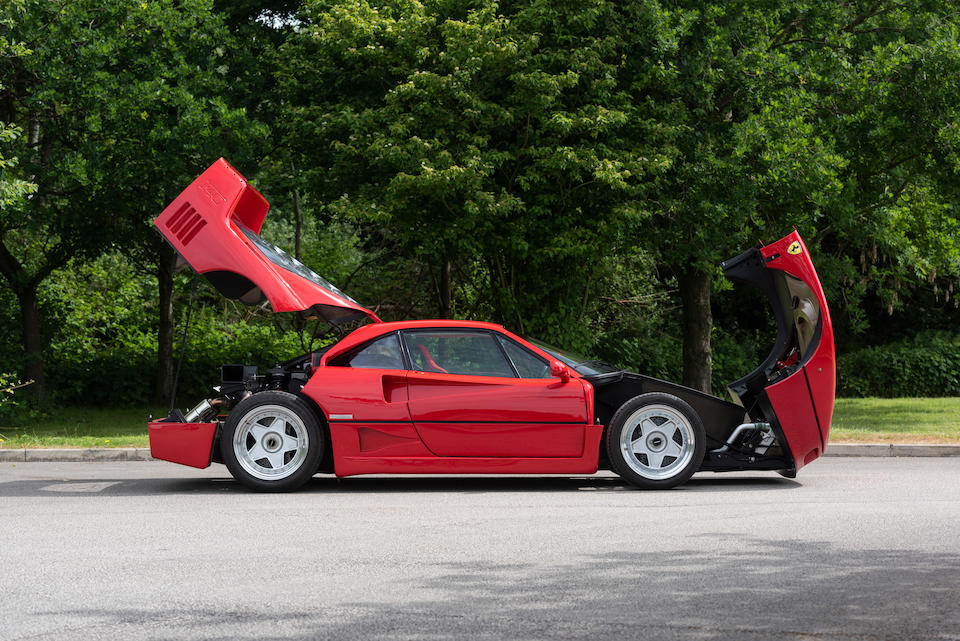 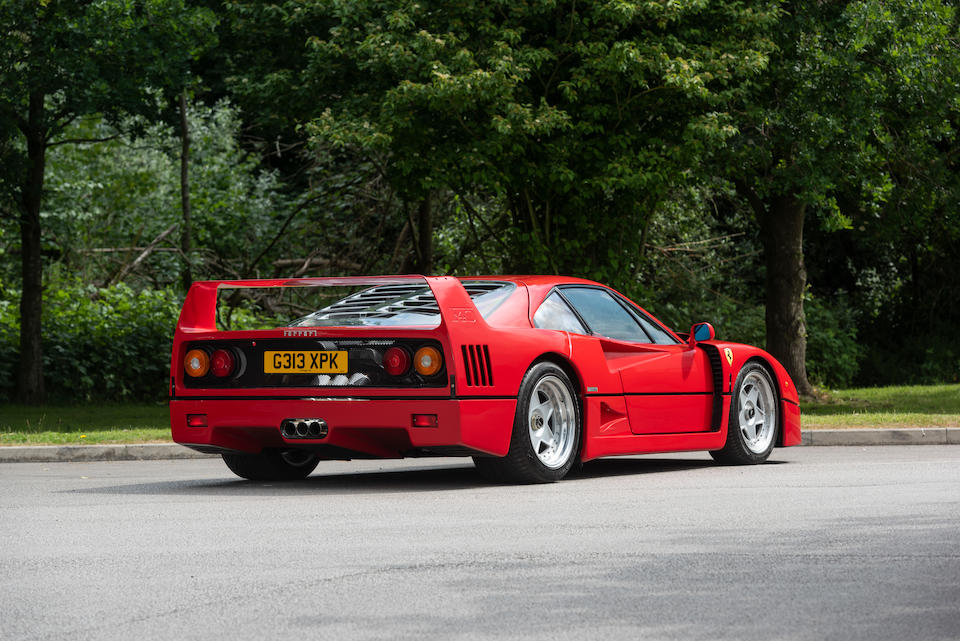 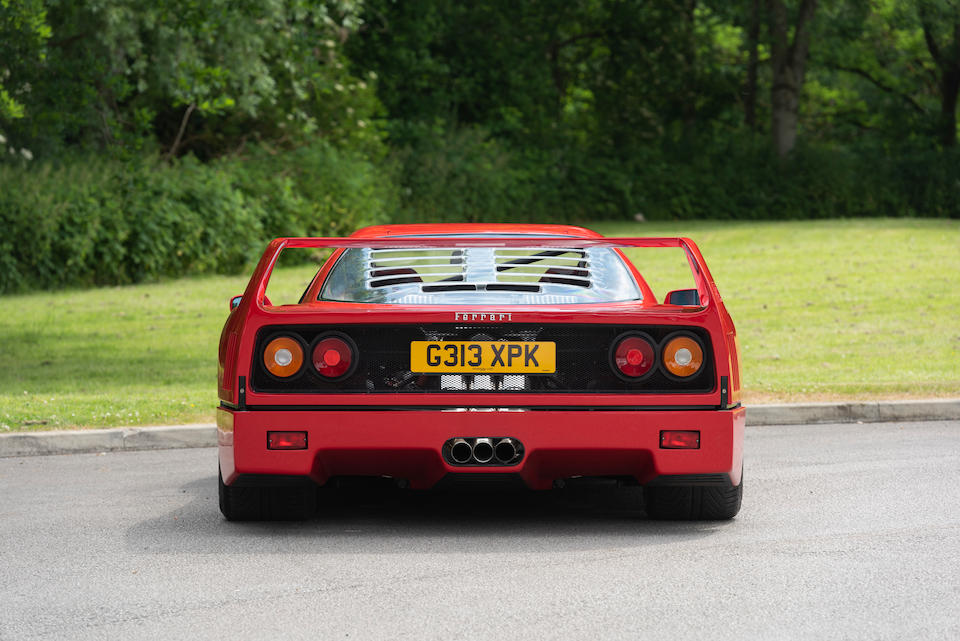