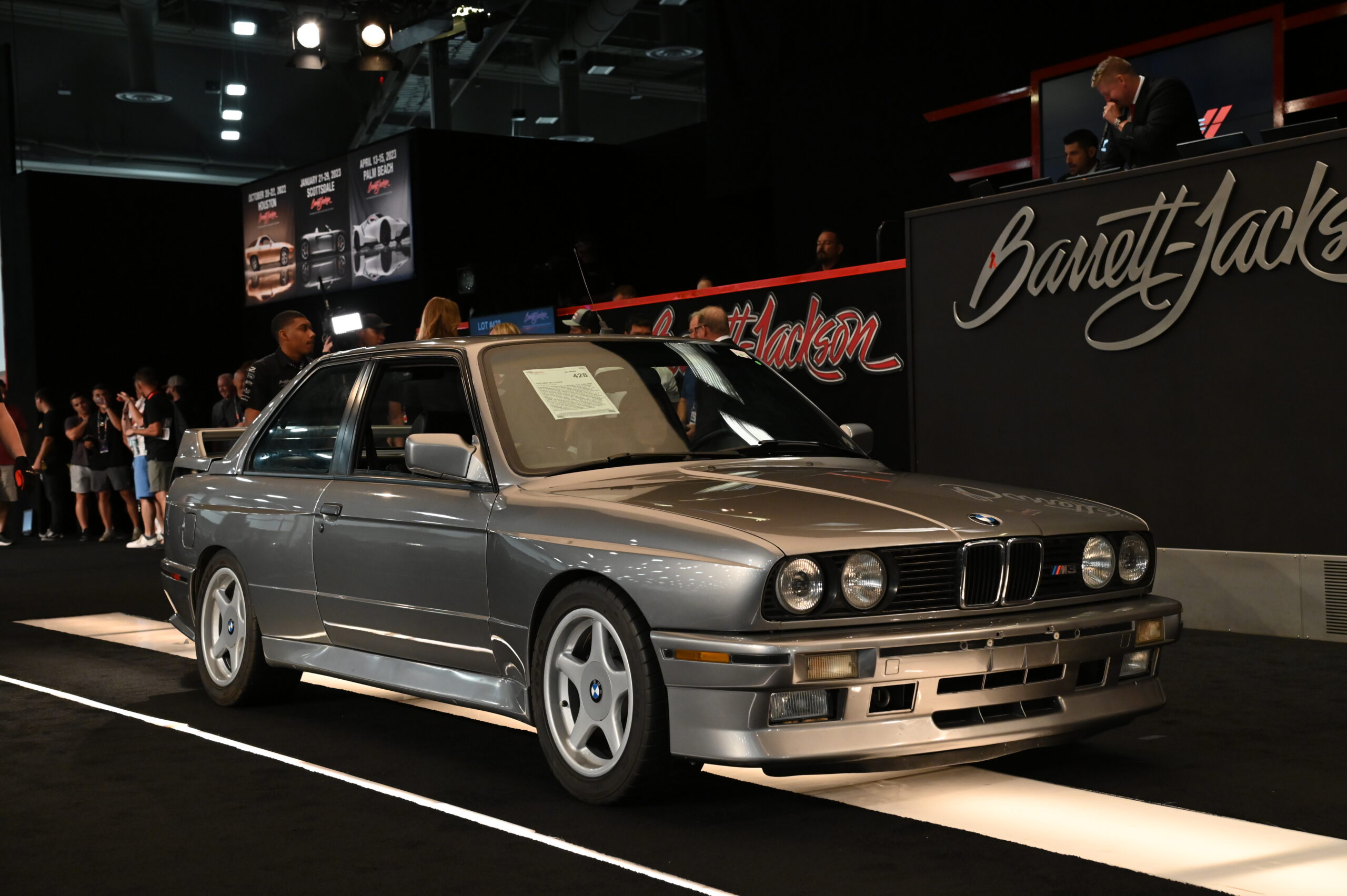 Evaluation: Major service in 2020-21, and showing 92,091 miles. Some chips and scratches on the nose, faded paint on the roof, and lots of small rock chips in the windshield. Some dirt and dust under the hood. Good, lightly worn interior. A used E30 M3 that’s good enough to scoot around in and not take too seriously.

Bottom Line: This M3 was a $47,000 no-sale on Bring a Trailer about a year ago, and that listing revealed an odometer rollback under previous ownership that wasn’t apparent in Barrett-Jackson’s description. But high miles does at least mean it has been kept up with and never left wanting for anything. That mileage inconsistency is always going to be a blemish on this car, but for someone who wants an E30 M3 to drive and enjoy rather than park with the cool kids at Radwood, it doesn’t matter as much. This is a fair price for it all things considered, and for a driver it makes a lot more sense than the many six-figure show queen M3s out there.