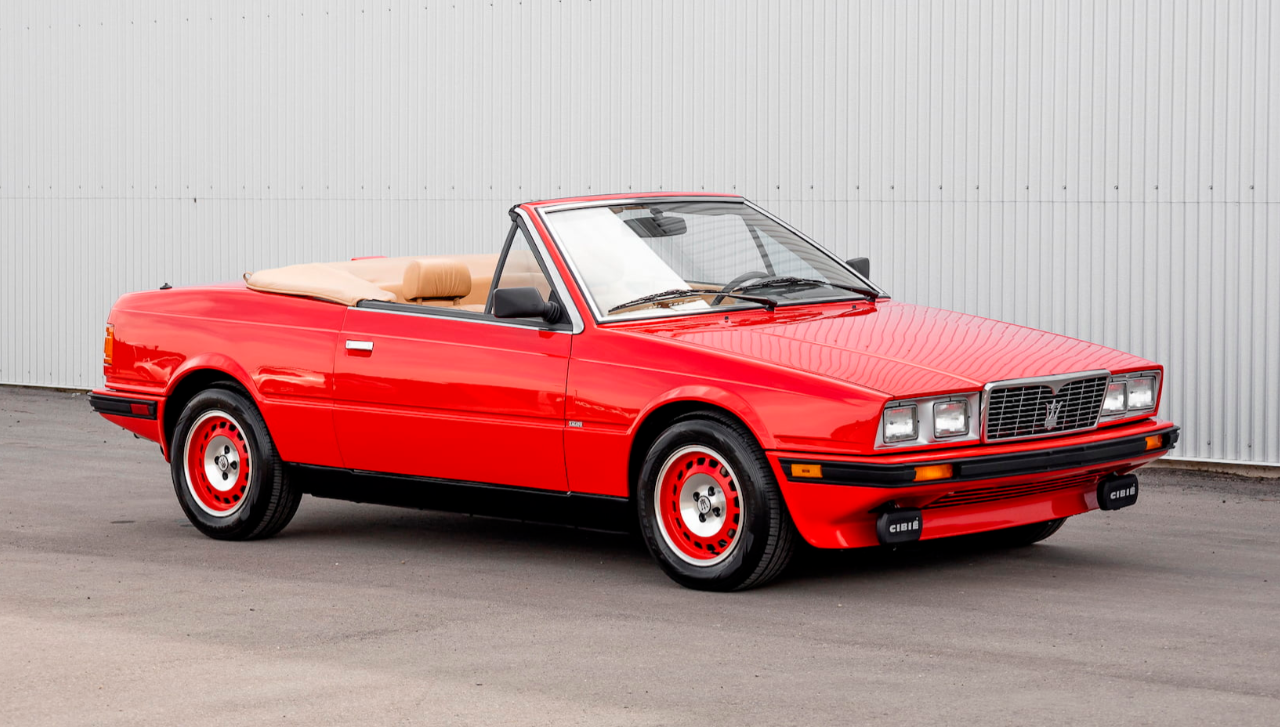 Evaluation: Showing 21,911 miles, and that’s a reasonable number. There isn’t much history represented, but this is the nicest Biturbo I’ve ever seen, not that the standards are that high as many of these were trashed years ago. The paint and interior barely look three years old, let alone 35, and the wheels look brand new. Provided there aren’t any big bills waiting under the hood this could be a great car for someone eccentric enough to actually want a Biturbo.

Bottom Line: If you ever said “I’m thinking about buying a Maserati Biturbo at auction” to any of your enthusiast friends, they’d shake you and tell you to snap out of it. It’s the Maserati everybody loves to hate, and there are reasons for that.

Shortly after Alejandro DeTomaso took control of Maserati in the mid-1970s, he elected to develop a mass-produced and low-cost (by Maserati standards) performance car in an effort to keep the company solvent. The result was the Biturbo, which hit US shores in 1984. The Biturbo got incrementally better and eventually birthed some neat 1990s spinoffs like the Karif and Shamal, but only the Biturbo was sold here until 1990 and its reputation is, let’s say, a little tarnished. Inconsistent build quality, carb/turbo problems and spotty dealer support didn’t do the car any favors. Neither did the cost of parts, the complicated maintenance, and the fact that values for the Biturbo depreciated like a stone and pretty much stayed there while the price of parts and service stayed expensive. It’s a familiar story with complex specialty cars.

Many of the Biturbos still riding on all four wheels are little more than parts cars, but this one is an absolute stunner treated like something a lot more precious than it is. It sold for $50,925 on Bring a Trailer in May 2022, from one of the premier sellers on that platform who deals in low-mile specialty cars and has pro-quality photos on all his listings. The presentation wasn’t quite so glitzy at Mecum and the excitement of someone actually having a mint Biturbo had apparently worn off a bit, which is likely what explains the price dropping by almost half. We’re not sure whether that BaT buyer had buyer’s remorse, decided they didn’t like the car or something else, but this certainly isn’t the first time somebody lost money on an old Maserati. 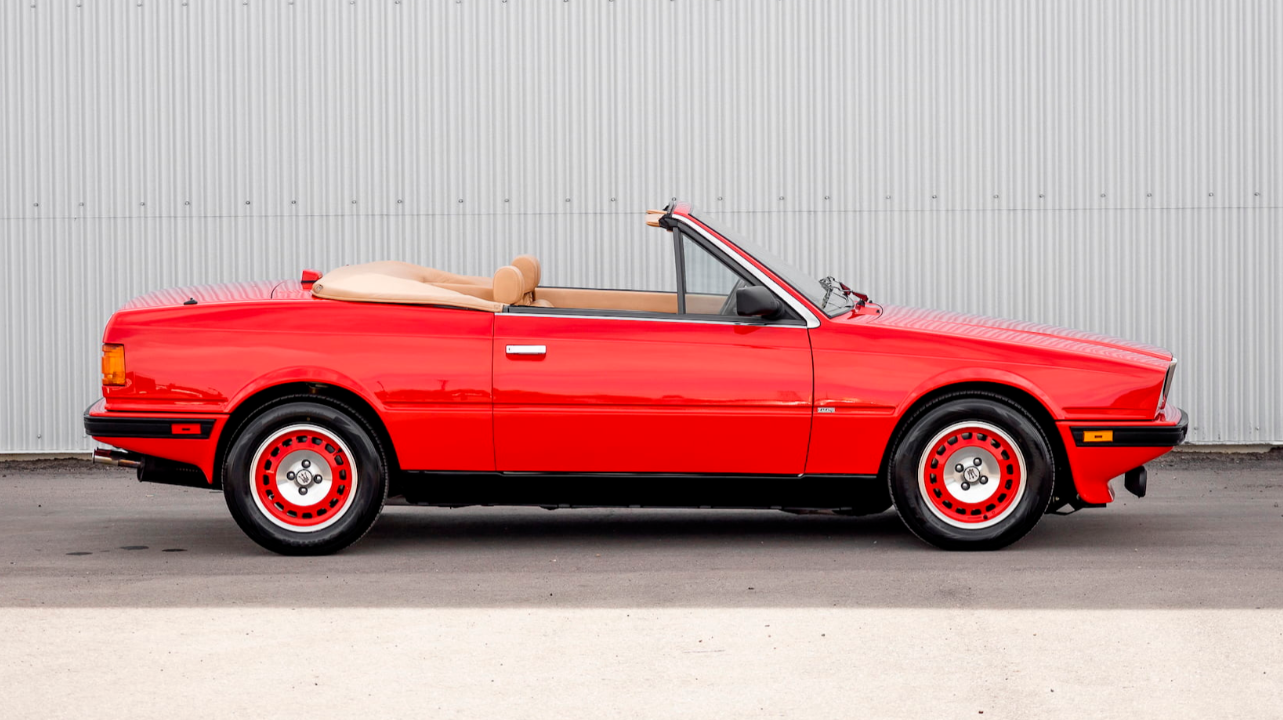 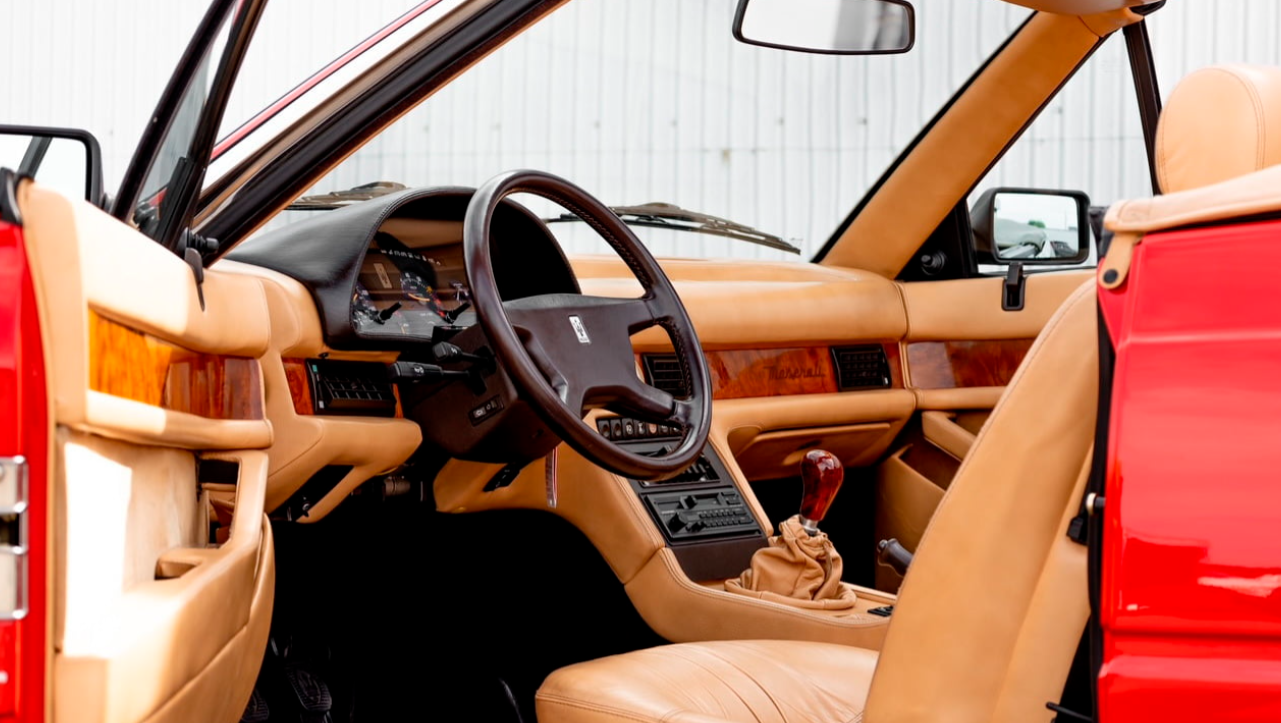 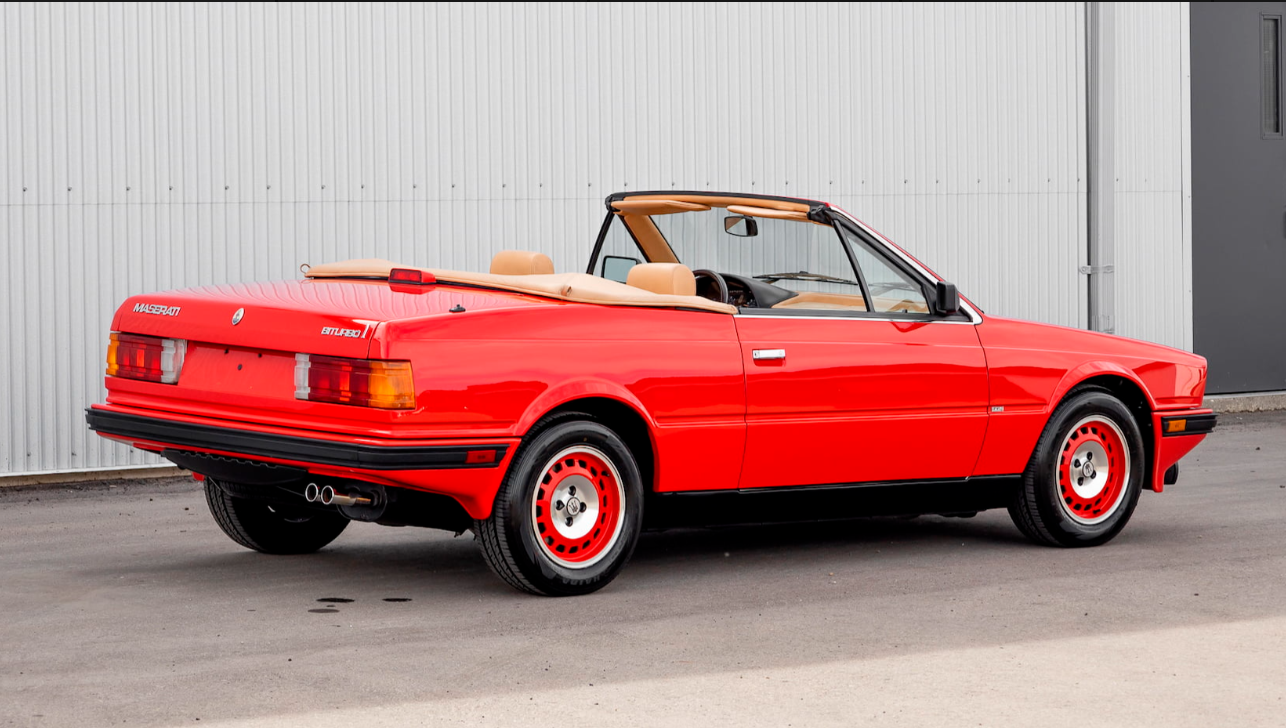