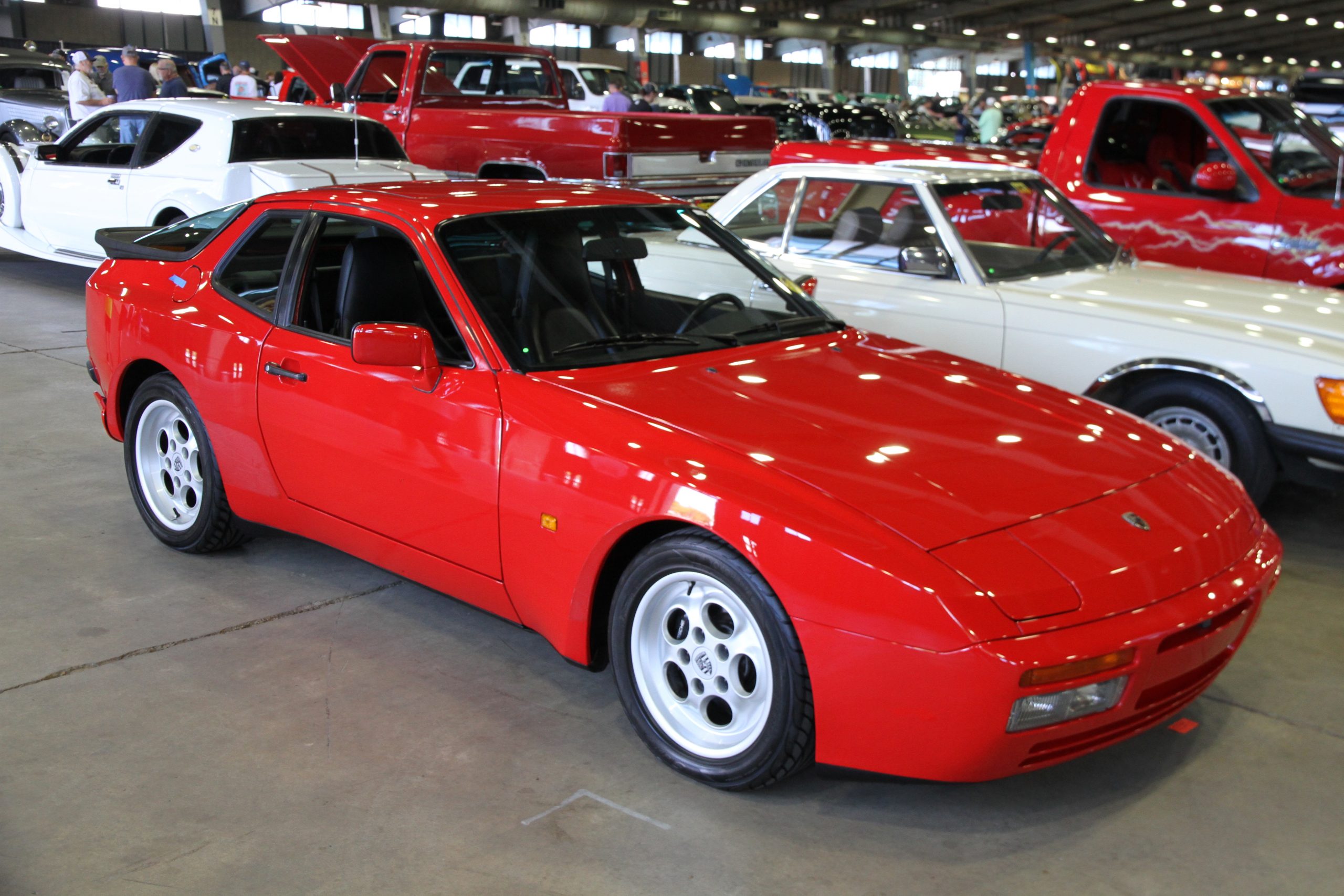 Evaluation: Showing 5388 miles and stored carefully. Aside from a tiny ding in the exhaust tip, it looks nearly new and there is no visible reason to doubt that the 5388 miles are all it’s ever covered..

Bottom Line: Car and Driver dubbed the Porsche 944 the “Best Handling Production Car in America,” but criticisms about the four-banger’s power, or lack thereof, were common. Porsche rectified that in 1986 with a Turbo model, although it was expensive (over twice as much as an IROC-Z Camaro) and delivered its extra grunt in a delayed, sudden burst like so many early turbocharged performance cars. 944 Turbos are more likely to be babied by Porschephile owners than base cars, which more often fell into the hands of younger and more neglectful owners, but this example is still a standout. The price it brought is extremely high, a recognition of the fact that such low-mile cars almost never hit the market.