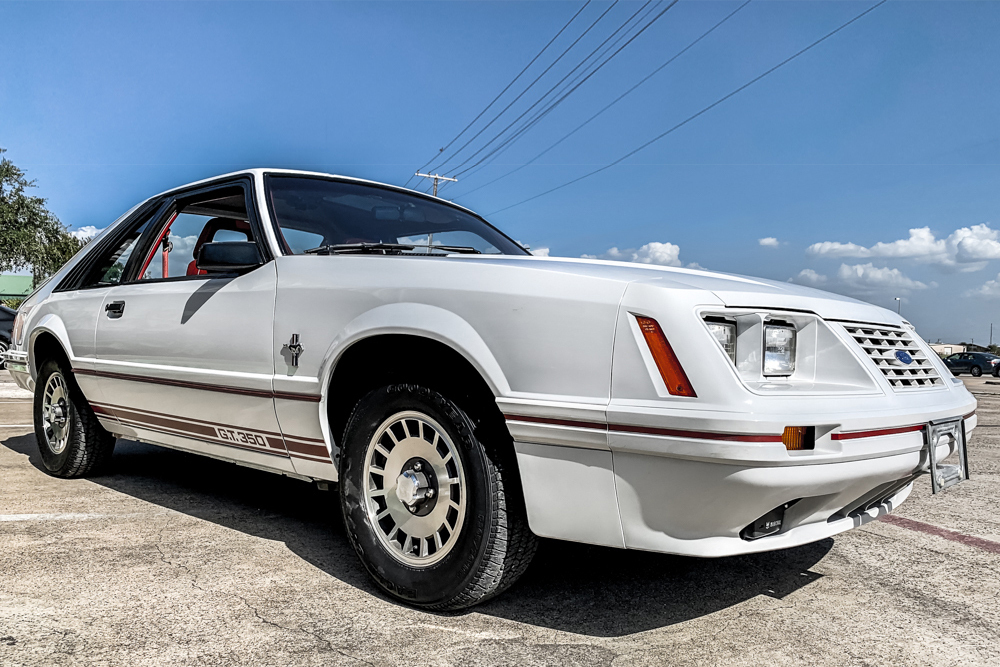 Evaluation: Unrestored original | Represented with 4804 actual miles and with its original tires. Looks like a time-warp car with few signs of any wear apparent in the photos. Located in Texas.

Bottom Line: The 1984 Mustang GT350 was available as either a hatchback or convertible. Ford built 5261 examples over a 35-day production run, making it a rare car by Mustang standards. It wasn’t exactly an instant collectible—this 20th anniversary “GT350” happened entirely without Shelby input and came with no performance goodies under the pretty white paint. These are only slightly more desirable than a run-of-the-mill 5.0 Fox-body today, but there’s a certain 121-mile convertible out there that Barrett-Jackson sold for an insane $71,500 four years ago and then again for $35,200 last year. The seller here likely had that car in mind, but a 20 grand high bid is more realistic and perfectly fair.

>
What we're watching at Mecum Kissimmee
A story about
Muscle CarYoungtimer