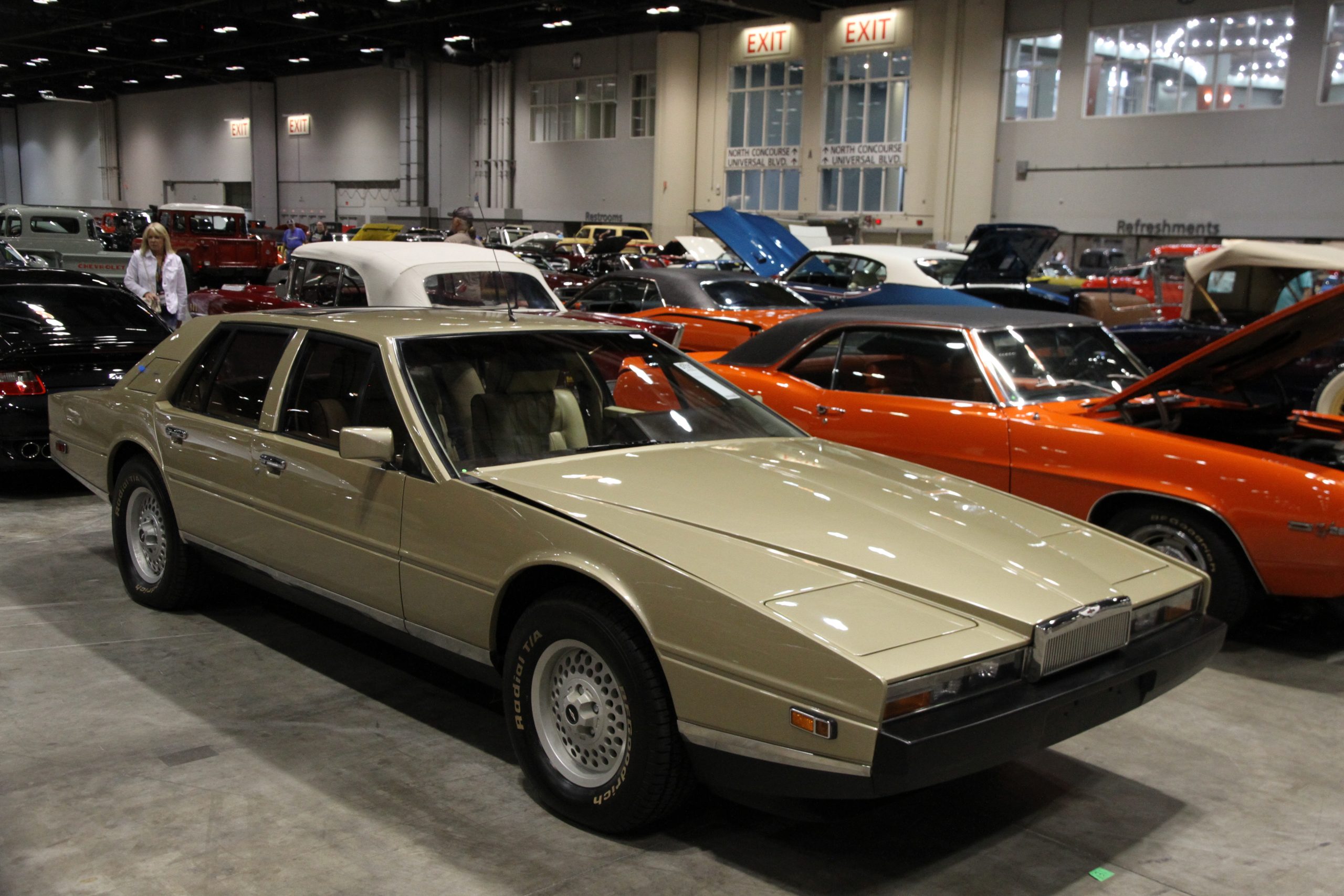 Evaluation: Formerly owned by Mike Tyson, and that may be the only appealing thing about this car. The hood won’t stay open, which may be an issue since a mechanic will likely be spending a lot of time under there in the near future. There’s no service history represented and the engine bay looks neglected. The underbody is a bit grimy, too. Decent repaint with some masking errors. The wheels look a bit rough. Decent leather, but the wood trim is cracking and there is no word if this car’s extensive (and prone to failure) electronics are working, which means they probably aren’t. Buying a visibly used Lagonda at auction, celebrity-owned or not, sounds like the start of a cautionary tale.

Bottom Line: Lagondas were darlings of the nouveau riche in their day, so it makes perfect sense that Mike Tyson had one in the garage. Iron Mike bought a lot of stuff for himself and his friends, and this car would have been just one in a stable that included a Bentley, Benz, BMW, Jag, Porsche, and Lamborghini. Its post-Tyson history is one big question mark and that’s a massive red flag.

Although the extreme William Towns-penned folded paper design is nice to look at, these cars can be ruinously expensive to fix and they often need a lot of fixing. At least two Orlando bidders didn’t seem to know or care, because this price would ordinarily buy either a restored or pampered original Lagonda. The car is far from a knockout, but it sold for a knockout price, and the new owner isn’t done spending money on it.