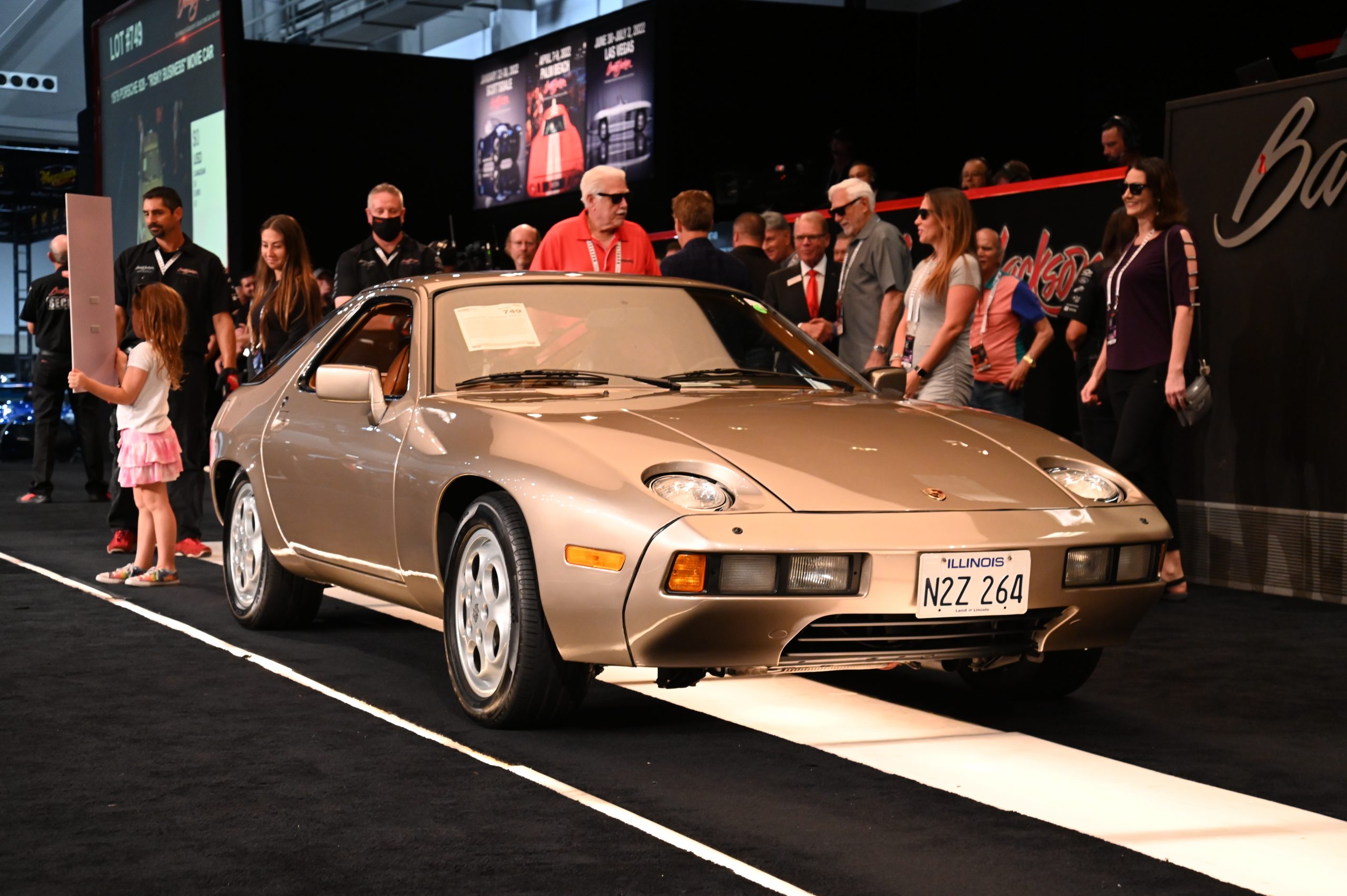 Evaluation: The hero car from the 1983 film Risky Business. One of three 928s used for the film but this one reportedly got the most screen time. Left the factory on white but repainted gold for the movie. Tom Cruise reportedly learned how to drive stick in his car. Later became the subject of a documentary on the filmmaker’s quest to find the car, and it was eventually discovered in California. Now refreshed to how it appeared in the film. It presents like a nearly new car and it would be a desirable, well-equipped early 928 even without Risky Business, but the movie magic is the main appeal here.

Bottom Line: Price Guides and valuation data are of little use here but, just for reference, $1.98M would buy you 25 very, very nice 928s. And $1.98M is a staggering amount of money, even for a movie car. Is Risky Business a famous film? Definitely. Is Tom Cruise a household name? Of course. But people remember that movie for Cruise dancing in the white shirt and socks or for that steamy scene on the train. The dad’s Porsche plays a big role, but not to the same degree as Frank Bullitt’s Mustang or 007’s DB5. After a long battle between several bidders on the phone it was one of the biggest surprises in an auction full of surprisingly pricey cars. It is also now the most expensive front-engine Porsche ever sold at auction, two and a half times more expensive than the previous record – a $792,000 for a 968 Turbo S sold by Gooding & Co. back in May.

>
Thursday recap: High energy and big sales, but signs of softening prices
A story about
Barrett-JacksonPorsche