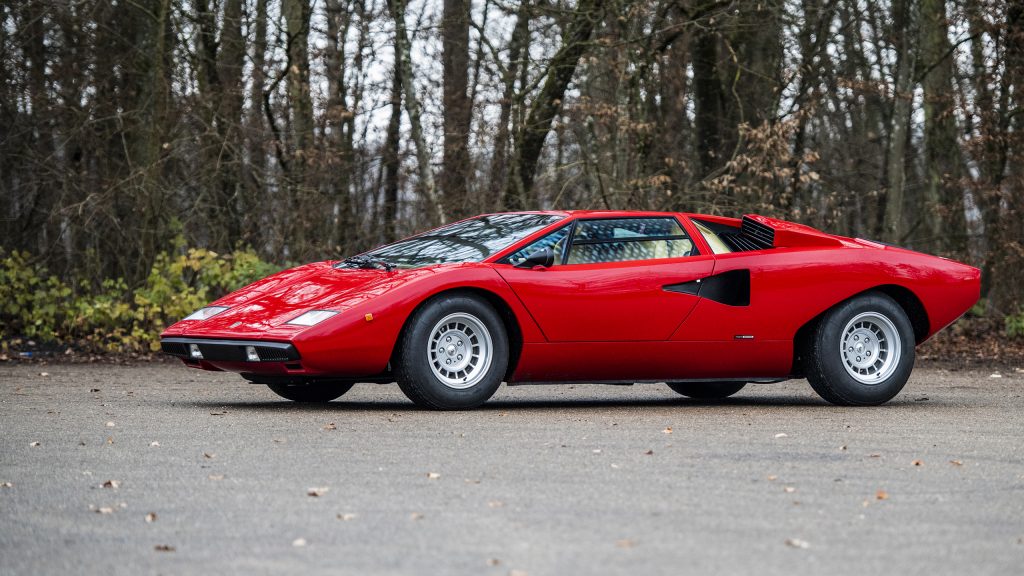 Evaluation: Bought new by Rod Stewart and delivered in Australia. Later converted to left-hand drive after he brought it to the United States, then further modified in California with the roof taken off, fender flares and wider wheels. Later restored to its original Periscopio appearance. Represented to be the original engine. Very clean underneath, and maintained with some new parts. A few small chips and scratches in the paint but it is mostly good. The wheels are a little dull and the tires look old. Excellent interior. Cut up in period, but that is arguably balanced out by the rock star provenance.

Bottom Line: This car hammered not sold at a €700,000 ($766,500) high bid at Artcurial Retromobile last year. It was generously estimated here and generously priced for its intriguing celebrity history. This is Miura money, and over twice what other very good early Countaches have sold for. Even under the low estimate it is seriously expensive. 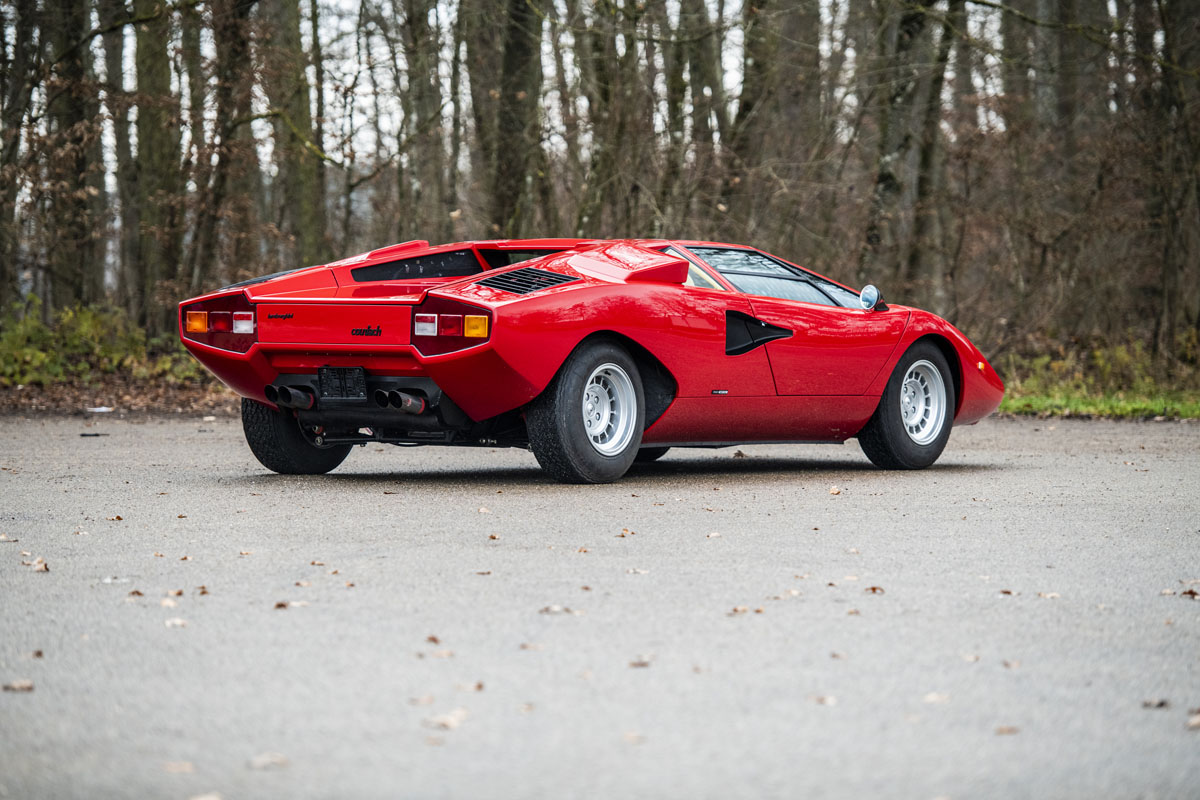 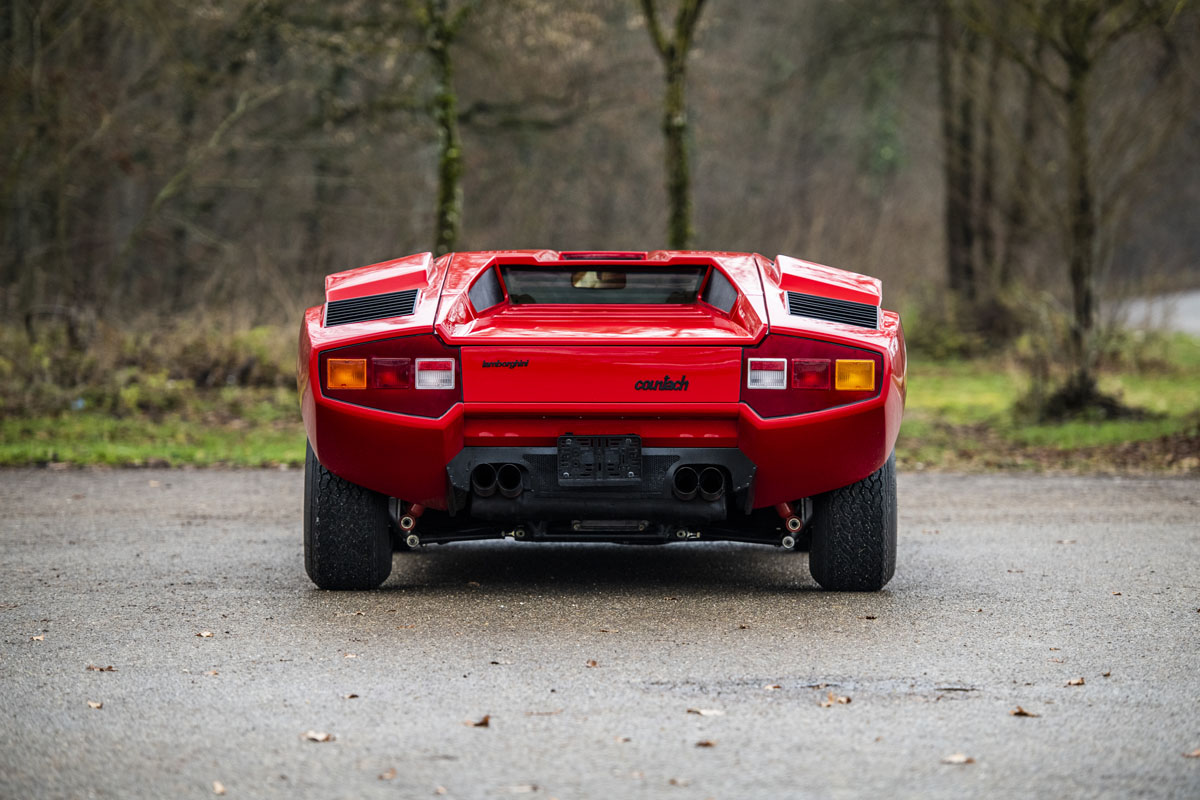 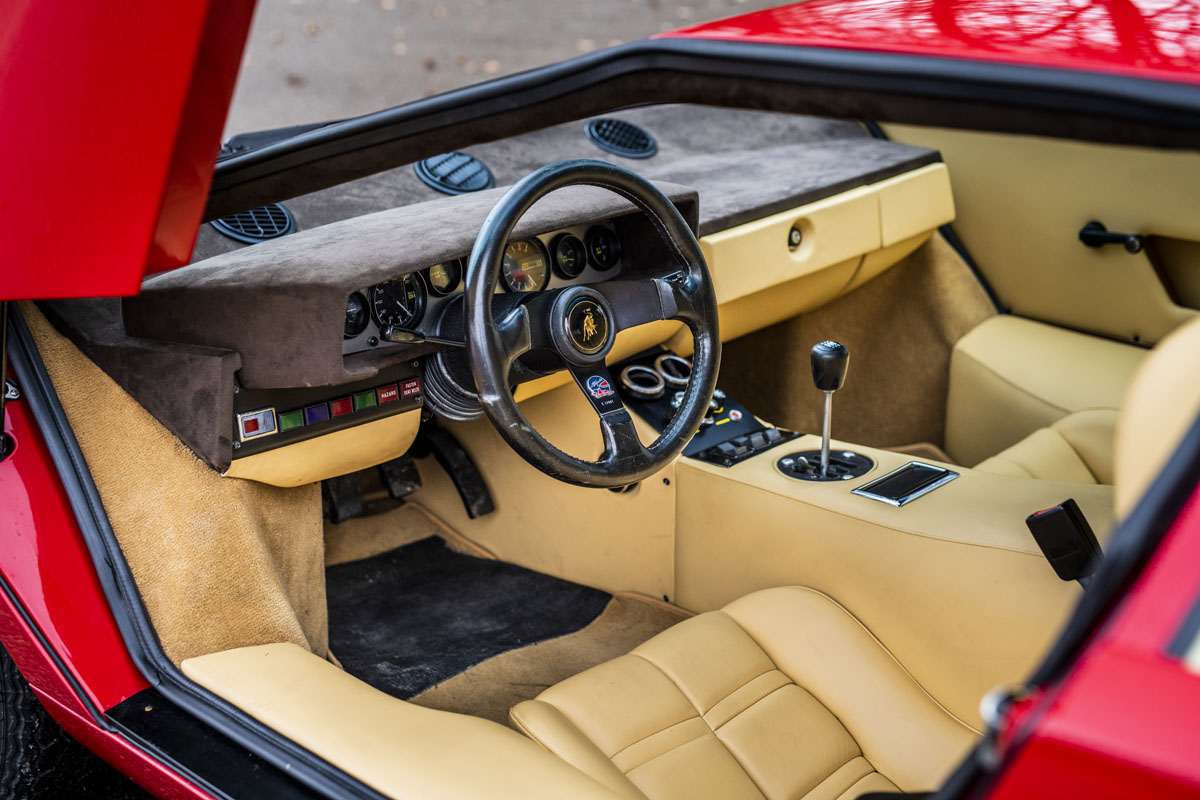 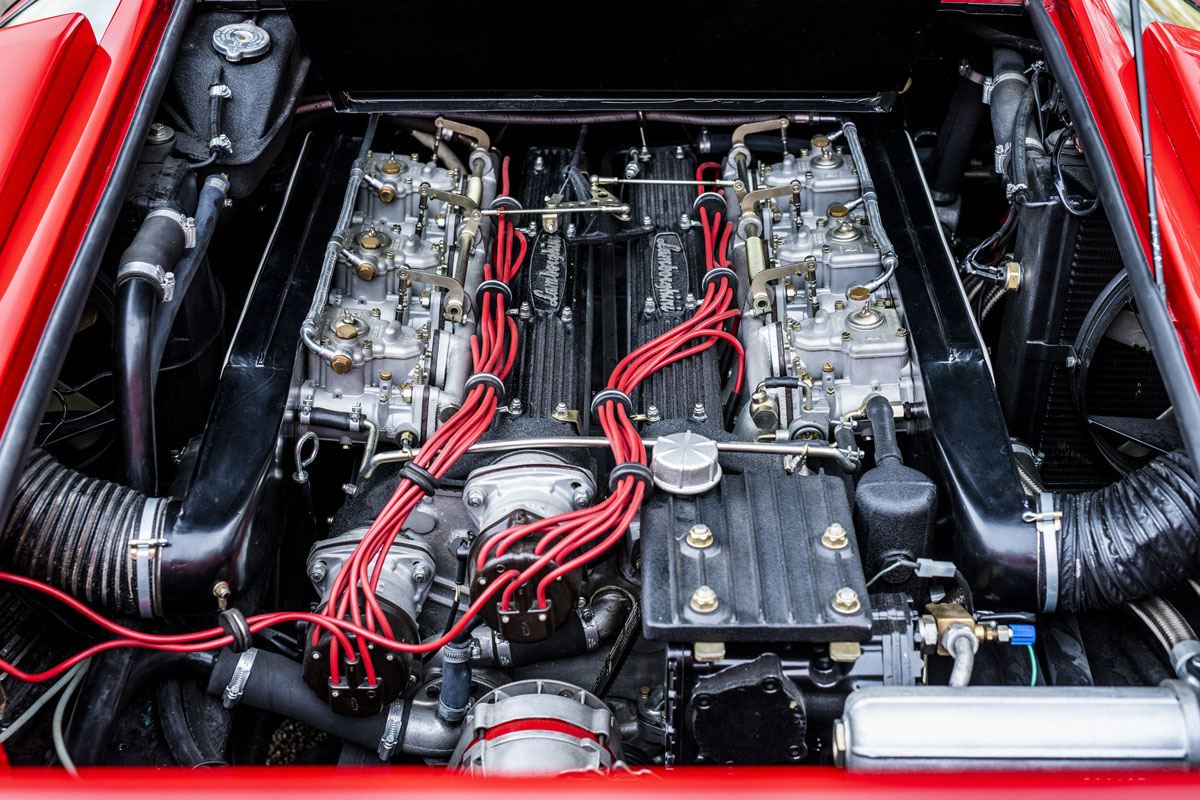 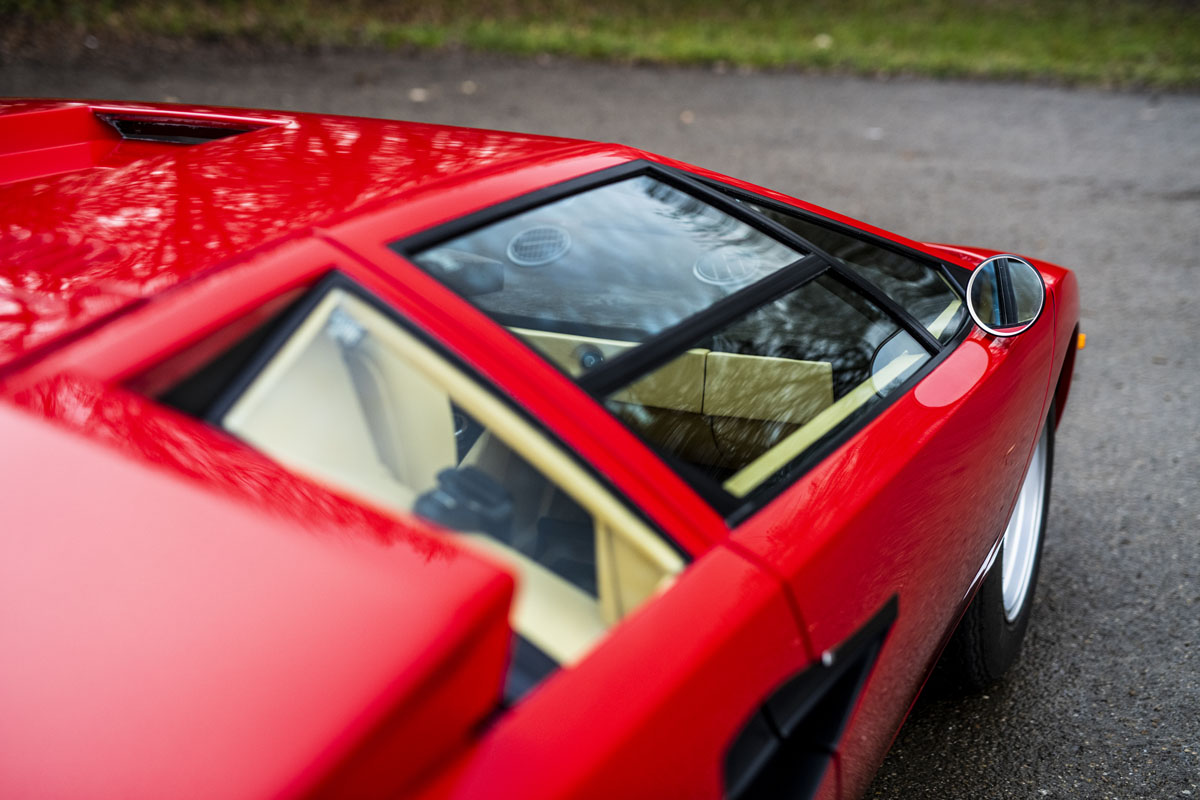 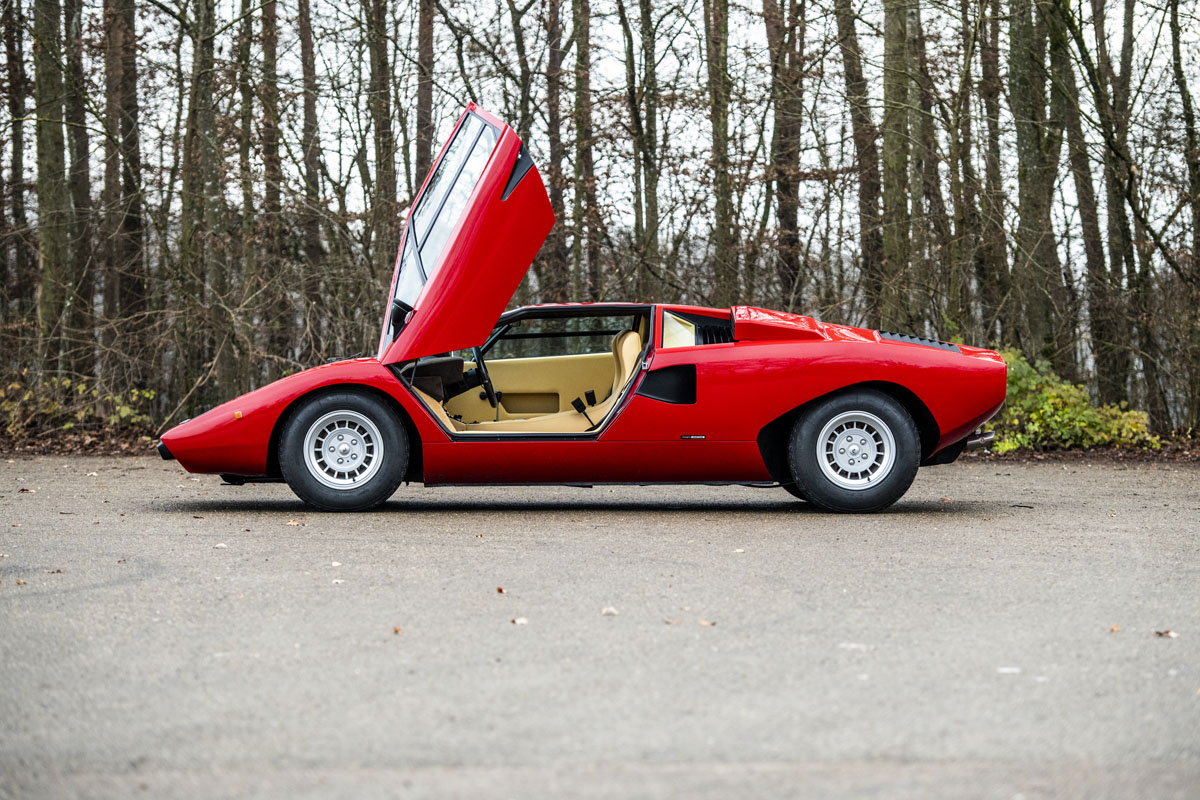 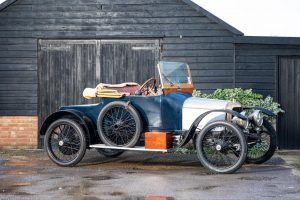 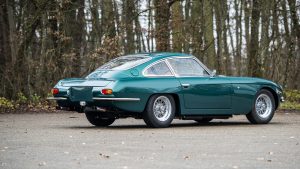 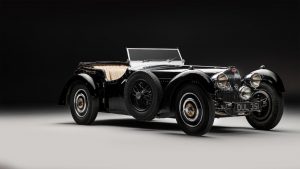 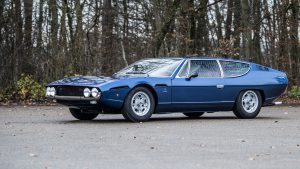 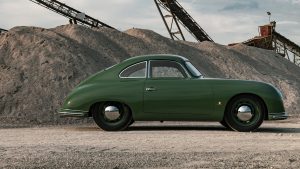 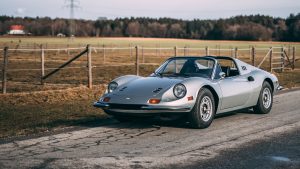 Thank You!
Your request will be handled as soon as possible
Share
Facebook
Twitter
LinkedIn
Email
Condition definitions
Condition #1: Concours
Condition #1 vehicles are the best in the world. The visual image is of the best vehicle, in the right colors, driving onto the lawn at the finest concours. Perfectly clean, the vehicle has been groomed down to the tire treads. Painted and chromed surfaces are mirror-like. Dust and dirt are banned, and materials used are correct and superbly fitted. The one word description for #1 vehicles is “concours.“
Condition #2: Excellent
#2 vehicles could win a local or regional show. They can be former #1 vehicles that have been driven or have aged. Seasoned observers will have to look closely for flaws, but will be able to find some not seen by the general public. The paint, chrome, glass and finishes will all appear as excellent. No excessive smoke will be seen on startup, no unusual noises will emanate from the engine. The vehicle will drive as a new vehicle of its era would. The one word description for #2 vehicles is “excellent.“
Condition #3: Good
#3 vehicles could possess some, but not all of the issues of a #4 vehicle, but they will be balanced by other factors such as a fresh paint job or a new, correct interior where applicable. #3 vehicles drive and run well, but might have some incorrect parts. These vehicles are not used for daily transportation but are ready for a long tour without excuses, and the casual passerby will not find any visual flaws. “Good” is the one word description of a #3 vehicle.
Condition #4: Fair
#4 vehicles are daily drivers, with flaws visible to the naked eye. The chrome might have pitting or scratches, the windshield might be chipped. Paintwork is imperfect, and perhaps the body has a minor dent. Split seams or a cracked dash, where applicable, might be present. No major parts are missing, but the wheels could differ from the originals, or other non- stock additions might be present. A #4 vehicle can also be a deteriorated restoration. “Fair” is the one word that describes a #4 vehicle.
Condition #5: Poor
Running, but battered, incomplete, and perhaps rusty.
Condition #6: Parts car
Parts car.
N/A
Hagerty only assigns condition ratings to vehicles we can inspect in person or, for online listings, via high-quality photography.