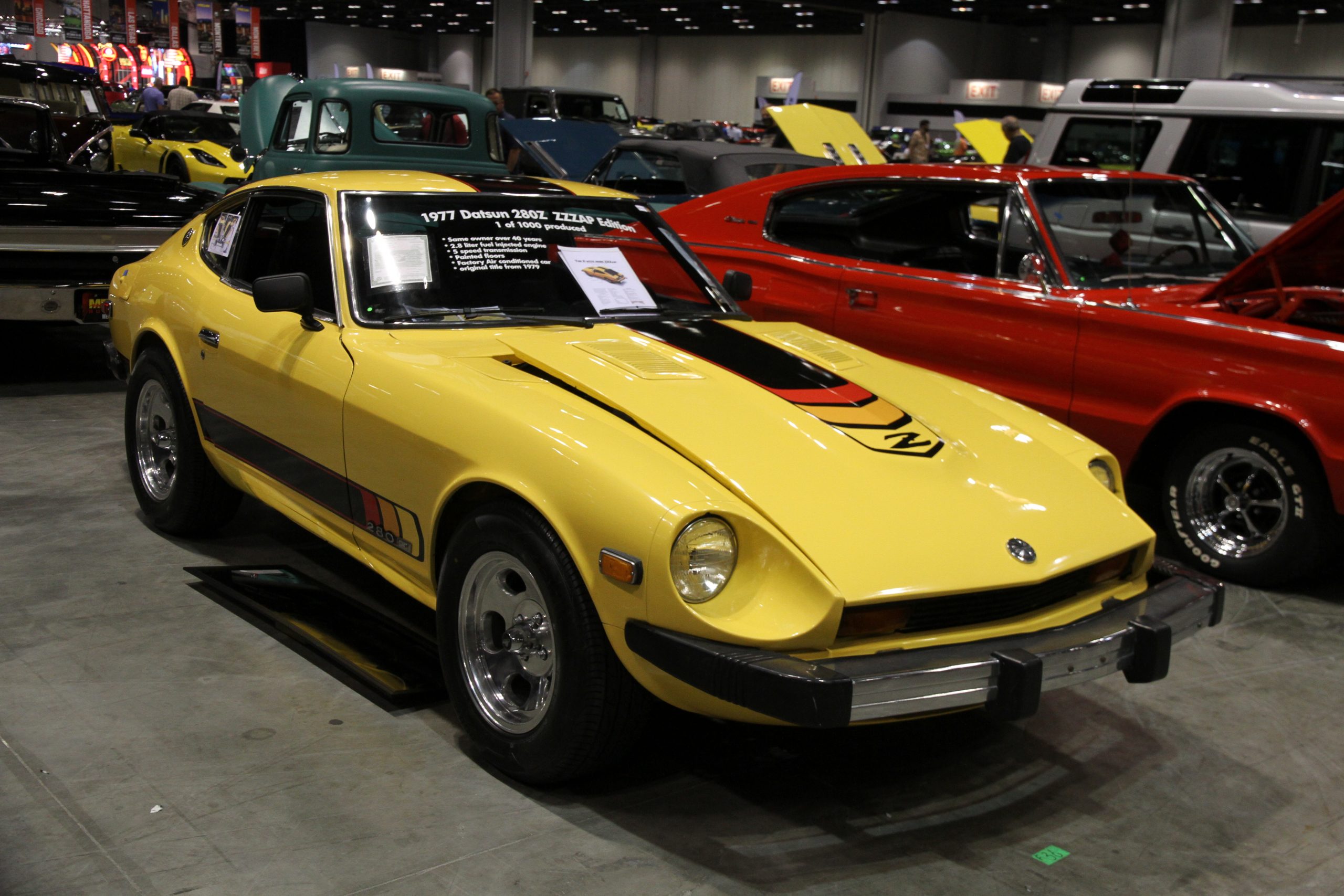 Evaluation: One of 1000 ZZZap Editions built, which was a “Special Decor Package”. Clean engine bay. Repainted and mostly restored underneath. Clean mostly original interior. With the same owner since 1979. Good enough to drive and enjoy.

Bottom Line: When the original Z-Car was starting to show its age later in the ’70s, Datsun did a very ’70s thing to attract some more attention and introduced a graphics package. But that’s not the whole story with the “ZZZap” edition 280. Nissan/Datsun also promoted the car with a video game called “280 ZZZAP” in 1977. The arcade racing game was one of the very first of its kind with promotional branding attached to it, and in it the player drives a 280Z through a tricky road course at night.

As for the actual ZZZap cars themselves, they’re a rare sight and mostly an obscure bit of trivia for anybody other than diehard Datsun fans, but this one attracted a fair bit of attention in Orlando and this is a strong but not outrageous price for it.