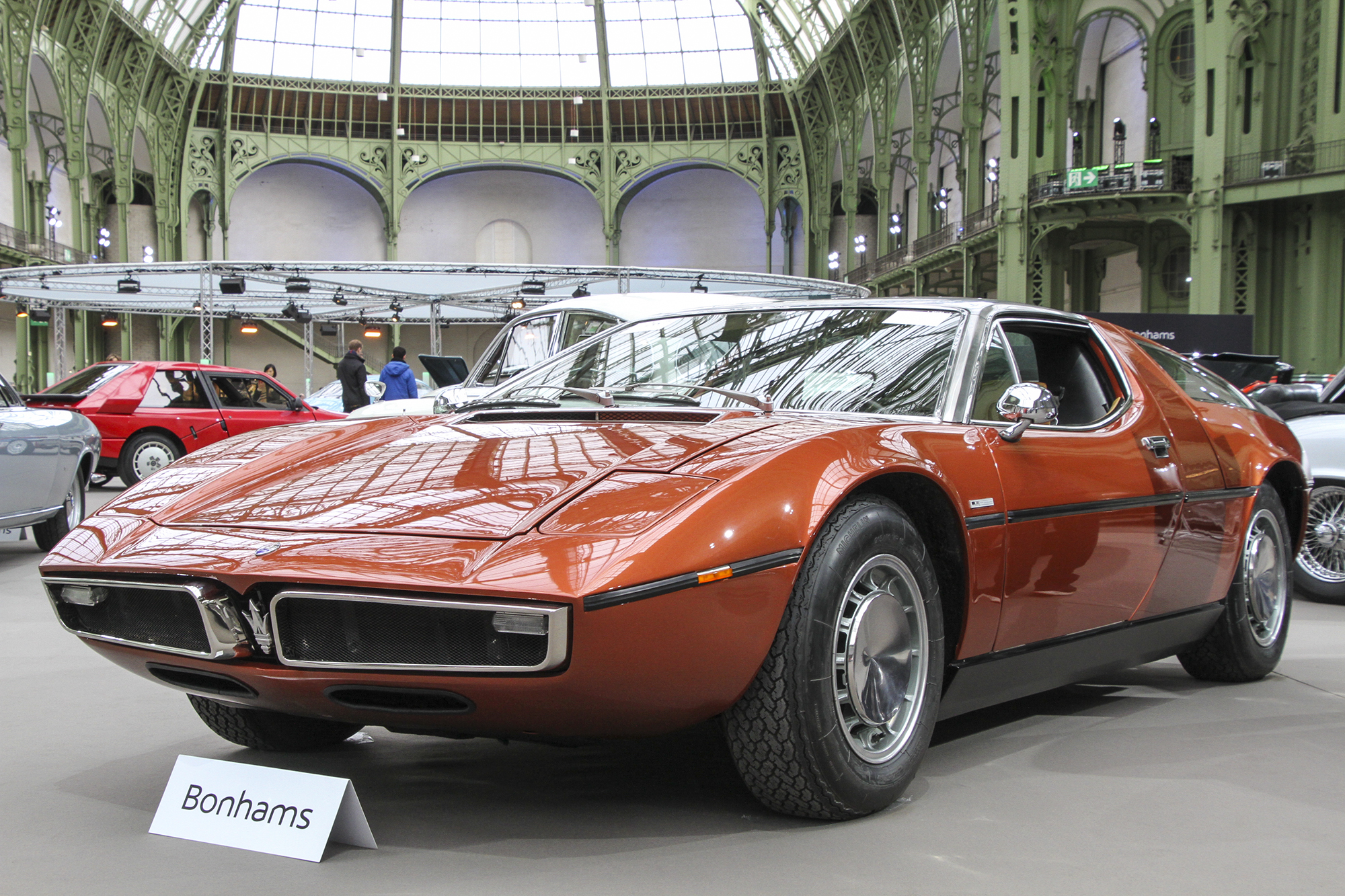 Evaluation: Recent restoration | Represented as matching numbers and sold new in the United States, then restored in 2016 and converted to Euro specs. Light oxidation on the front grilles. Good chrome on the front but the rear bumper is scratched. High-quality, clean repaint other than a handful of tiny chips on the front of the car. The stainless-steel roof has some light scratches, which might come out with a professional detailing, as well as a small dent on the roof (which definitely won’t buff out). Windshield is delaminating at the top and bottom. Very good, mostly original interior. Looks partially restored underneath, with a mix of newer and older components. A solid, restored car in the best specs and in a rare color, but far from like-new.

Bottom Line: Compared to the equivalent Ferraris and Lamborghinis, these mid-engine Maseratis are a little bit less striking, a little bit slower, and they don’t come with a V-12. They’re a tempting value, though, at least in the world of impractical vintage exotics. This one sold post-block at an appropriate price, which is still 100 grand cheaper than an equivalent Ferrari 512 BB.