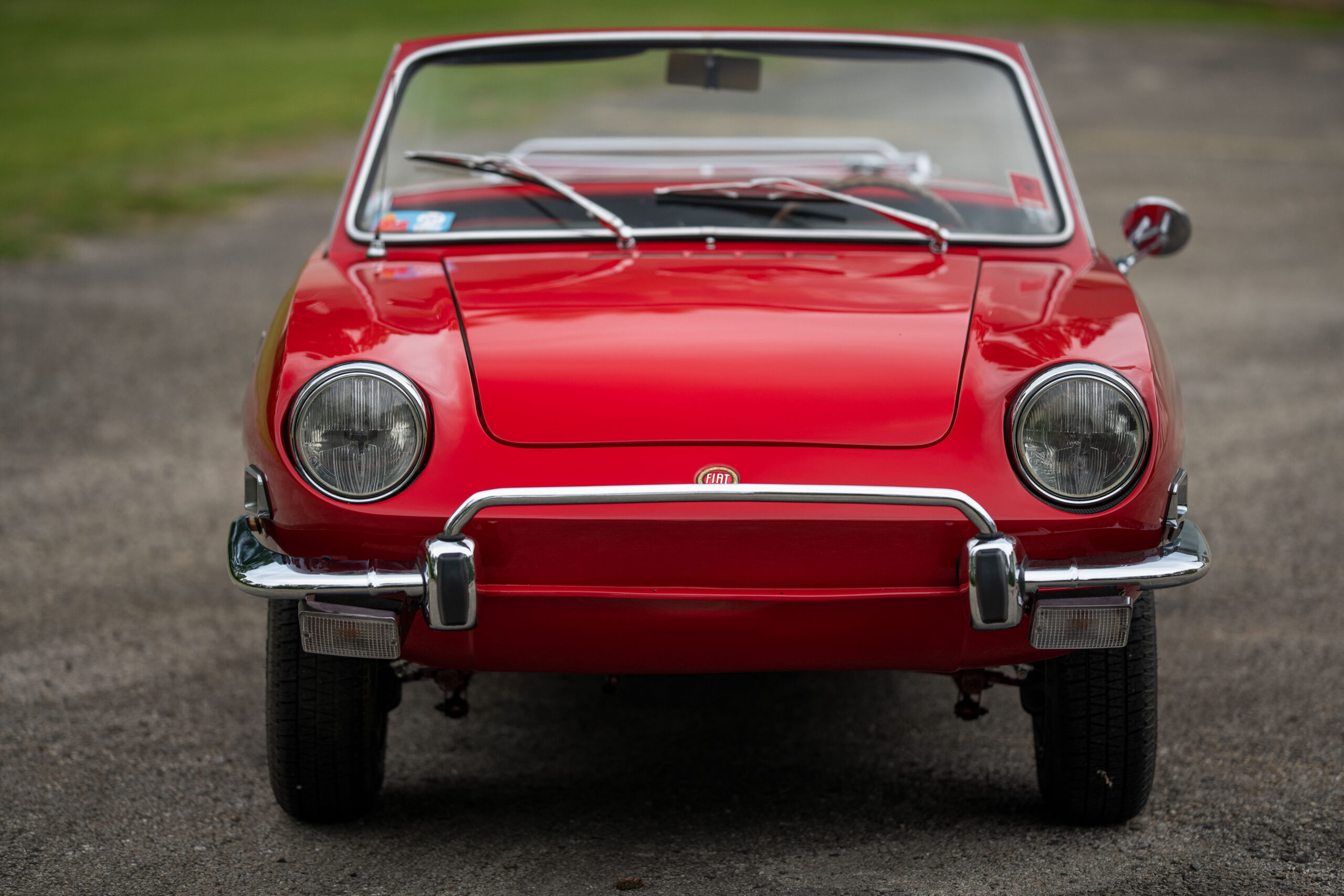 Evaluation: Lovely paint with a tiny scratch on the left front fender. A little bit of dirt on the wheels. The doors stick out slightly at the bottom and the car looks like it’s sitting too low on the rear suspension. Clean underneath with thick paint on the frame. Good upholstery. Original-looking dash and gauges. A cute car, cleaner than most 850 Spiders, and a lot of charm for the money.

Bottom Line: The Fiat 850 was a huge seller in its basic two-door sedan form, with nearly 1.8M built. A handsome fastback coupe version also found over 340,000 buyers. But the best known model in this country is probably the Bertone styled Spider, built from 1967-73. As with many cheap, rust-prone convertibles, though, there aren’t a ton of survivors out there and it is always nice to see a clean one like this. The bidders thought so, too, putting it at the high end of its estimate (and price guide) range, but it’s hard to argue that the car didn’t deserve it. 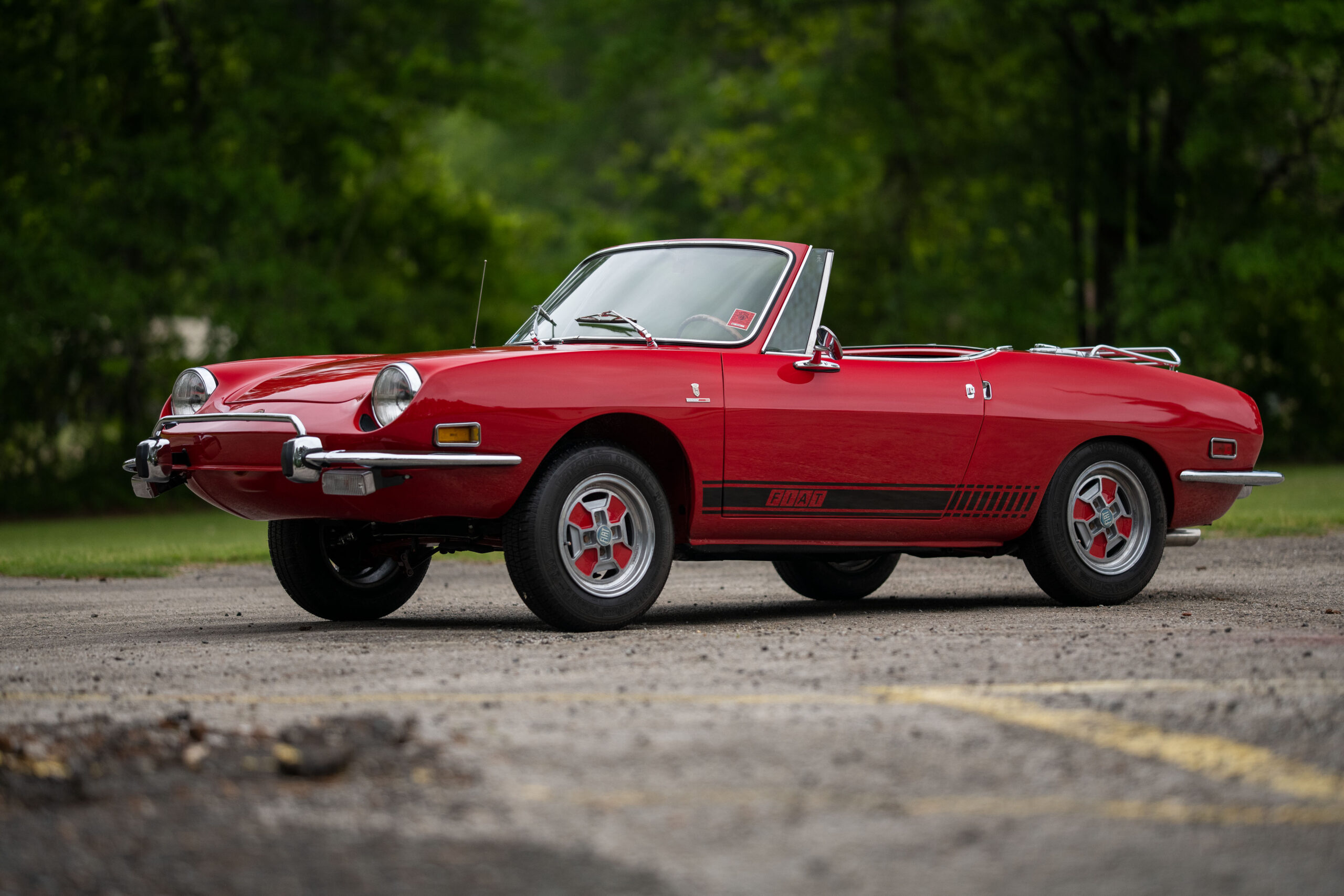 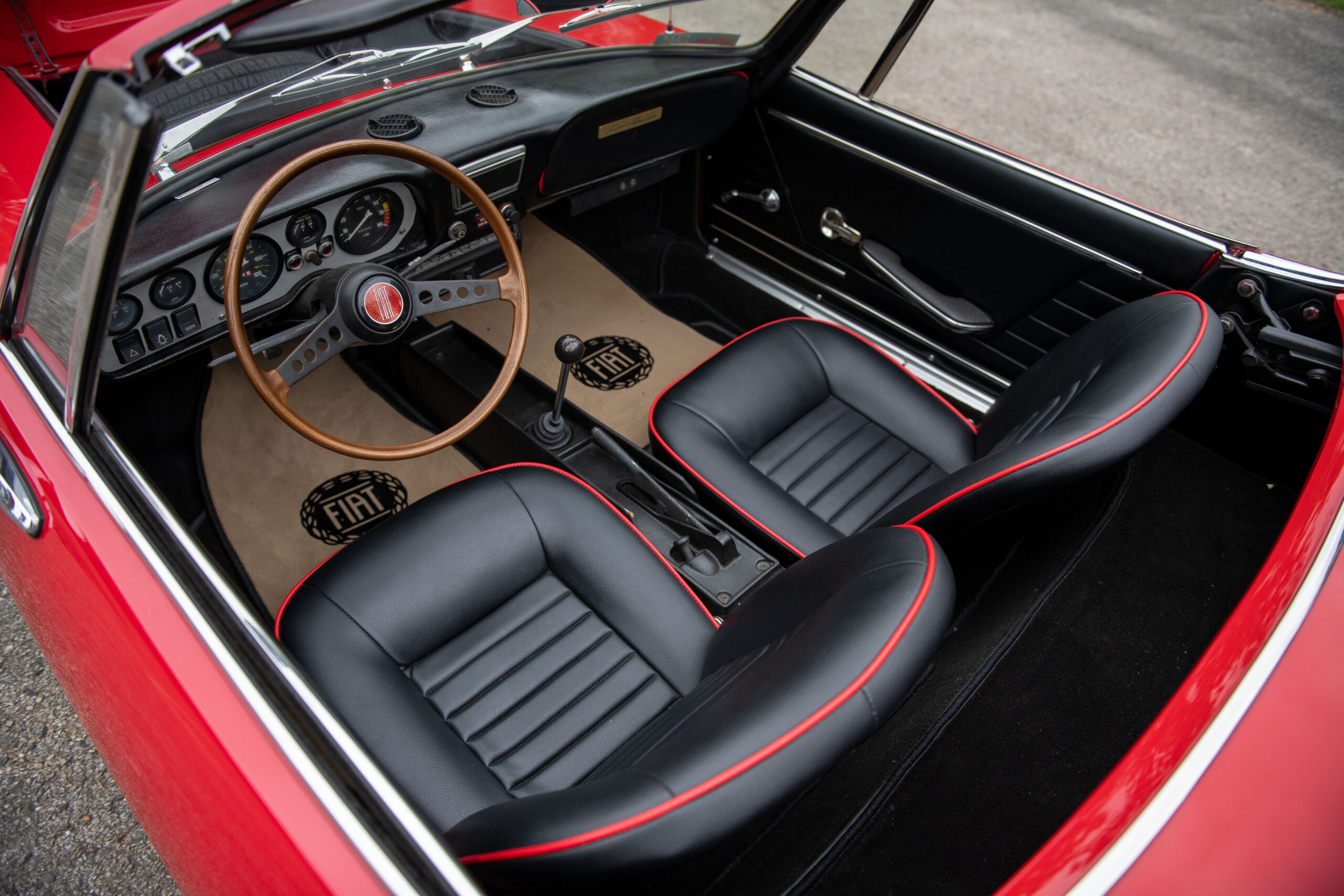 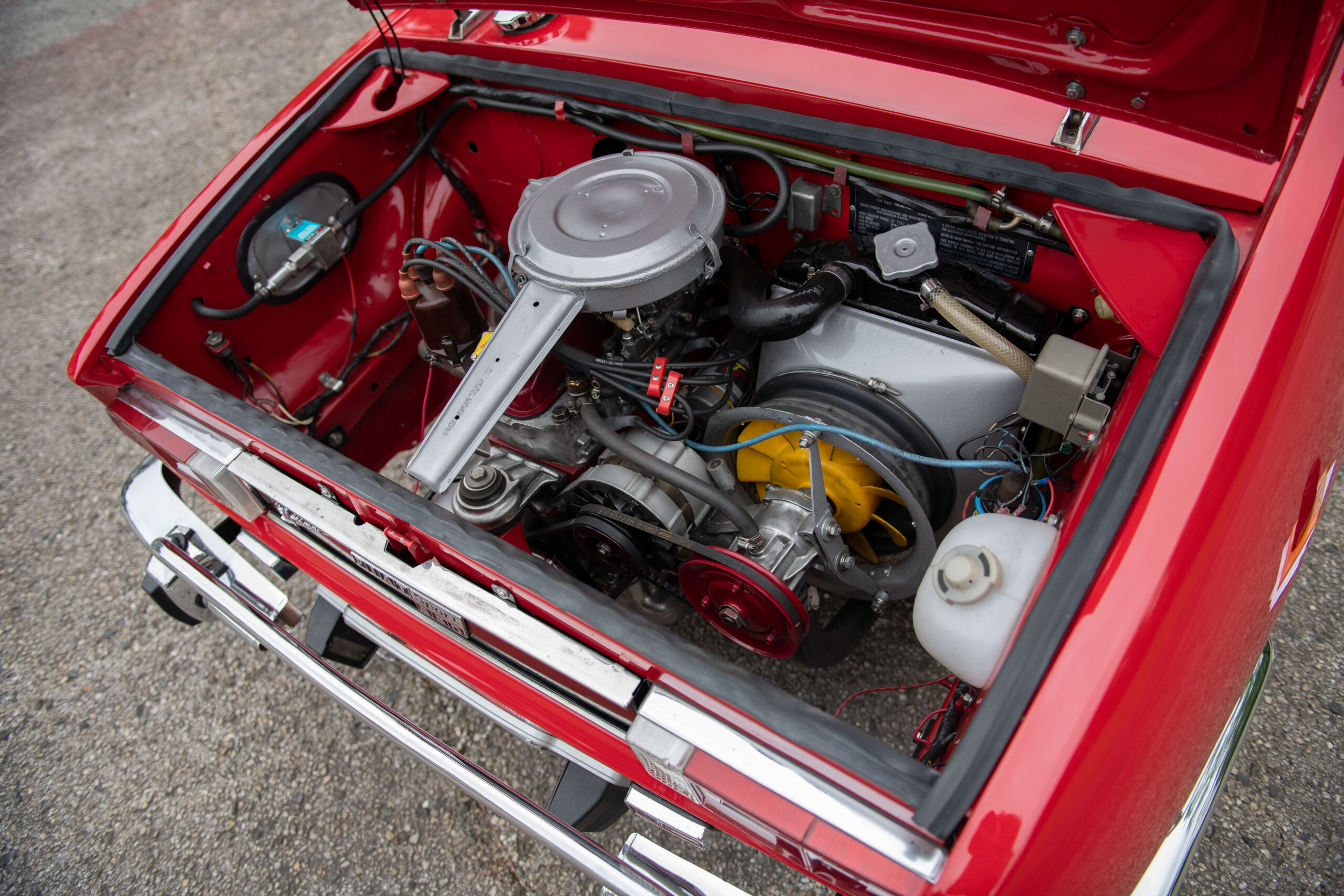 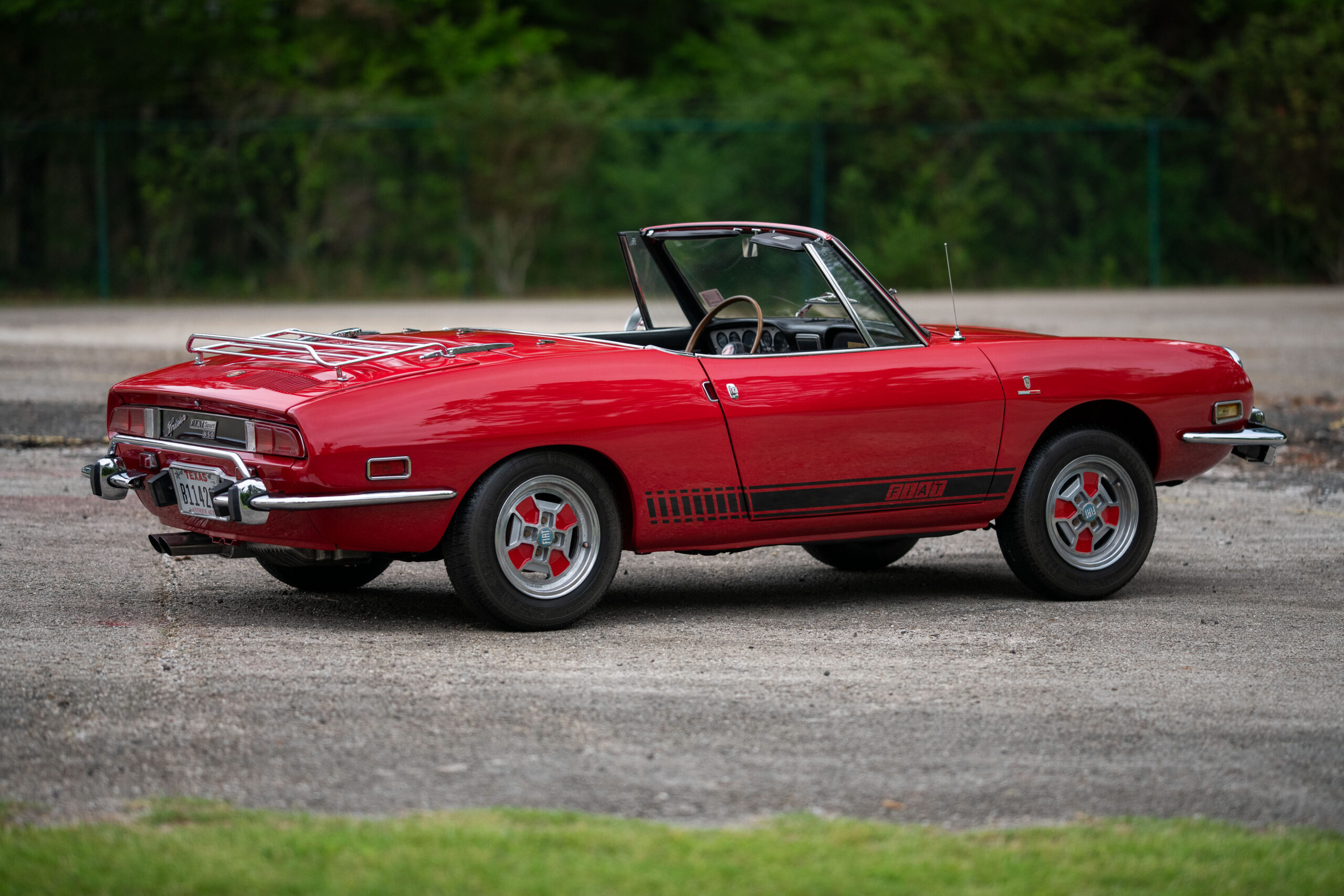