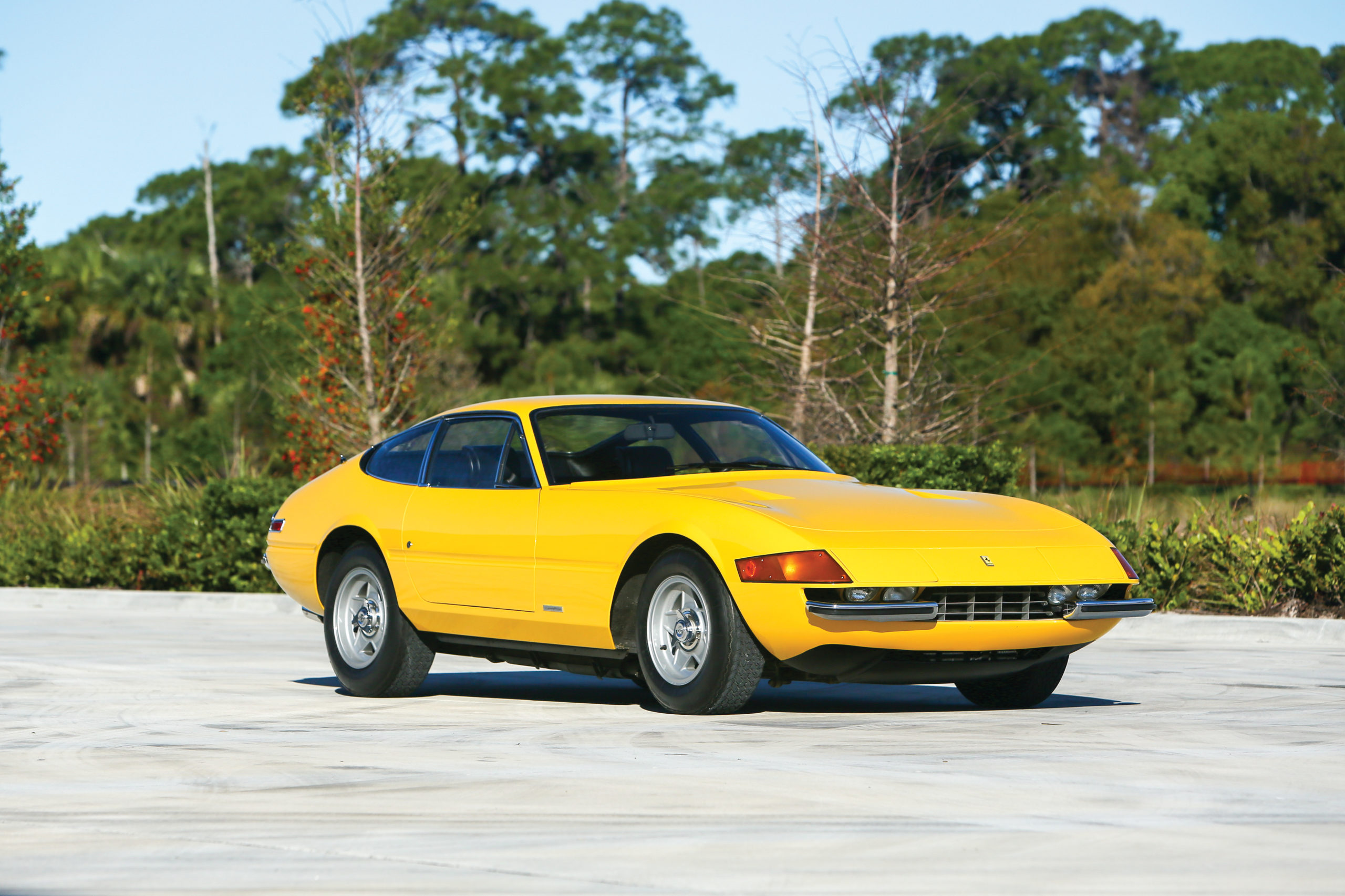 Evaluation: Older restoration | Represented here as 48,985 miles from new. Fully restored in the 1990s, some 8000 miles ago. Very good paint other than a chip at the back edge of the hood, two more small ones at the back edge of the passenger’s side door and at the corner of the left headlight door. Lightly scratched window frames. Very light wear to the steering wheel and seats but otherwise very good interior. Lightly used but tidy underneath. The engine compartment, on the other hand, is getting grimy and desperately needs a thorough detailing. The restoration was well done but is showing age and consistent
neglect. It will be a 3+ soon.

Bottom Line: This is a legendary Daytona, not because of any remarkable history but on account of its long auction history at Mecum Auctions. It’s been recorded some 14 times, but never sold, beginning in 2016 when it appeared at Kissimmee, where it was reportedly bid to $800,000. It’s gone from there to Monterey to Dallas to Kissimmee to Houston to Indy to Las Vegas. It took a detour to the Hollywood Wheels auction here at Amelia in 2018, then on to
Mecum Kissimmee, Monterey, Chicago, Kissimmee again, and Glendale, Arizona, almost a year ago, where the reported top bid was $575,000. This is a car that has accurately traced the decline of Daytona values for four years. The consignor chased those values down while adding 214 miles (accumulated largely by
Mecum Transport drivers going on and off auction fields) never catching up until today. A sad end for a decent but shopworn Daytona. Overexposed doesn’t nearly
describe 16109. It’s a relief to see it sold—the car doesn’t deserve its treatment as the poster child for declining Daytona values. And it’s actually a solid value in this transaction.