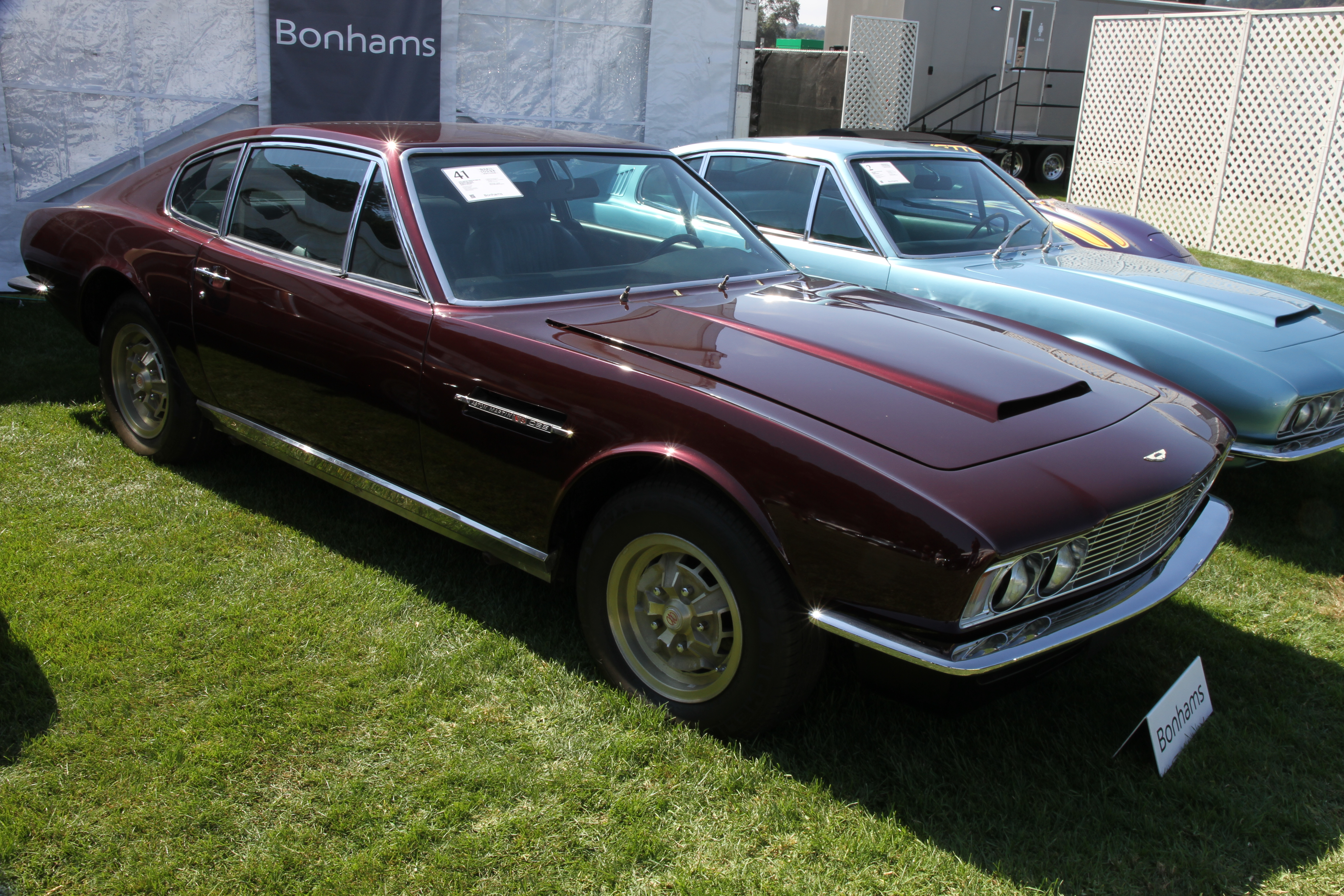 Evaluation: Delivered new to Canada. Older paint with significant blistering below the left A-pillar. Masking tape over where the radio antenna used to be. Lightly scratched window frames. Light wear and mild cracking in the original leather. Grimy engine bay. Rough wheels with surface rust on the lug nuts. A relatively rare car but in driver condition. Not much is known about its early history and, according to Bonhams, it requires recommissioning prior to active road use.

Bottom Line: The DBS marked Aston’s move to V-8 power and square styling that would characterize its cars for at least the next two decades, but it’s worth significantly less than the earlier DB’s with their ’60s curves and sweet sixes. This DBS is an unremarkable car with steep shop bills ahead of it, and the price it brought reflects that.