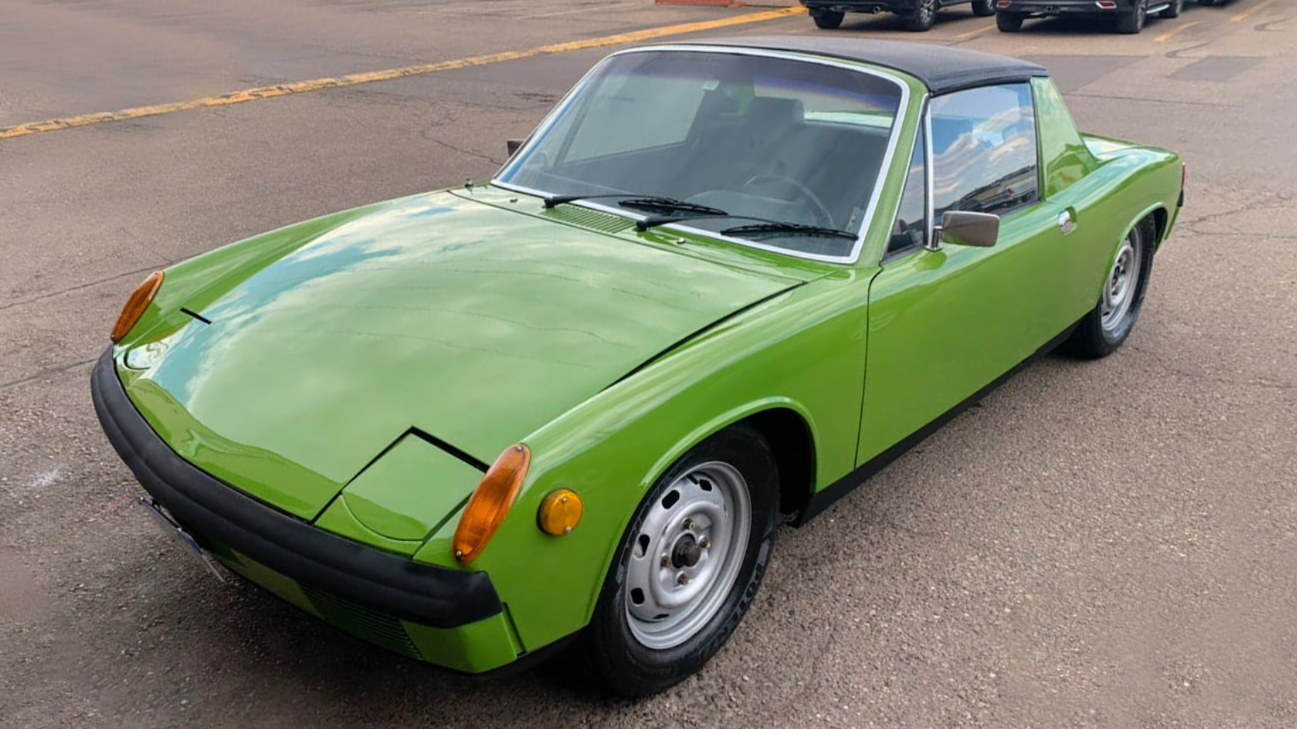 Evaluation: Average paint with a scratch that has been touched up at the front of the nose, a large chip on the right front fender, and several sizable scratches on the left front fender. Spots of green overspray on the rear grille and some masking errors as well. Small ding in the right front wheel cover. The front marker lights are loose. Lovely restored interior and tidy underbody, but not fully redone. They’re respected (and priced) like proper Porsches now, but for a long time these were cheap sports cars and that may be when this one’s budget restoration was performed. Not a bad car by any means, just not a great one.

Bottom Line: We’ve seen this 914 a few times before, and despite the rapid appreciation of these formerly cheap Porsches over the past several years, its results on the auction block have been mixed. It brought a then-generous $16,500 at a Porsche-heavy Bonhams Scottsdale in 2016, then brought $9900 at Motostalgia’s small Amelia Island sale in 2016, and then sold for a strong $20,350 at Mecum Harrisburg 2019 and here for a fair $16,500 in 2022. The numbers aren’t really representative of the 914 market, but they do show how much of a difference venue and just who is in the room can make.

>
Resto-mod...watches? The build on your wrist overlaps with the one in your garage.
A story about
Monterey Car WeekPorsche