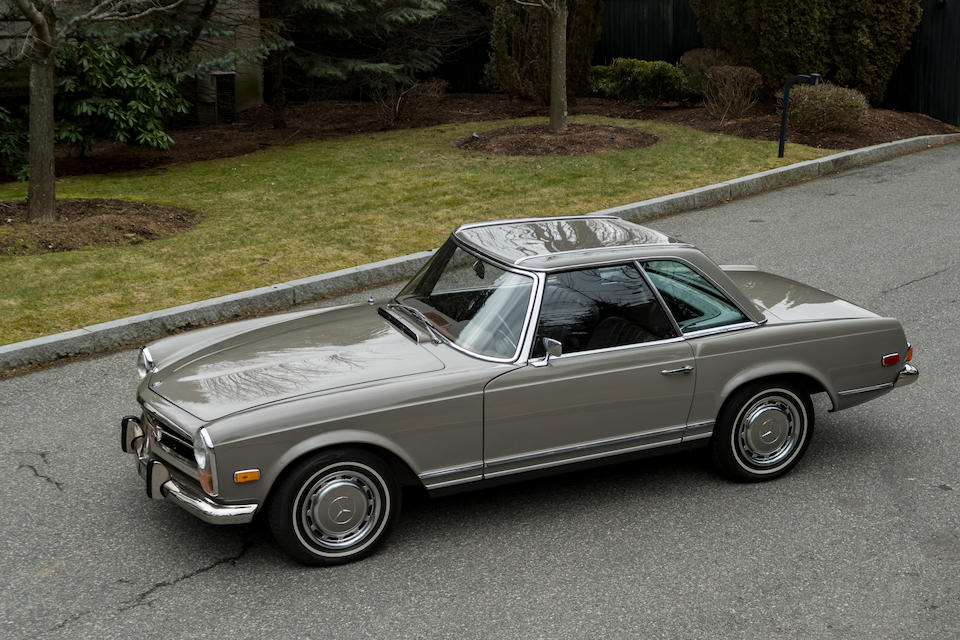 Evaluation: Older restoration | Unknown early history, but restored in the late 2000s. Dull bumper chrome. Older paint looks good other than some chipping behind the headlights. Interior is very good, aside from a crack in the middle of the steering wheel. The trunk lid sticks up at the back. A lightly driven older restoration that isn’t perfect but looks fantastic from a short distance.

Bottom Line: Starting in 2013, there was a massive run-up in Pagoda SL prices. It brought a lot of cars to market, including this one, which sold for $99,000 at Quail Lodge in 2015. It then sold for a more modest $71,500 at Bonhams ­Greenwich two years later. Prices have settled down to more realistic levels for these cars, but they are still high, as shown by this rational result.