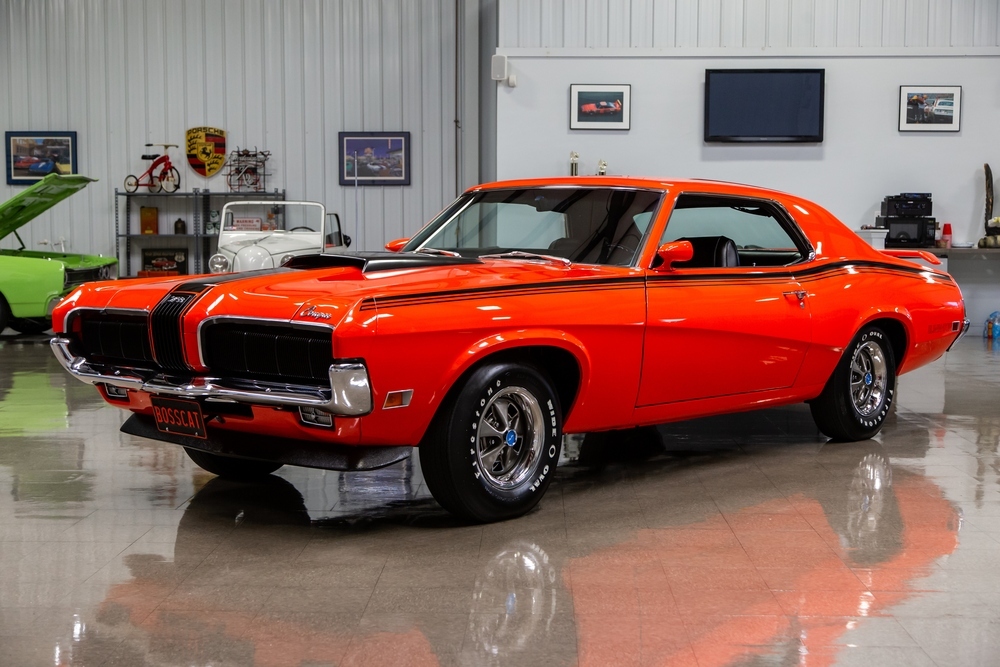 Evaluation: Older restoration | Of the 2267 Eliminators built in 1970, just 469 had the Boss 302 engine and 146 had the close-ratio four-speed. Restored from 2004–08, won some awards, and was featured in several magazines. It still looks gorgeous. Lots of photos, including of the underbody up on a lift, and it seems nearly immaculate. Located in Massachusetts.

Bottom Line: The high-performance Cougar Eliminator was only available in 1969 and ’70, distinguished by stripes, a hood scoop, Eliminator script, a rear spoiler, and loud paint colors, especially for a Mercury. By muscle car standards, Eliminators are rare. For 1970, Ford sold nearly 191,000 Mustangs compared to 71,343 Cougars. Boss 302 Mustangs numbered 7013 that year, but Cougar Eliminators with the Boss 302 engine (a 351/300-hp and a 428/335-hp Cobra Jet were also available on the Eliminator) numbered just 469. Despite being much scarcer than the Boss Mustang, the equivalent Cougar is actually worth a bit less. The reported high bid isn’t unreasonable for an older restoration, and it could have seen the car off to a new home.

>
Why on earth is an IROC Camaro worth more than a C4 Corvette?
A story about
Muscle Car