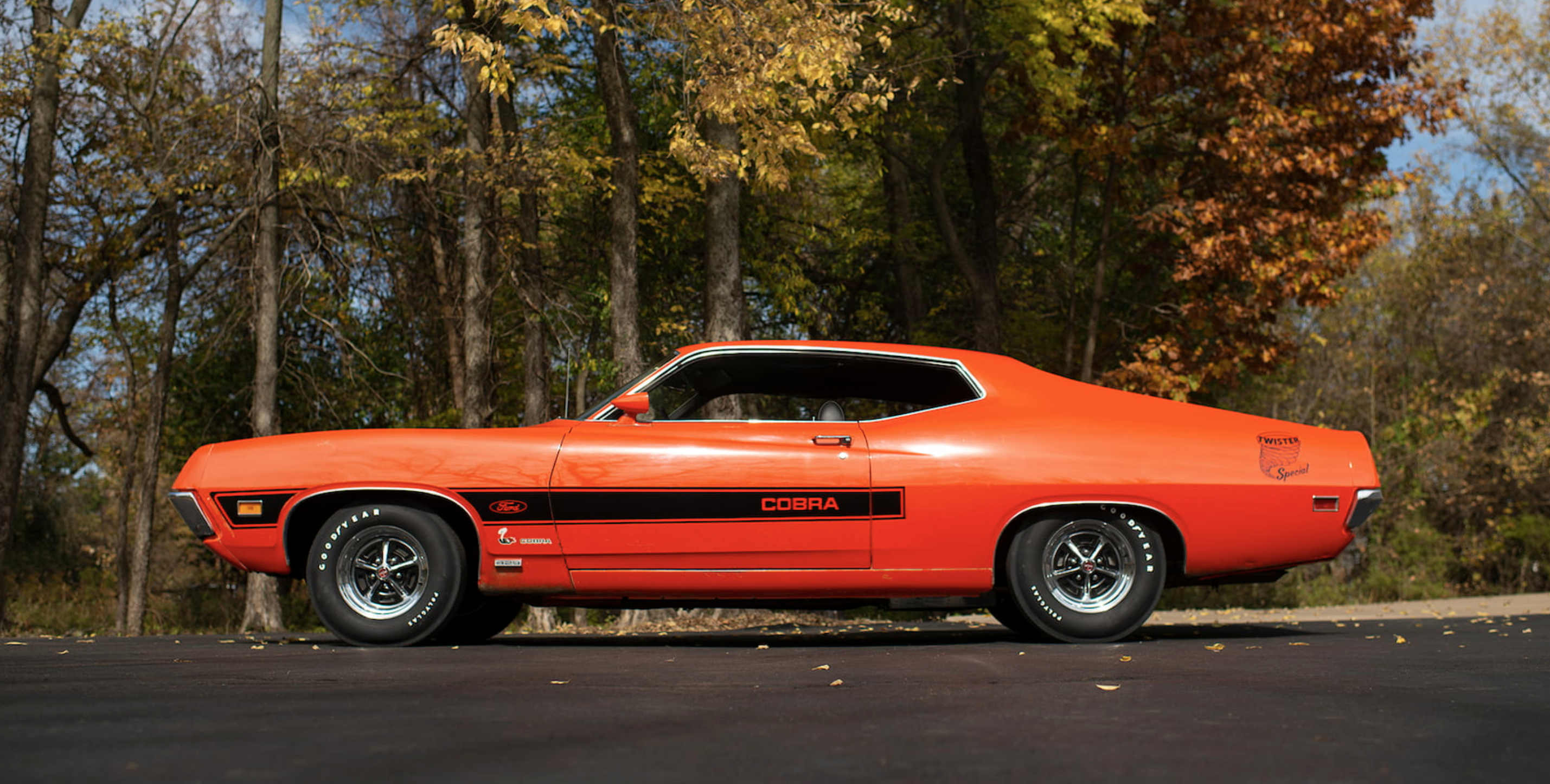 Evaluation: Represented as one of 90 Torino Twister Specials built for 1970, and one of 30 4-speeds. Almost totally original other than one muffler, some seals, the trunk mat, the fuel tank, and the master cylinder. There are some chips and scrapes on the front of the car and some more minor one on the sides and the trunk lid, but the finish is still looking good. The chrome is faded but the glass looks clean and clear, and the interior is excellent for its age. The underbody is a little dirty but no cause for concern under there. Rare specs and far too good to restore at this point.

Bottom Line: A bit of Mustang trivia from the ‘60s – Ford sold a batch of Twister Specials to its Kansas City District Sales Office in late 1969, and built a few “Sidewinders” as well for sale in Iowa and Nebraska. It was mostly just decals, but they’re cool decals, and anything to differentiate from the crowd counts for a lot in a car as ubiquitous as the Mustang. Even more obscure are the Torino and Ranchero Twister Specials. Same concept, just rarer and apparently cheaper given what Twister Mustangs have sold for (Lot T151 brought $143k). This one sold well but, given its equipment, rarity and originality, it could have brought closer to Mecum’s presale estimate without being surprising. Good value. 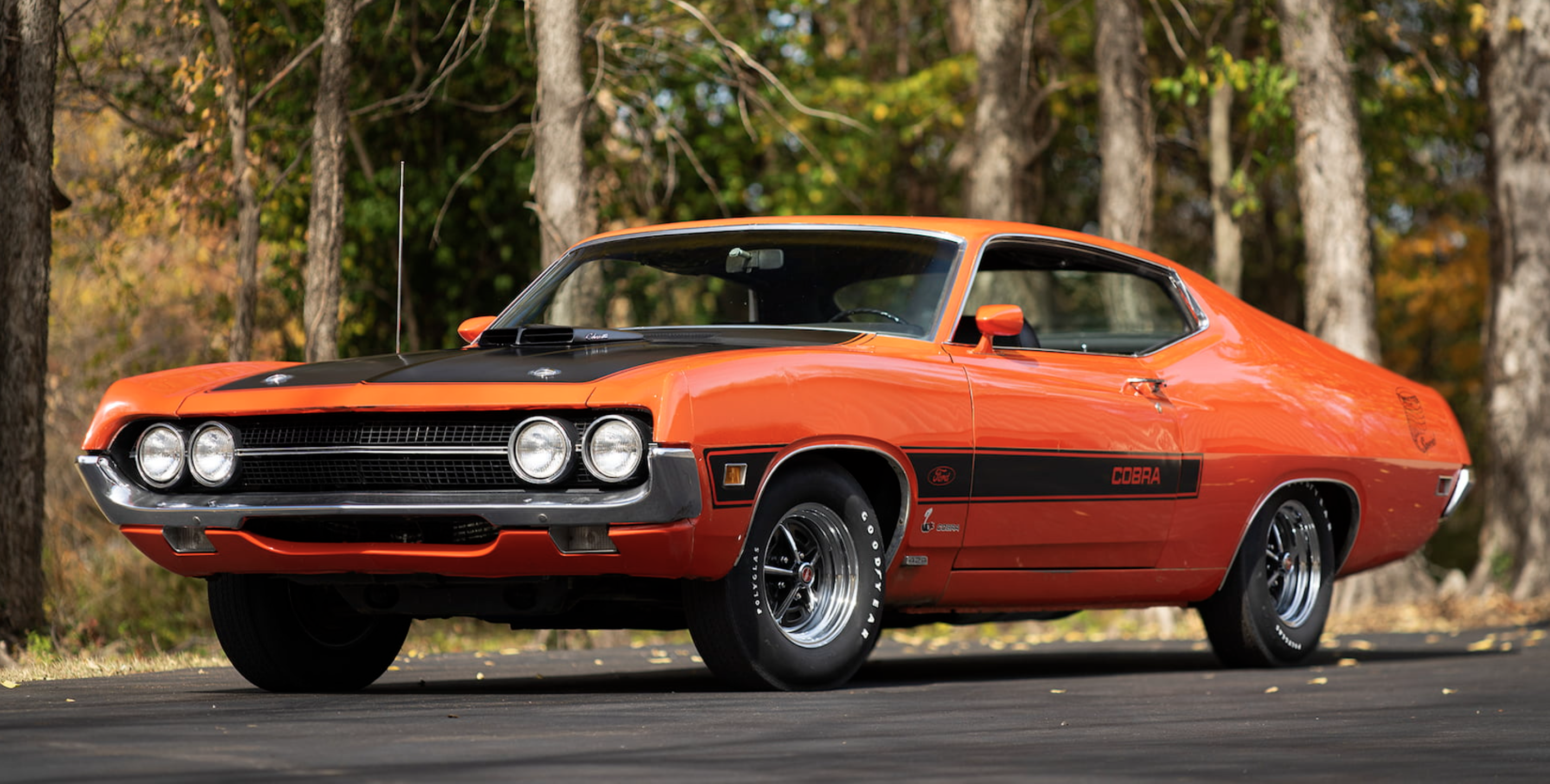