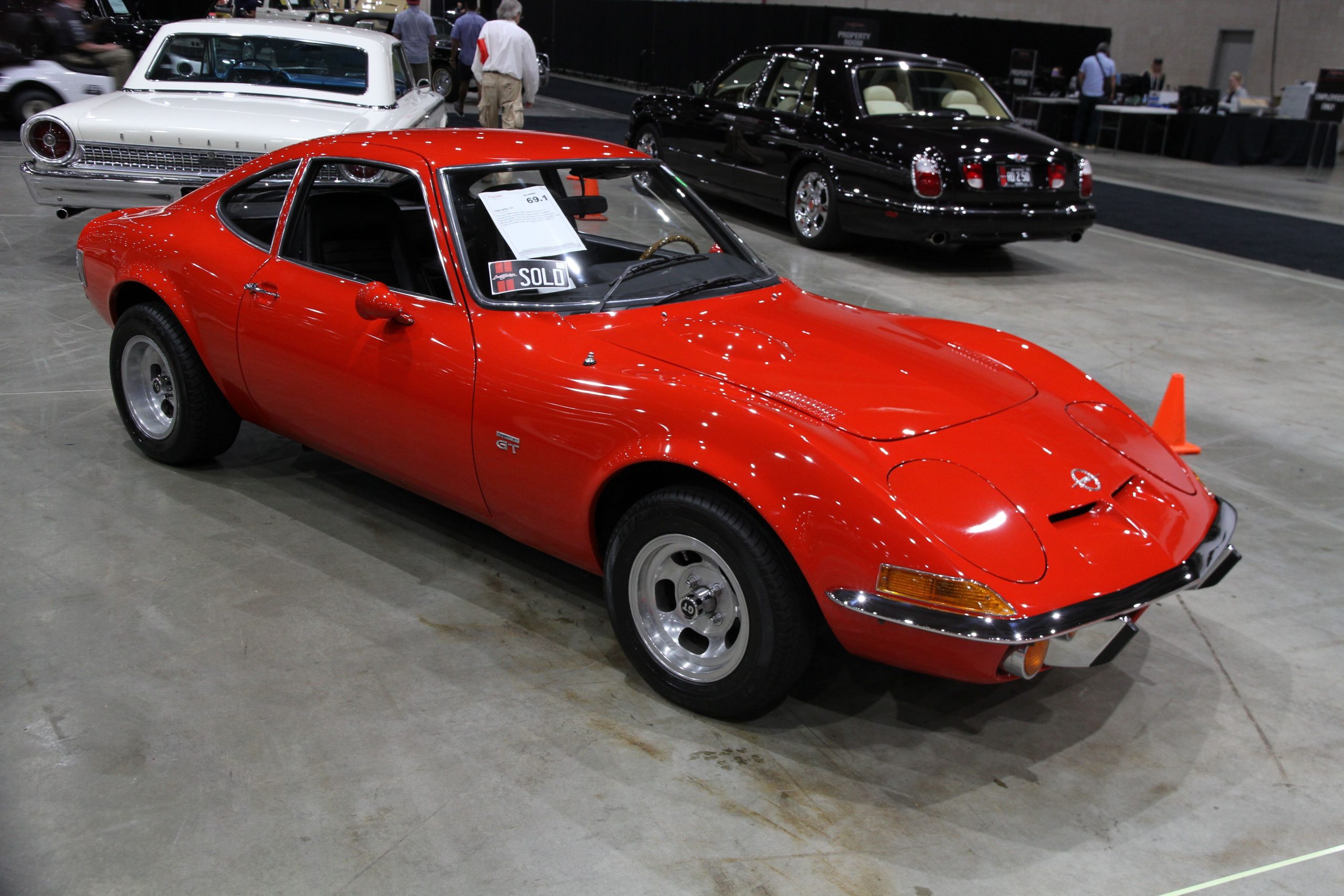 Evaluation: Good older paint and chrome with some detail scratching but no major flaws. The doors stick out slightly at the bottom. Good, mostly original interior with several large cracks in the steering wheel rim. Unrestored but consistently maintained underneath and has a new muffler. An honest, solid Opel GT to drive and enjoy.

Bottom Line: Opel is one of the biggest and oldest carmakers in the world, and about 70,000 GTs sold in this country (through Buick dealerships) from 1968-73. Performance from the 1.9-liter “cam-in-head” engine wasn’t groundbreaking (one ad read “it’s great if you just want to have some fun”) but an Opel could keep up with an MGB GT all day long. And for years they’ve been just as cheap as an MGB GT. Father time and rust weren’t kind to these German GM oddballs but the survivors don’t have much larger than a cult following. Both Opel GTs in Houston this year, however, sold extremely well. A green example (Lot 621) sold for $20,900 and this red car brought even more. It’s not a world record price but it isn’t far off, and was surprisingly high given the car’s imperfections and the fact that it crossed the block relatively early on day one of the auction.