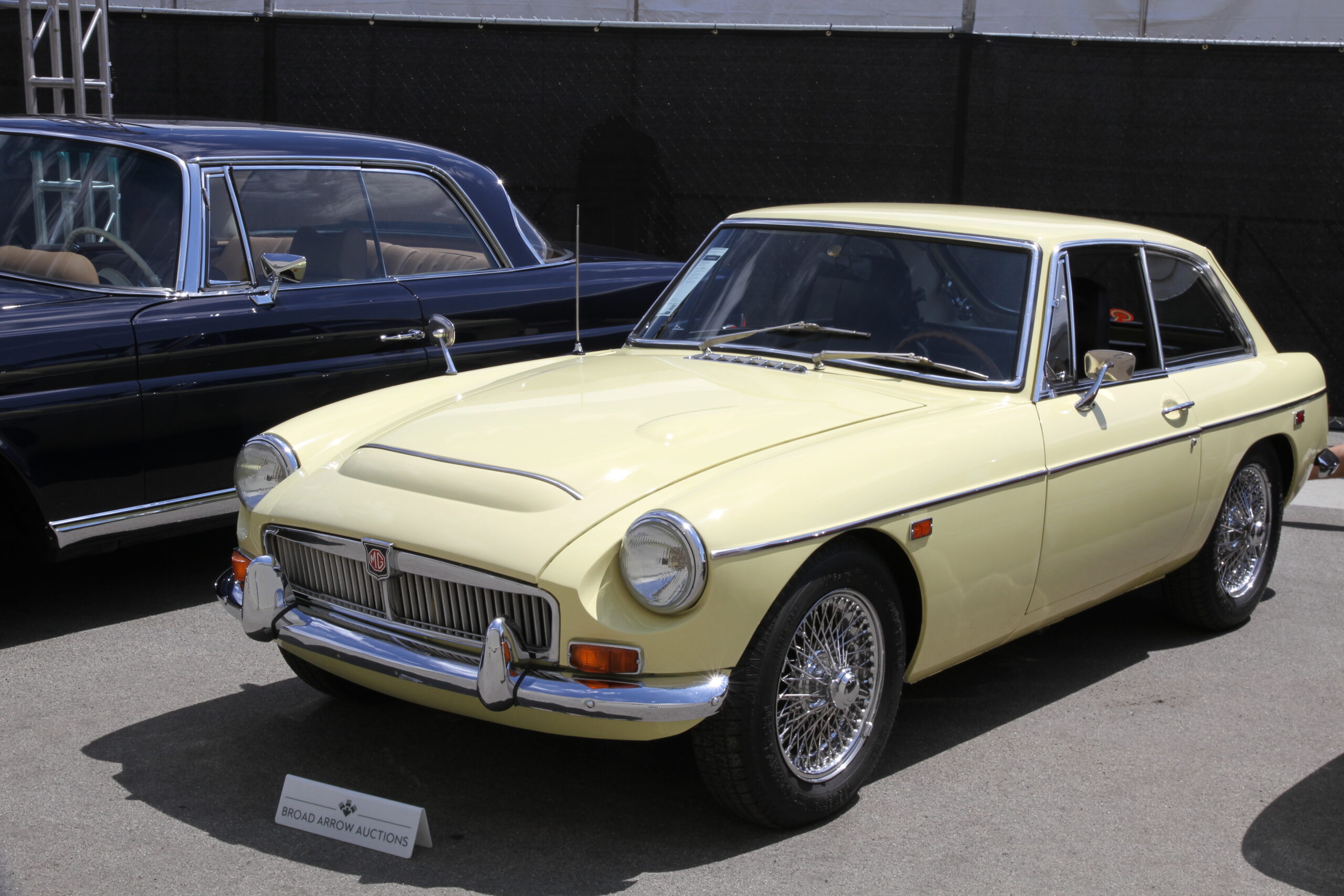 Evaluation: Older paint with a few flaws and blemishes, most notably a large crack on the nose. Light scratches in the window frames and rear glass. Some wear on the steering wheel and slight cloudiness to the gauges but mostly good interior. Looks partially restored underneath. A solid usable example of one of MG’s nicest and most underappreciated cars.

Bottom Line: In 1967, back before the dark days of British Leyland, MG was still part of the British Motor Corporation (BMC), which also owned Austin, Morris, and others. Austin-Healey was on the way out, and MG was tasked with the toughest of jobs: making a replacement for the Austin-Healey 3000, and doing it on a tight budget. With size 3000 shoes to fill, whatever MG came up with was never going to be a satisfying follow-up.

Essentially an MGB with a 2.9-liter straight-six from an Austin sedan (and torsion bar front suspension to make room for that engine), it only lasted from 1967-69 and just 9000 were sold worldwide, compared to half a million MGBs. But the MGC, while it got a lukewarm reception in period, is an attractive and rare vintage cruiser that doesn’t break the bank. This one sold at Bonhams Scottsdale 2015 for $20,900, a fair result at the time, and in 2022 this is a similarly fair result if somewhat favorable to the seller.