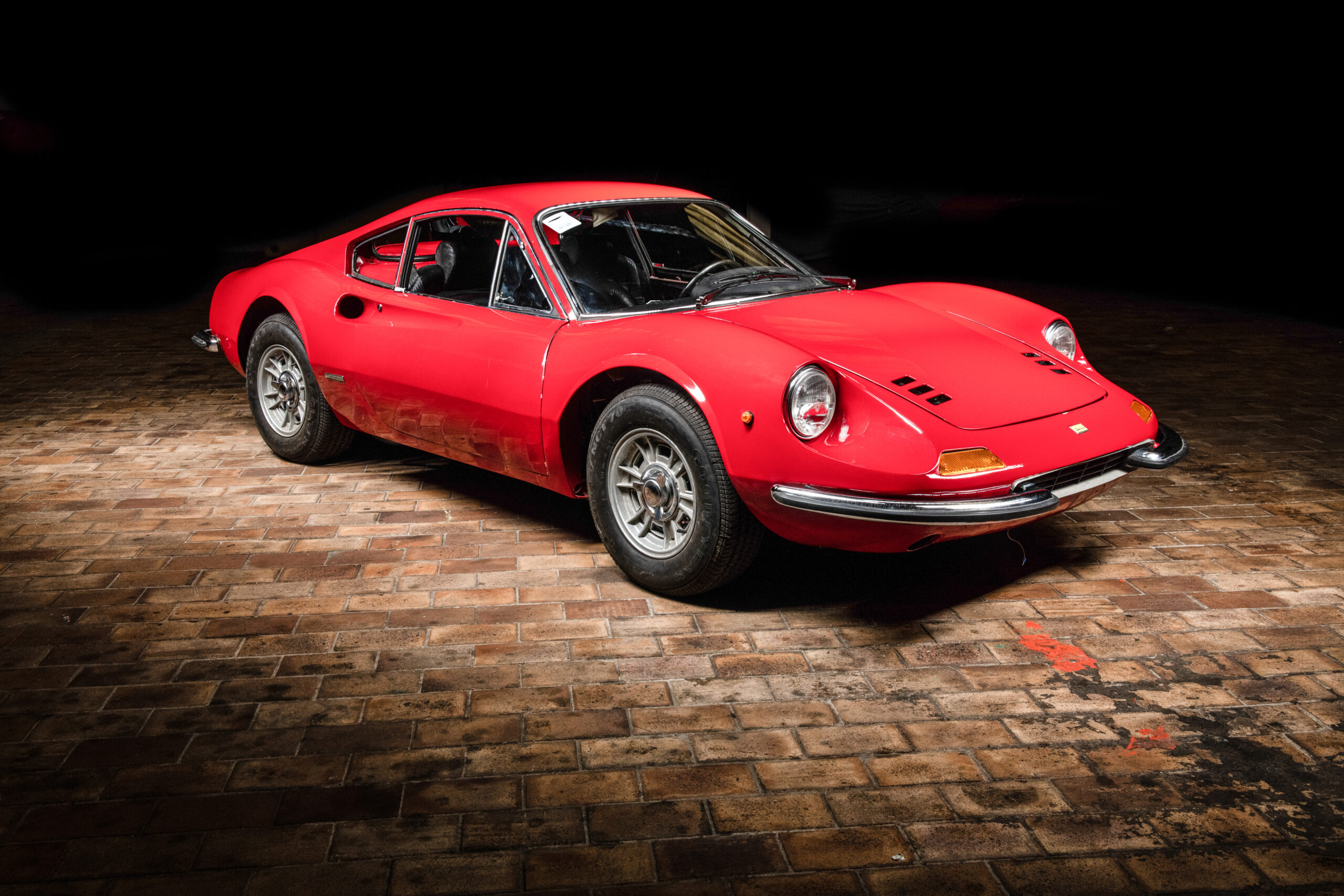 Evaluation: One of just 153 Dino 206 GTs constructed, and of only five imported to the UK. First owned by Le Mans driver and team owner Alain de Cadenet, although he kept it less than a year. It is advertised as a project car clearly requiring improvement after being in storage since 1979 and receiving some restoration work more recently. The body is ready for a full respray. The driver’s door has a long, thin dent. Part of the rear quarter glass is missing. The door cards and part of the dash are missing as well, plus various trim pieces. The engine is clean and the wheels are damage free, but that engine is not an original but instead a replacement Dino V6 from the related Fiat Dino. An honest presentation worth restoring.

Bottom Line: The steel-bodied 246 Dino was the first Ferrari produced in what anyone would call significant numbers. Over 3500 were screwed together from 1969-74. The earlier 206 series is a different story, despite the nearly identical bodywork. The body and engine block are both aluminum (instead of steel and cast iron on the 246, respectively), and it rides on a shorter wheelbase (90 inches vs. 92). It’s also 23 times rarer, so despite the extra performance and refinement of the later 246, a 206 is naturally worth significantly more.

And this one was worth more than RM Sotheby’s suspected, apparently, as its shabby unfinished condition and incorrect engine didn’t deter bidders as much as anticipated. There’s a long list of expensive receipts ahead before this 206 graces a show field, but it is worth saving. 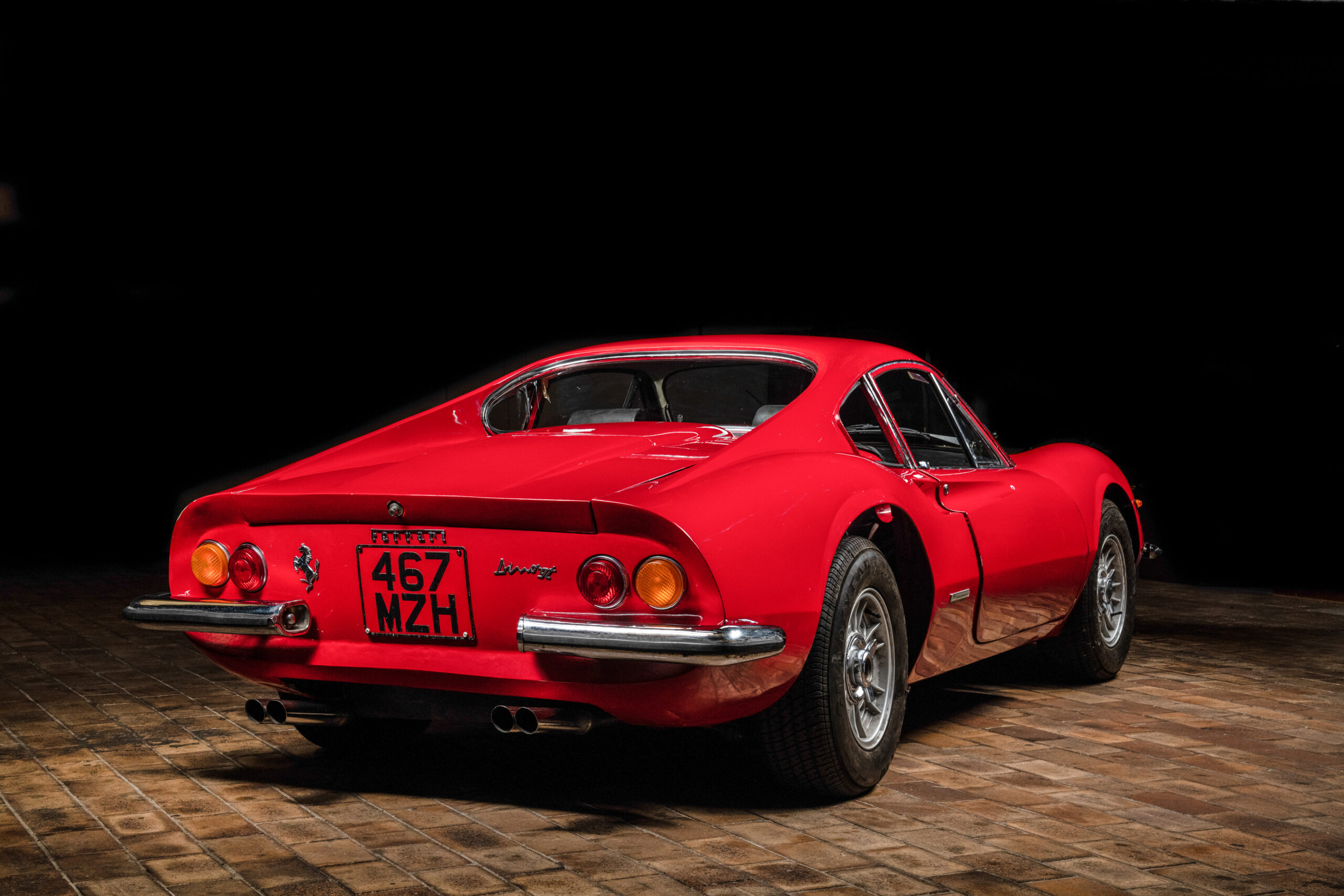 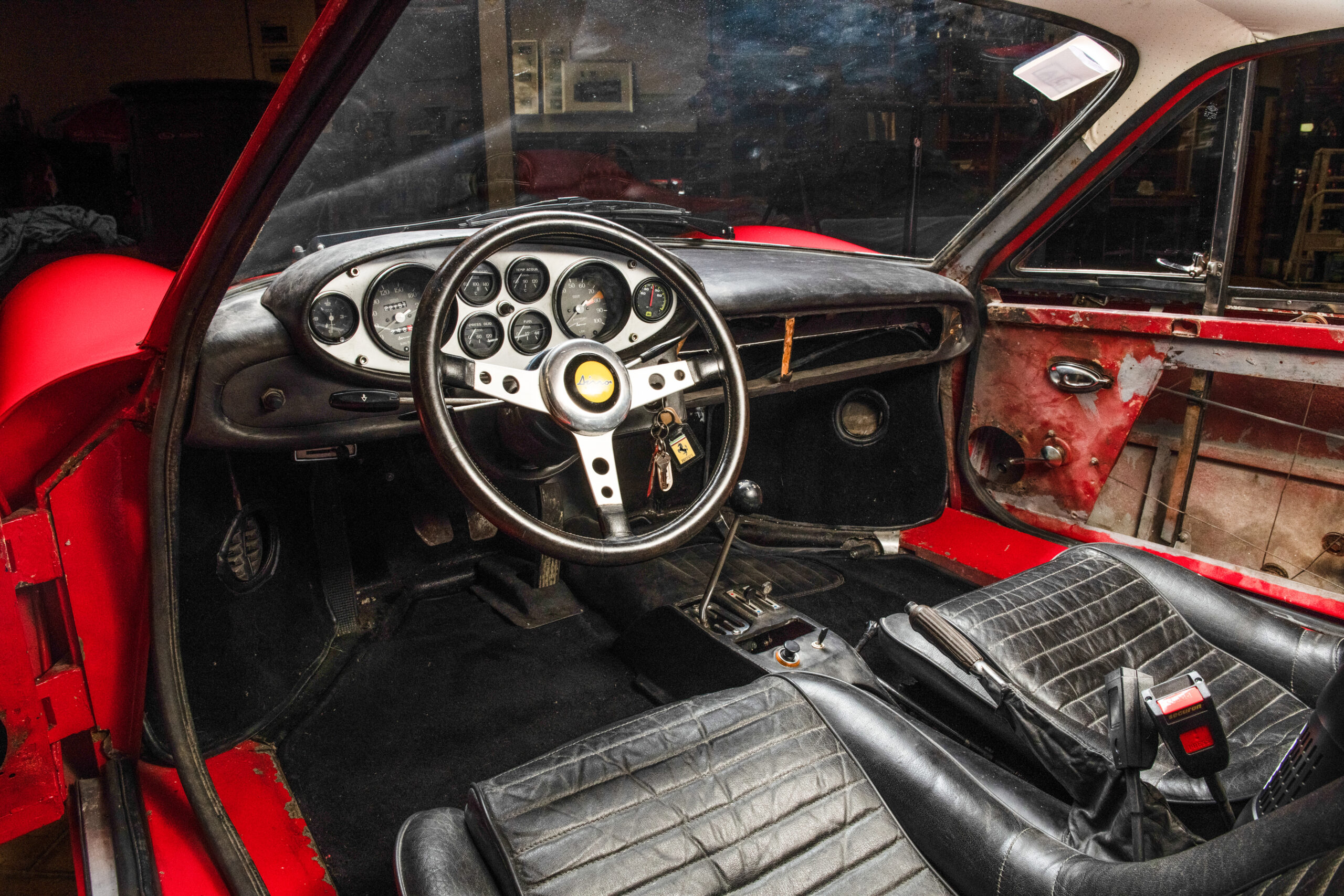 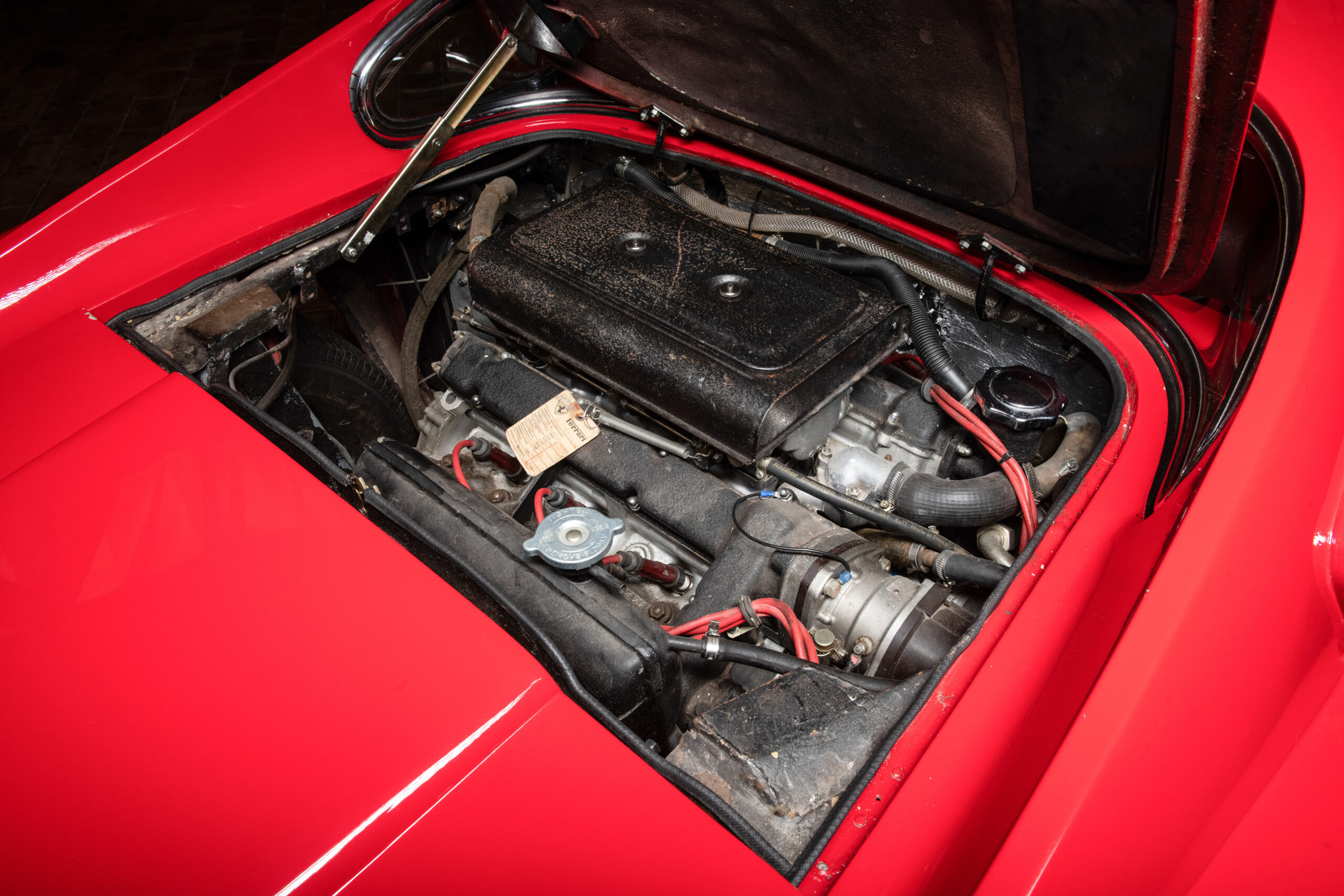 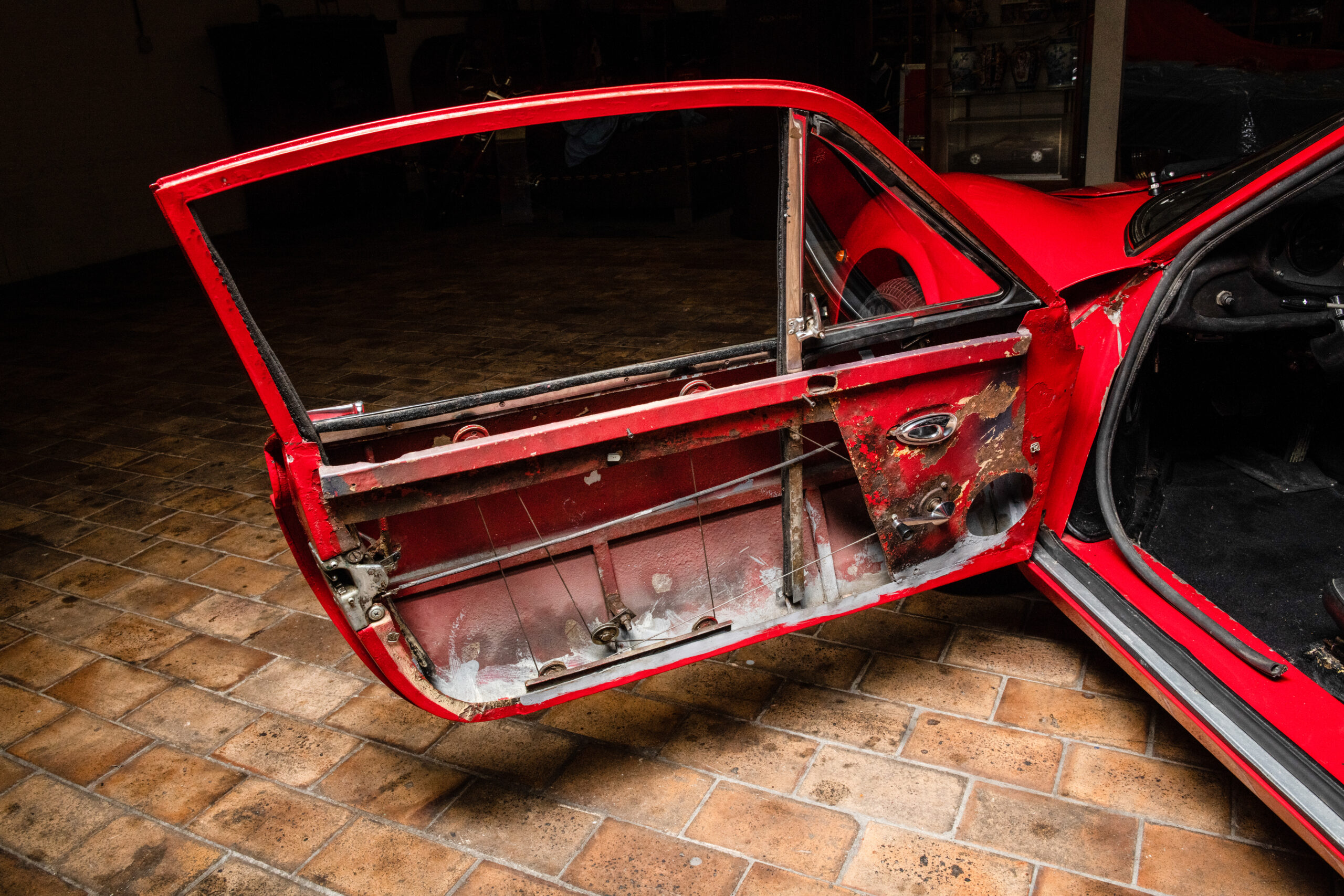 A story about
Ferrariproject carRM Sotheby's