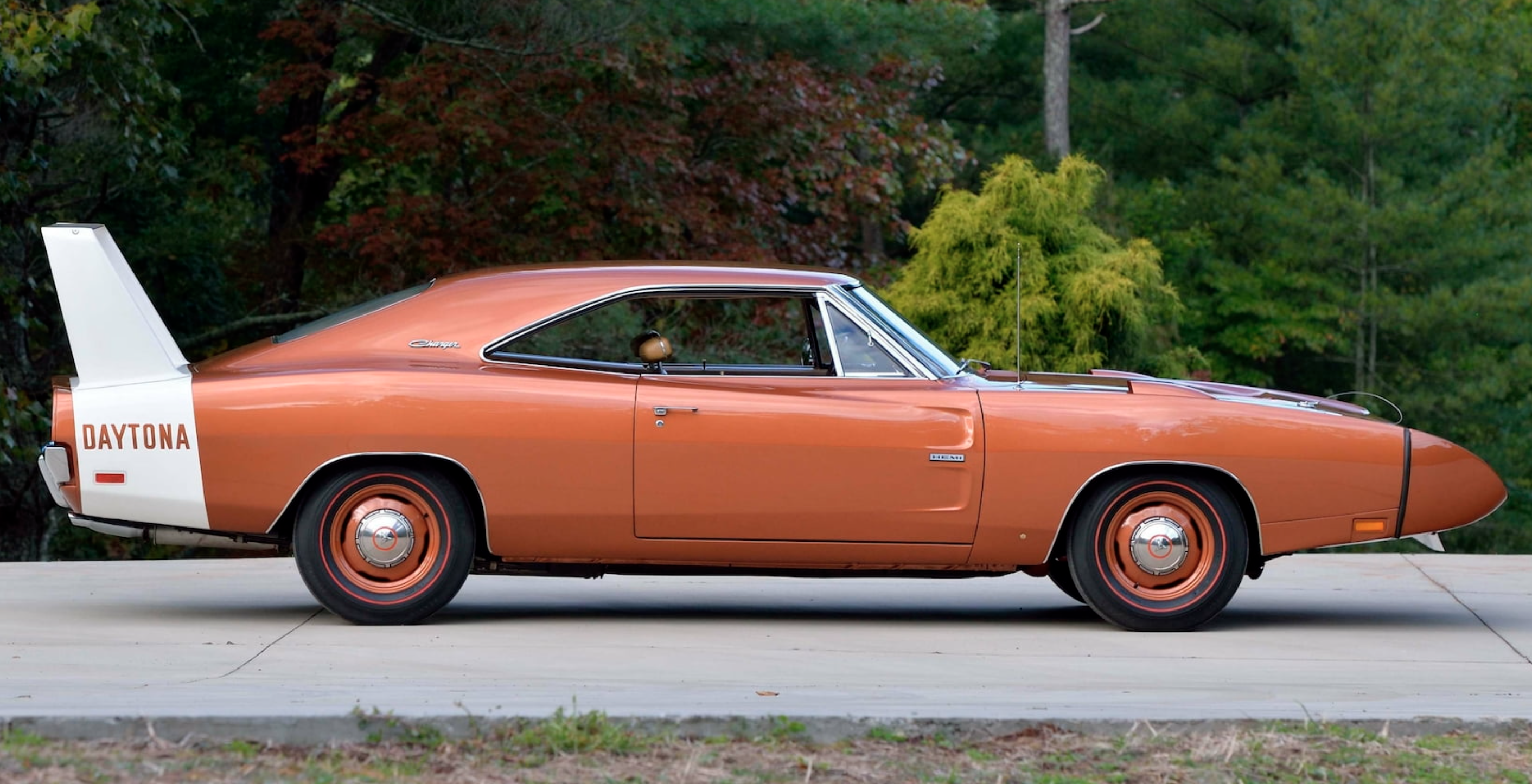 Evaluation: From the Gary Edwards collection. Represented as the lowest mile Hemi 4-speed Daytona around at 6942 ticks on the odometer. An ISCA (International Show Car Association) show car in the 1970s but the original interior and wheels/tires stayed with the car. Bought by Otis Chandler and put back to its original appearance, then owned by a string of collectors. Well restored, as expected, but there is a scuff in the tail stripe as well as some mild road wear underneath. No matter, the rarity and specs on this car make it a standout even in the literal circle of aero Mopars in which it is displayed.

Bottom Line: Out of 503 Charger Daytonas produced during its single model year, just 70 came with the big fat 426 Hemi engine. And just 22 of those also got a 4-speed, so this is a Mopar unicorn. It’s also the most expensive Dodge Daytona ever sold at auction, tied with an ex-Bobby Allison NASCAR racer also sold in Kissimmee this year.

If you’re feeling a little déjà vu, remember that once upon a time, at this same auction back in 2015, comedian David Spade bought this car for $990,000, and that was a wing car (1969/70 Dodge Daytona/Plymouth Superbird) record that stood for years until, in the craziness of 2022, another option-laden 4-speed Hemi Daytona sold for $1.32M at Mecum’s Indianapolis sale. This car had fewer stories than the one in Indy and was the standout among the 23 Hemi-powered cars in Kissimmee this year, including 7 Hemi wing cars, so it’s higher estimate and result aren’t out of line. This is also another example that the rarest top-spec muscle cars continue to sell strongly regardless of what is happening further down in the lower budget brackets. 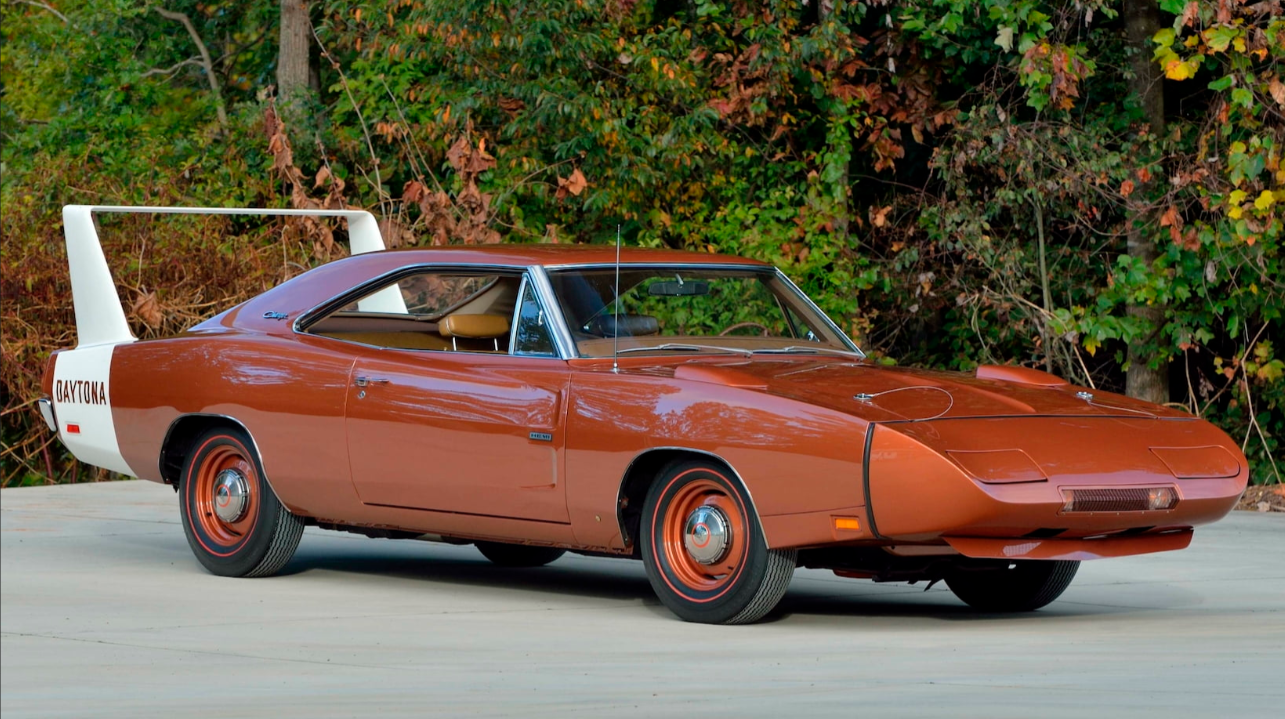 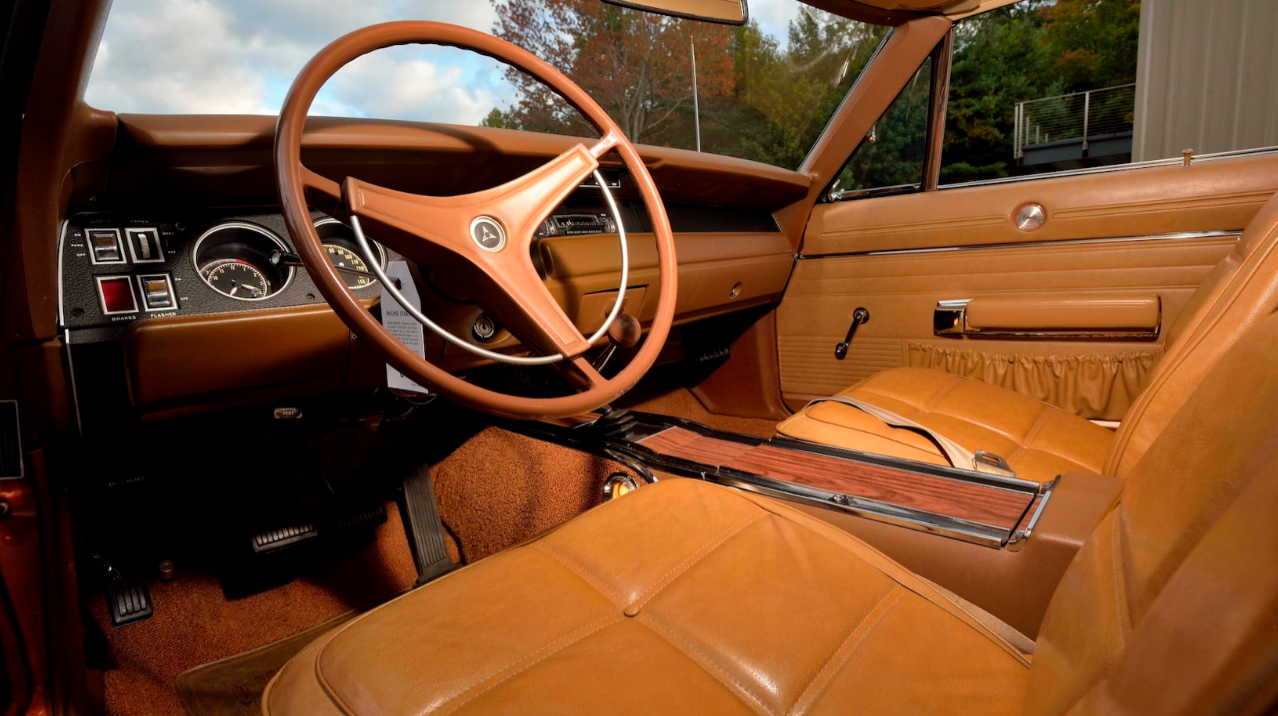 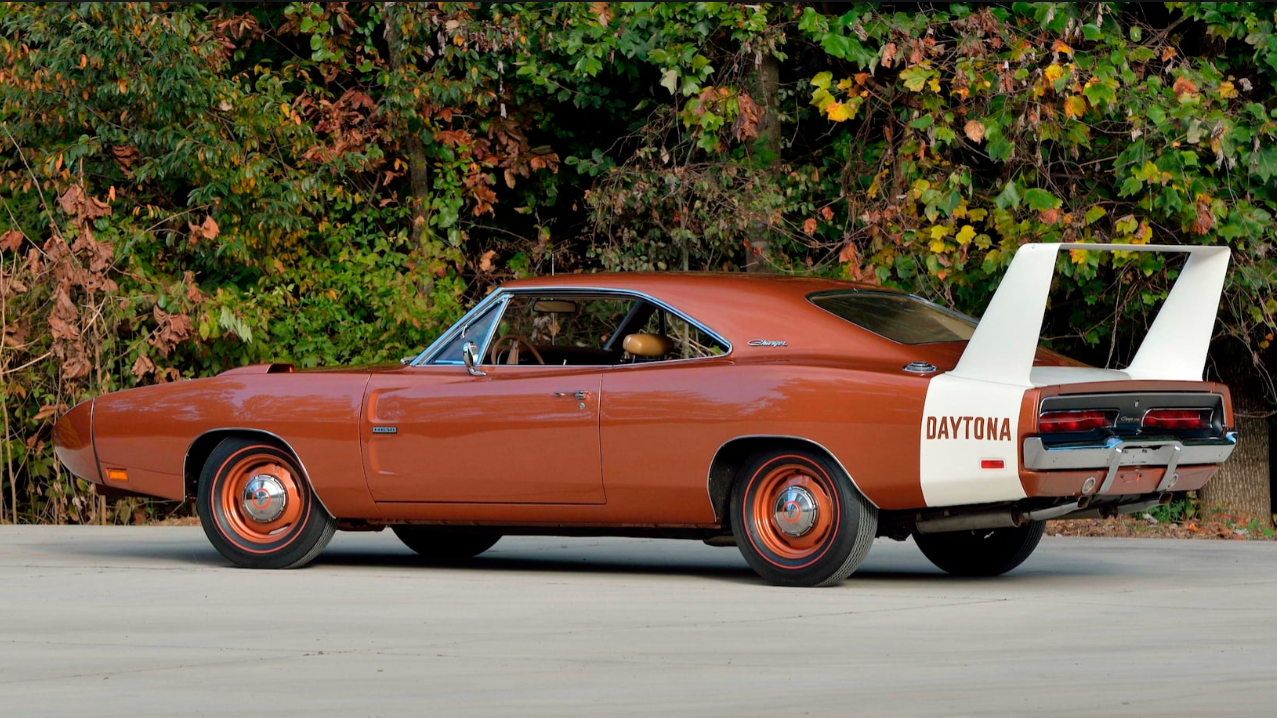