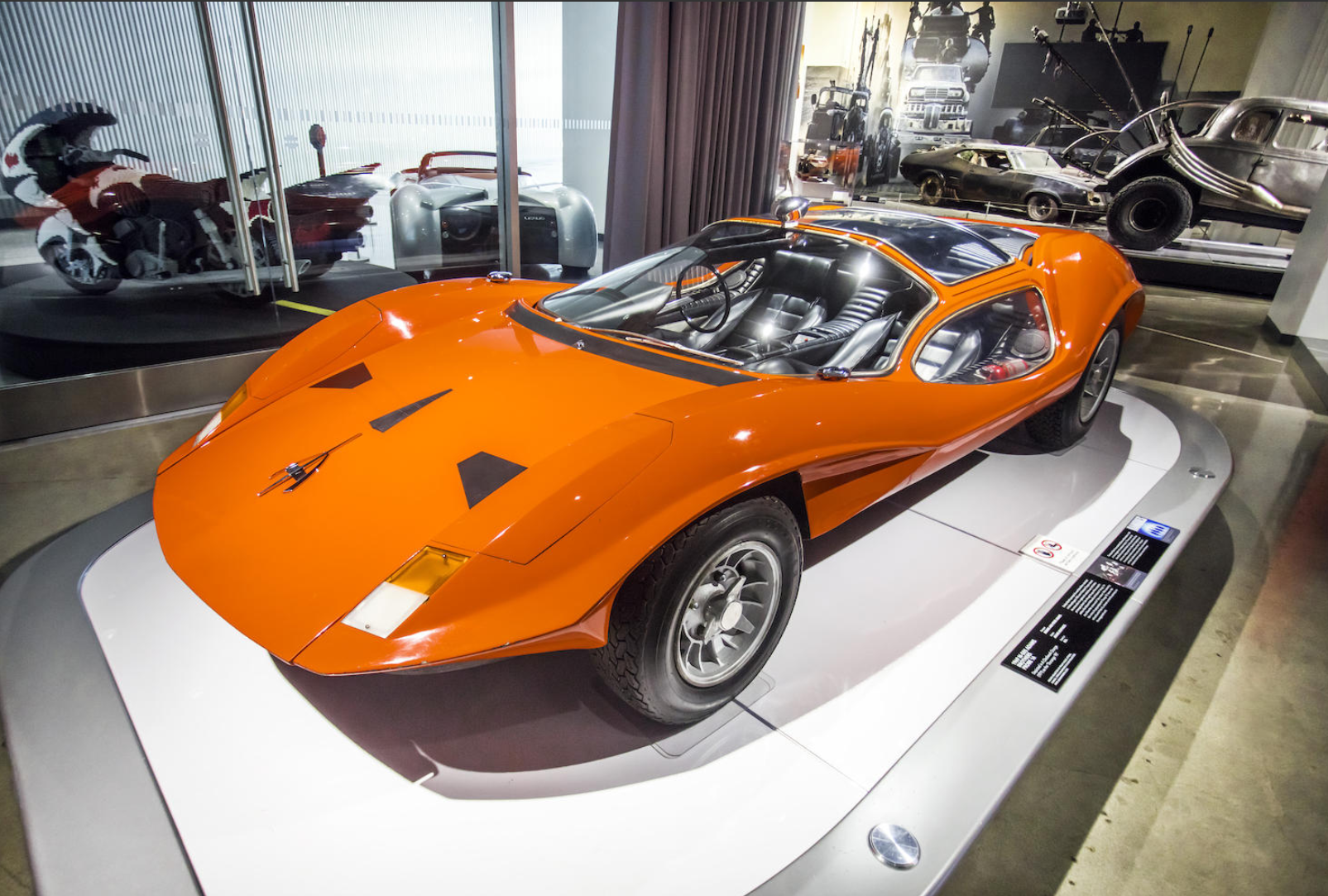 Evaluation: Visually maintained, largely original | One of three Probe 16s built, and reportedly the most original. Shown at the
1969 London Motor Show, where it won “Best Styling Exercise,” and was featured in the Daily Telegraph. It then sold to bassist Jack Bruce of Cream, and it has since been in two collections in Canada. Recently on exhibit at the Petersen. Sound older paint. Tidy engine bay and interior.
Located in California.

Bottom Line: Former Marcos employees Dennis and Peter Adams struck out on their own, and the most famous of their unconventional contraptions was the Probe 16—an “investigation into the extremes of styling,” as they put it, emphasizing low height. Mission accomplished, as the Probe is just 34 inches tall and has no doors, just a sliding glass opening. Mechanically, it’s more traditional, with an Austin B-series engine mounted transversely behind the driver. The Probe 16 was a star at the London Motor Show, but the real reason this car is famous is that a Probe 16 also served as the “Durango 95,” a swoopy futuristic sports car featured in A Clockwork Orange (1971). In the weeks leading up to the auction, Bonhams’ catalog description represented this car as not only the London Motor Show car but also that it was “most likely” the car used in the movie. Then, not long before the auction, Bonhams added a footnote clarifying that this was not the car used in the film. That revelation didn’t seem to hamper bidder enthusiasm, as the Probe sold within its estimate range for a price that reflects its uniqueness but also its weirdness. 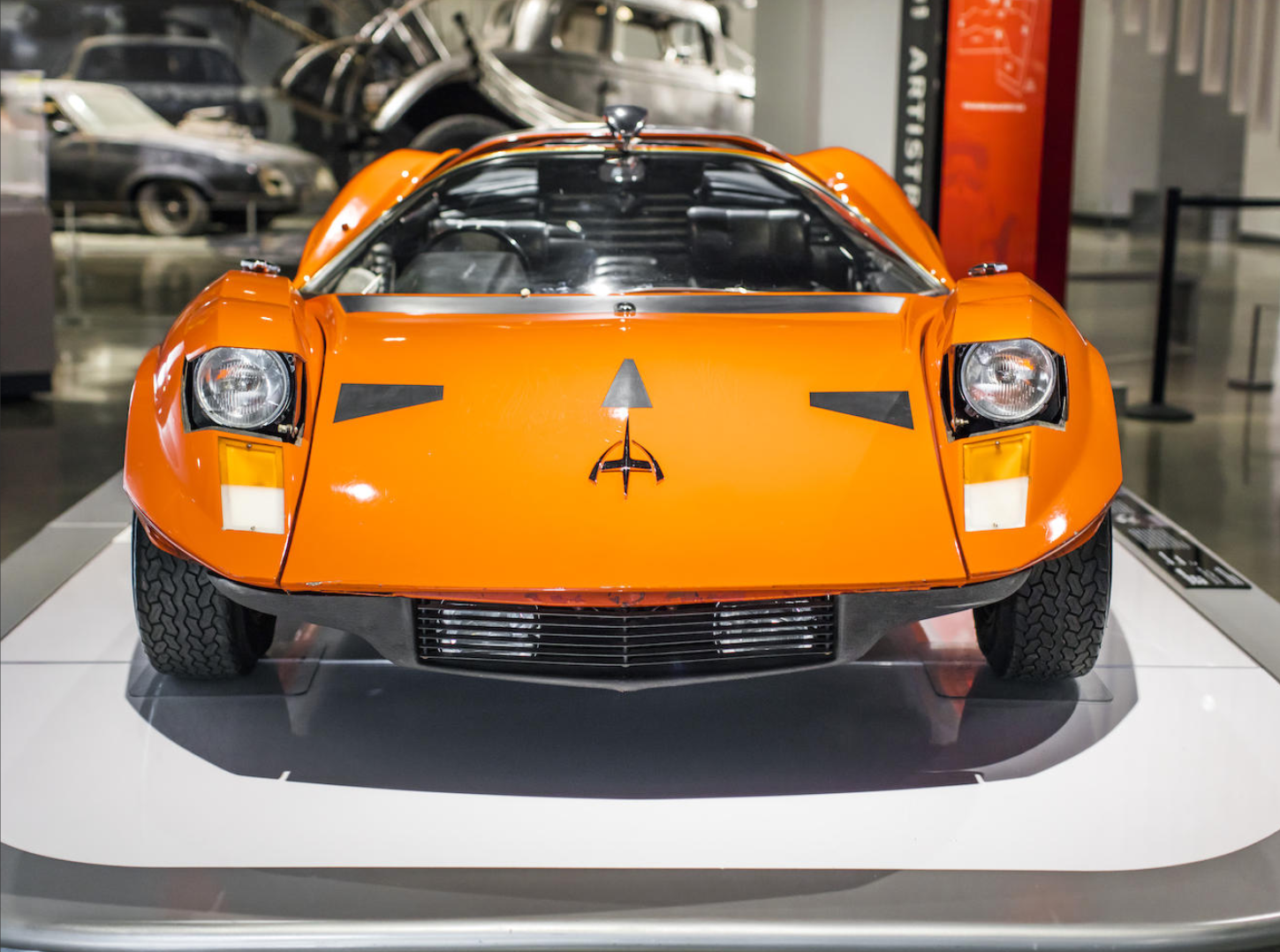