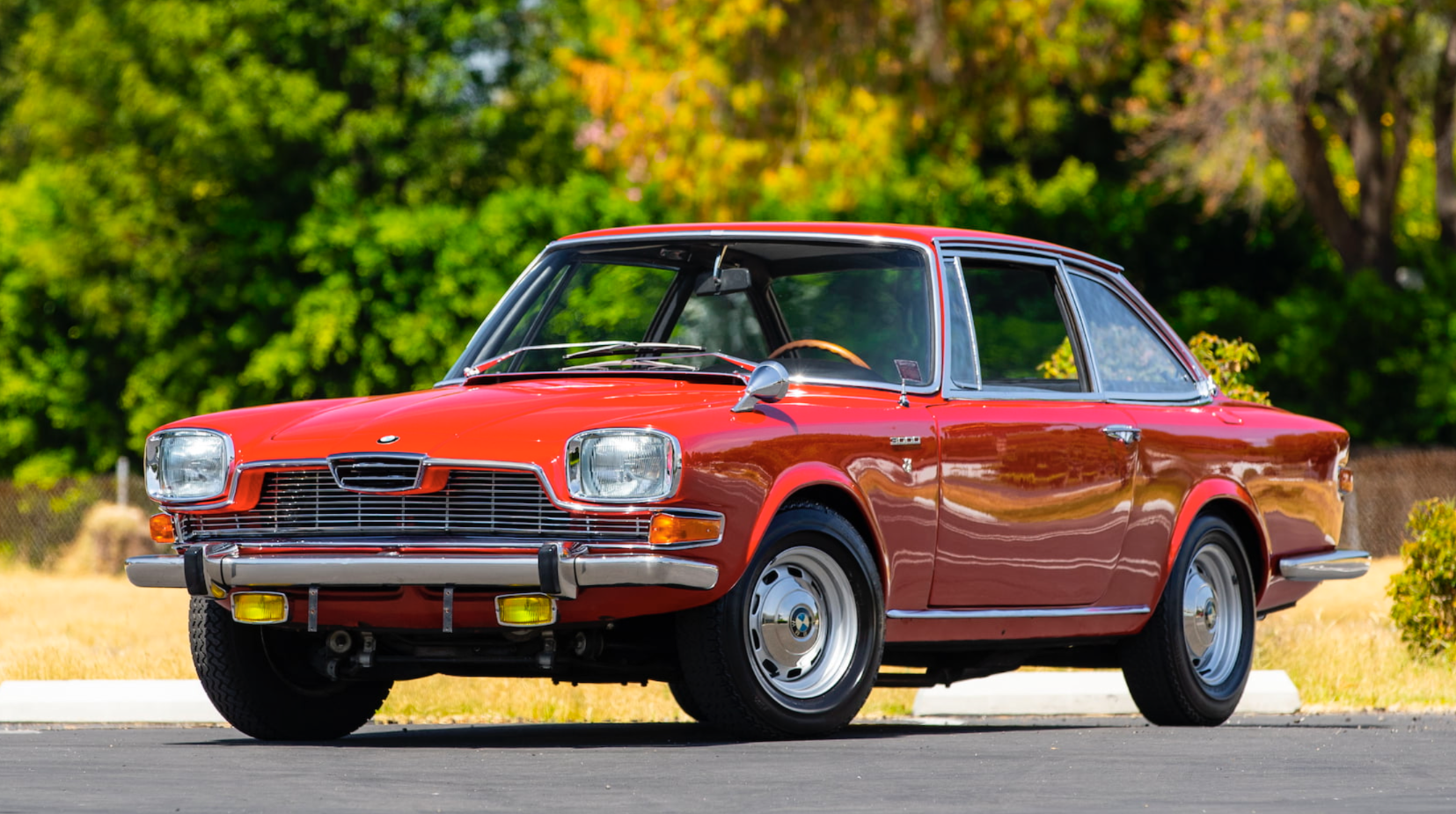 Evaluation: One of 389 built and spent many years at the Berlin Auto Museum. Since restored. Chrome is original and dull but the paint is decent. Dry window rubber that is cracking in places. Good restored interior. Clean underneath. Presentable, attention-grabbing example of a very rare bird, often called the “Glaserati” thanks to its Frua bodywork.

Bottom line: Little Bavarian carmaker Glas built microcars (adorably named Goggomobils) and handsome little coupes like the 1700 GT and 2600 V8. But its pioneering use of timing belts on overhead-cam engines caught the beachball-shaped eye of BMW, and the larger carmaker absorbed Glas in 1966. Then, there was a short period when some Glases got BMW engines and badges before the brand was phased out altogether. This car is one of them, and it was a $73,000 no-sale on PCarMarket last January, a $63,000 no-sale on Bring a Trailer a month later, and a $60,000 no-sale at this auction last year. Putting a price tag on an oddball car like this can be difficult, but it looks like the seller stuck to their guns and that patience actually paid off.