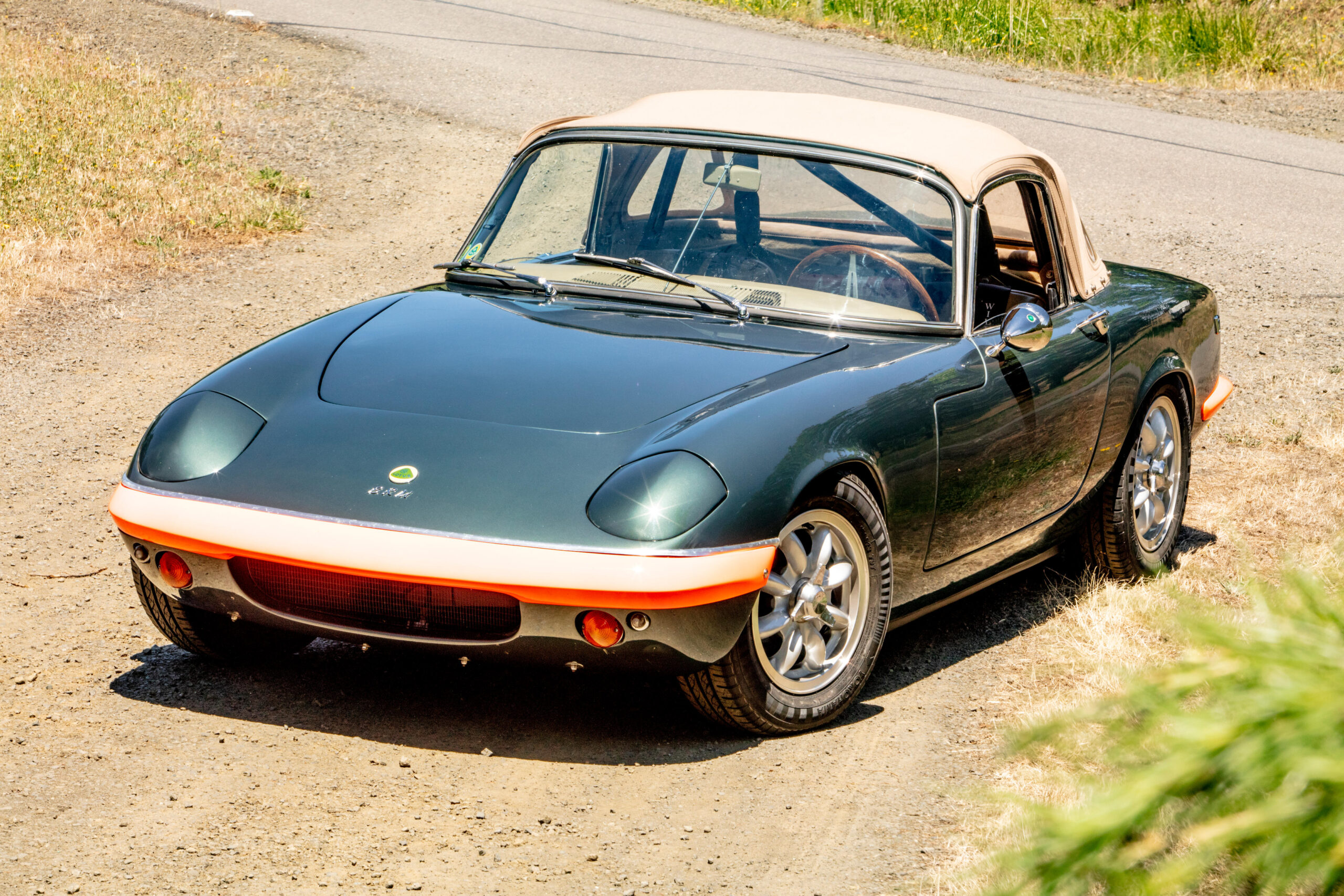 Evaluation: BRM clone built by a former Smiths Instruments engineer (save your British electrics jokes) to the tune of about $75,000. There is some waviness in the paint plus some scratches, and a small scuff on the left headlight door. Some hammer marks are visible on the wheel lobes, and some dirt and light stains are visible on the top. Good restored interior. Tidy underneath. A neat usable Elan in eye-catching colors that is super cool despite its cosmetic shortcomings.

Bottom Line: The brainchild of BRM racer and Lotus dealer Mike Spence, the BRM-tuned Elan essentially took Colin Chapman’s featherweight and gave it a little extra punch. Since those were the days when Lotus would still sell you a car in kit form, Spence would take unpainted Elan kits and send the Twin Cam engines to BRM for either a 130 or 140 hp tune. BRM conversions were expensive and the Elan was already so very good that few of those conversions were completed.

Actual production numbers aren’t clear for genuine BRM Elans but they’re extremely rare no matter what the number is, and in this country they’re practically unknown. This is a very cool tribute and clearly a labor of love. The price it brought reflects all the tasteful upgrades and is a rather high price for an Elan, but it’s entirely deserved and fun-per-dollar still one of the best values of the auction, far cheaper than any of the horde of vintage 911s also offered at Bonhams.