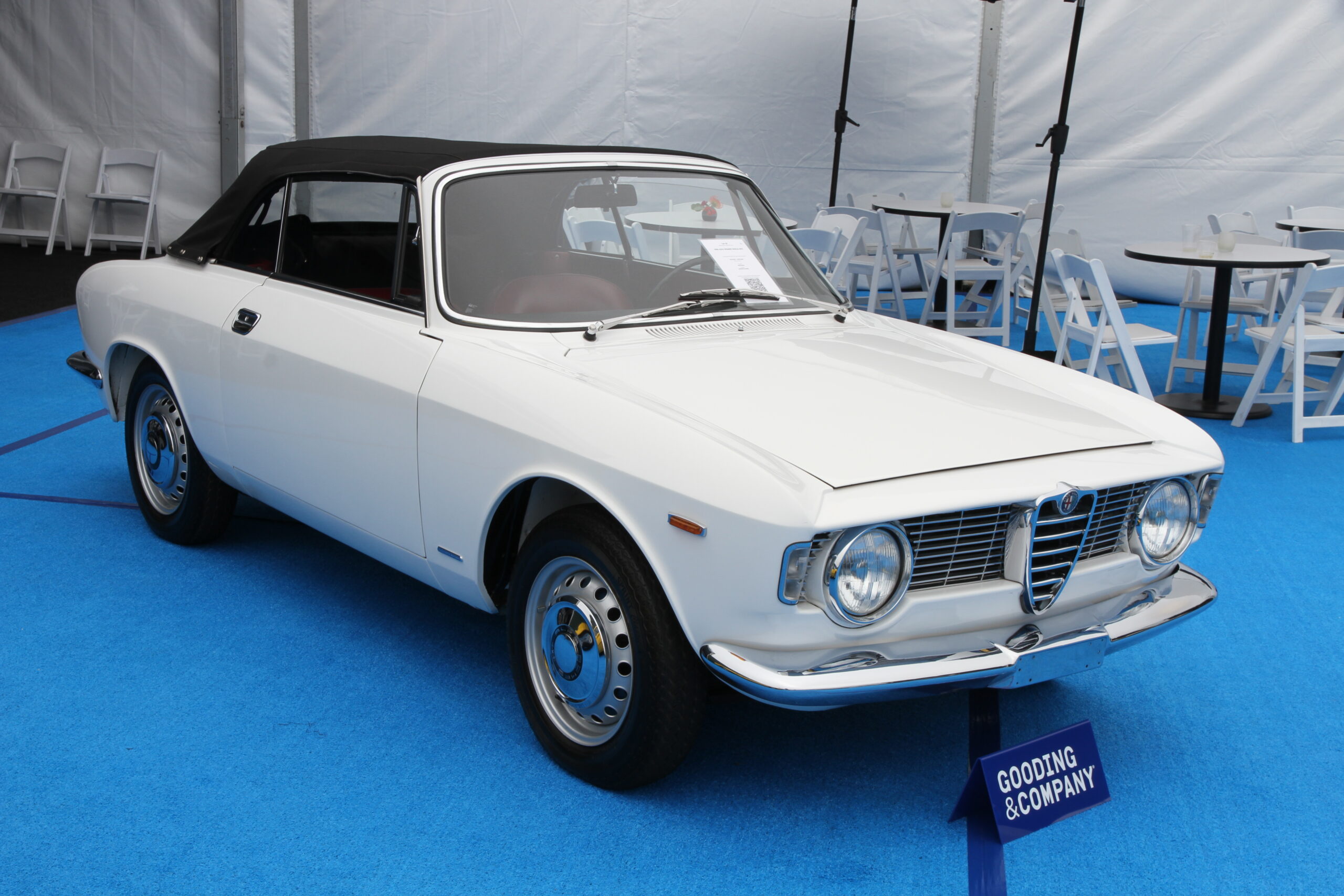 Evaluation: One of 1003 built by Carrozzeria Touring. Sold new in Switzerland in blue over tan cloth, and restored there in the 2010s. Good paint with a small scratch on the nose and a light scrape on the edge of the trunk lid. There is a troubling group of cracks and blisters behind the left front wheel well as well. Lots of scratches on the windshield frame. A few blemishes on the wheels but underneath the car looks mostly clean and just lightly driven. Light scratches on the side glass. Very good interior with nothing to nitpick. A rare, noteworthy Alfa with mostly forgivable flaws.

Bottom Line: Compared to the normal Giulia, the drop-top GTC is on a different level of rarity and is considerably more valuable, although not quite as nice to look at. We’ve seen this one come to market twice before, once for the exact same $148,500 final price at Gooding’s Scottsdale auction in 2018, and once two years ago on Bring a Trailer where it failed to sell at a $72,000 high bid. It appears to have gotten lost in the shuffle on BaT but hit an absolute home run on each of its trips to Gooding. A more realistic market value for this competently but not concours restored Alfa is somewhere in the middle.