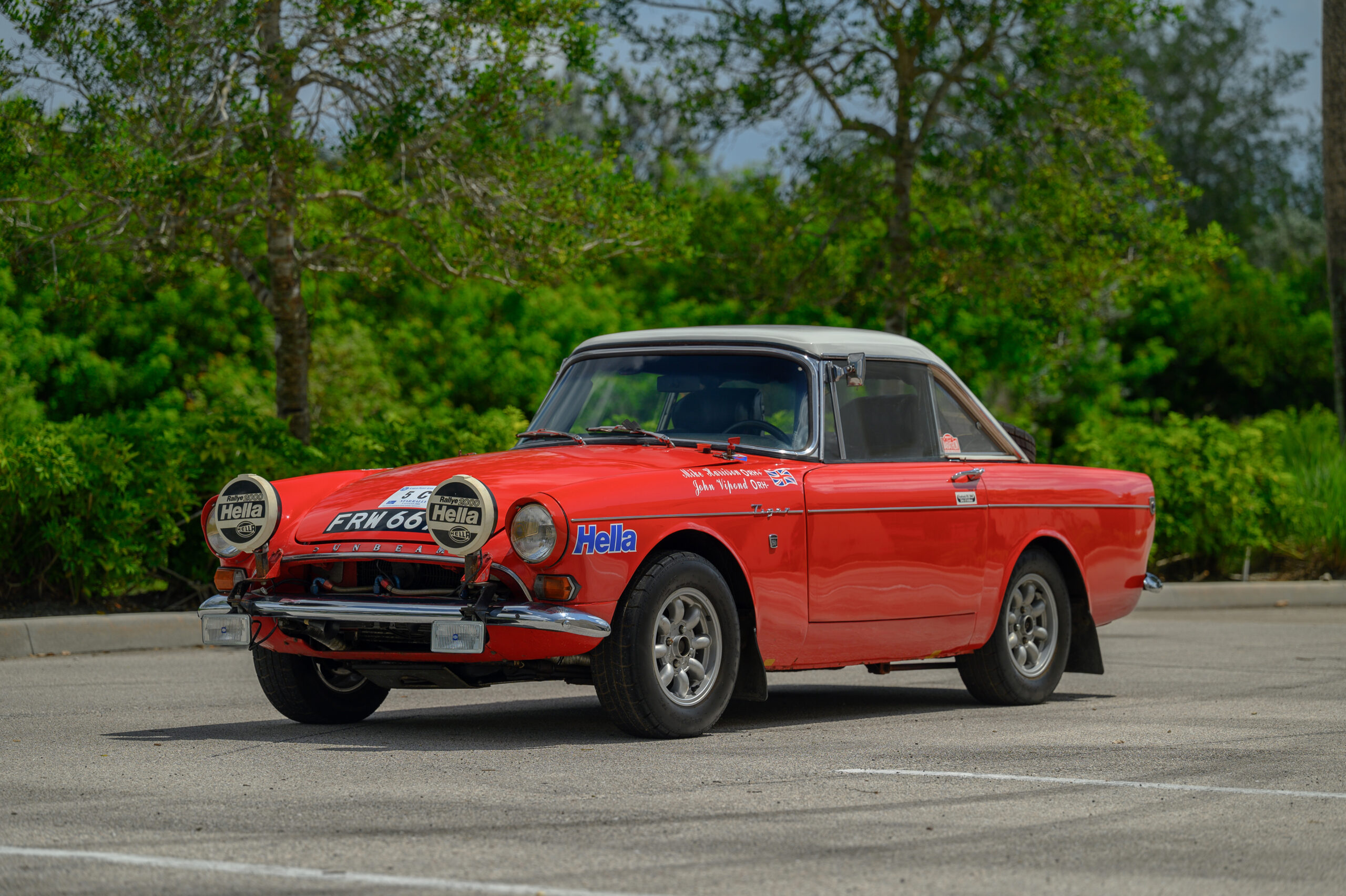 Evaluation: One of seven prepped by the Rootes Competition Department. Ran the 1966 Monte Carlo Rally, driven by Andrew Cowan but damaged after hitting a road marker and somersaulted. Then sold to factory driver Ian Lewis but by the 1970s it had a 289 engine and was converted to RHD. Reportedly restored twice, including a rebody and currently in long-stored condition. Old, scratched chrome and older paint with lots of chips on the nose. Some scrapes along the bottom of the right rocker panel, and the panel fit is a bit uneven. Pitted gas cap. Clean wheels. Tidy underbody. A fun, fast historic rally car well set up and ready to enjoy.

Bottom line: Although it had some mild success in rallying and sports car racing, the Sunbeam Tiger never became the racing phenomenon the Cobra was. This one’s checkered history and static condition also don’t help matters, and neither does the fact that it was only the fifth lot of the day while the room was still filling up. Still, at barely half its low estimate and about the cost of a nice #2 condition Mk I Tiger, one can’t help but feel that this was a serious bargain. Once sorted, it will be a vintage racer with vast potential at rallies and circuits wherever the new owner wishes to take it. Even in a high-end auction jam-packed with million-dollar metal, there are deals to be had.

>
The XJR-15 is the coolest modern Jaguar. At Monterey, you'll be able to buy two of them.
A story about
Monterey Car WeekRM Sotheby's