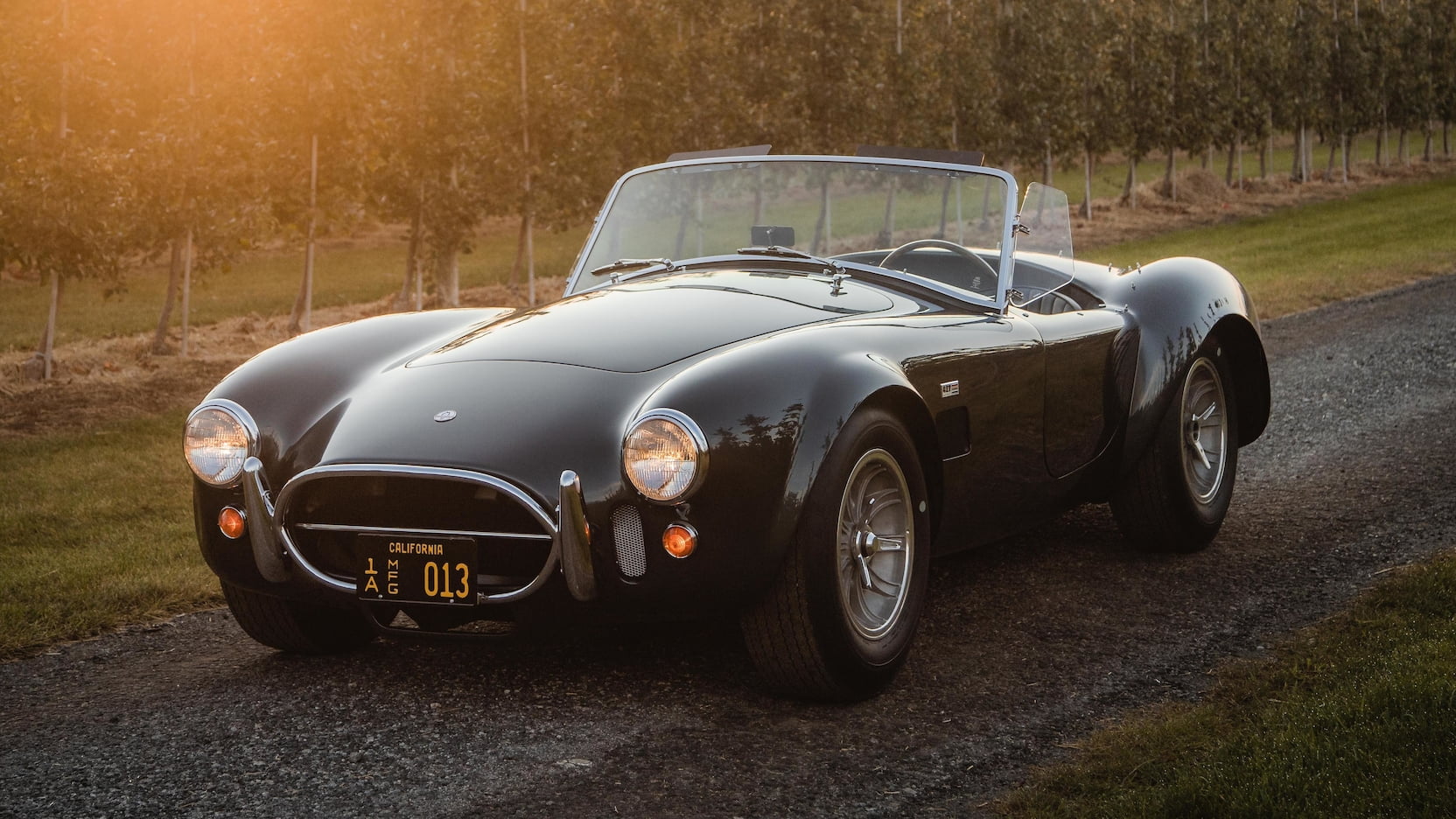 Evaluation: Carroll Shelby’s personal Cobra from new until his passing in 2012, one of five 427 cobras finished in Charcoal Gray. Originally equipped with a 428, but Shelby later had the 427 side-oiler and an automatic added. Restored by Mike McCluskey in the early 70s, then again at Shelby in the early 2000s and concours restored in 2016. Excellent paint free from any signs of use. The interior is in great condition with only slight wrinkles on the driver’s seat from very limited seat time. Excellent chrome and brightwork other than the vent wing brackets that exhibit some slight pitting. Driver’s side vent wing appears slightly scratched near bottom. Sunburst wheels appear to be unrestored. Engine compartment restored to an exacting detail and in great condition with exception of a slight fuel stain on the intake. The condition is fantastic, but more significant to collectors is the Shelby ownership history.

Bottom Line: This car sold for $1,375,000 at RM Monterey 2016, but at the time it was painted red and had the automatic transmission, side exhaust, and a roll bar. It’s a very different car this time around, but the result here is still huge. It’s the most expensive car sold in Kissimmee this year and over twice what another 427 in this condition would bring.