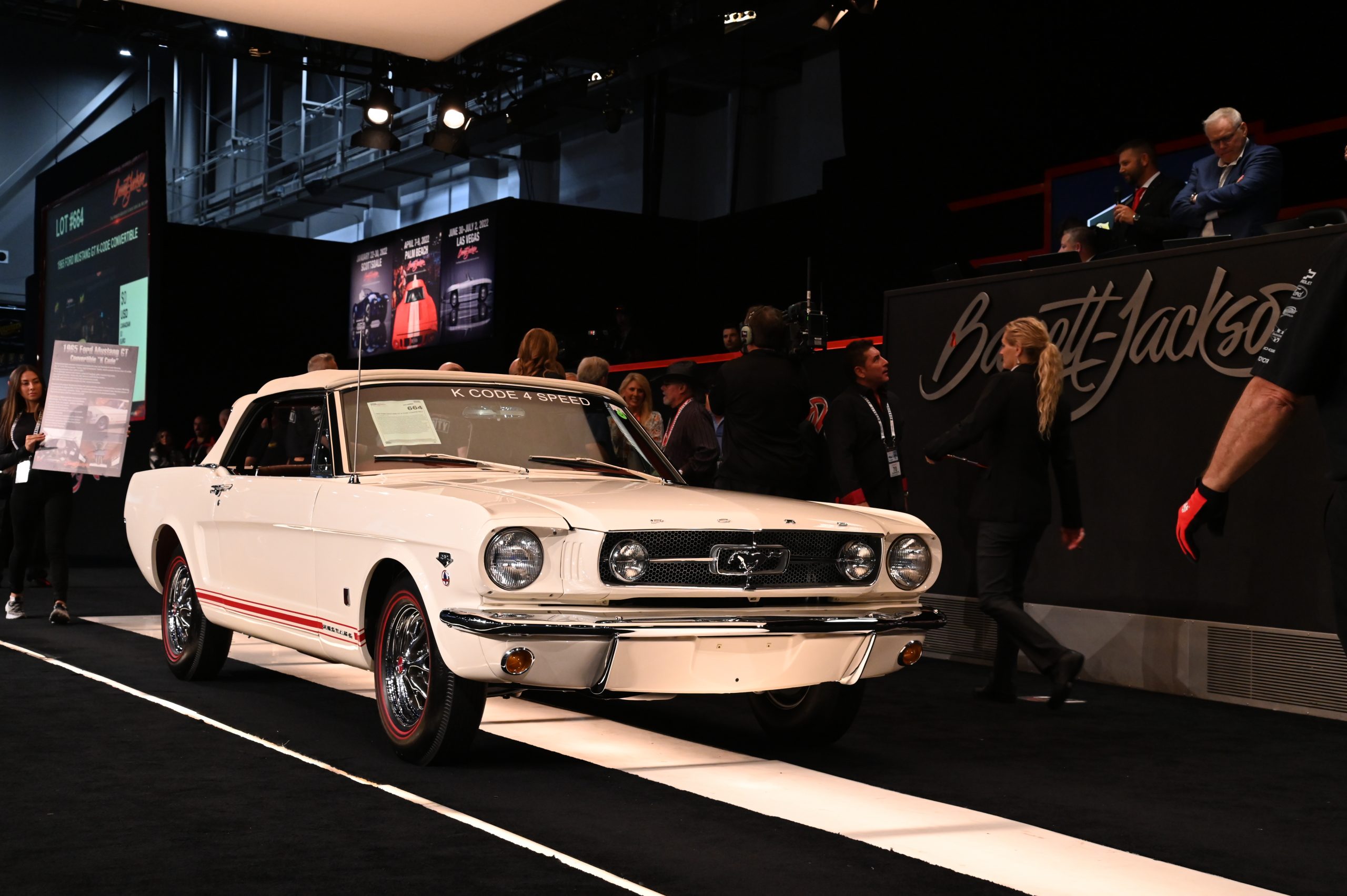 Evaluation: A genuine K-code GT with rare and desirable Cobra upgrades, fully restored to high standards in its original colors. Very clean engine bay and underbody. Older but good paint and chrome. Spotless trunk. The top is stretched and scuffed in a few spots. Excellent interior. Only light general age on a well and fully restored Mustang. With this equipment it’s one of the most desirable 1965 Mustangs that isn’t wearing a Shelby badge.

Bottom Line: For the Mustang’s extended debut model year of 1965, Ford sold over 680,000 examples its new pony car. At the year/make/model level it’s the most popular classic car in the country, and the second most is the 1966 Mustang. These are not rare cars by any means, so Mustang freaks love to dig into the options lists in order to distinguish one ’65 from the next. This one ticks most of the right boxes, especially under the hood, and stood out in an auction that had quite a few desirable Fords on offer. It last sold at Barrett-Jackson Scottsdale last year for $77,000, but the collector car market has made serious moves since then and a $95,700 final price for it in 2021 isn’t crazy. 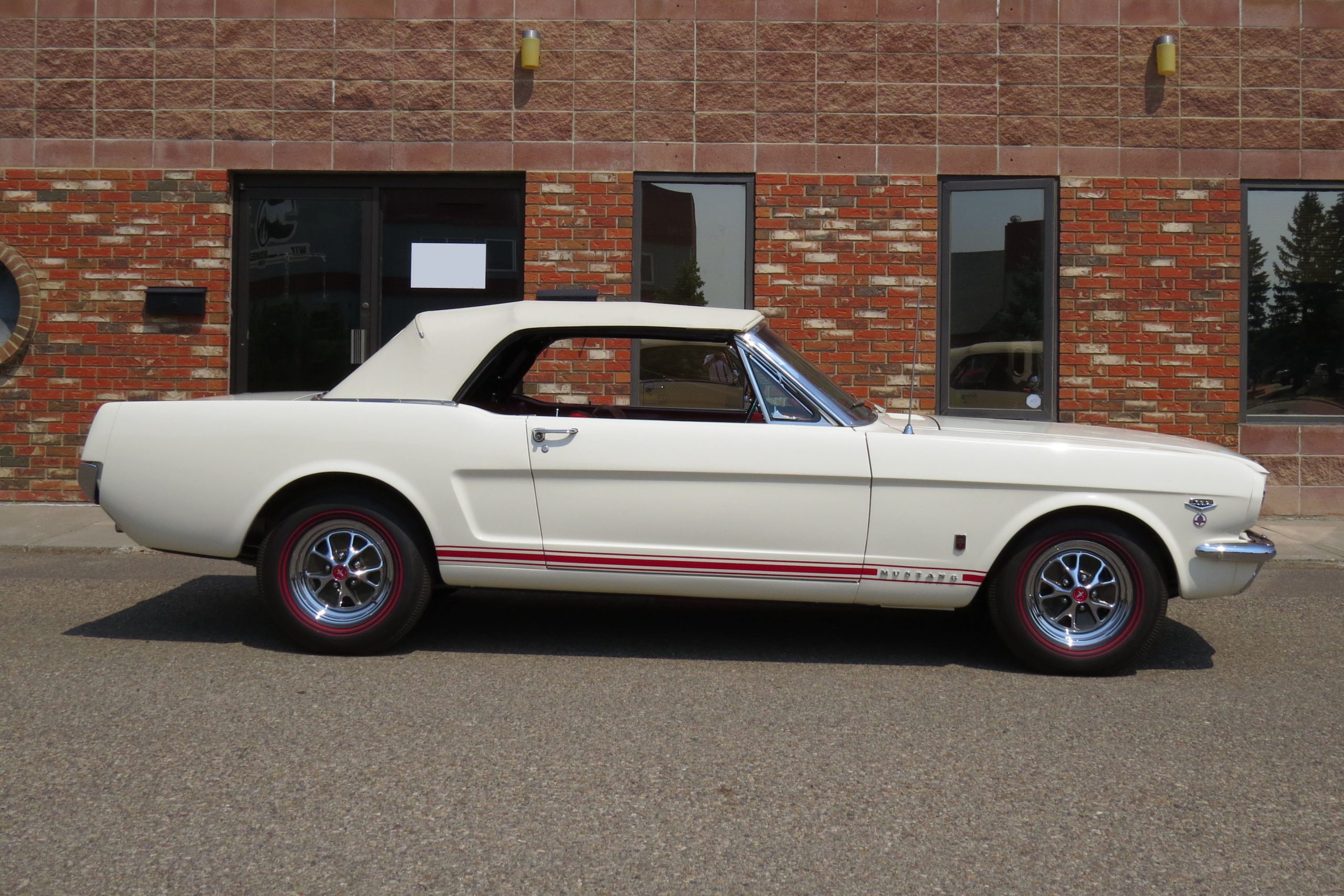 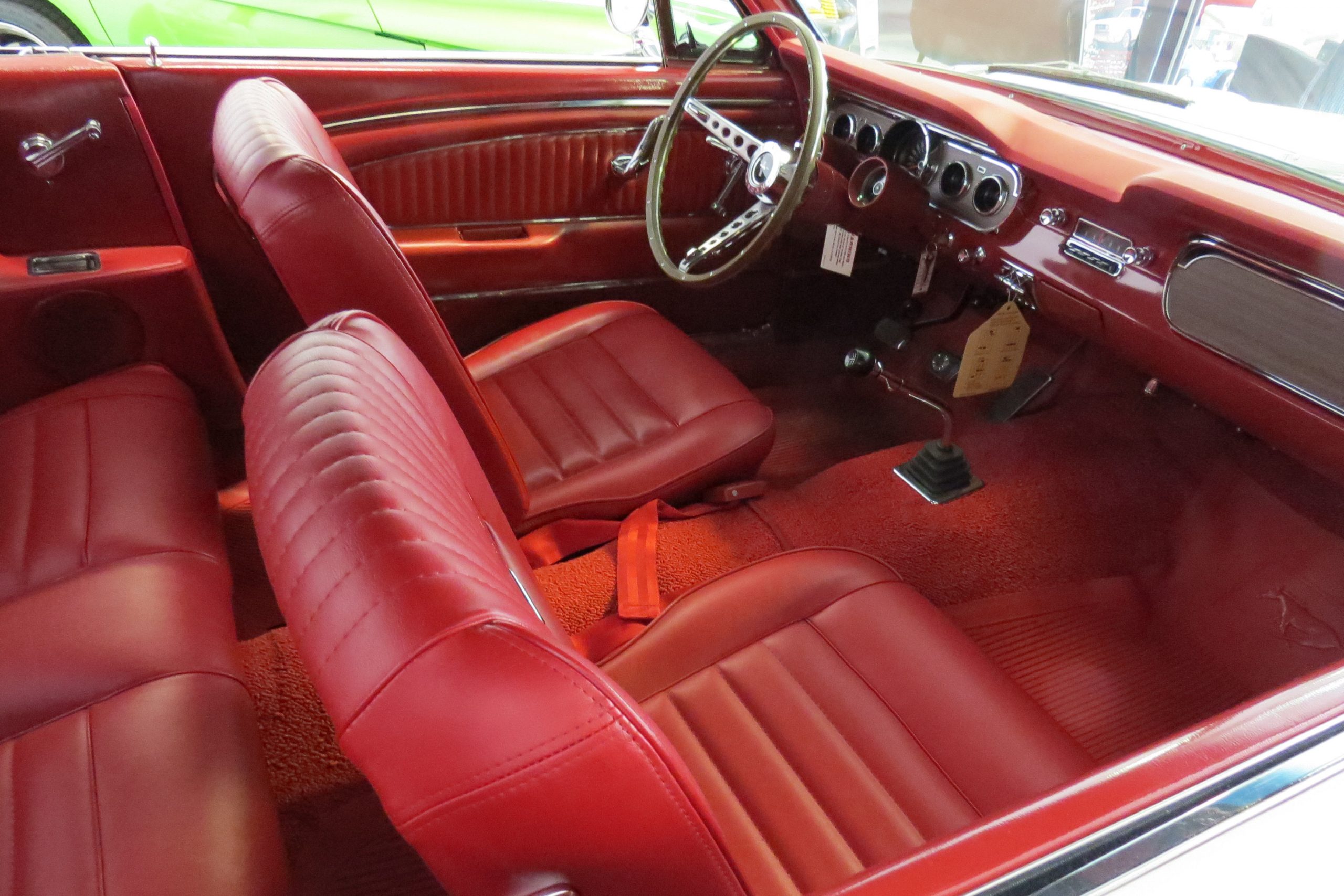