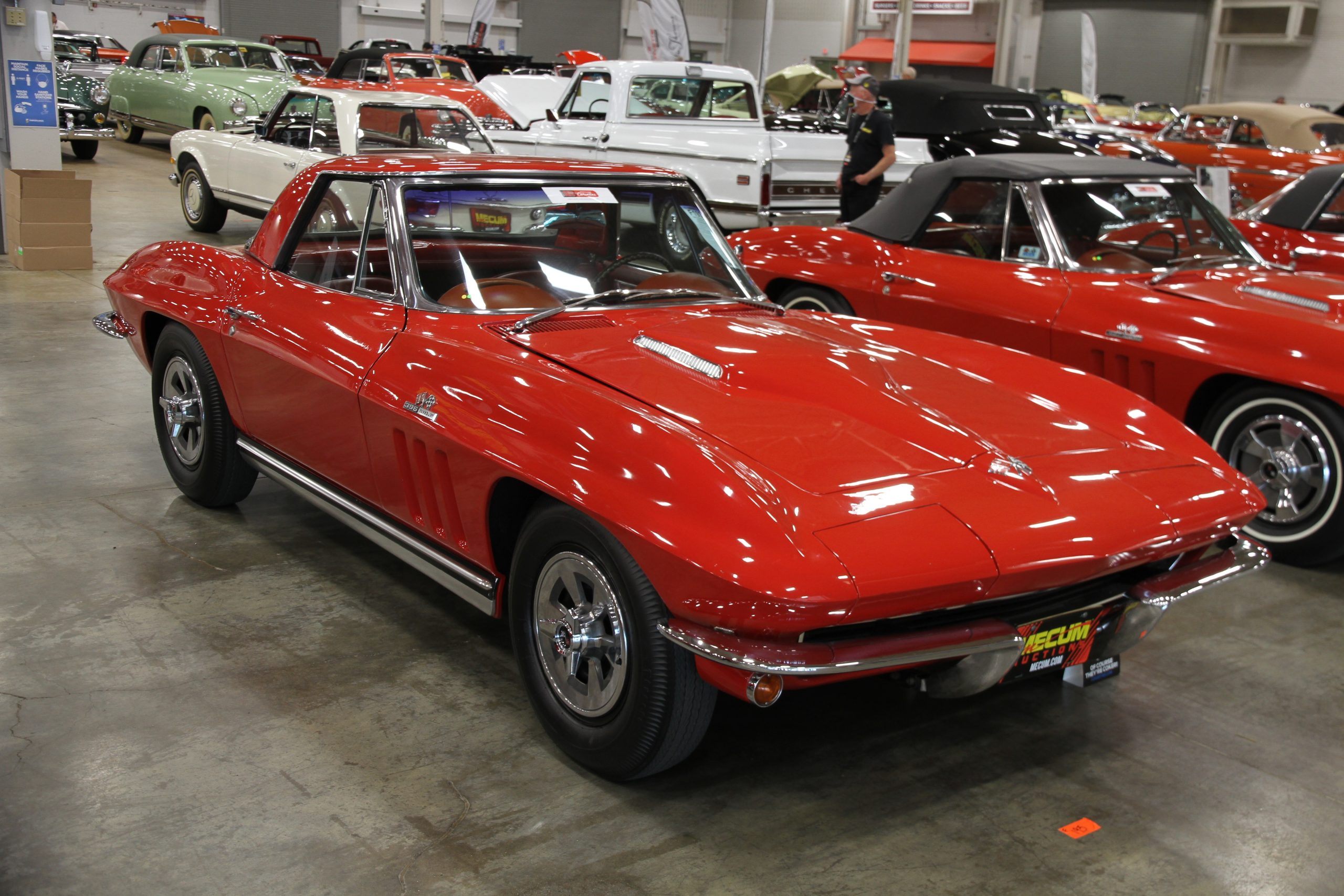 Evaluation: One of several unrestored red Corvettes from the Mark Davis collection. All original and matching numbers, and the 43,999 miles showing are represented as actual. A quintessential preservation class car, and it has received Bloomington Gold Benchmark and Survivor certifications. There are a few blemishes and chips on the body but nothing major, and there is general dullness and light crazing as you’d expect on 56-year-old paint. The chrome and wheels look good, and the windshield frame is lightly scratched with a small dent on top. Other than paint coming up below the shifter, the interior is just about perfect. Under the hood, some of the orange paint is coming up from the engine but there’s no real cause for concern. This is an excellent survivor with a rare powertrain to boot.

Bottom Line: The 1965 model year marked the debut of big-block engines in the Corvette and spelled the end of the fuel injected cars, as the big-block offered more power and less complexity at a cheaper price. Four-wheel disc brakes also arrived for the first time. The 396 big-block lasted only one year, as Corvette moved to 427s for 1966. This car ticks a lot of the right boxes in terms of options and equipment, but what really attracted bids was its preservation, something that can’t be duplicated and for which it has deservedly won awards. If it went through a concours restoration it would be worth less.