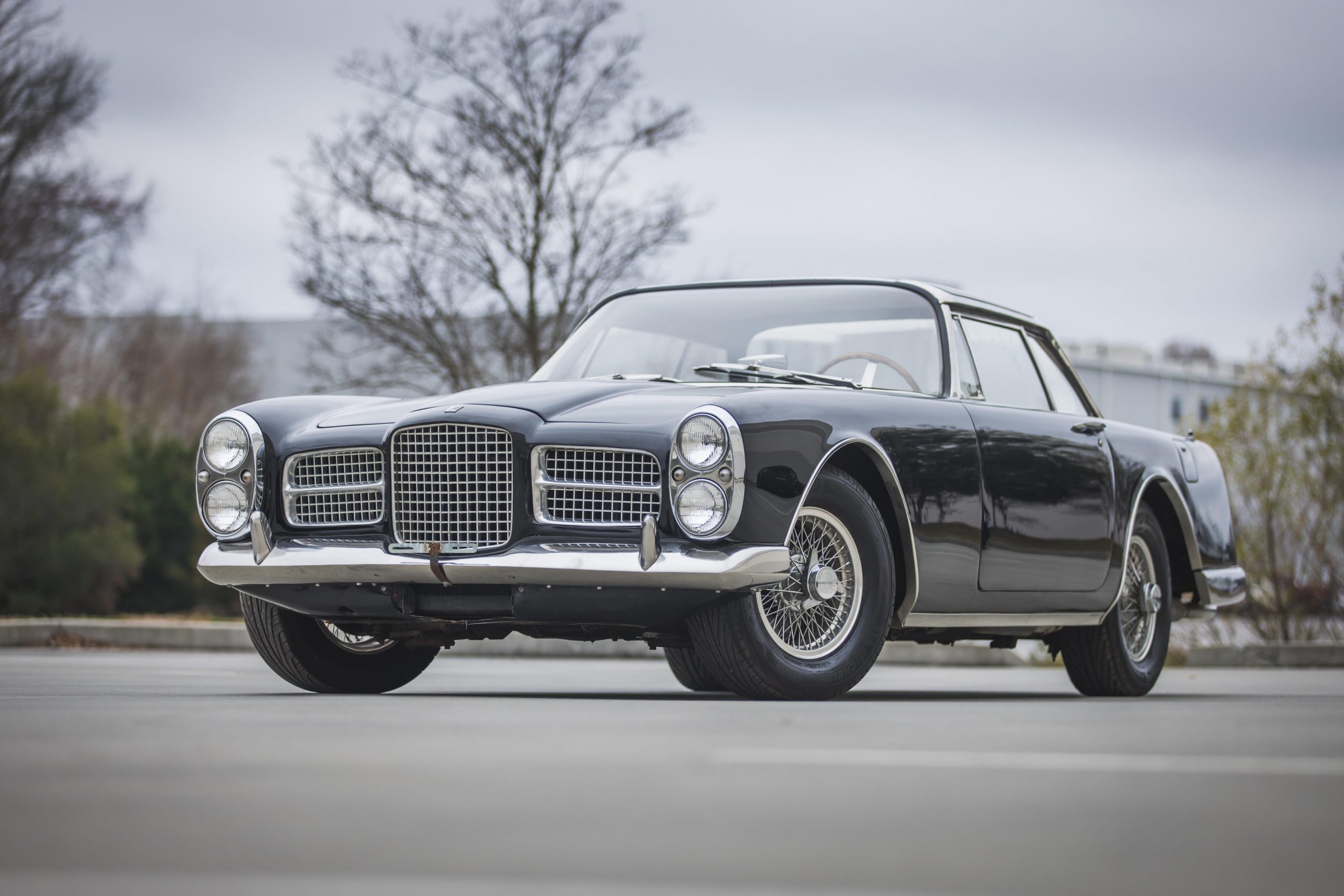 Evaluation: Sold new in California. Represented as the 137th of 185 Facel IIs built. Tired, possibly original chrome. Faded 2005 repaint with some scuffs and scratches. Dull wheels. The chassis looks unrestored, showing oxidation and dirt. Reasonably tidy engine bay, but it hasn’t run in over a decade. The interior looks much better than the outside, with lightly worn upholstery and solid wood. A prime restoration candidate or a basic driver, at least after it’s brought back to running condition.

Bottom Line: While not a household name, Forges et Ateliers de Construction d’Eure-et-Loir (FACEL) made some of the most luxurious and stylish cars on the road in the 1950s and early 1960s, characterized by clean understated styling, a large rectangular grille and a Rolls-Royce-level price tag but straightforward Chrysler running gear underneath.

The Facel II was the last V-8 model before the company went bust and some, including the company boss, regarded it as Facel’s best. This example is a long way from being the best at anything, although getting it running at least will be more straightforward thanks to the 383 under the hood. It was realistically estimated by Bonhams, and realistically bought by the new owner.