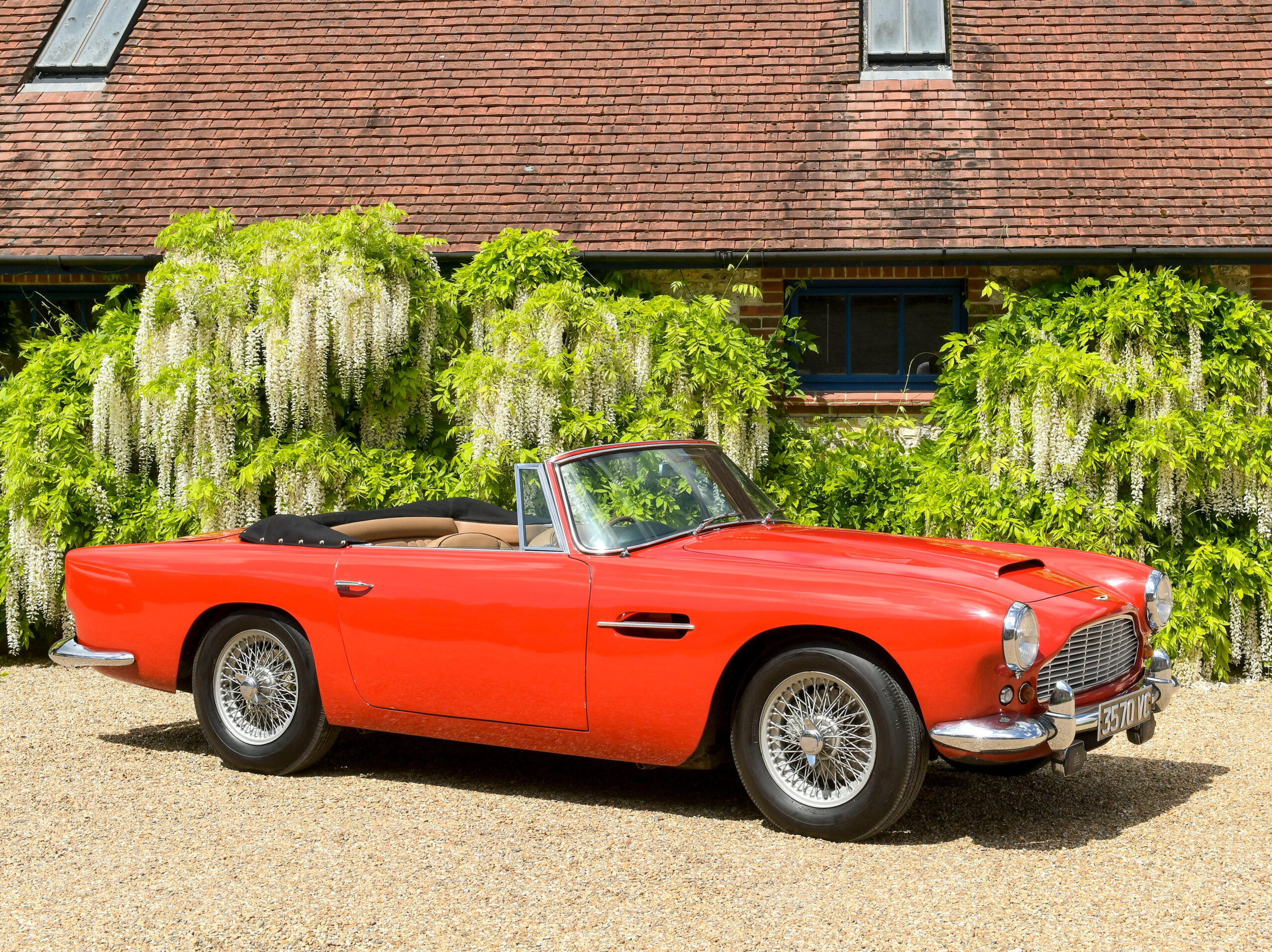 Evaluation: Represented as one of only 70 DB4 convertibles made and as a matching numbers car. Bought new by Sir Peter Hall, founder of the Royal Shakespeare Company, and finished in Midnight Blue over dark blue. He had the engine upgraded to the triple-carb setup at the factory in period. Known subsequent ownership history and present family ownership since 1983. Around 5000 miles since the engine was professionally rebuilt in 1994, and the upholstery was redone in 1995.

Rough paint and older chrome, silver-painted front grille and silver-painted wire wheels. Original window trim leads to an original-looking hood frame and canvas top. The boot has the only new addition with smart black carpets. The seat leather is good quality but soiled-looking and next to faded carpets. Not restored but not totally original, either, and ready for a refreshment.

Bottom Line: A drop-top DB4 in RHD is a rare thing indeed, even rarer than a DB4 GT, but this one is far from the world’s best and Sir Peter Hall may have been knighted but he isn’t a known name in the car hobby. This price reflects the car’s aged condition and all parties should be happy even if Bonhams’ presale estimate was on the ambitious side. 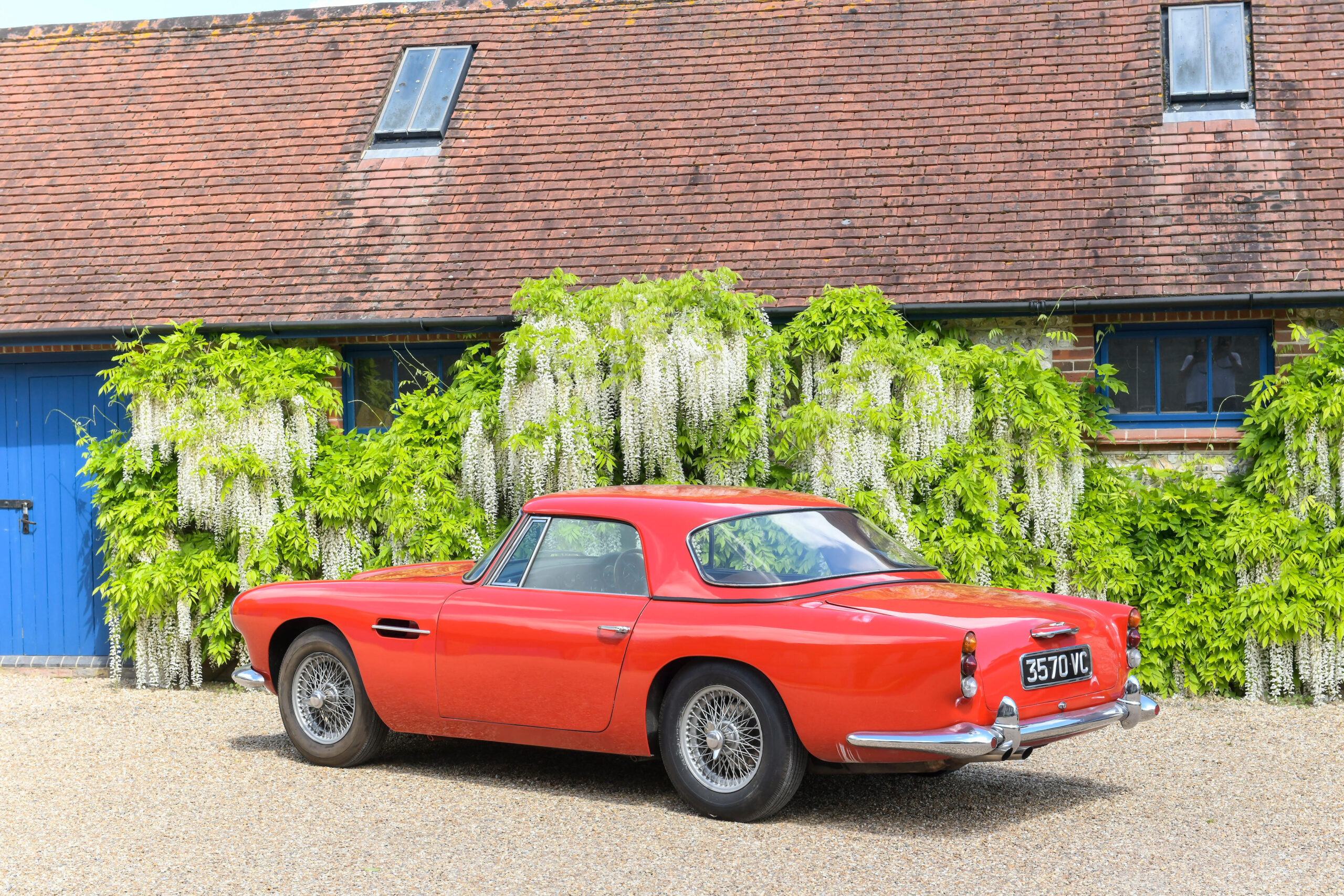 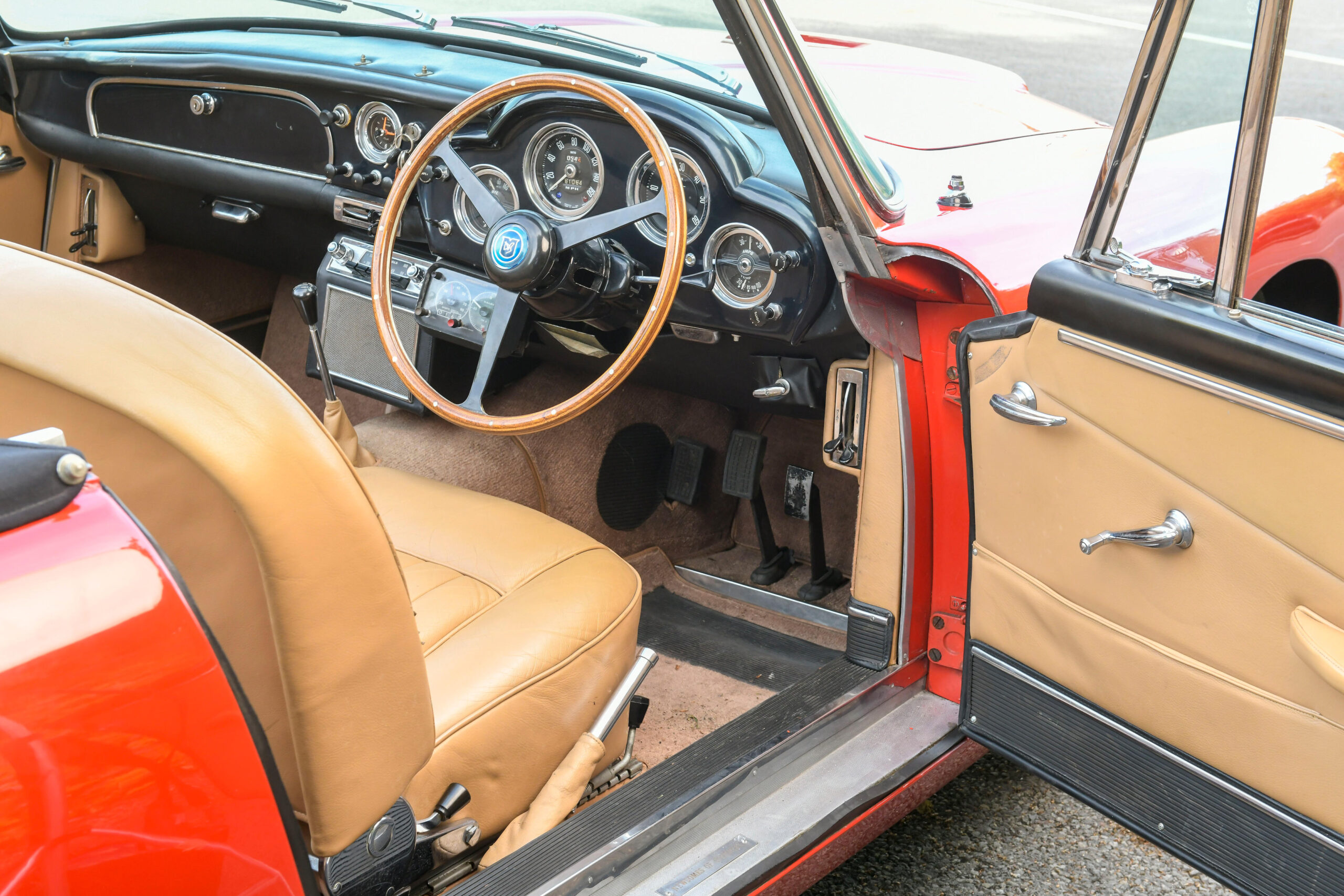