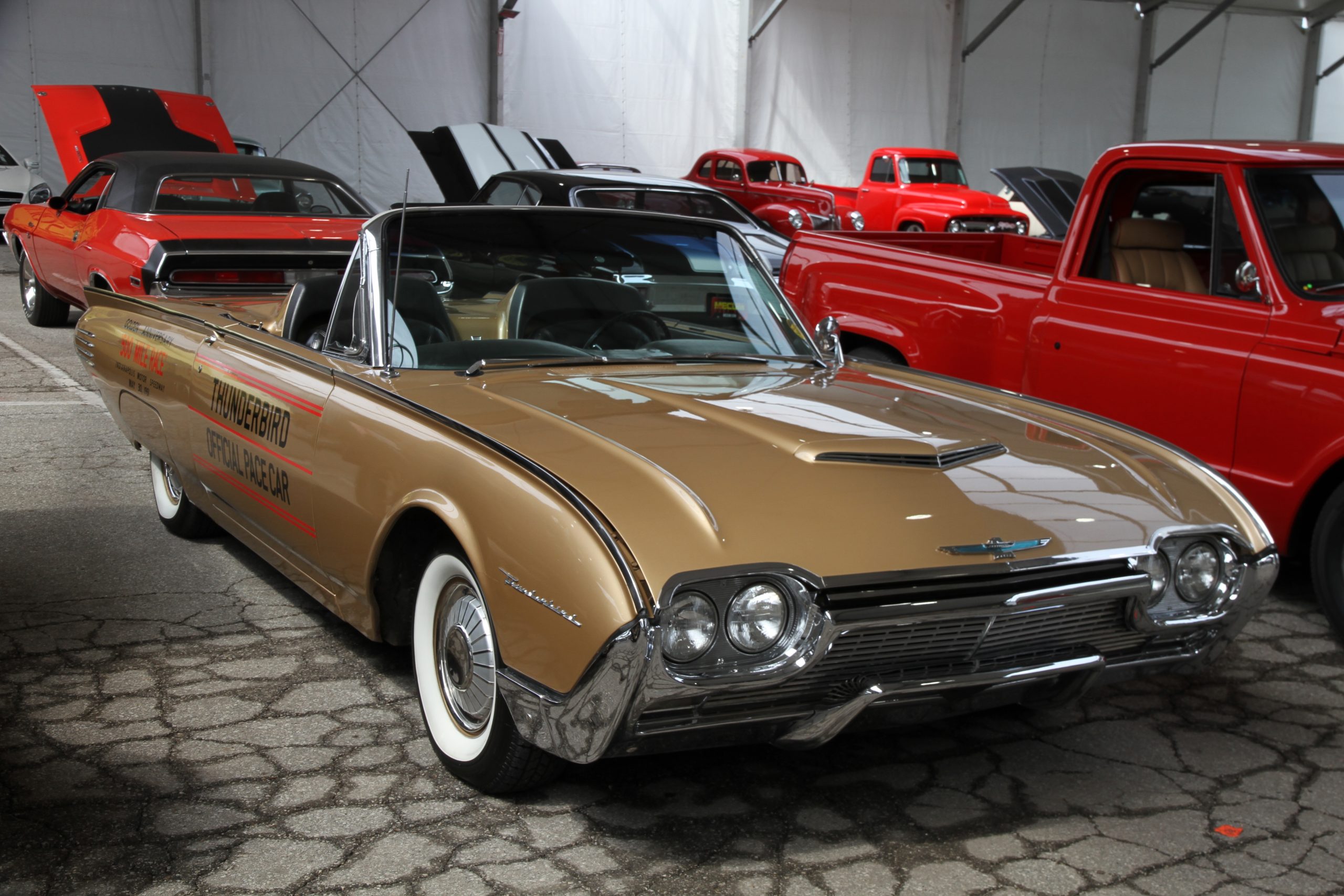 Evaluation: Represented as one of 34 T-Birds sent to the 1961 Indy 500 as a “festival car” (cars used in the parade and to ferry people around before the race) and one of four known to still exist. Finished in special paint not available on the normal T-Bird. Older, possibly original chrome showing light scratches. Repainted at some point, but now showing plenty of touch ups and scratches. The panel alignment around the tonneau is uneven and the doors stick out a tiny bit. Paint flaking off the wheels. Good, largely original interior with the signature swing-away steering wheel. Unrestored but tidy underneath. Not treated as a precious collector’s item given the mileage (70,599 showing) and the wear and tear, but a very rare genuine event car used at the race’s golden anniversary, and this is certainly the right town to bring it to for sale.

Bottom Line: 1961 was a big year for the Thunderbird. It was the debut of the third generation “Bullet Bird,” Kennedy’s inaugural parade used 50 Thunderbird convertibles, and a gold Thunderbird served as pace car for the Indy 500’s 50th anniversary race. But being such a rare Indy 500 festival car selling in Indy didn’t translate to big bucks here. It’s a modest result, all things considered, and the car would have had a lot more bidders eyeing it had it been properly restored.

>
What we're watching at Mecum Kissimmee
A story about
Mecum