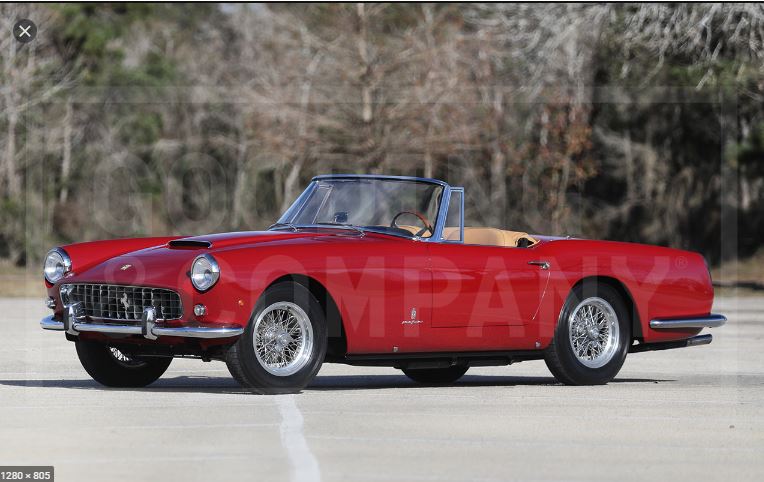 EVALUATION : Older restoration | Represented as the matching-numbers engine (internal No. 498F) and documented with a copy of the Ferrari build sheet (but not Ferrari Classiche certified). Restored in the early 2000s and retains very good paint and chrome. Interior shows only slight stretching and moderate creasing. There are some paint flaws, particularly over the left headlight. The underbody is nearly like new. From the featured Ferrari Spider Collection.