Evaluation: Restored in the UK in 2013. Light age and blemishes here and there but for the most part it is a lovely, fresh, well-presented 850 Mini, from very early in the run when they were still marketed as the Se7en, along with the Morris Mini Minor.

Bottom Line: Between 1959 and 2000 over 5.3 million classic Minis were built all over the world, but here in America a Mini is not a common classic car. The ones you do see are usually Coopers/Cooper Ss, Cooper clones, or later gray market cars built in Australia or Japan. Seeing such an early, bone stock Mini, then, is unusual. It’s reassuringly clean and the simple, basic functionality of the early versions is charming. Barrett-Jackson is an odd venue for a 34-hp Brit, but the price here is a reasonable if unremarkable one. 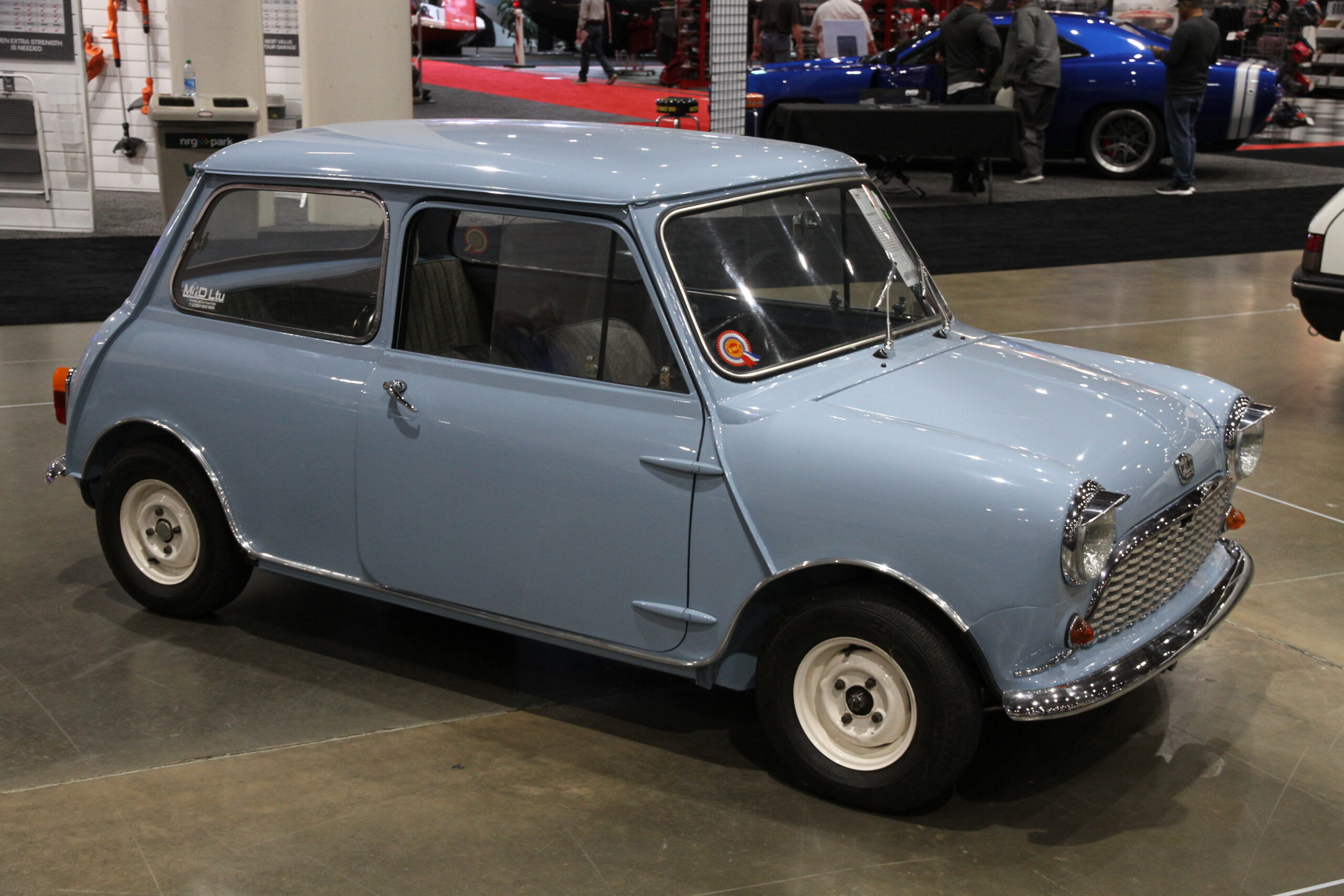