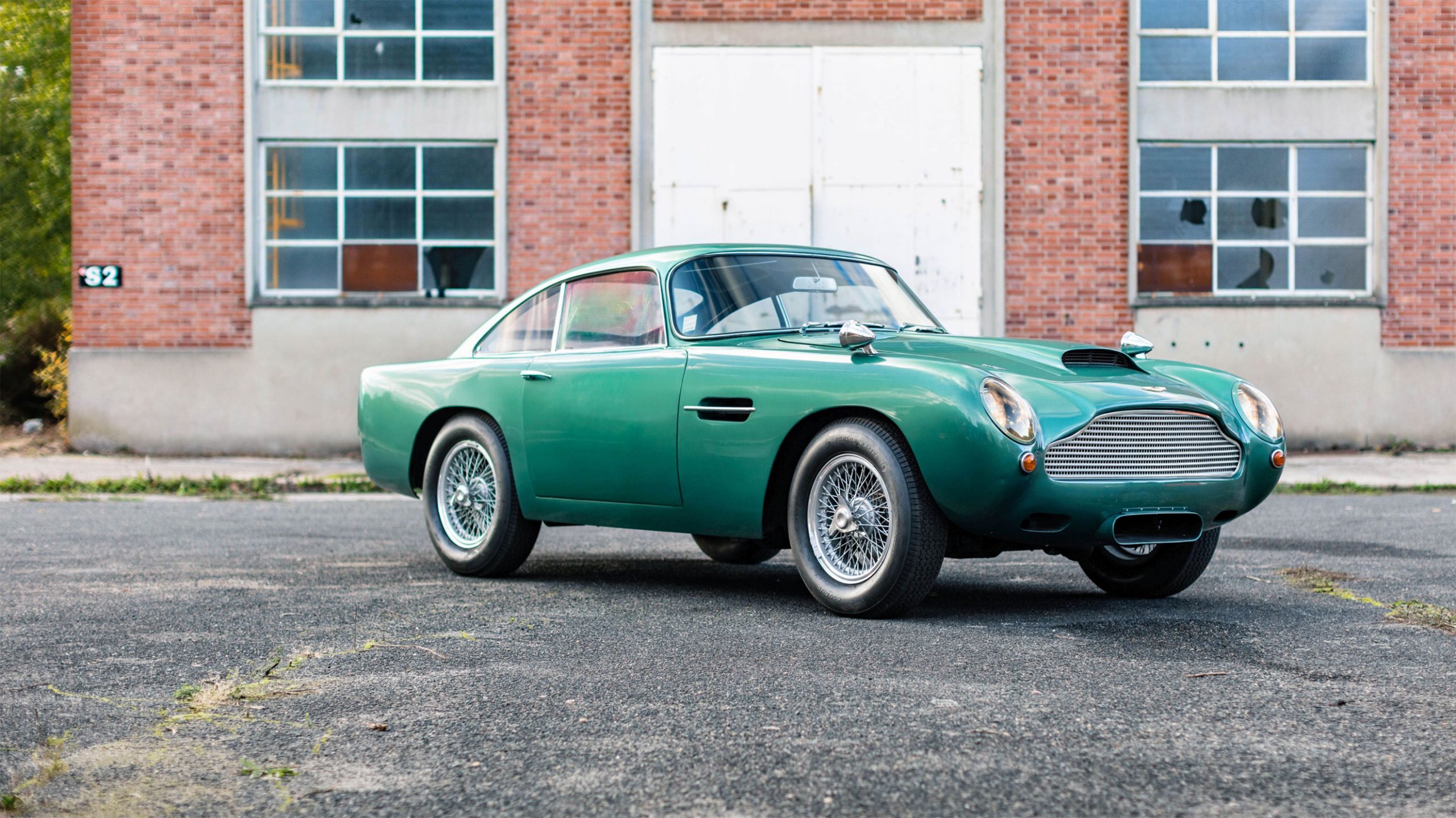 Evaluation: Factory replaced engine in the 1960s and later updated to the ZF 5-speed. Converted to left-hand drive in the U.S. during a late 1980s repair following a racing incident. Creased upholstery with scuffed driver’s seat bolster and piping. The catalog description says 5-speed but the shift lever shows only four. The paint is very good with some stone chips on the front valence and around the fuel filler caps. Provenance includes Nick Soprano and Peter Livanos. Some racing incidents in its past but expertly repaired and attractively presented. Good enough to own proudly, but also not too good to be driven as it should be.

Bottom Line: It’s an odd bright green color that may lie within the spectrum of the described “Aston Racing Green” but pushes the envelope. So, too, the checkered history. It was announced “for sale” at €1.1M and attracted only one more tiny bid to €1.15M where it was promptly sold. Said to be thoroughly documented in a book by Stephen Archer and Richard A. Candee, the result here speaks of significant doubts. 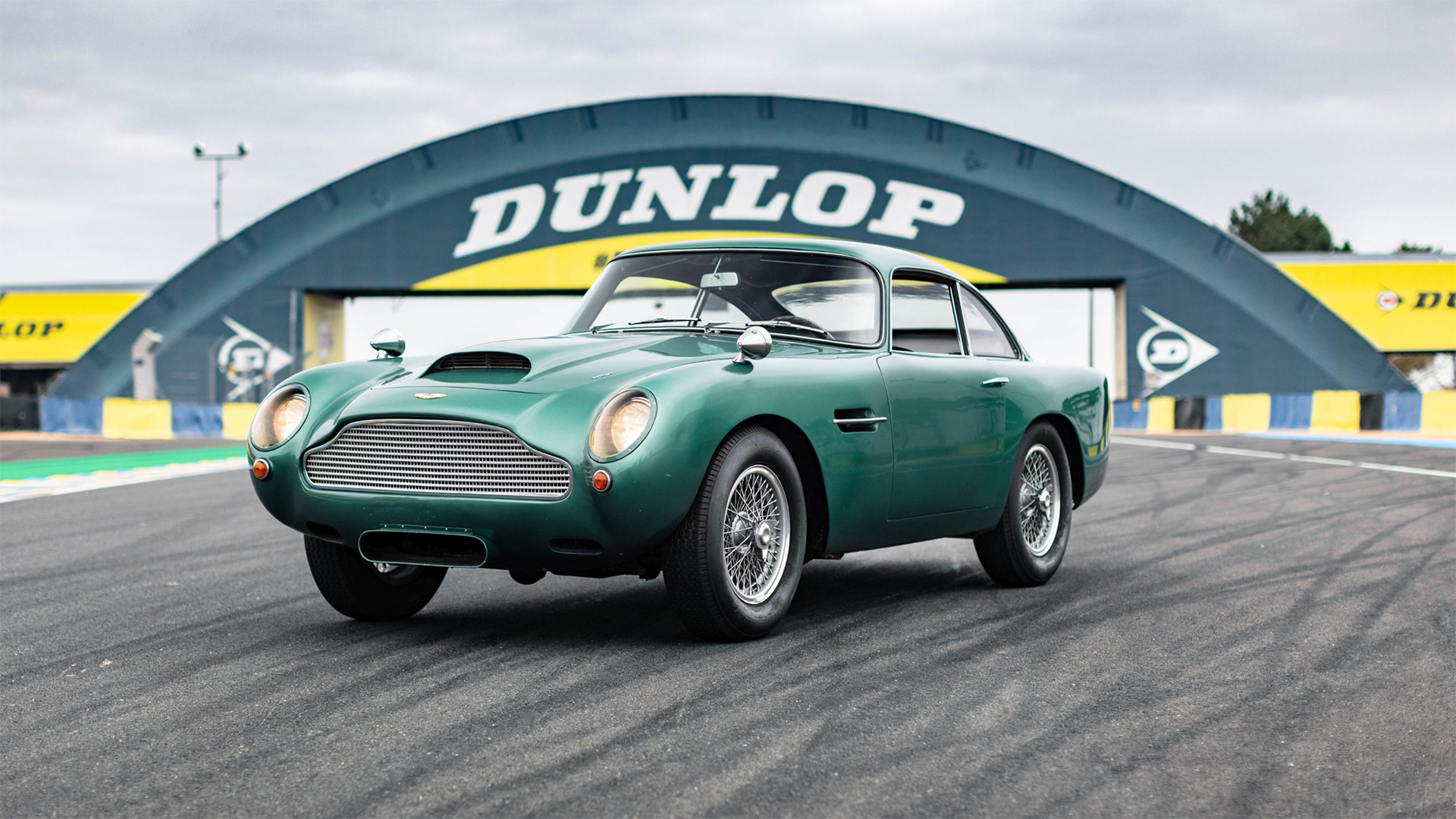 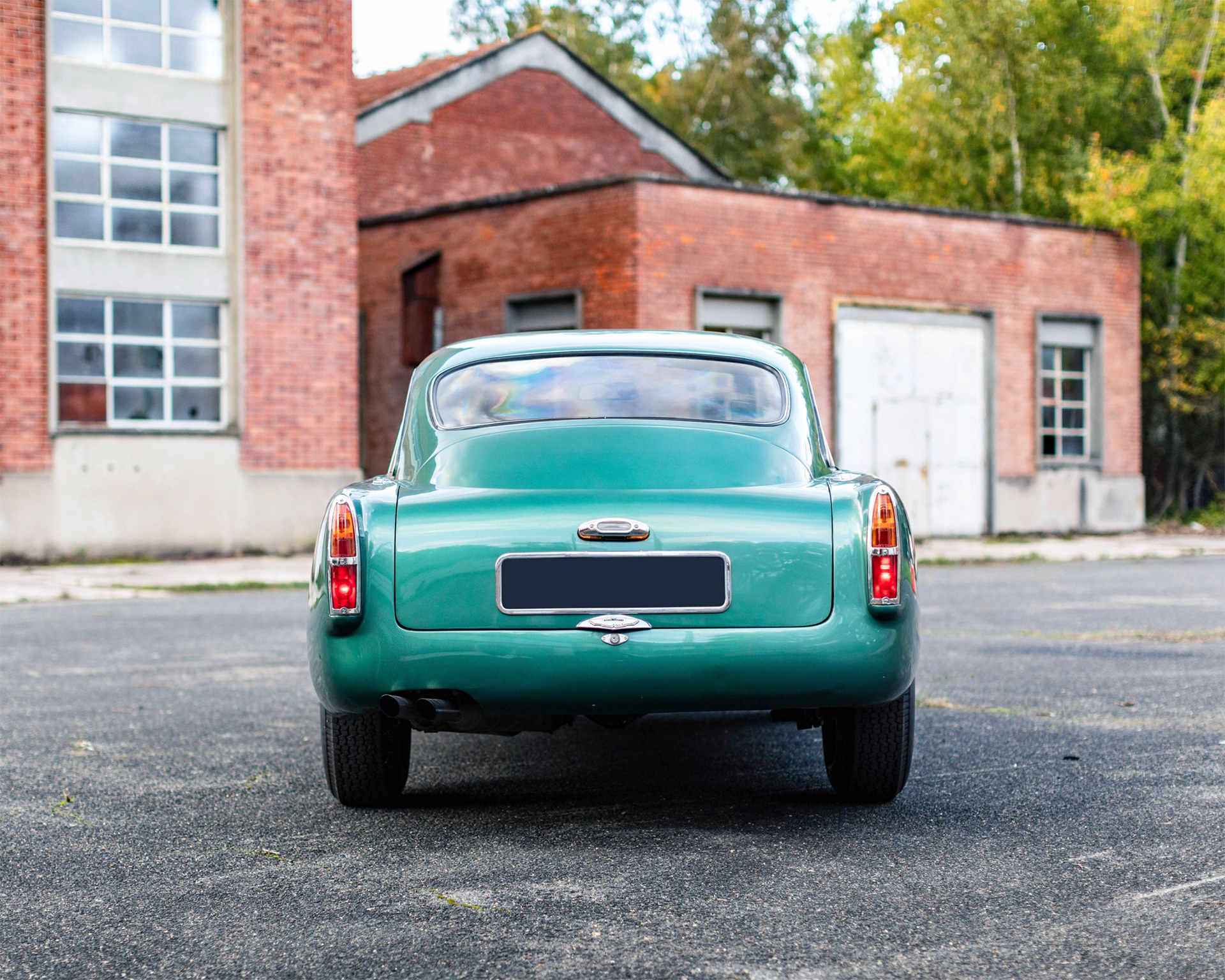 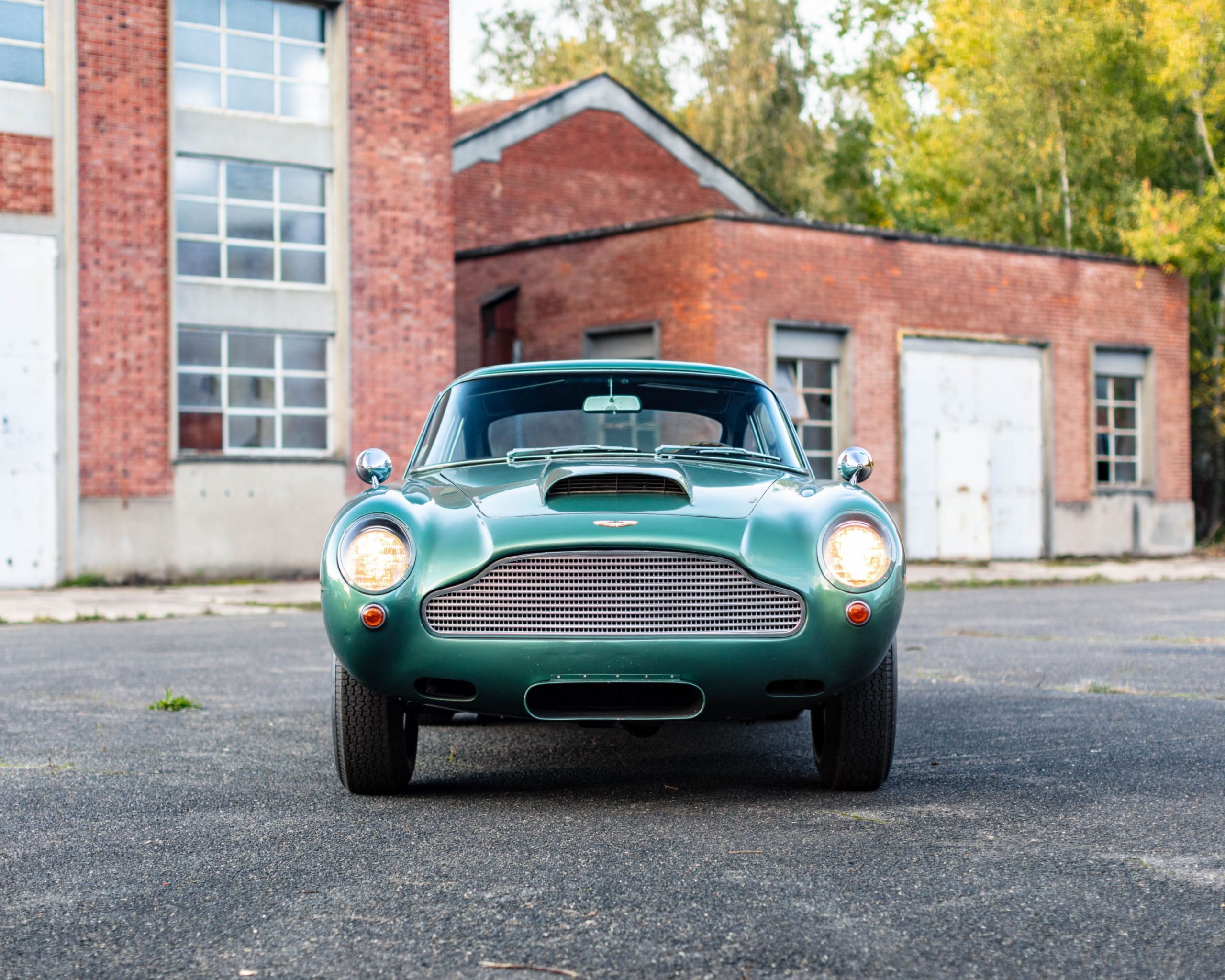 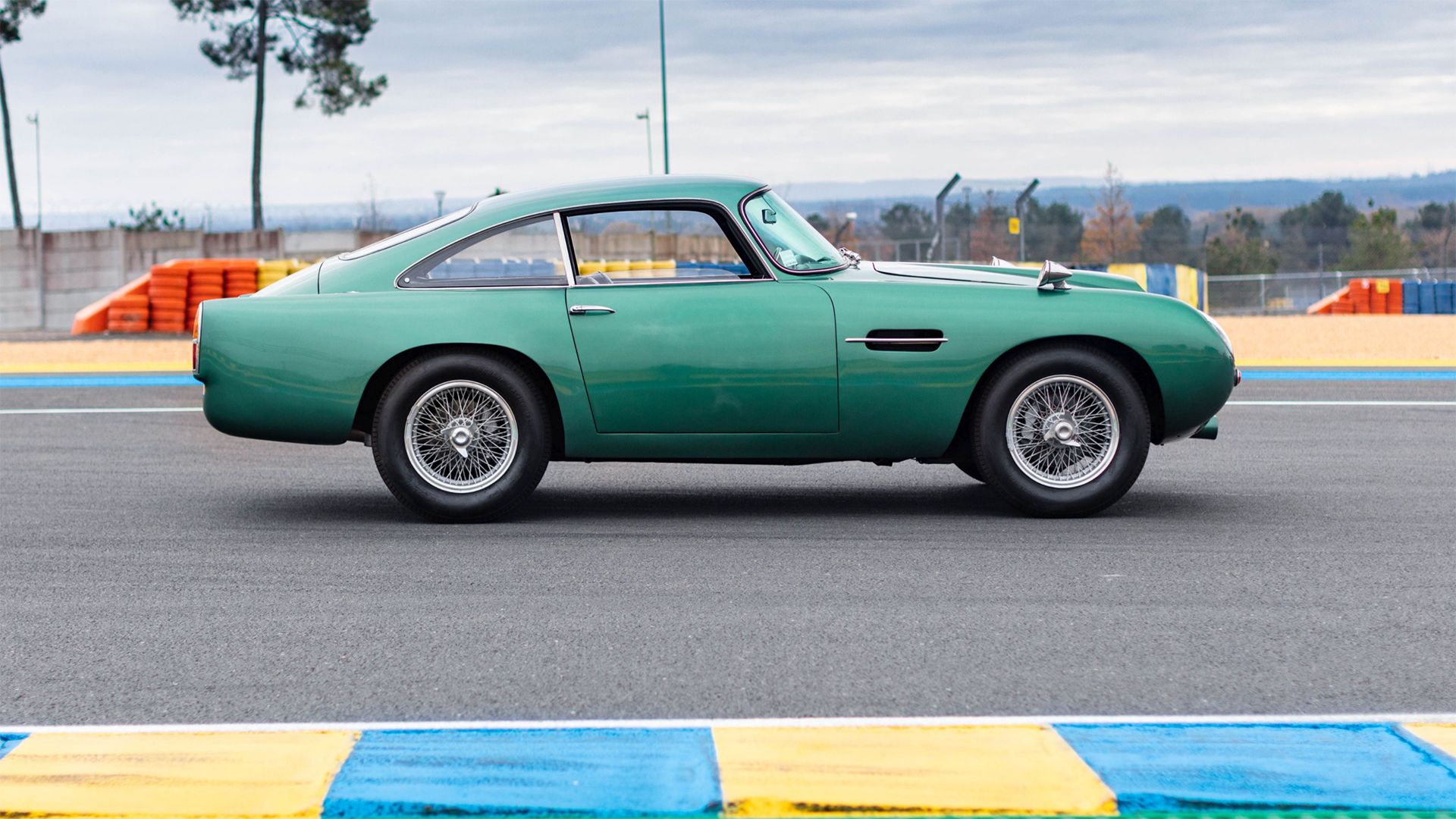 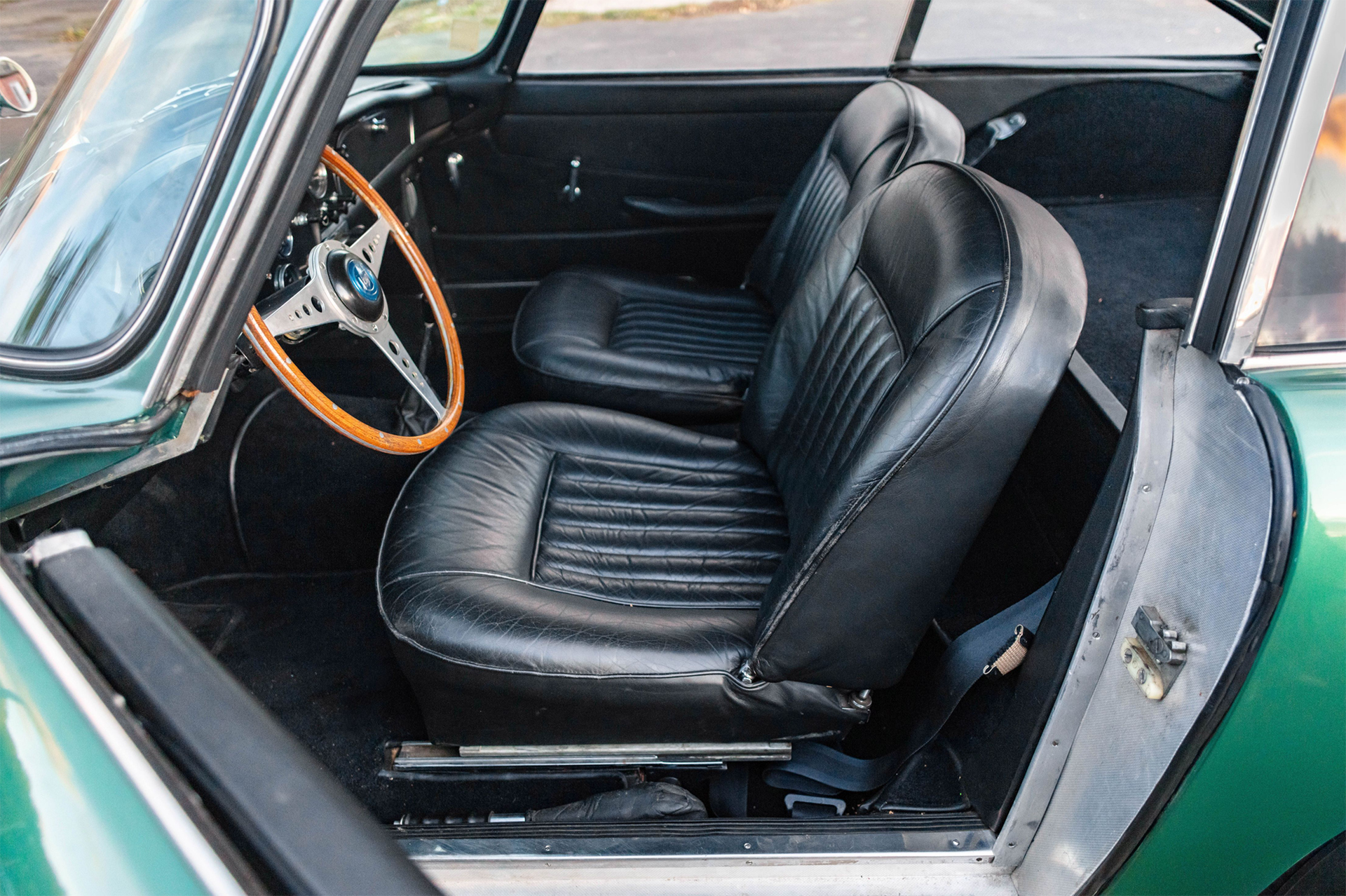 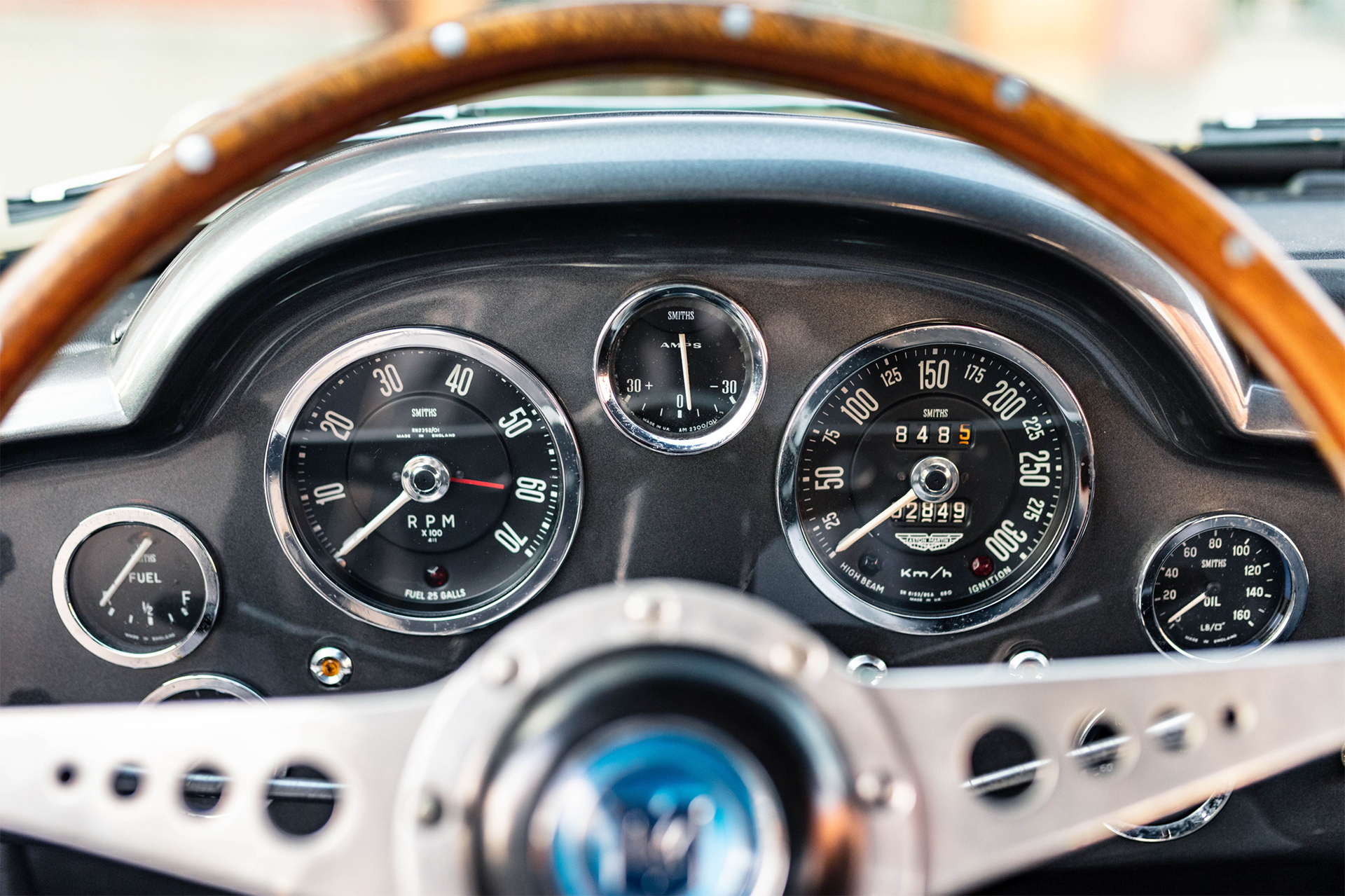 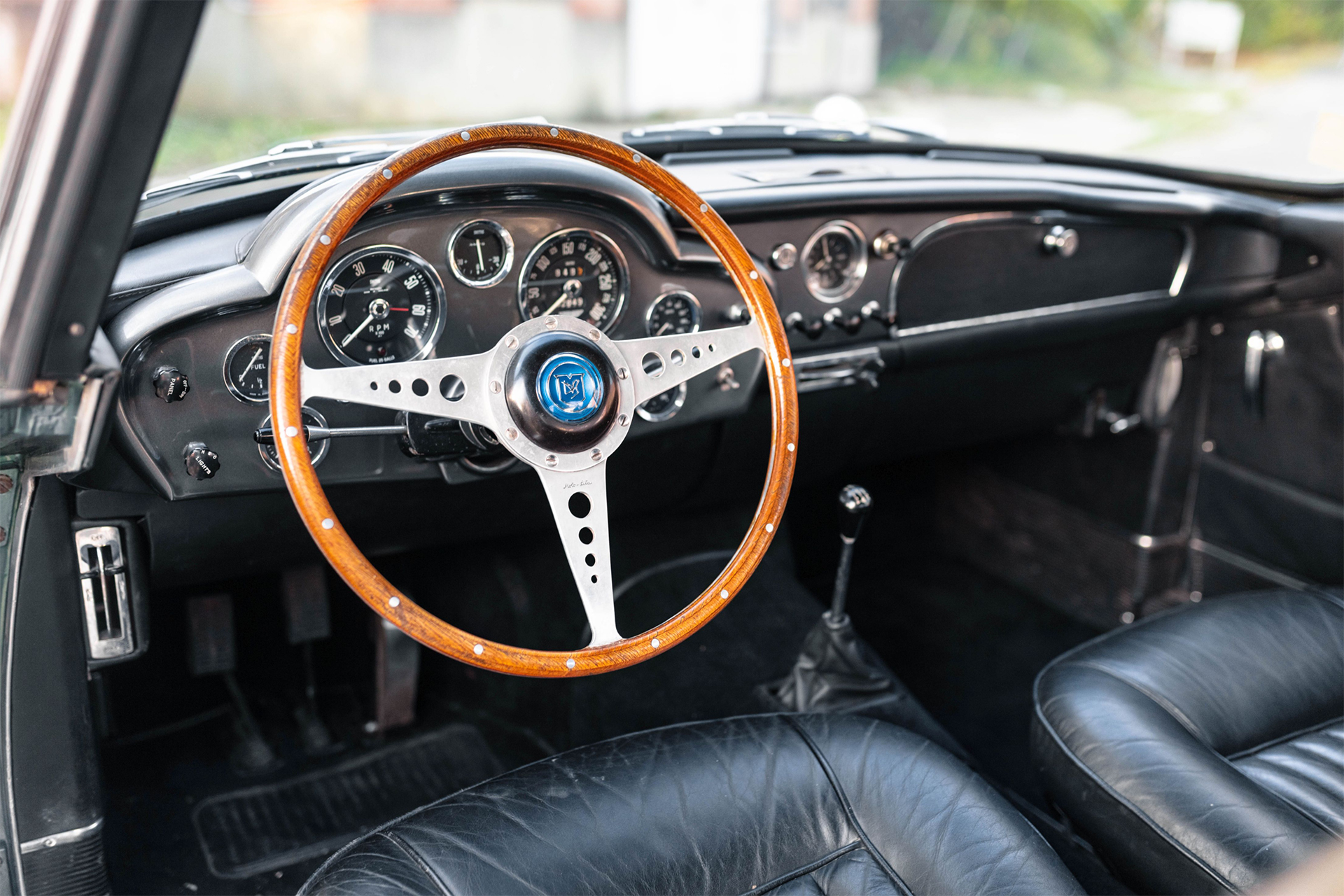 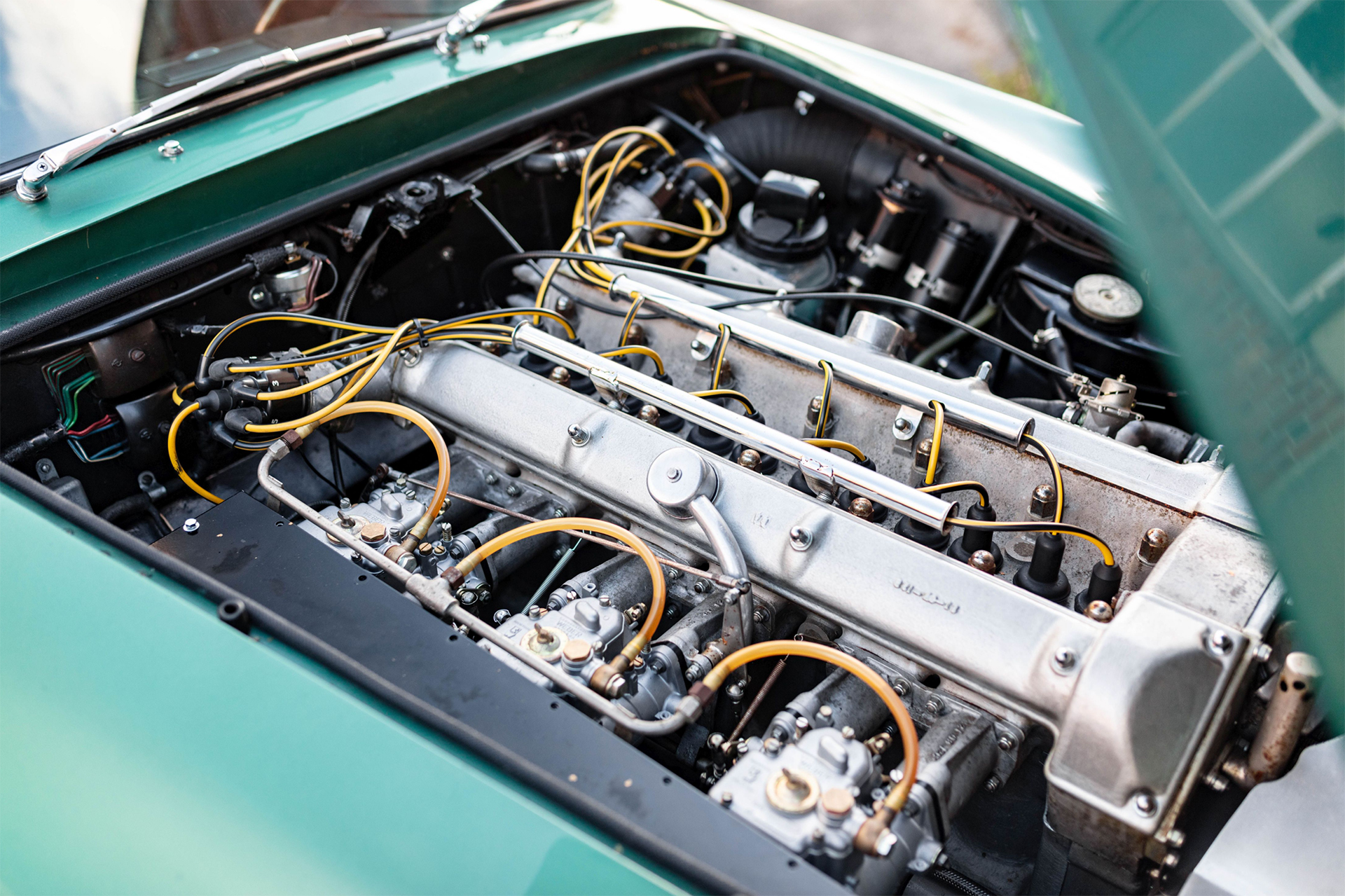 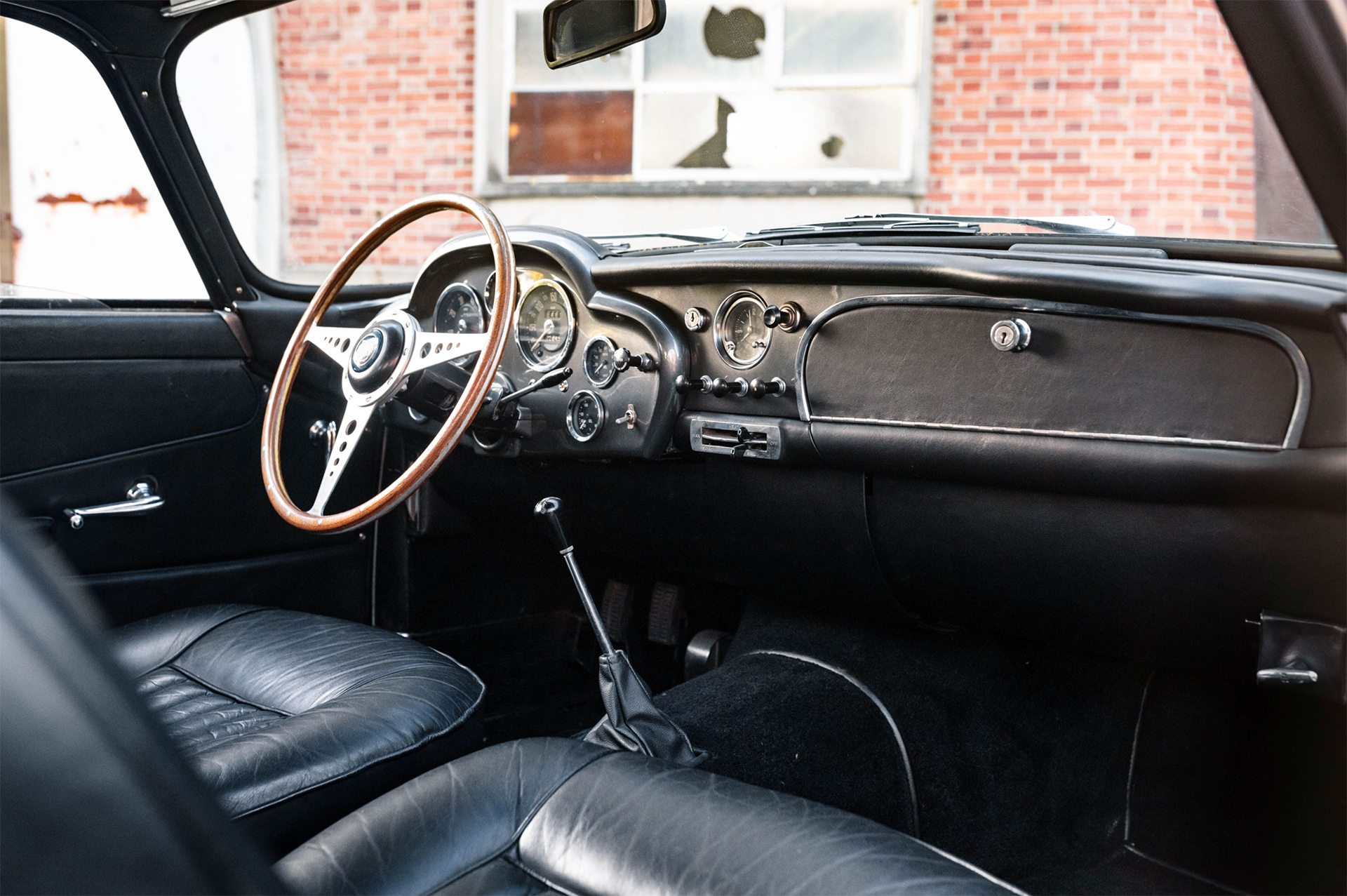 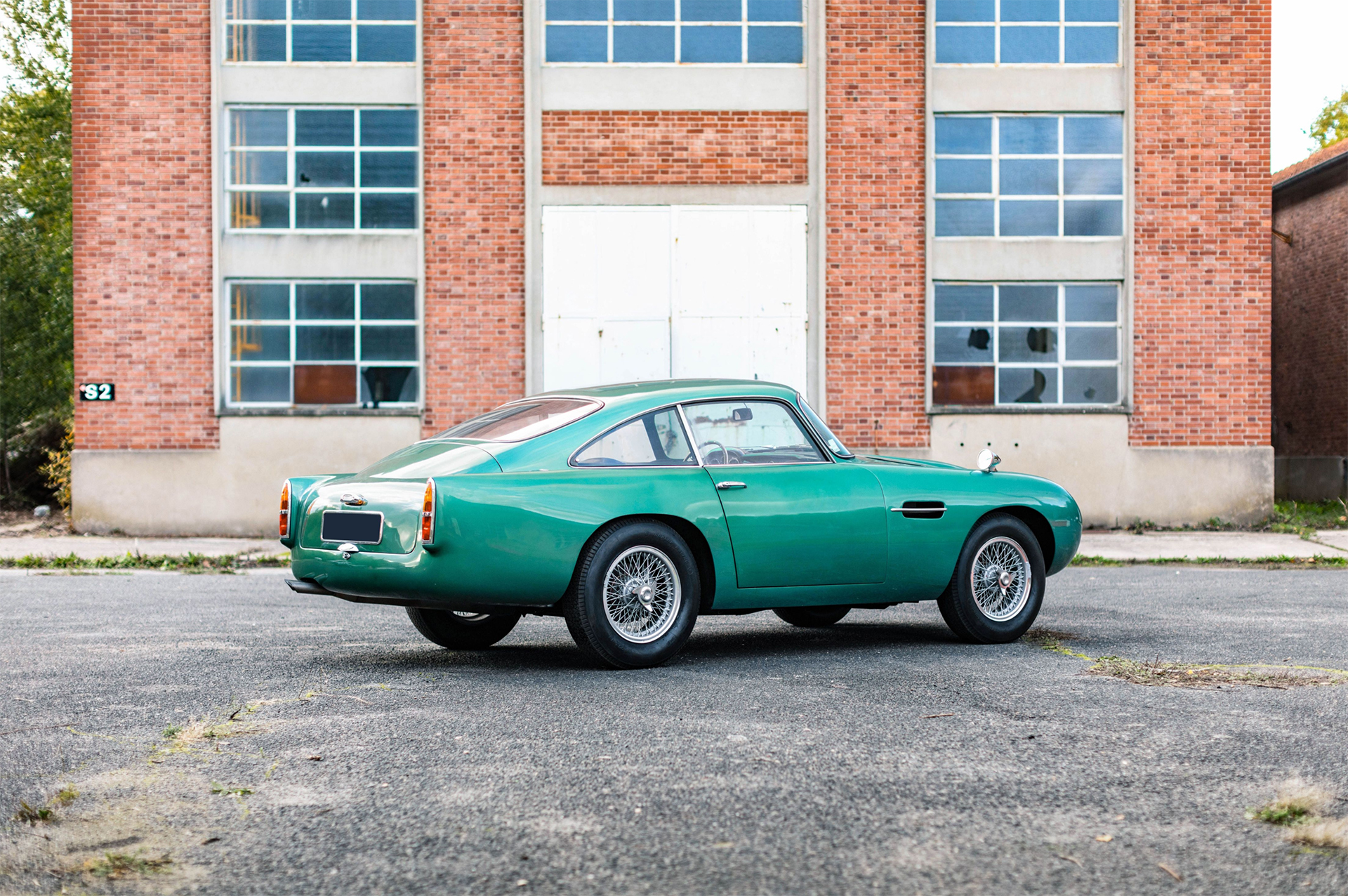