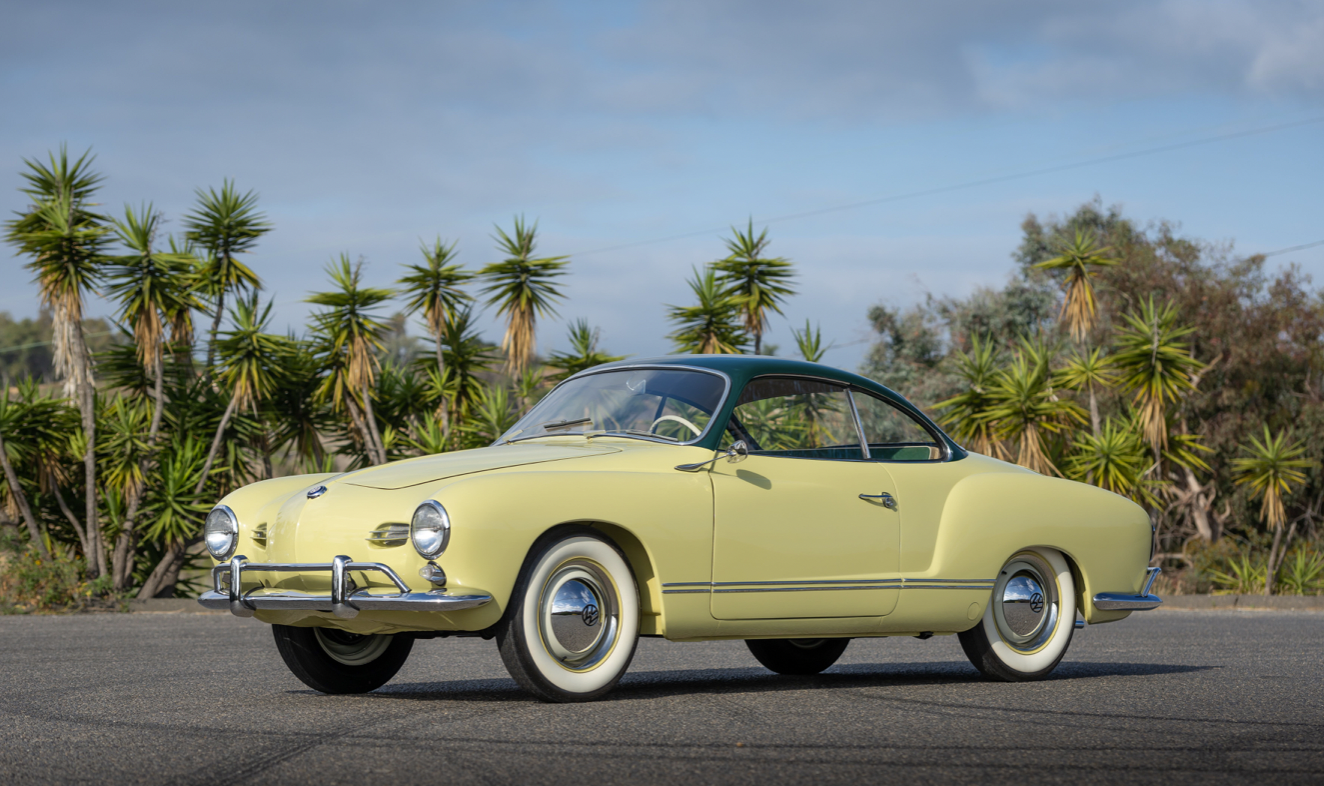 Evaluation: Desirable early low light model. Gorgeous fresh paint and chrome. Lightly scratched rear window frame and a deep track scratch on the left side window. Gorgeous interior and underbody. A beautiful car by any standards, even more so by Karmann Ghia standards. Then again, Karmann Ghias are getting rather expensive these days, enough that it makes some financial sense to give them this kind of Royal treatment.

Bottom line: It may look great and it may have achieved a record price, but this Ghia has some stories. It was listed on Bring a Trailer a year ago, but then withdrawn before the auction concluded thanks to numerous concerns from commenters and bidders. Namely, there were VIN/title inconsistencies and speculation that it was actually two Karmann Ghias mashed together during restoration. Then, it showed up at Barrett-Jackson Scottsdale this year and sold for $68,200. And here a few months later it breaks six figures in Monterey. The buyer got a very pretty early Karmann Ghia right in the middle of Broad Arrow’s estimate range, but if everybody had done some research it likely wouldn’t have come anywhere close to this price.