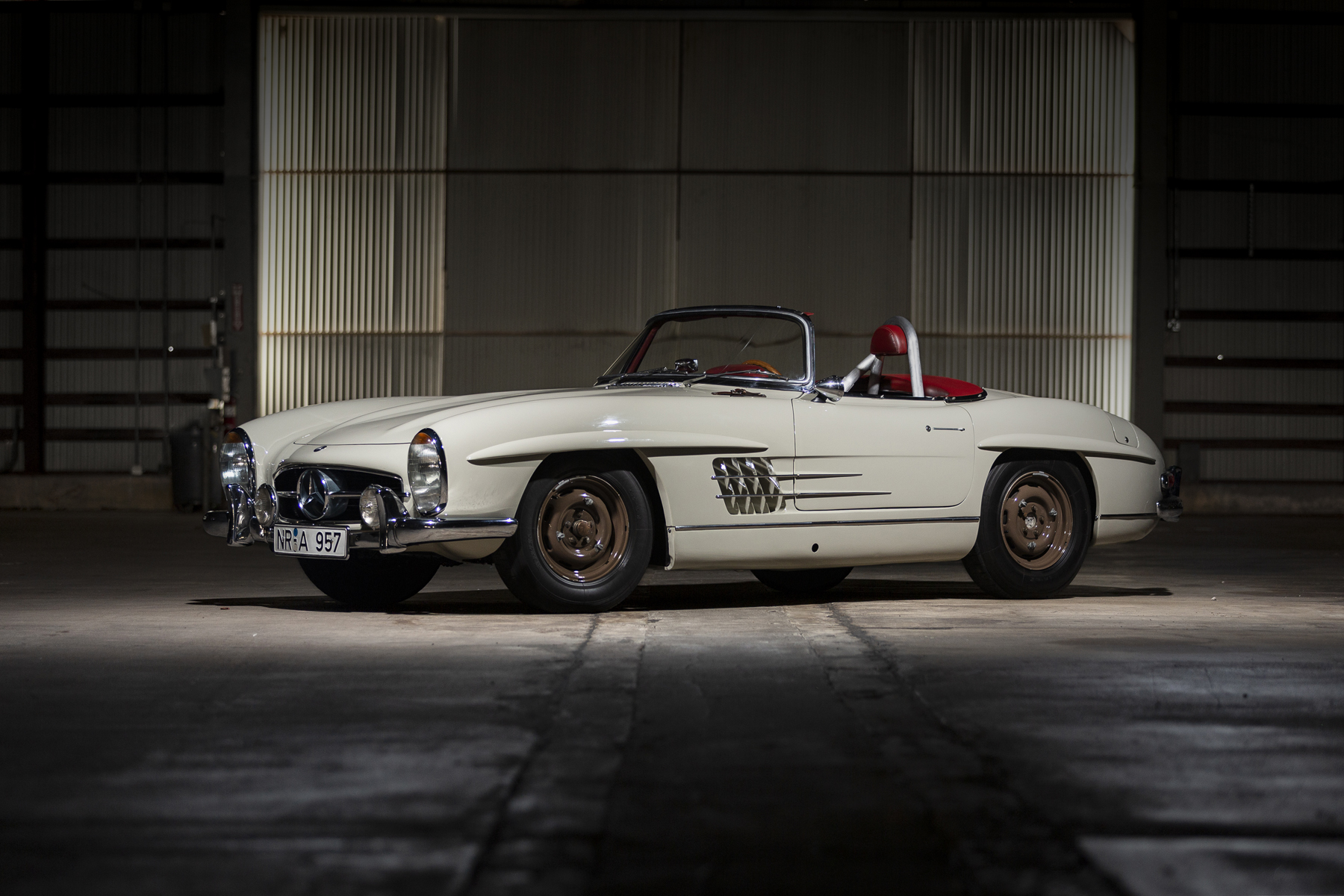 Evaluation: Visually maintained, largely original | Built for Princess Ashraf ol-Molouk Pahlavi of Iran (the Shah’s twin sister) with special-order paint in Perlgrau (pearl gray), although it currently wears an old Weissgrau (white gray) respray. Next owned by aviation pioneer Thomas Foster Hamilton, who kitted it out for rallies. Original chrome has significant pitting. Thick old repaint has orange peel. Wheels are chipped. Original interior. The leather is sound for the most part, other than a large tear on the driver’s side. Unrestored but tidy and maintained underneath. Engine bay is likewise clean, complete, correct, and original. The originality and neat history offsets the ratty paint job.

Bottom Line: As we’ve noted in a previous issue, SLs can be worth vastly different sums of money based on seemingly insignificant details. Of the three 300SL Roadsters in Amelia this year, this was the most original and the most interesting, but its rally bits may not be to everyone’s taste. All three cars brought relatively modest prices, with RM’s bringing $758,500 and Bonhams’ selling for $1,028,000. This one fell in the middle, but given the cool history, the originality, and the extra goodies, it was the best buy.