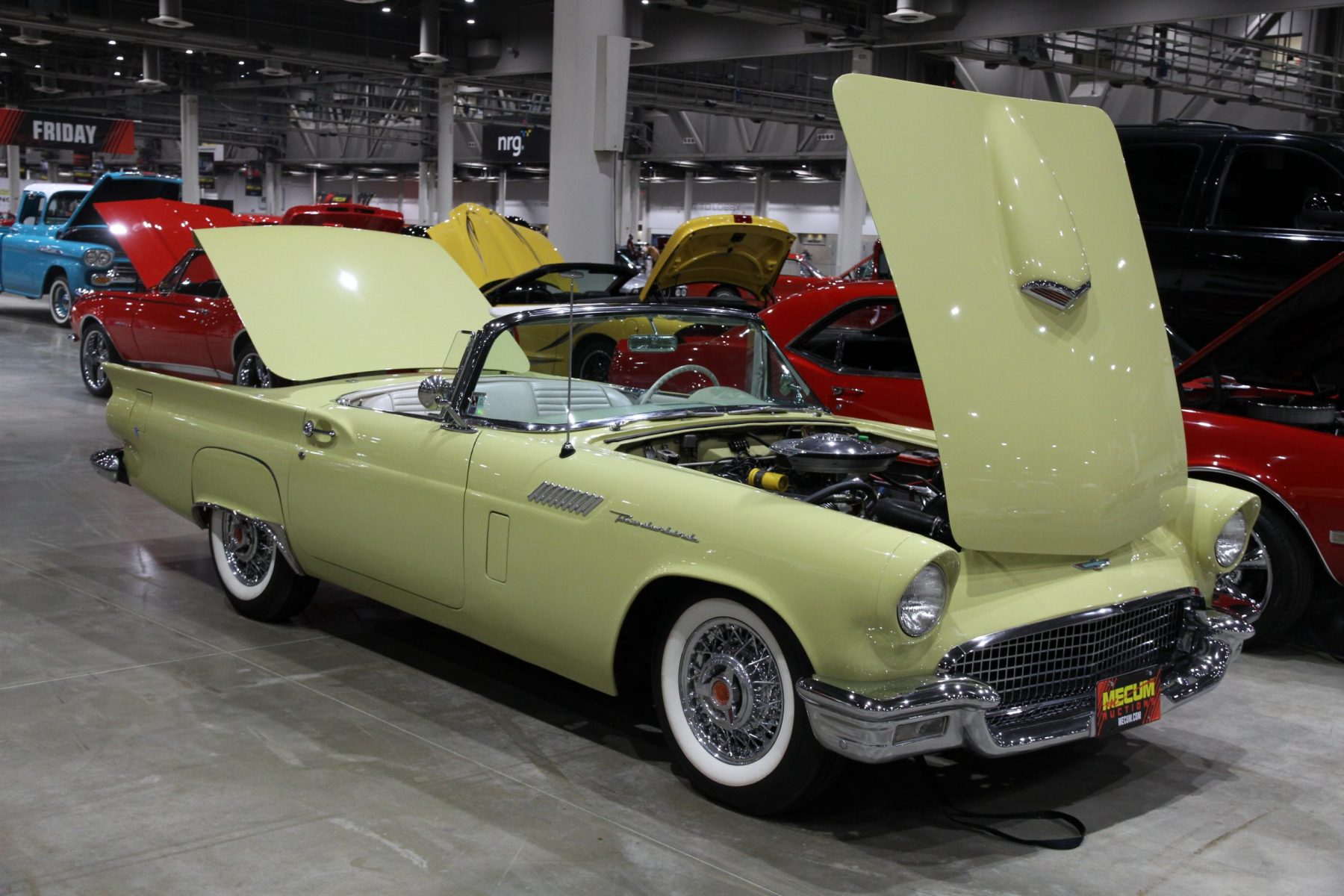 Evaluation: Clean, older restored engine bay. Light pitting on the hood scoop and Thunderbird badge. Dull chrome. Very good older paint. Significant wrinkling to the leather on the driver’s side and light wear to the steering wheel. Monogram on top of the driver’s door that reads either “Nick” or “Dick”—it’s too faded to be sure. An eye-catching T-bird in slightly better than driver condition.

Bottom Line: Nick’s or Dick’s Thunderbird is a frequent visitor at Mecum auctions, but this is the first time it hasn’t gone to a new home after crossing the block. It sold for $46,200 at Mecum Kissimmee in 2018, for $40,700 at Mecum Indy four months after that, for $49,500 at Mecum Denver a month later, and for $49,500 at Mecum Houston last April. Its condition and its sale history are proof enough that it deserves a price on the other side of 40 grand, so holding out at the number here in Houston was understandable. 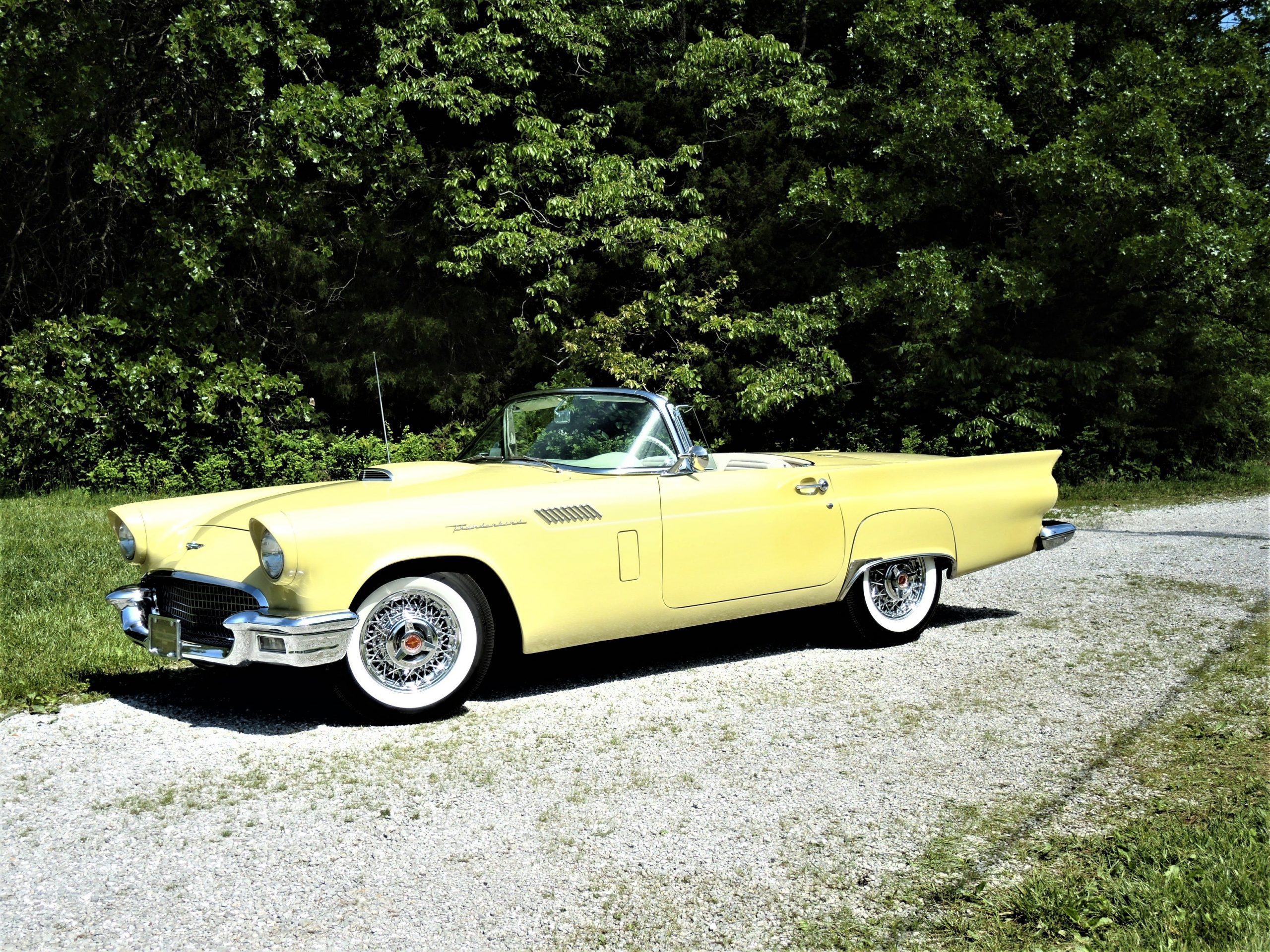