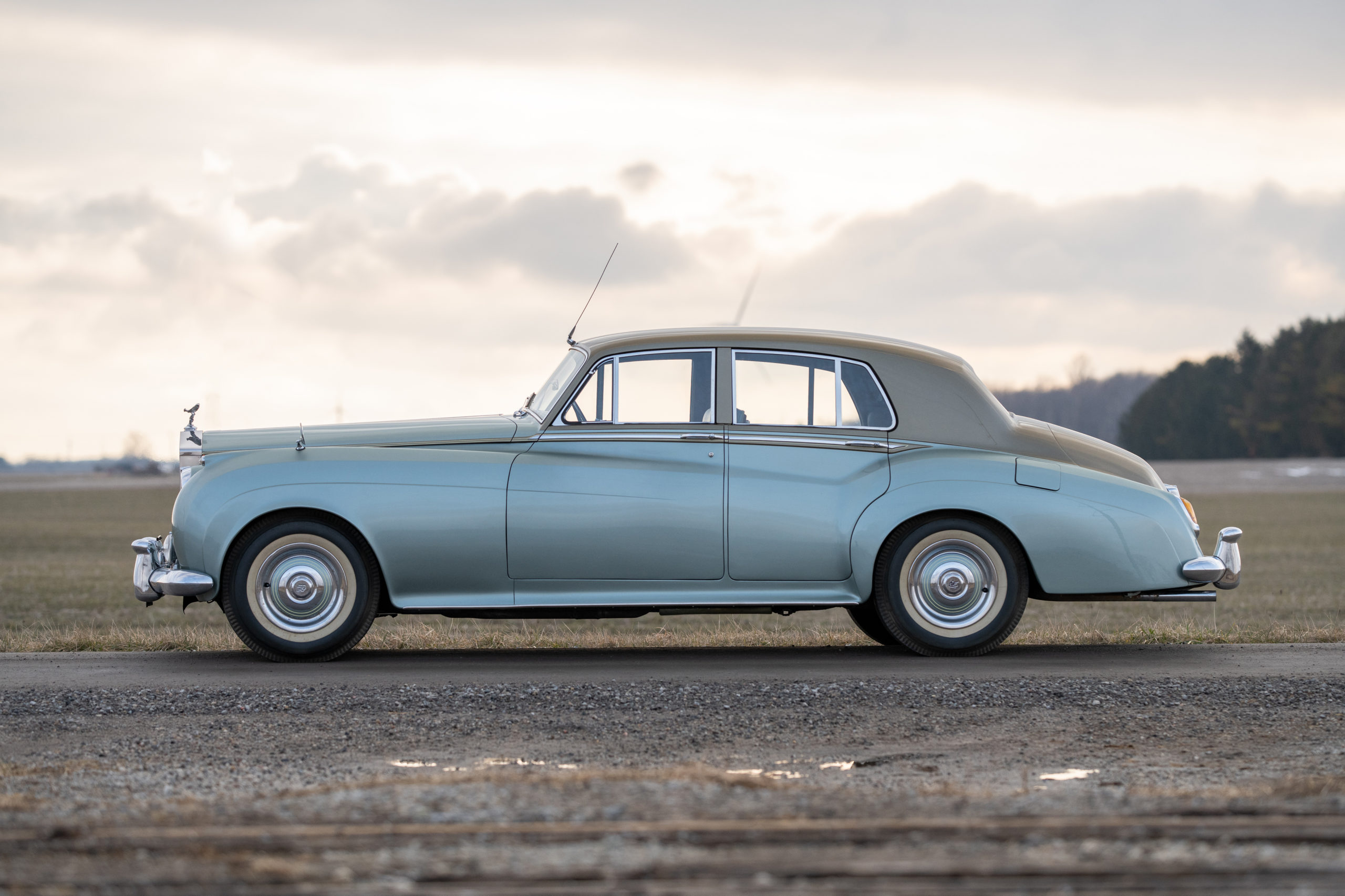 Evaluation: Visually maintained, largely original | Represented as a two-owner car, first ordered by an admiral in the Royal Navy. Unusual but attractive colors. Lightly scratched bumpers. Shiny paint has a fair bit of orange peel. Erratic panel gaps with some chips around the edges of the doors. Wood and leather looks all original—and tired. Partially restored underneath. The tires look newer. Very clean and tidy engine bay. Attractive and straight, but never fully redone.