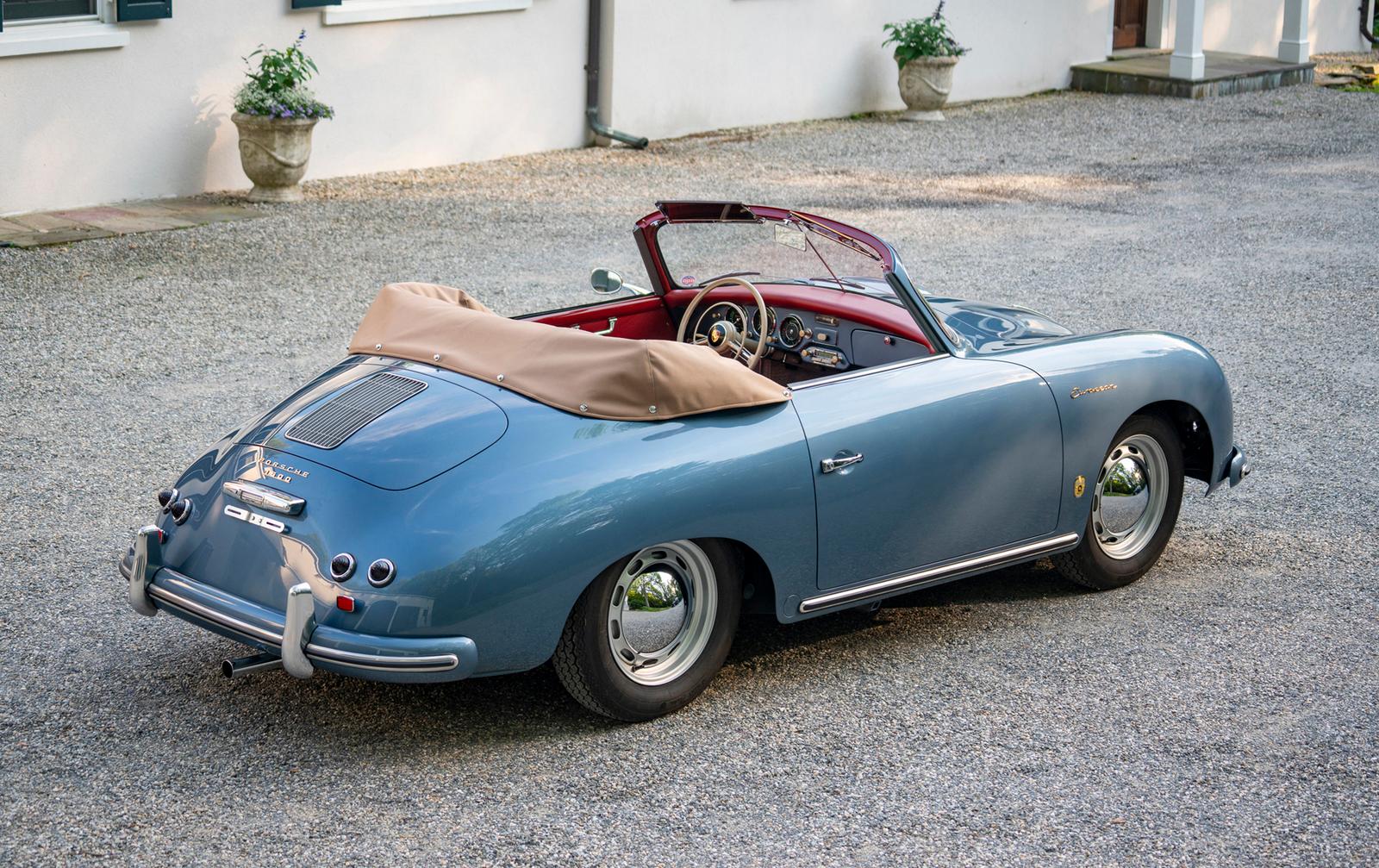 Evaluation: Rare “European” model, built only for a brief period in early 1956 for, ironically, the American market. This one sold new in California and spent most of its life there, then was restored in the mid-2010s. It is represented as a four-owner car and is still gorgeous and showable. An unfortunate chip on the passenger’s door and a non-original (but correct and rebuilt) transaxle are the only flaws to speak of.

Bottom Line: If the 356 “Continental” is an obscure bit of Porsche history, then the 356 “European” is real anorak stuff. In 1955, Porsche slapped a Continental badge on a batch of 356 coupes and convertibles, with “Continental” implying the sophistication of a car from Europe and, by extension, the person who buys one. Ford, however, had other ideas and proved quite protective of the word Continental. Lawyers got involved, and Porsche backed down from the behemoth from Dearborn, leaving the Continental as a one-year only model. Problem was that there were cars left to be sold that had pre-drilled fenders, so Porsche affixed “European” badges instead.

According to Gooding there are only seven 356 European Cabriolets listed in an online registry for the model. Porsche people love the little details that set their car apart from other P-cars, and have proven time and again their willingness to pay up for those details. Here is yet another one, as those little badges amount to a six-figure premium. 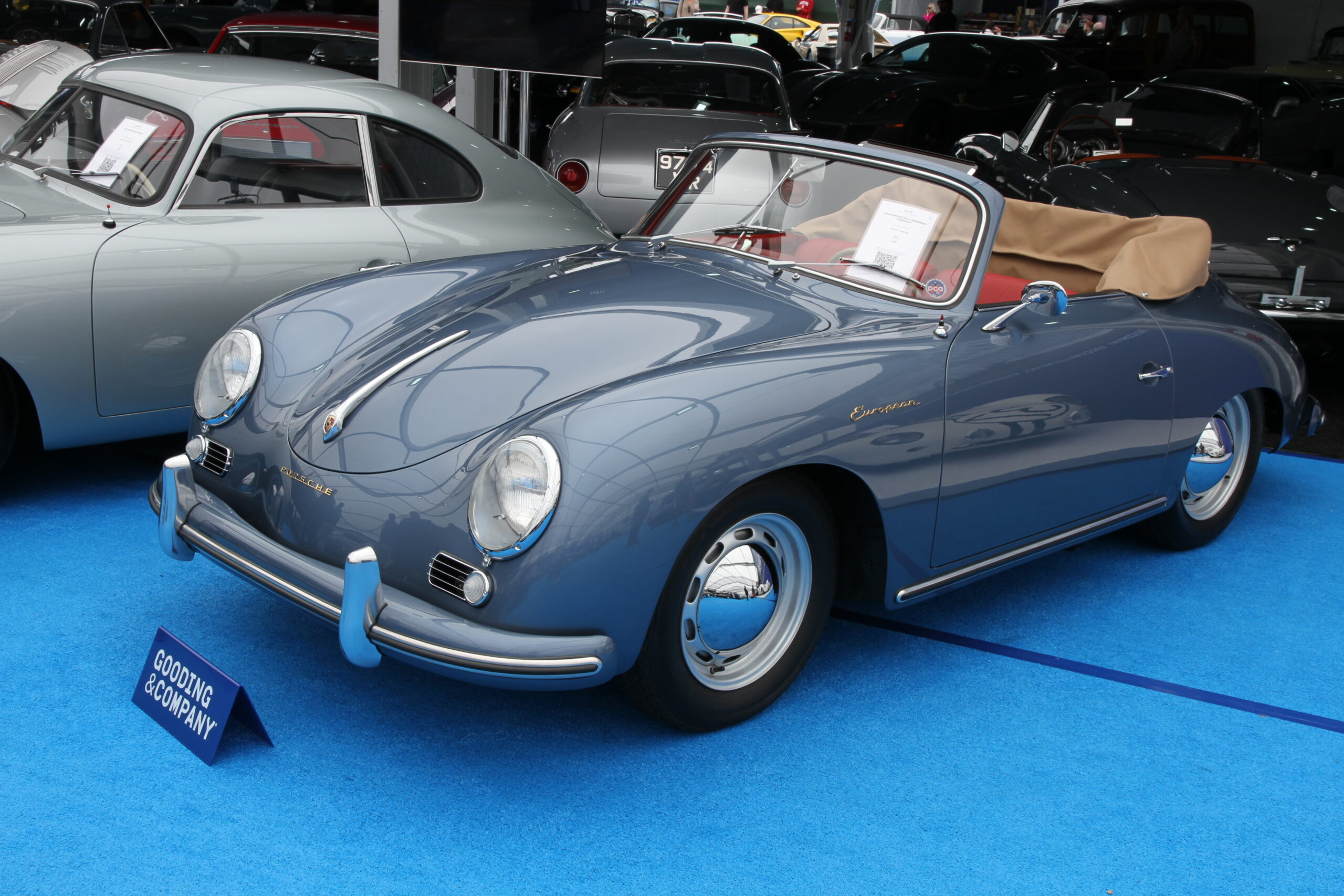