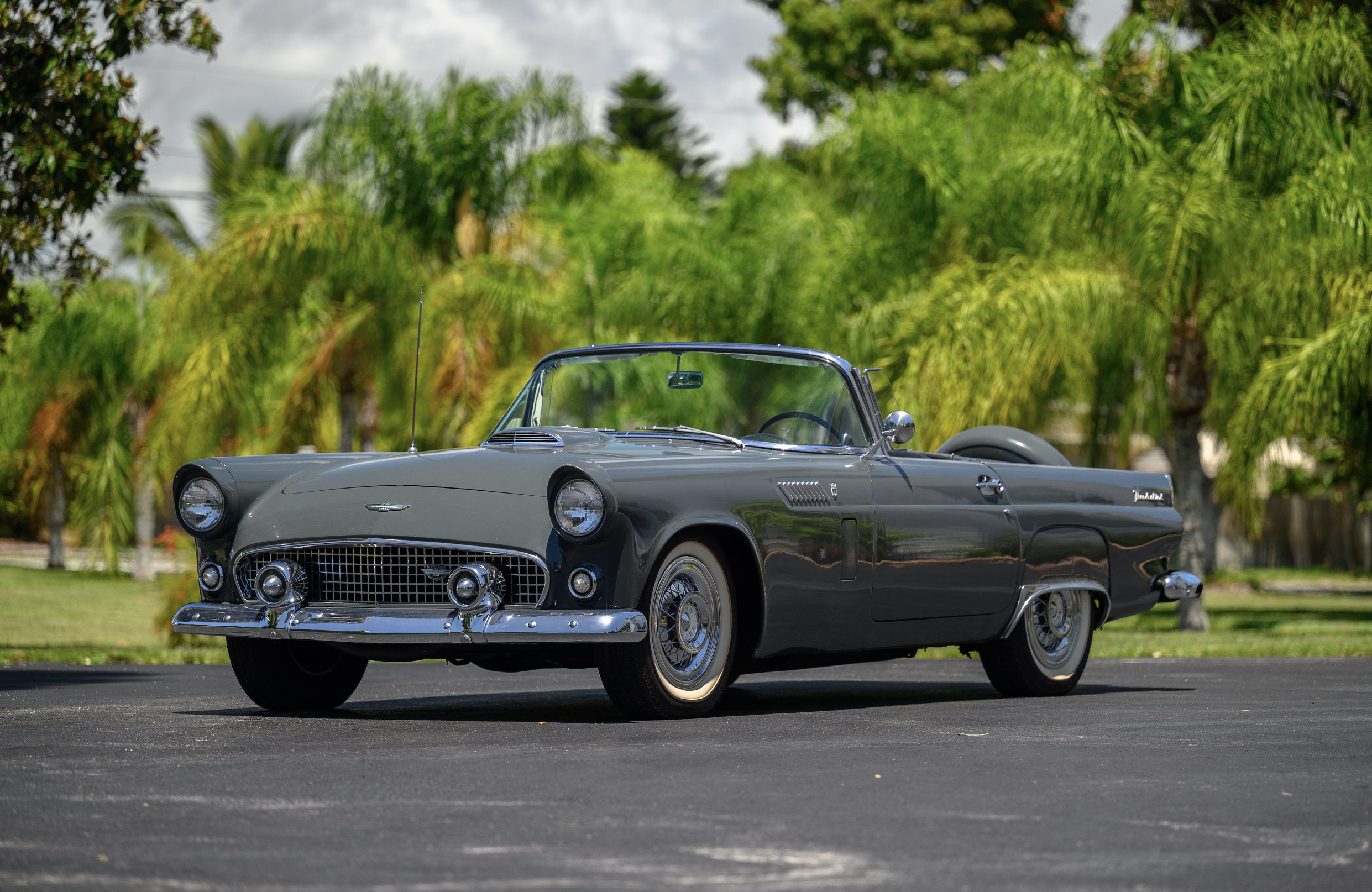 Evaluation: Bought new by Humphrey Bogart. Mostly original with faded paint that has a small dent and long scratch on the left front fender, and the headlight bezels don’t fit straight. The chrome and brightwork are decent, but the weather stripping is all cracked. The hardtop shows serious orange peel in the paint. Good, lightly worn interior with some pitting on the steering wheel. This car doesn’t have the most glamorous story, but it’s a mostly unrestored classic with connections to one of Hollywood’s biggest stars.

Bottom Line: Of the numerous celebrity-owned cars on offer in Monterey this year, Humphrey Bogart’s T-Bird is the most tragic. Pained by illness, the Casablanca star traded in his beloved XK120 (which had a 4-speed that was too hard to shift) for a new Ford-O-Matic-shifted T-Bird, and had the Ford painted to match the departed Jag’s Slate Grey. Bogart passed away just a year later, and widow Lauren Bacall sold it to an employee of 20th Century Studios, who enjoyed it far more and for far longer than poor Bogie did. Sad story or not, celebrity ownership and impressive preservation were not lost on any of the Bonhams bidders. Even a better-than-perfect-condition ’56 Thunderbird isn’t worth anywhere near this much money.

>
In a week of American muscle, this 111-year old motorcar is Simplex the best
A story about
BonhamsfordMonterey Car WeekMuscle Carmuscle cars