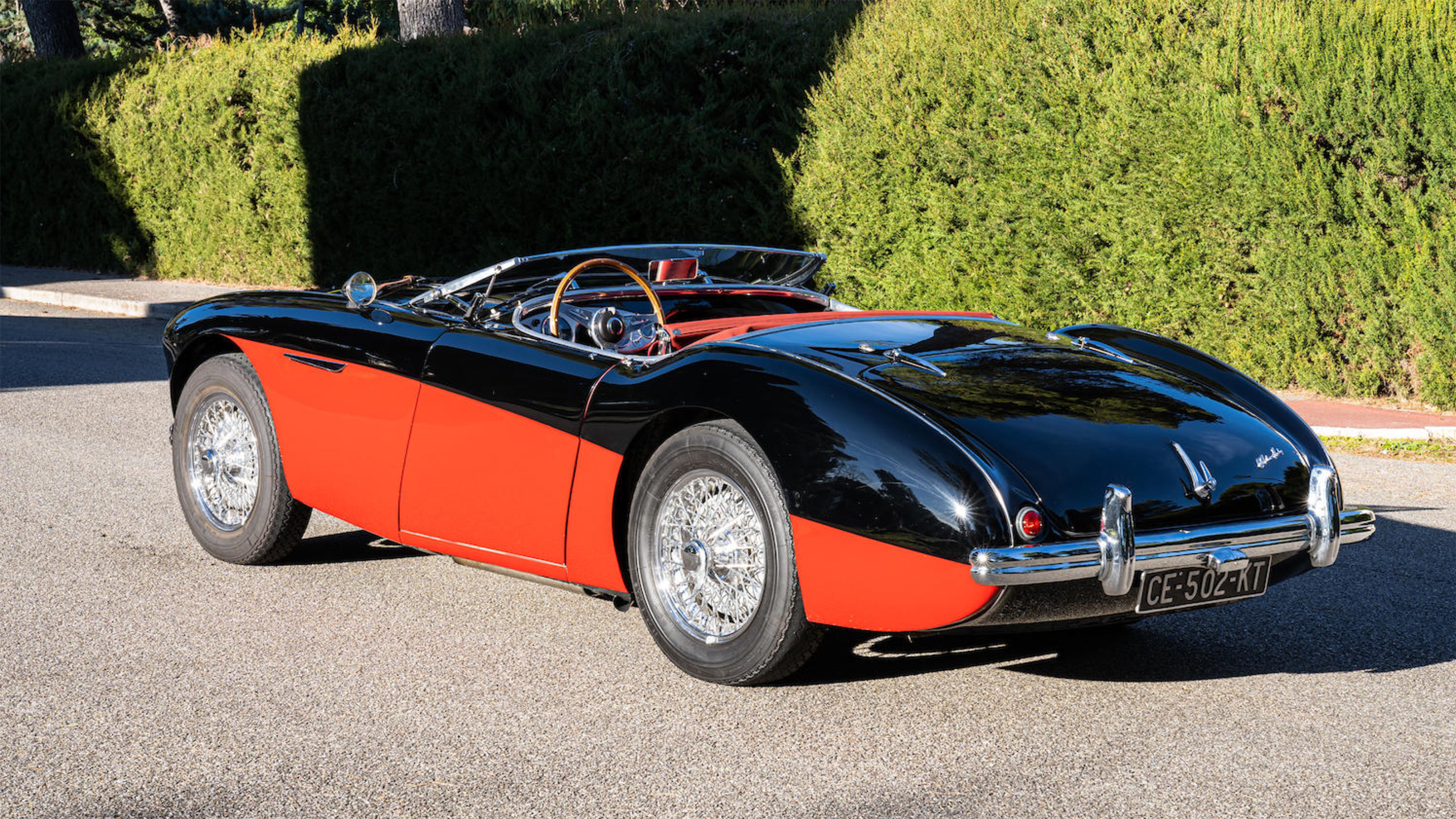 Evaluation: Sold new in Germany. Later went to the U.S. but was back in Europe by the 1990s. Restoration work finished in 2000, then the car received an engine overhaul in 2005 and a repaint along with 100M performance bits (although there is no 100 M cold air box visible) in 2010. Aged dash, gauges, and switchgear. Good lightly aged upholstery, but there is a large smudge in the carpet over the transmission tunnel. Tired chrome and brightwork. Tidy engine bay with a little dirt. An attractive driver.

Bottom Line: In dollar terms this is a big price for a driver-quality BN2, but good Healeys aren’t as easy to find in Europe as they are in the U.S. (Healey’s most important market), and this one’s added 100 M enhancements make it a more enticing prospect to drive. It sold within Bonhams’ presale estimate range and this is a reasonable result. 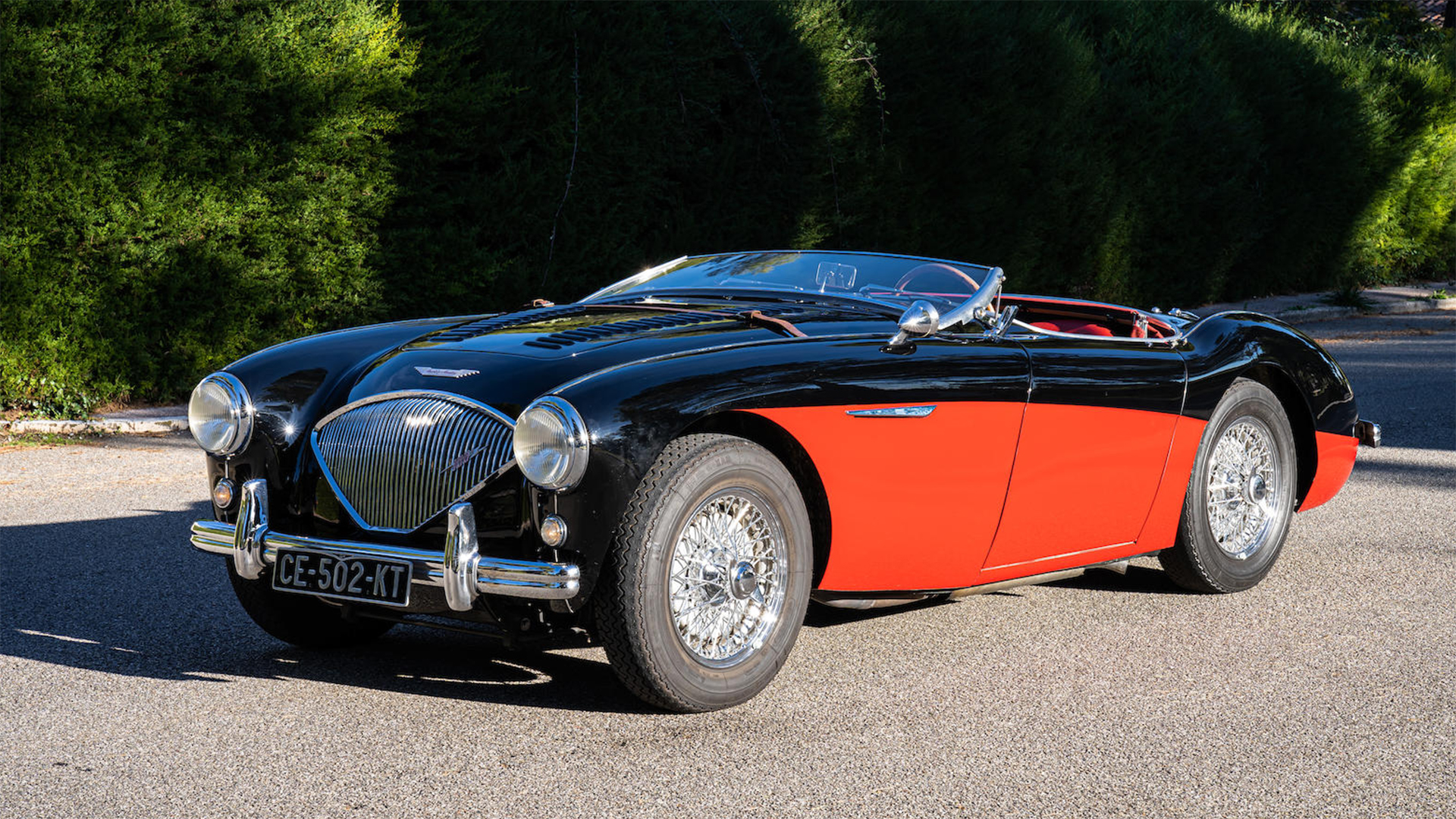 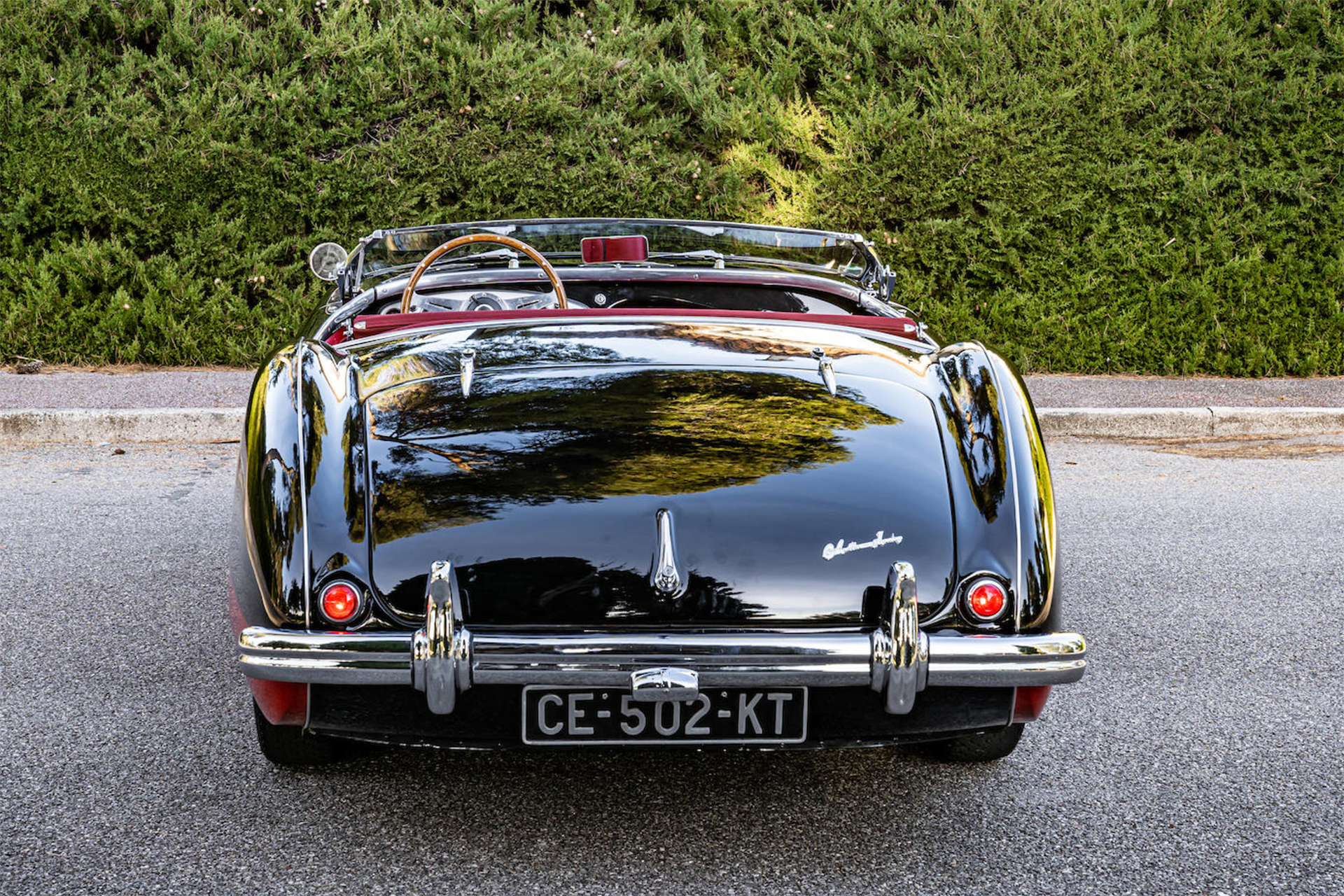 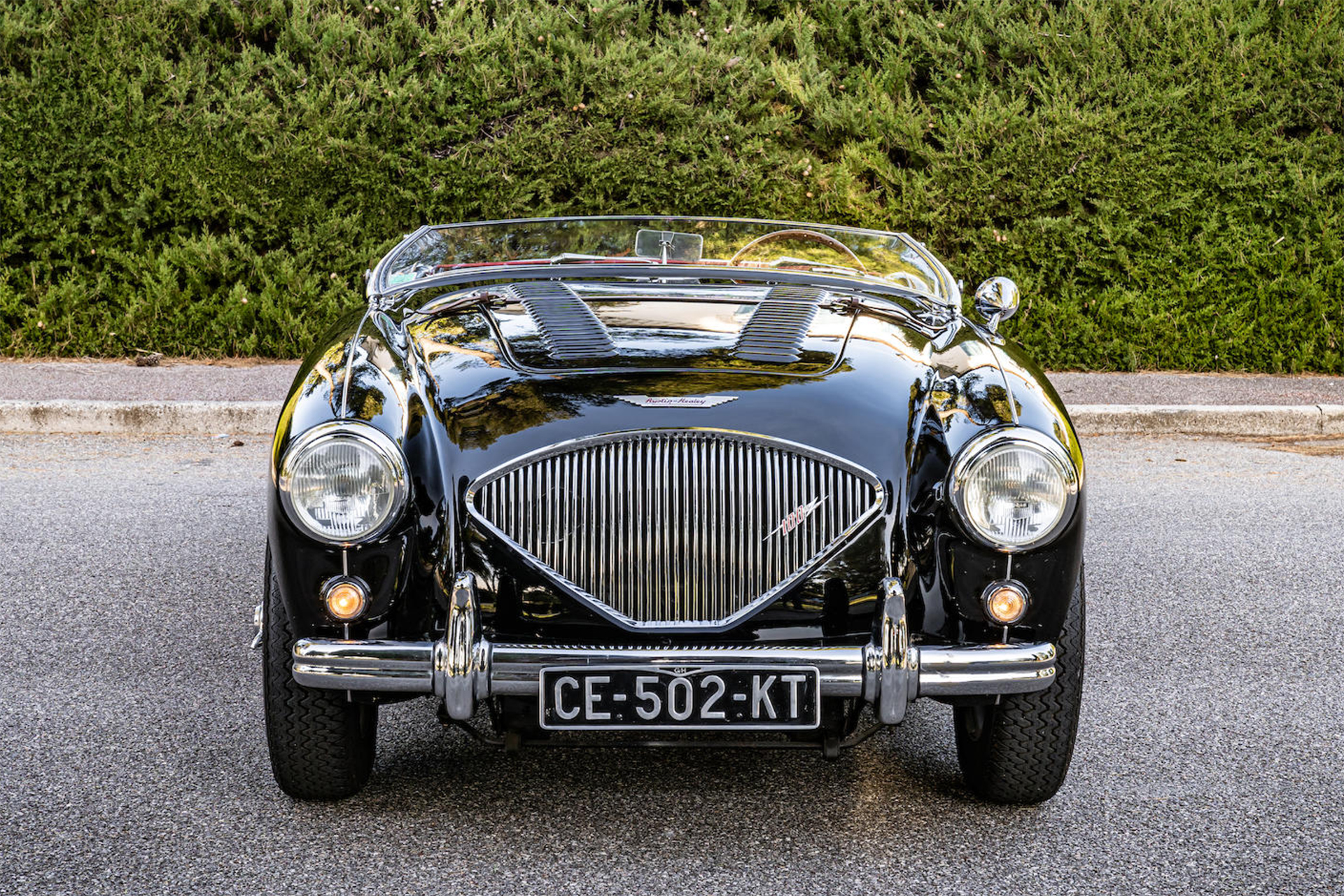 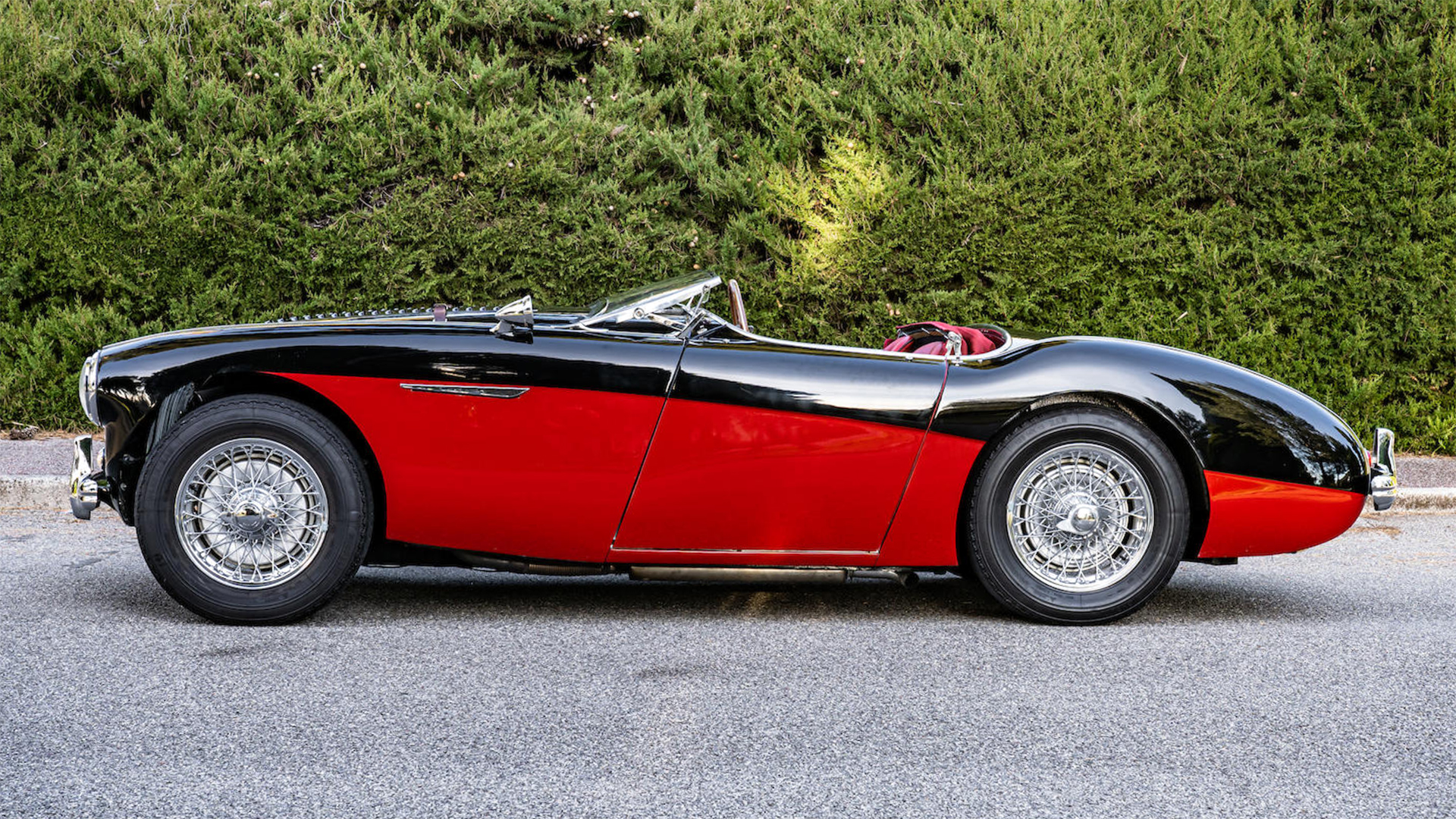 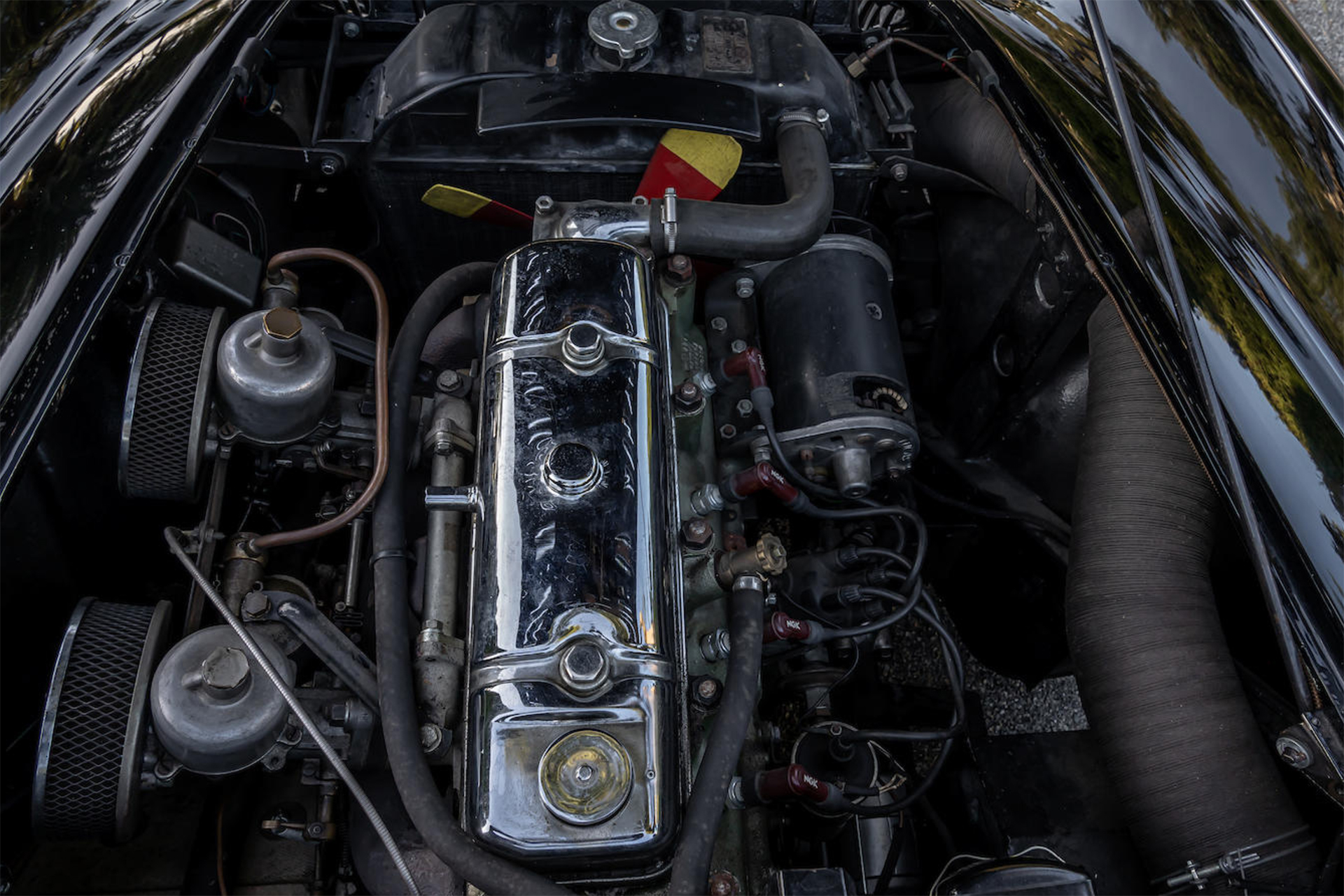 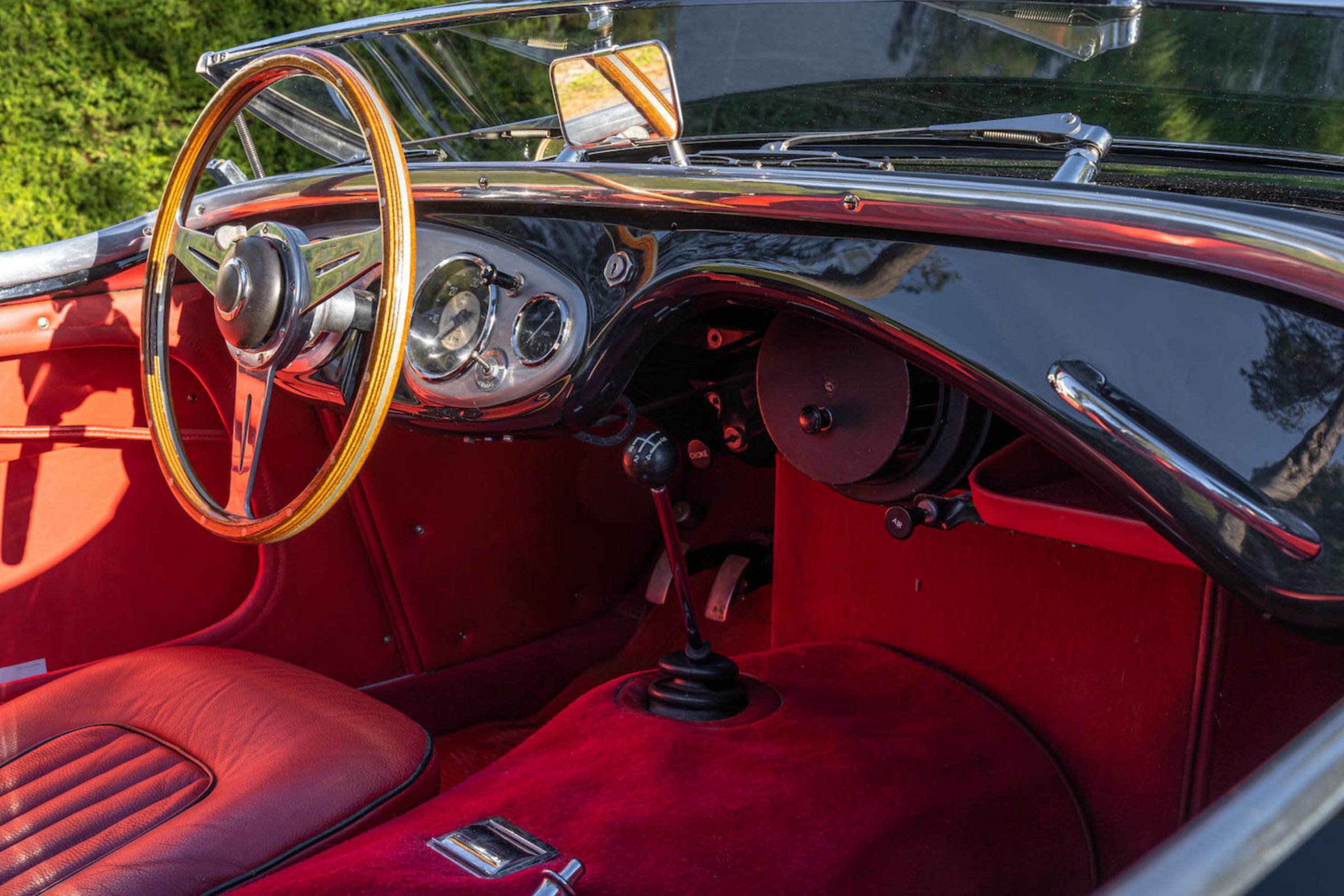 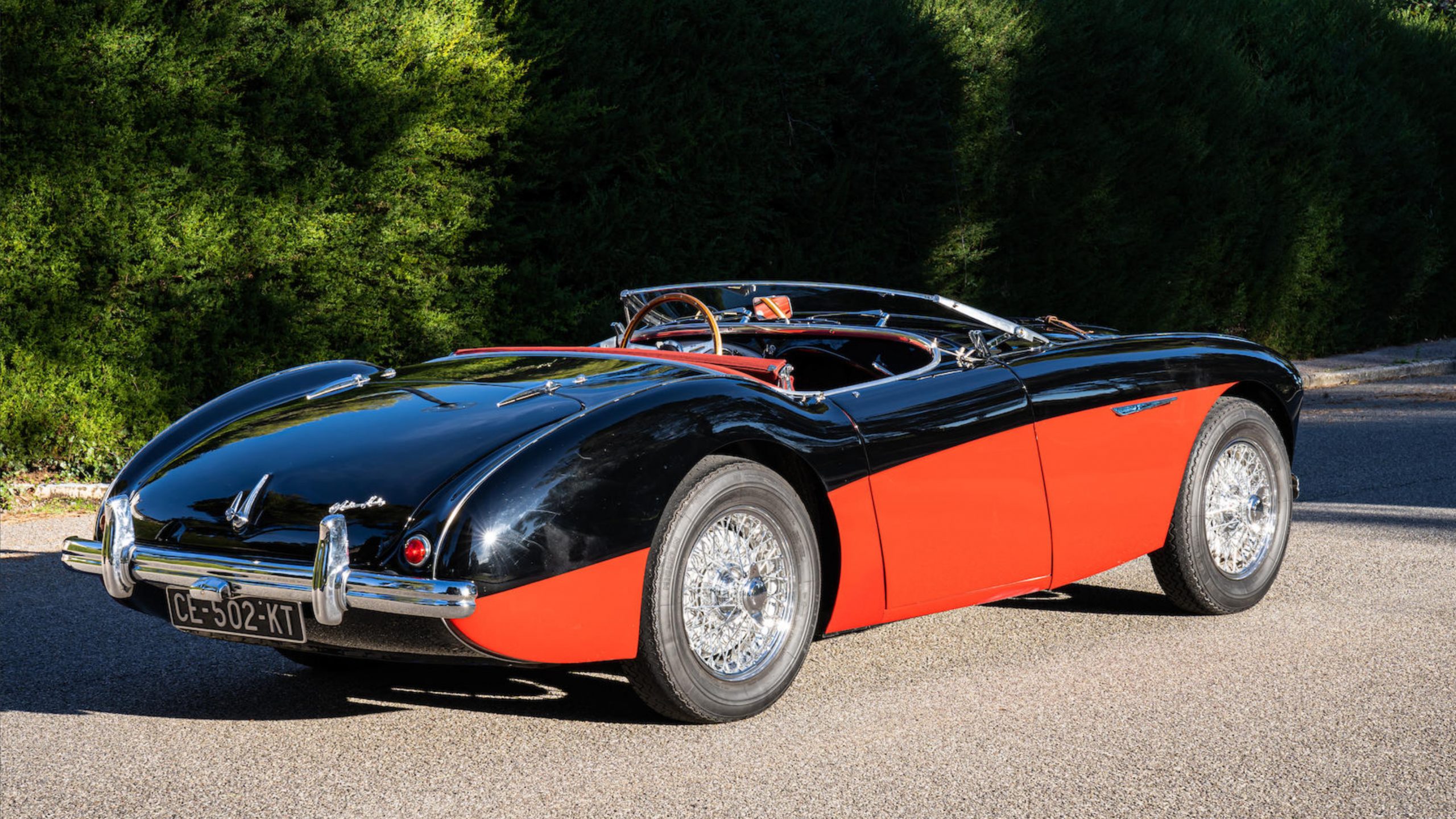