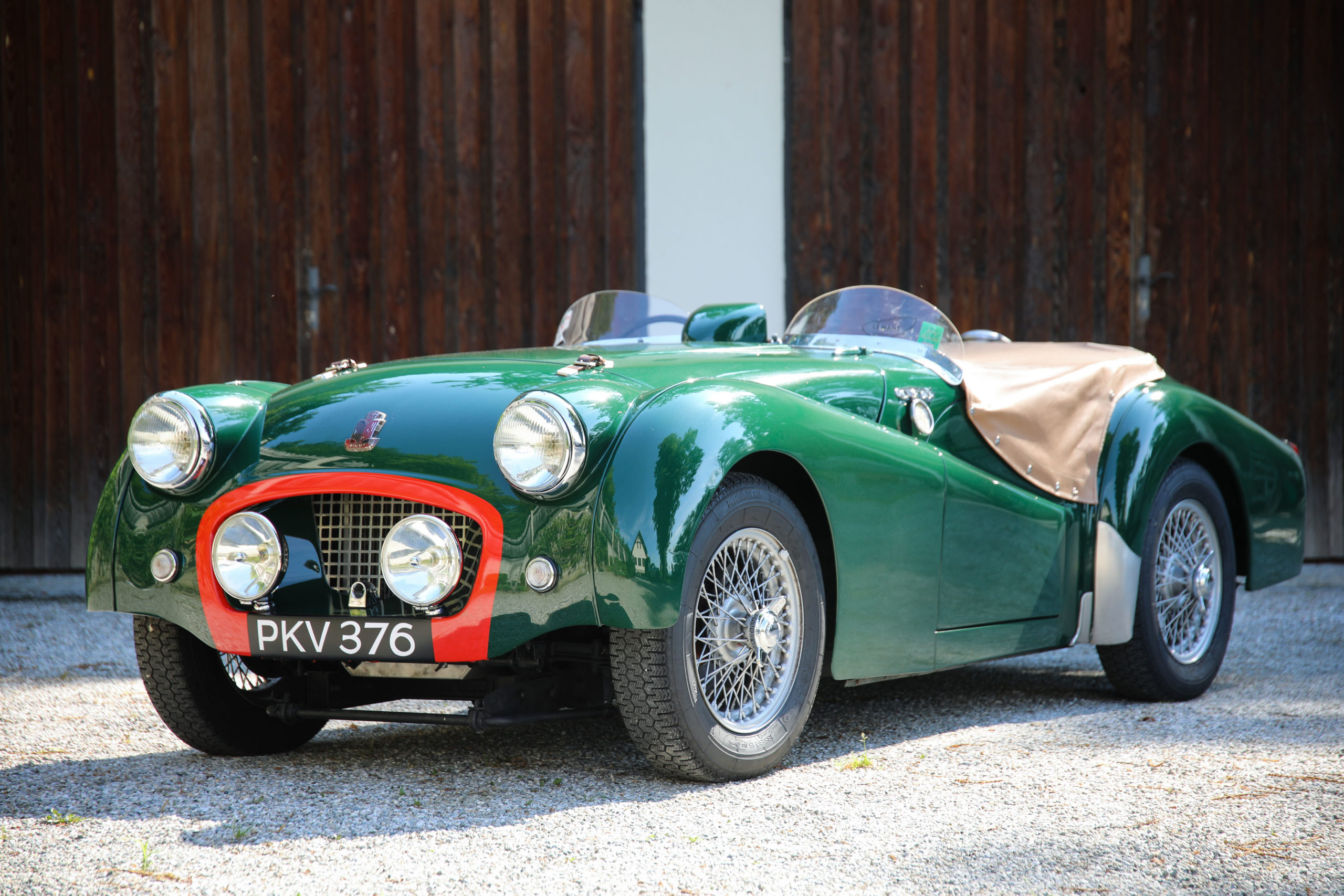 Evaluation: Older restoration | One of three works TR2s brought to Le Mans in 1955. Driven by Ninian Sanderson and Bob Dickson, it was the best placed of the three in 14th overall (fifth in class), ahead of its teammates in 15th and 19th places. Restored within the past 15 years with a replacement frame (the original frame is included). Sorted recently, as the consignor had planned to bring it to Le Mans this year. Small scratch on the front left bumper and another on the left rear bumper. Small cracks on the hood and passenger’s-side door. Small dent on the left side of the hood. Small scratch in the front middle of the hardtop. Good interior. Tidy engine bay and underbody. A historic racer—and a dream car for Triumph fans—but the use of a replacement frame obviously isn’t ideal. Located in Austria.

Bottom Line: Something of a bargain compared to the car’s 19th-place teammate, which sold at auction in the United Kingdom last November for a record £258,750 (about $331,000 at the time).