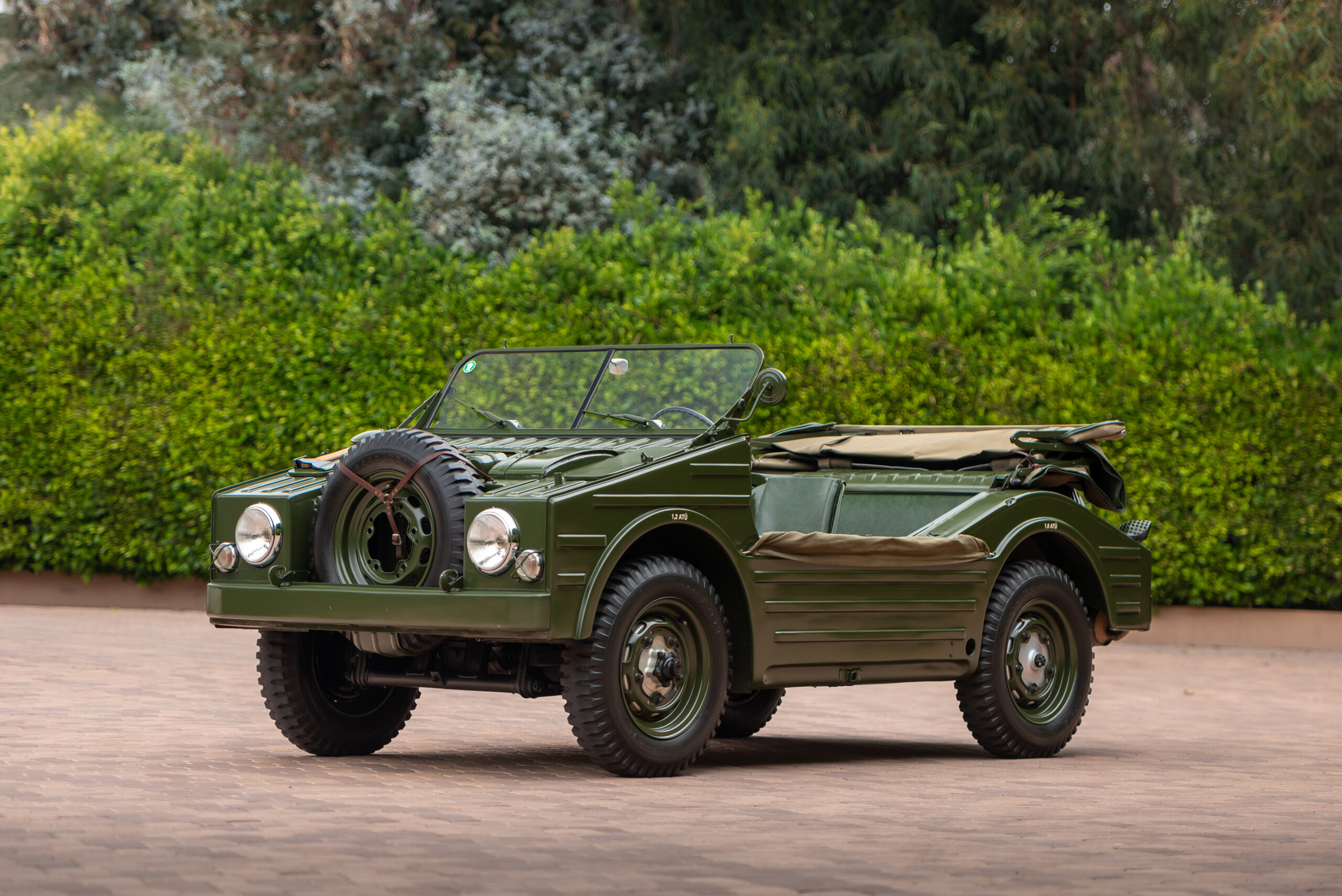 Evaluation: One of 71 built and reportedly retained by the factory retained by the factory in period for demonstrations for the German armed forces and other foreign militaries. Restored to essentially truck quality standards. It’s fresh, but there are flaws in the paint, top and brightwork, and the bodywork isn’t exactly laser straight. An obscure but super rare and interesting piece of early Porsche history. Looks the part of an army runabout with short overhangs and a sparse utilitarian interior, but there are plenty of 356 bits underneath, including the detuned engine and transmission.

Bottom Line: The Type 597 Jagdwagen (“hunting car”) is a rare product of Porsche’s brief (postwar) flirtation with military vehicles. The company built it for the German army in a bid for light duty vehicles, but rival DKW ultimately won out with its cheaper, simpler Munga. Then, Porsche sold a few dozen to the public and moved on. The Jagdwagen is a somewhat obscure piece of Porsche history but an interesting one. And apparently a valuable one. The last one to come to auction sold out of Jerry Seinfeld’s collection in 2016 for $330,000. This one was much more ambitiously estimated, and sold right up there with all but the most valuable 356s. 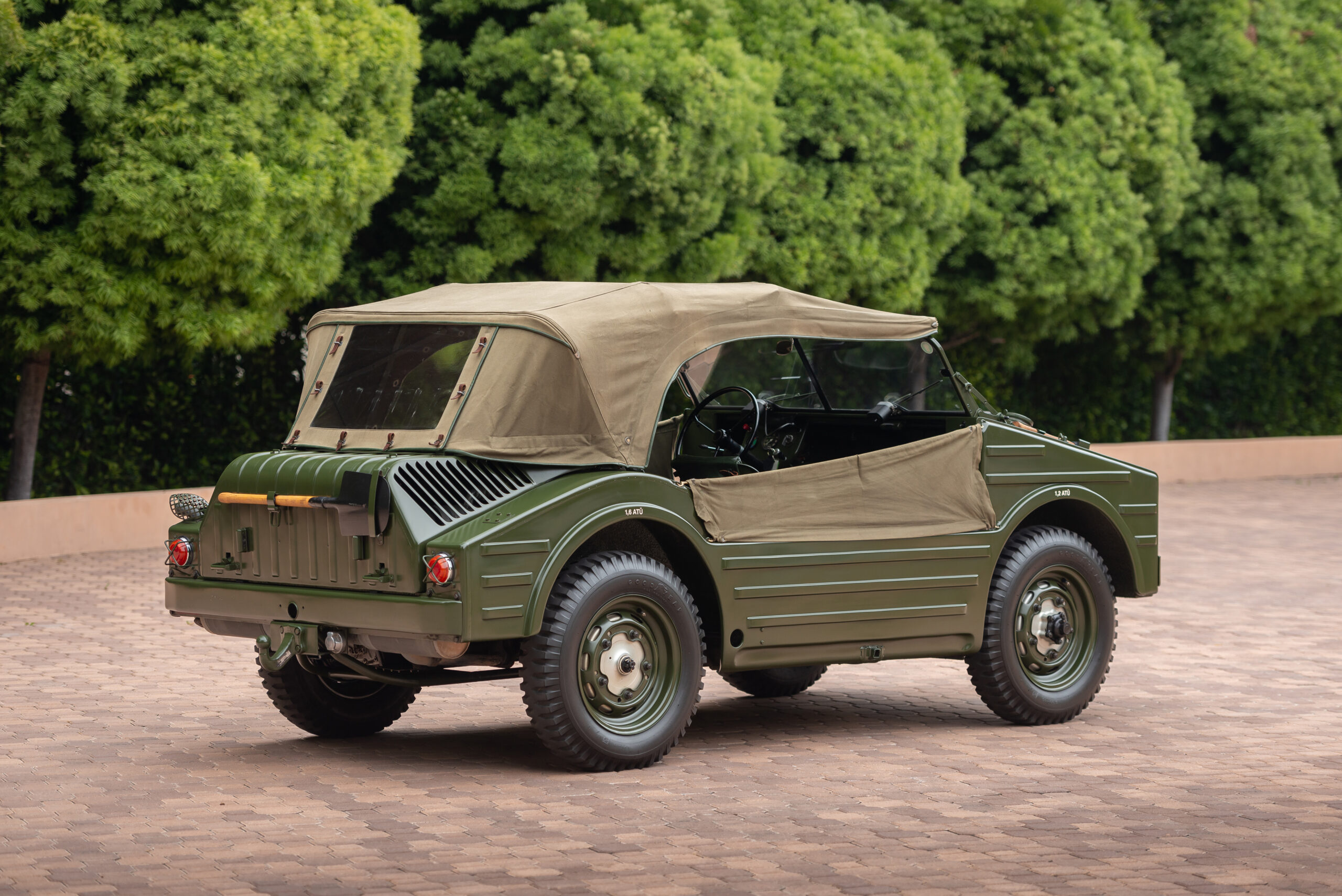 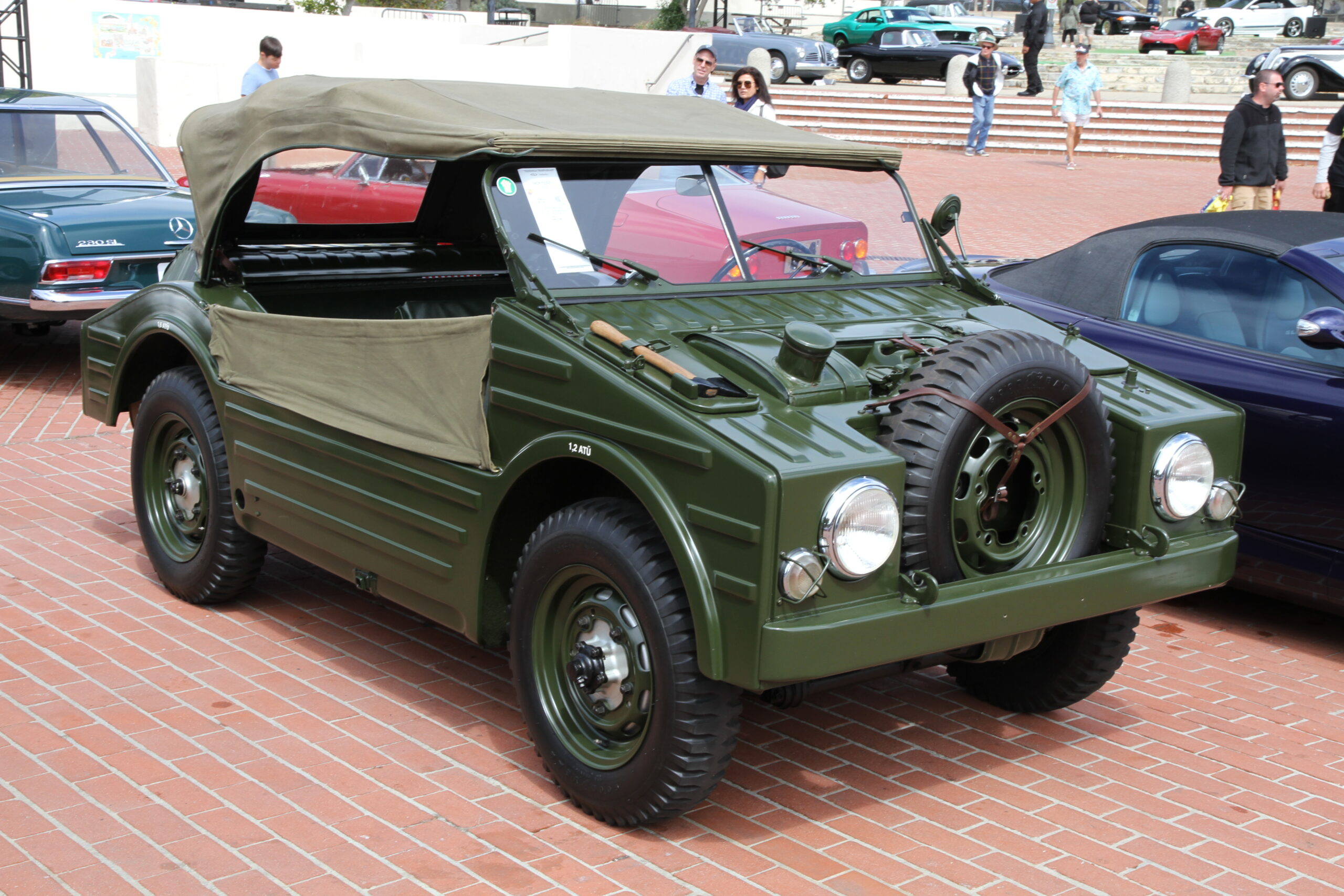 A story about
Monterey Car WeekPorsche