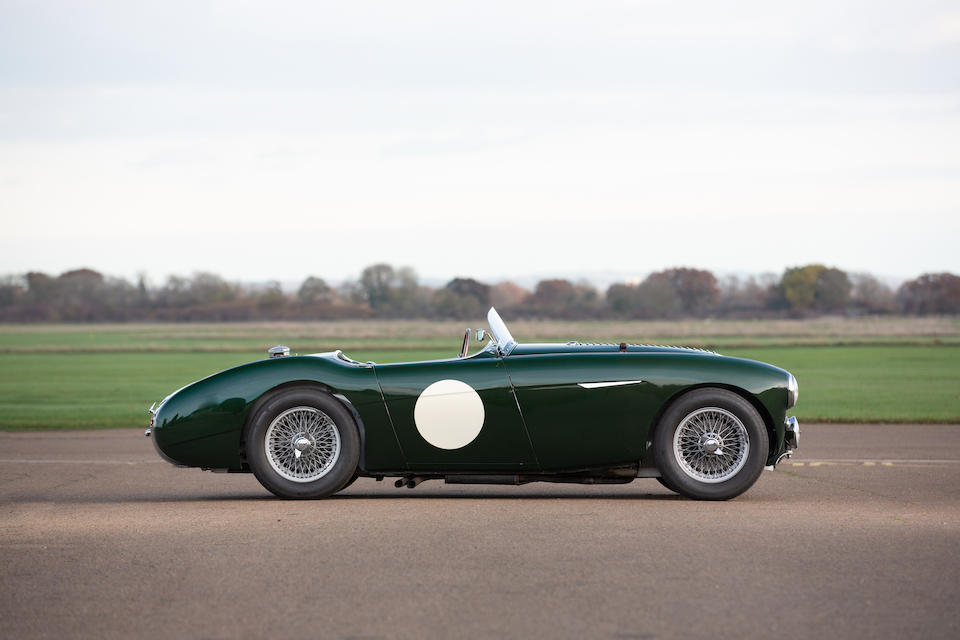 Evaluation: This ex-David Shale, Tony Lafranchi, and Arthur Carter Austin-Healey 100S is one of four UK-supplied examples with in-period competition history. Part of the Arthur Carter Collection for 42 years and comes with documented history, though it’s remained in present ownership since 2014. Just 55 100Ss were built, with most exported to the USA, of which only about 38 survive, according to Bonhams. Eligible for every major classic event, this Healey is maintained by JME Healeys, with £16,000 spent over the last seven years.

Older paint still has a high-end finish plus a few stone chips from good use, and the panel gaps look right, too. Only the bonnet top surface is uneven, but this is how it was when new. The wheels are dusty, but the minimal brightwork is top quality, especially the front grille. The lighting units look right, just gently aged. The general look of the interior with its smart dash and great leather is pleasing for a genuine racer. The engine bay, chassis, and wheels all look well-prepped and impressive. The Le Mans fuel filler is the only item on the car that looks untouched and utterly original. A knowledgeable race driver buyer will appreciate not only the good restoration, but also the built-in history.

Bottom Line: The 100S is a Healey Holy Grail with competition specs, impressive race history (including class wins at Sebring and the Mille Miglia) and limited production making it by far Austin-Healey’s most valuable production model. It makes even the rather pricey 100M look cheap by comparison. We only see one come to market every year or two, and a few brought over $1M. This car previously brought £673,500 ($1.15M) at Goodwood in 2014, but the stark difference in dollar figures is more down to exchange rates (GBP was a lot stronger against USD in 2014), and to British buyer/seller isn’t all that relevant.

The drop in pounds is still significant, however, and while this latest sale price wasn’t a steal, it’s a notable value. The new owner will be able to use this Healey at some of the world’s most exclusive race and driving events, mixing it up with classics worth several times as much. 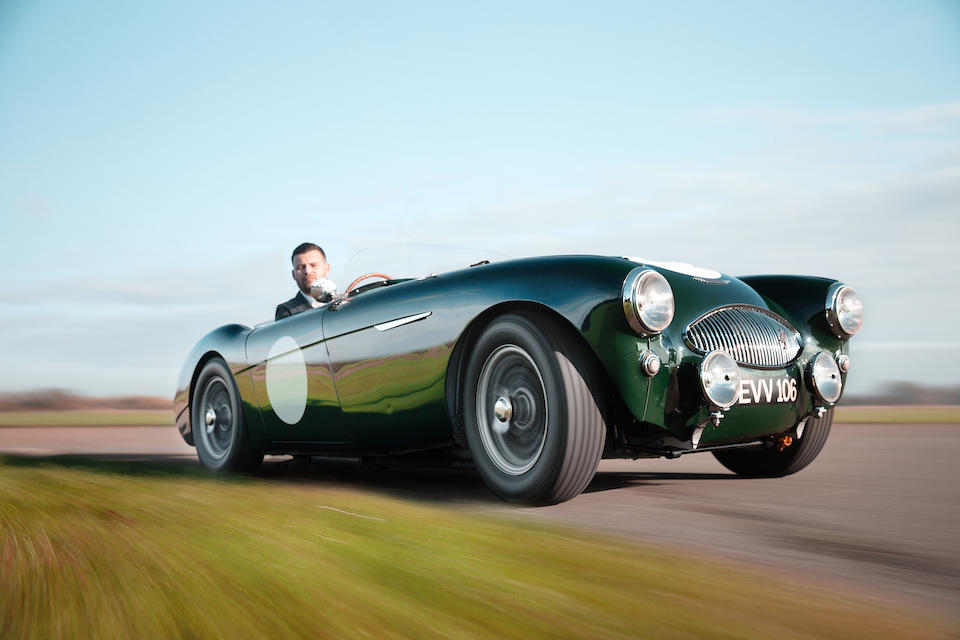 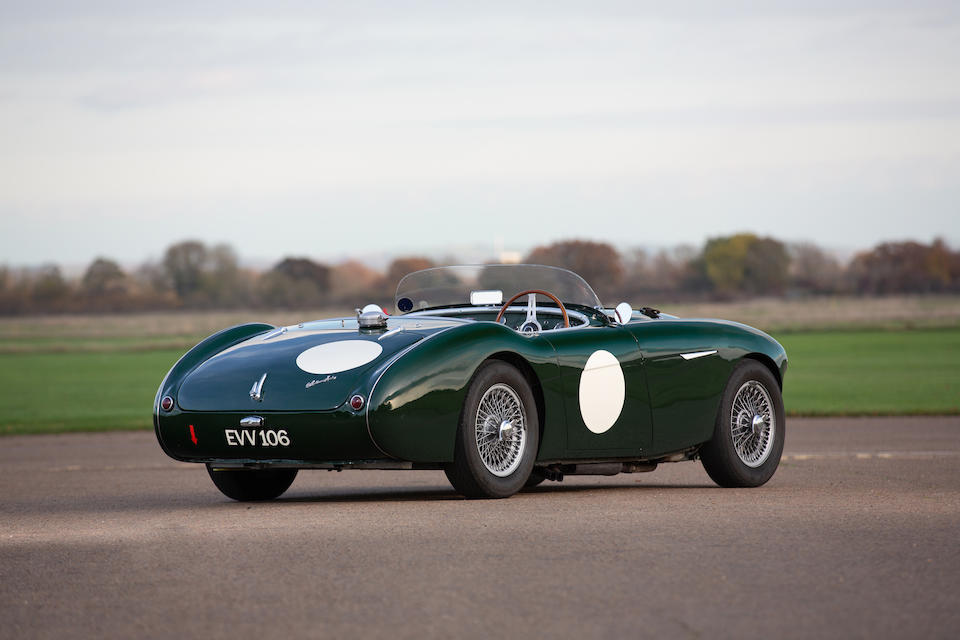 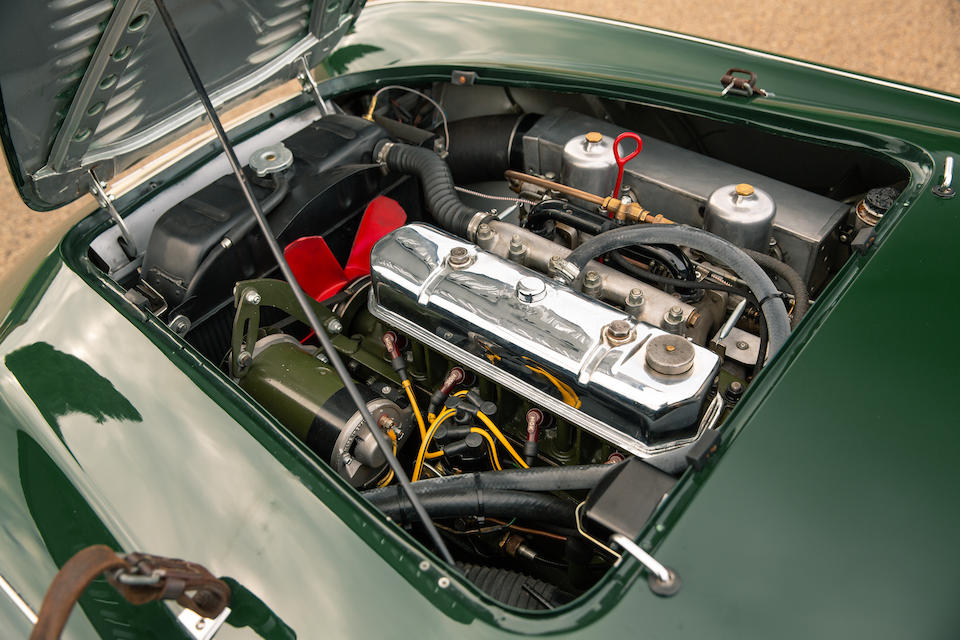 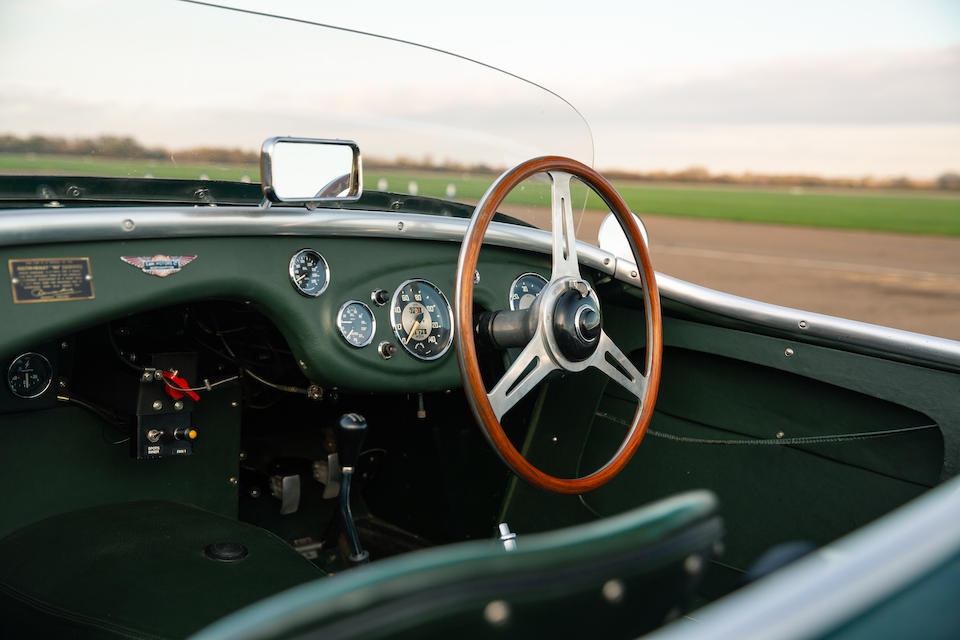