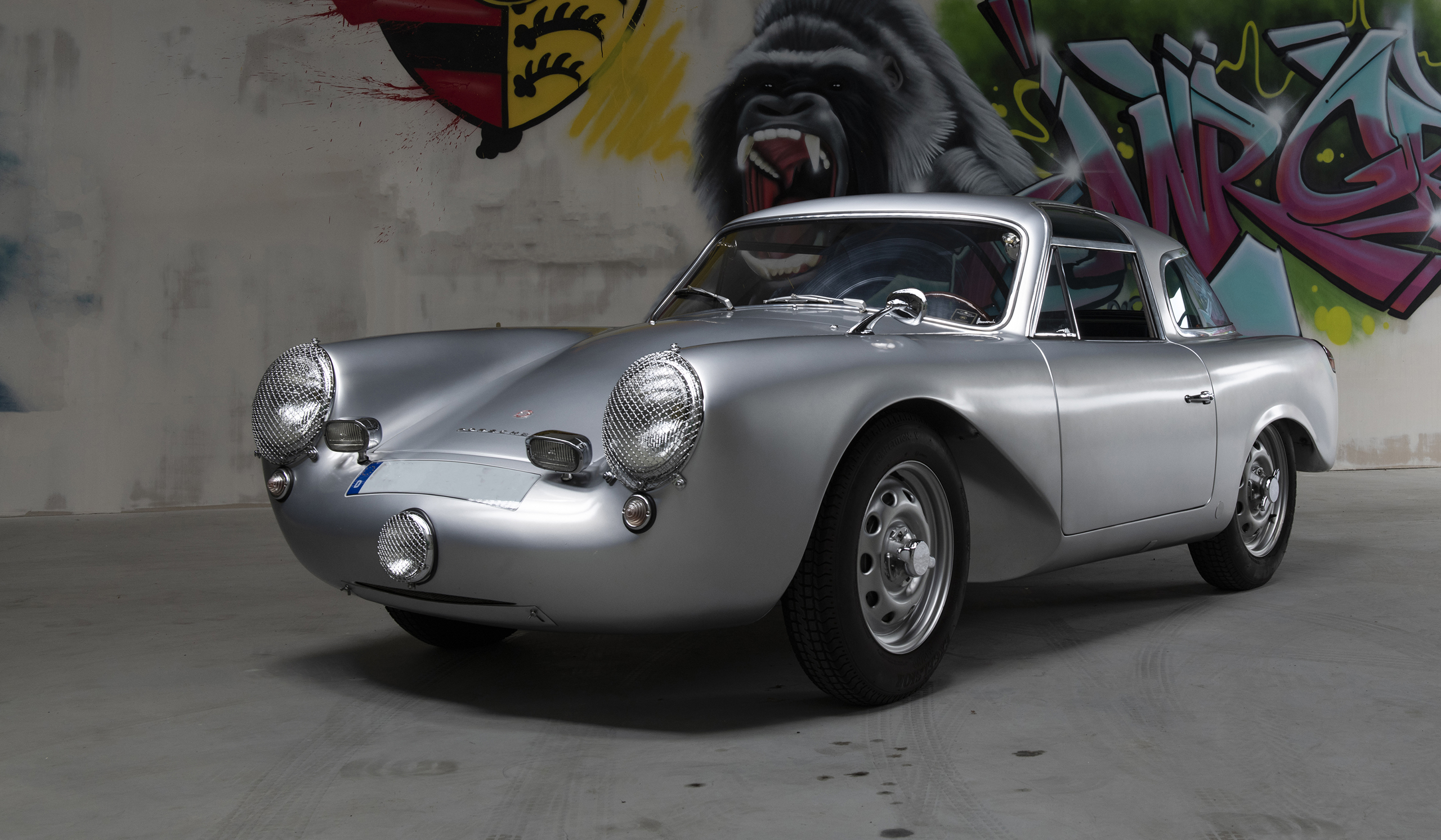 Evaluation: Designed for the 1954 Mille Miglia but wasn’t ready in time and debuted instead at the Liege-Rome-Liege Rally. Sound but dull paint. Small chipping on both deck lid and hood. Chrome has lost some shine and is in fair condition. Seals are worn and beginning to peel back on right door. Tires are quite worn and the chassis is dirty. Sound upholstery and gauges but rusty seat tracks. 1500 4-cam engine from 550 Spyder 550-0026. The only coupe special built by Walter Glöckler and the last of the six Glöckler-Porsches. An intriguing car that deserves better.

Bottom Line: Any Glöckler-Porsche is unusual and significant and we’ve seen only one in recent auction history, the spyder known as “#3” chassis 10447 that sold at RM Arizona in 2008 for $616,000. While this coupe’s appearance is somewhat awkward it is highly functional and the only one of its kind. Its unique status makes it hard if not impossible to equate with the #3 spyder’s value, but as one-of-a-kind and with a later (but cherished) 4-cam Type 547 engine it wouldn’t be unreasonable to see it bid to much closer to the low estimate than this. 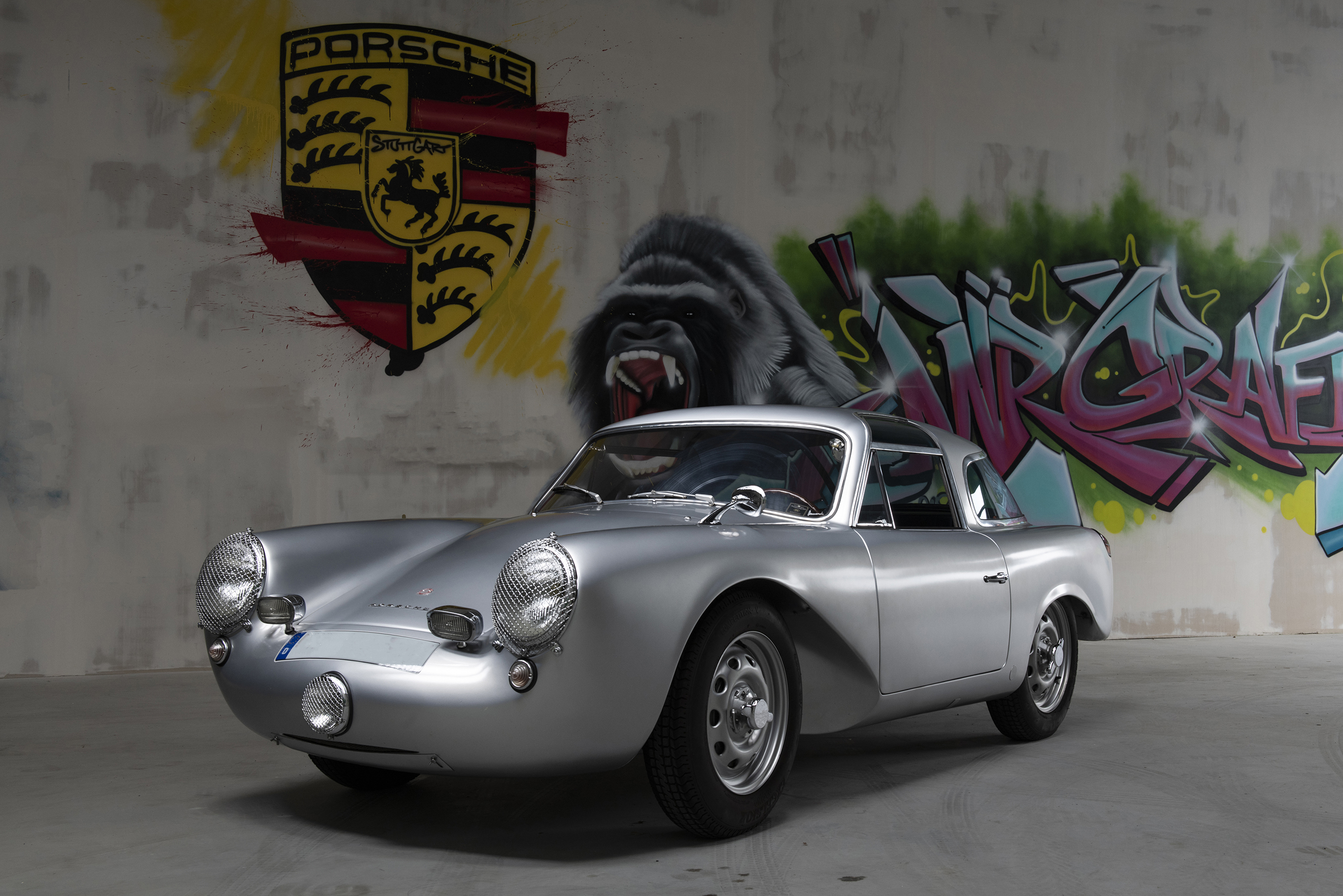 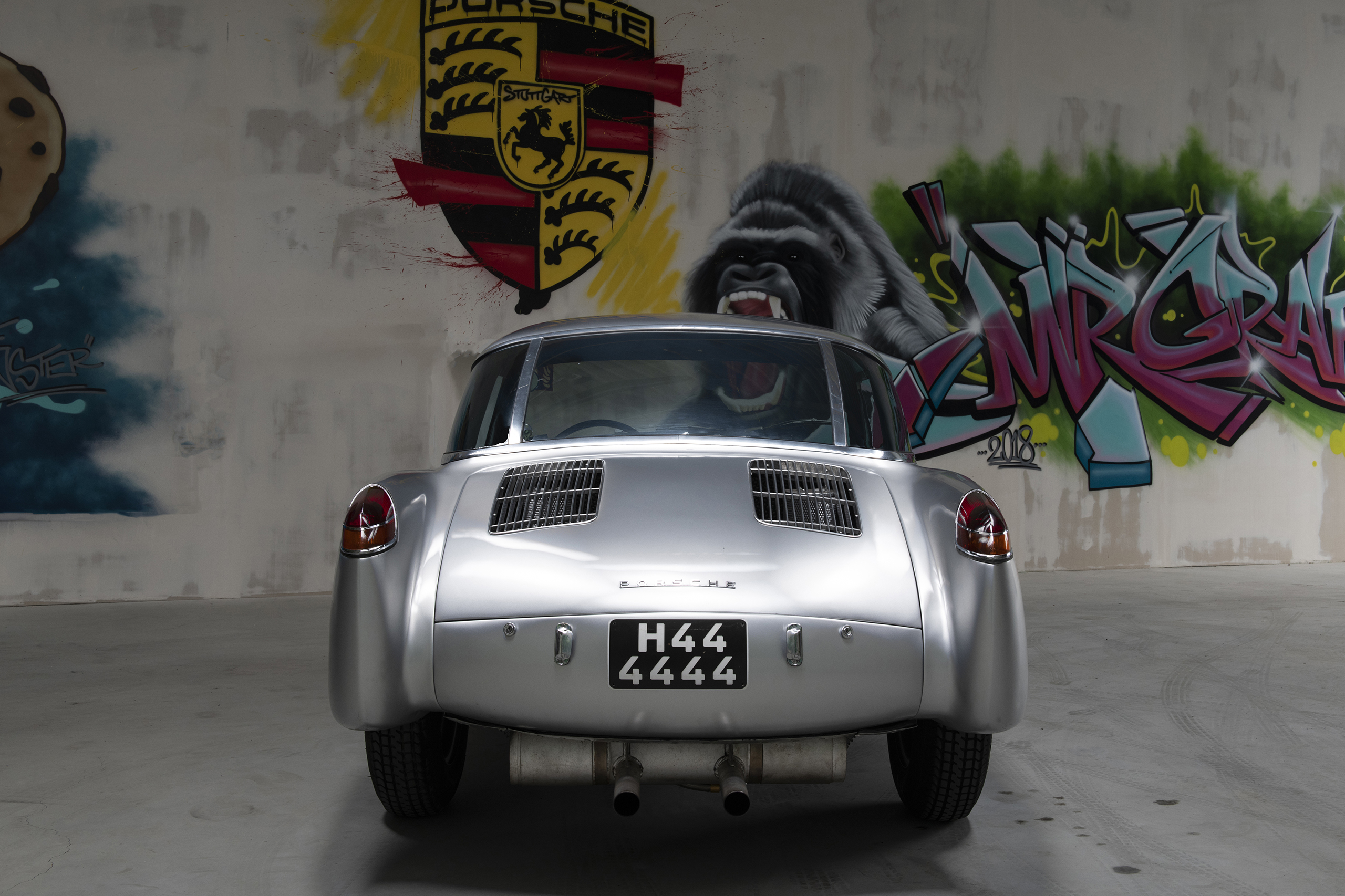 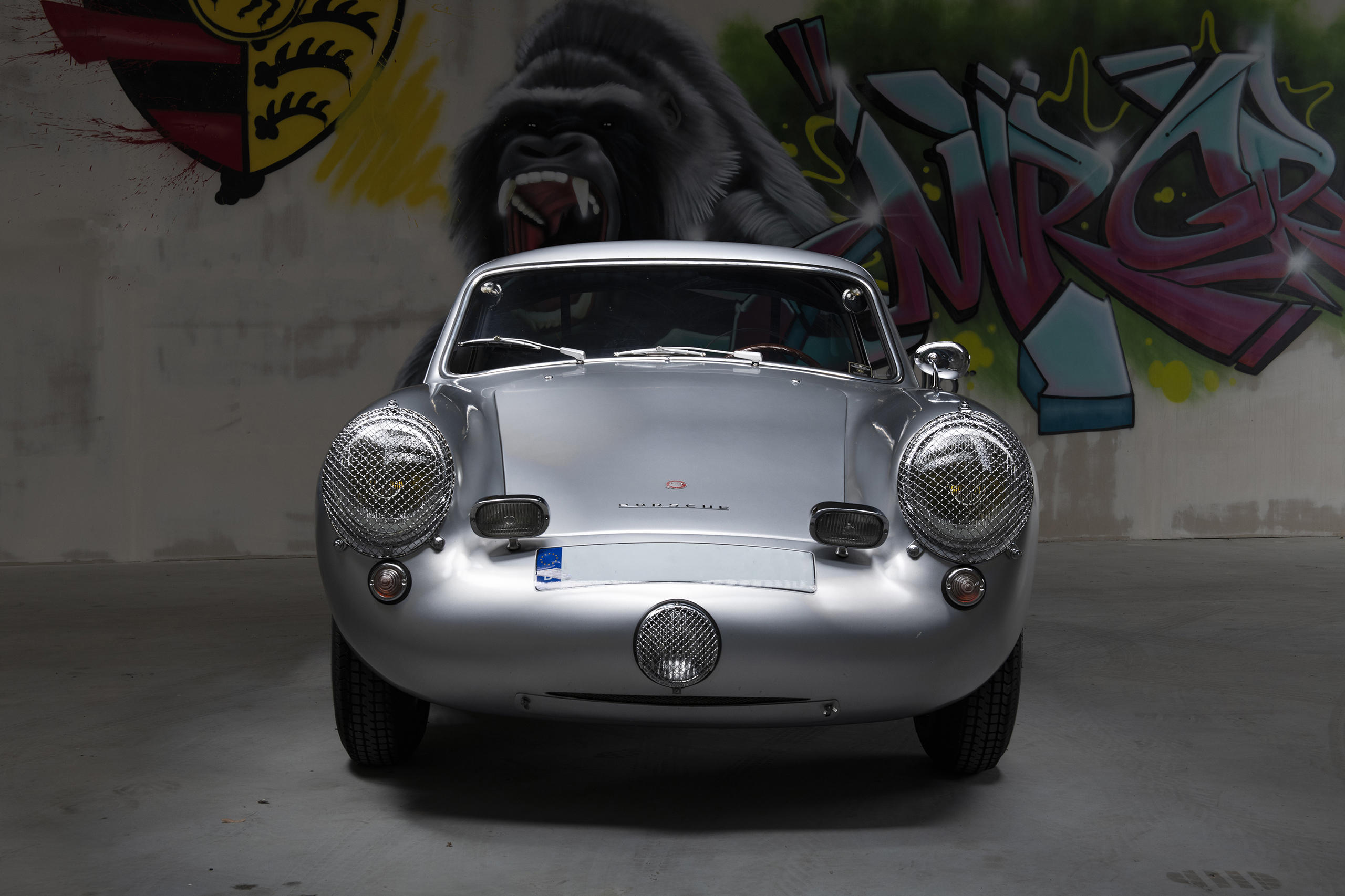 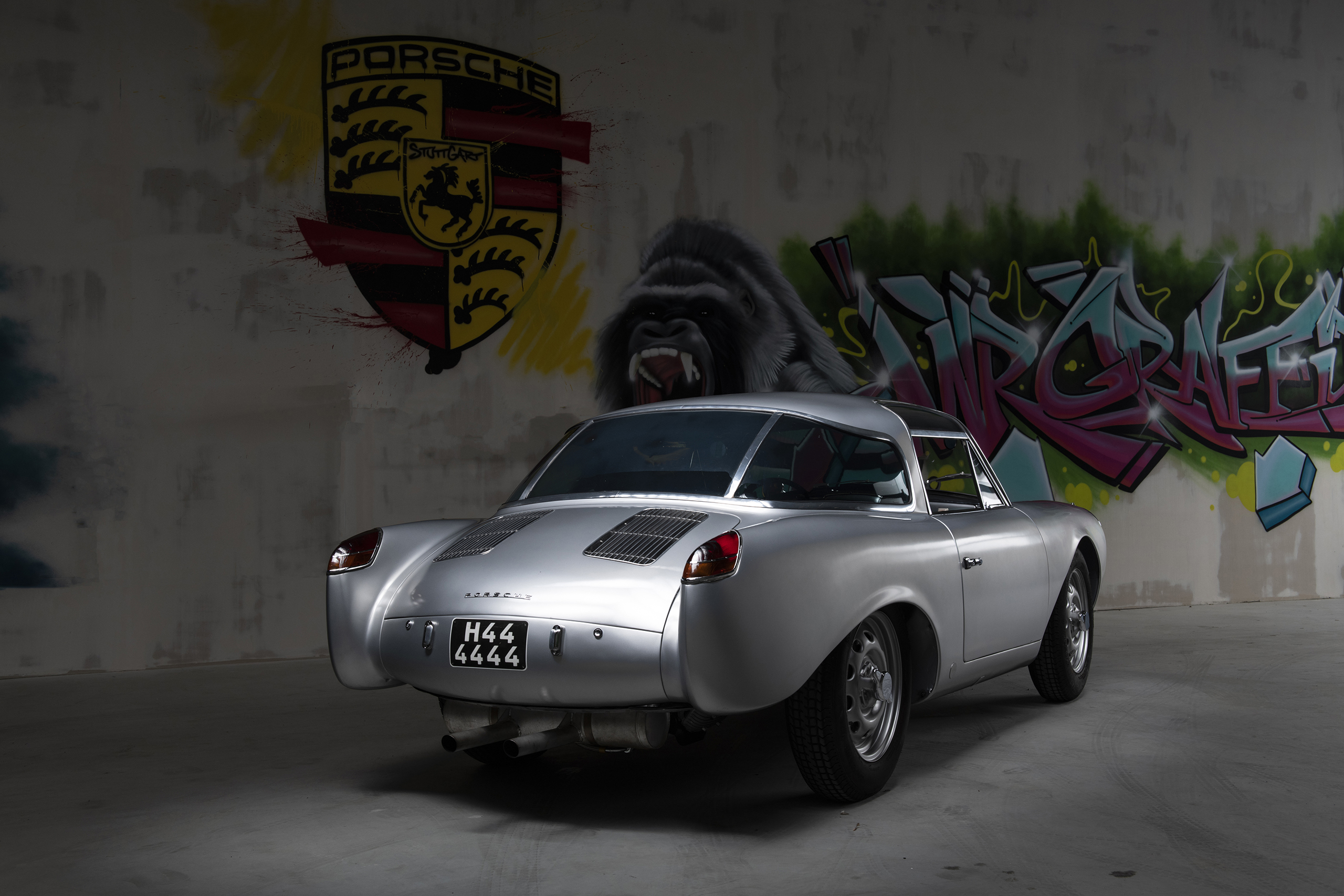 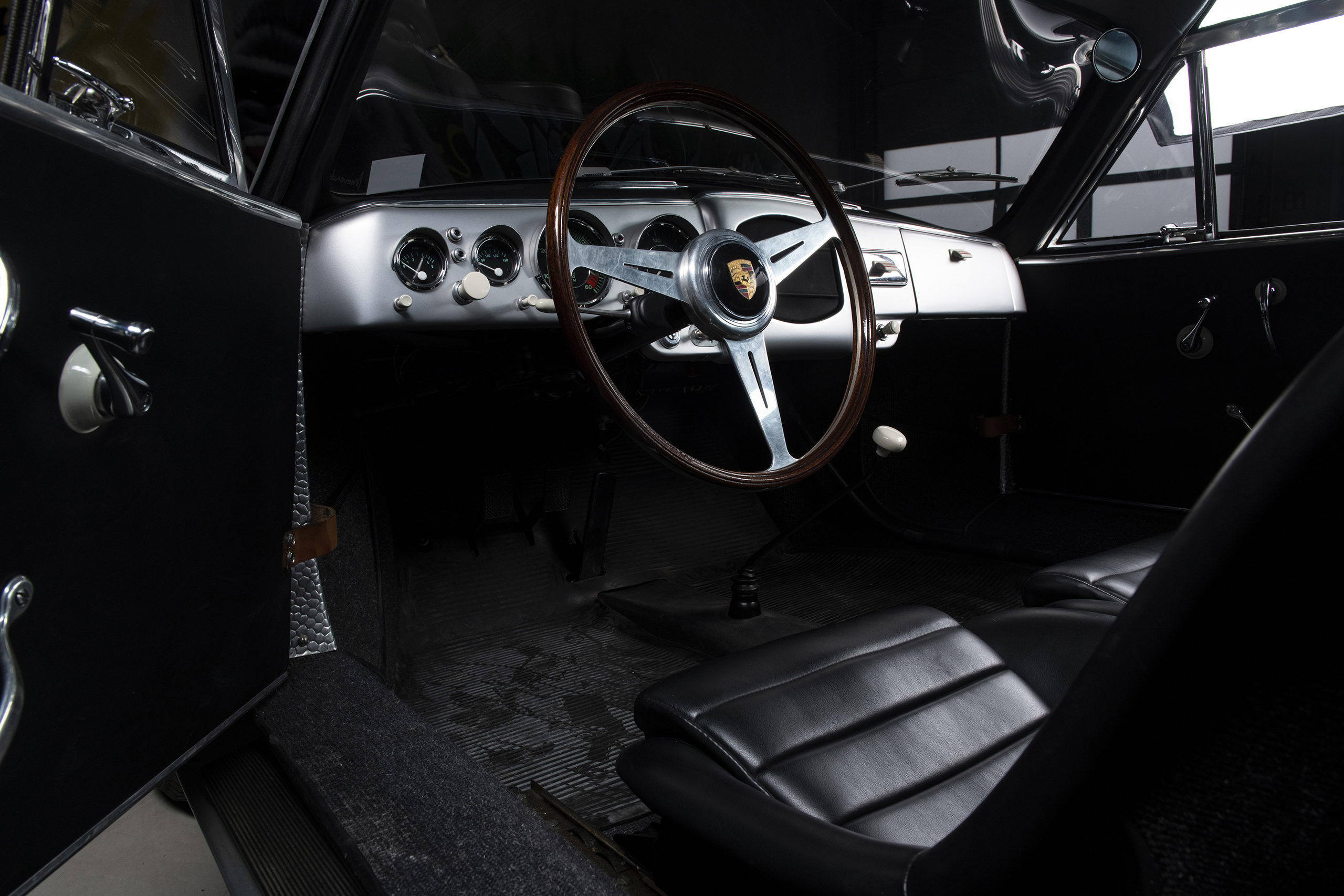 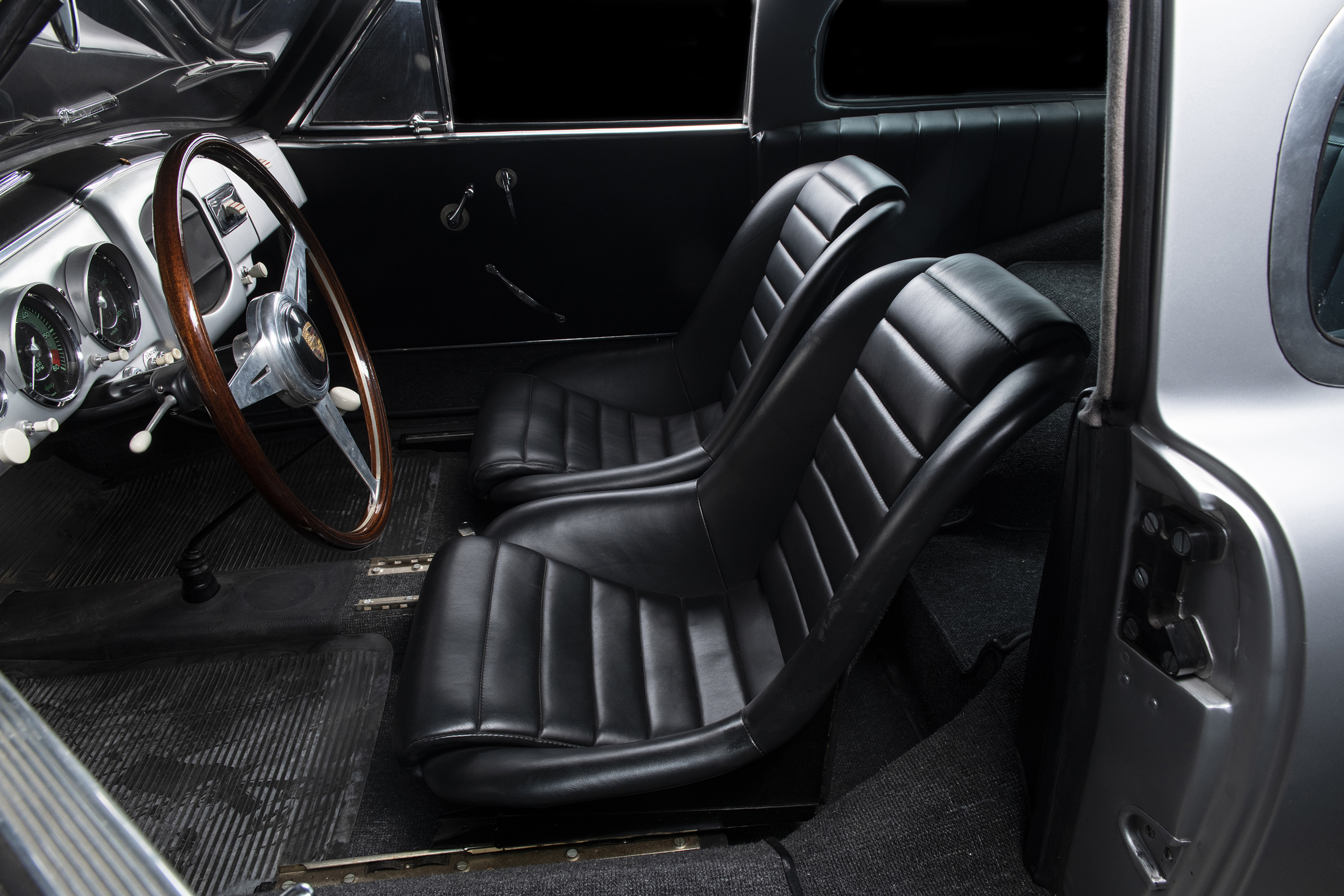 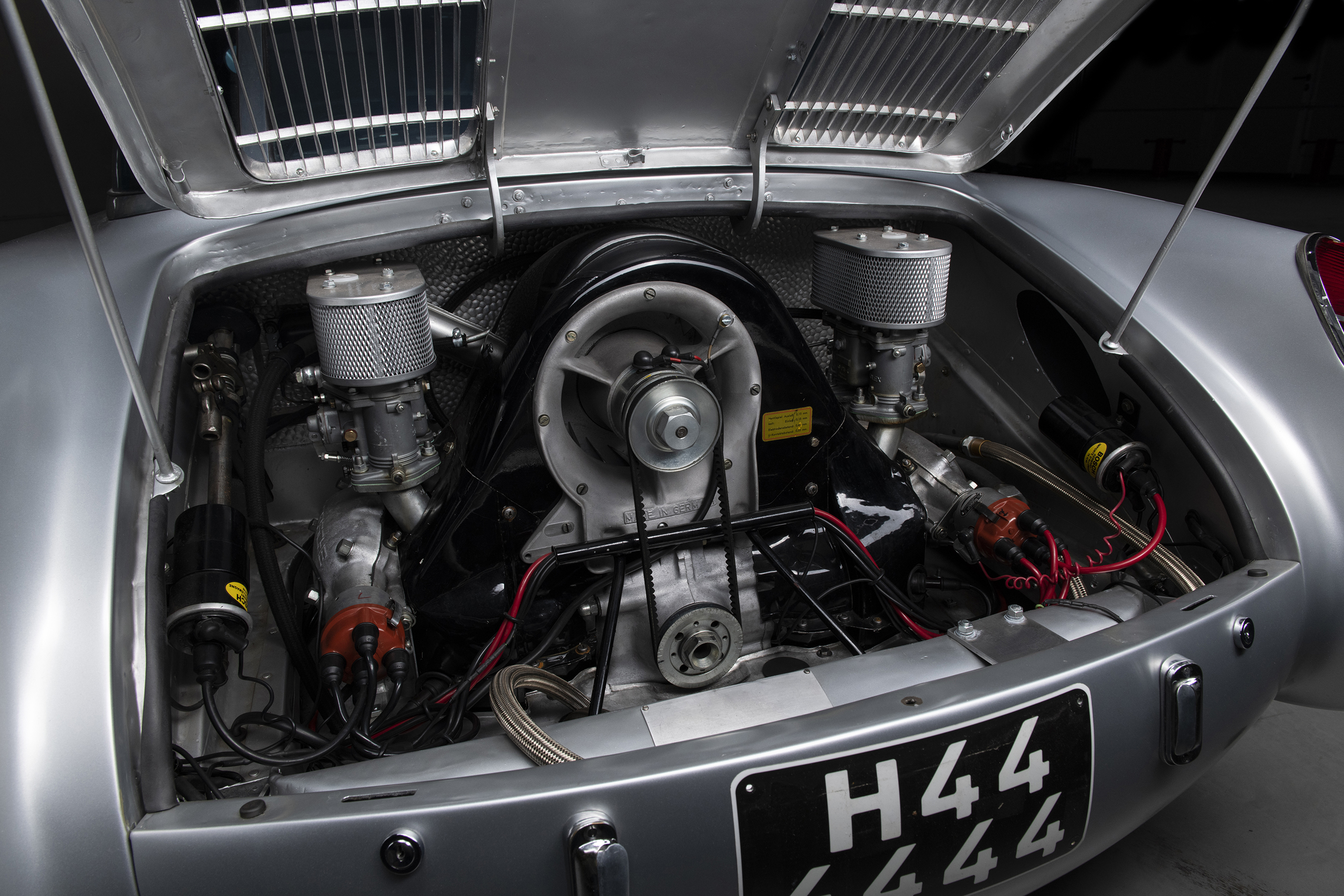