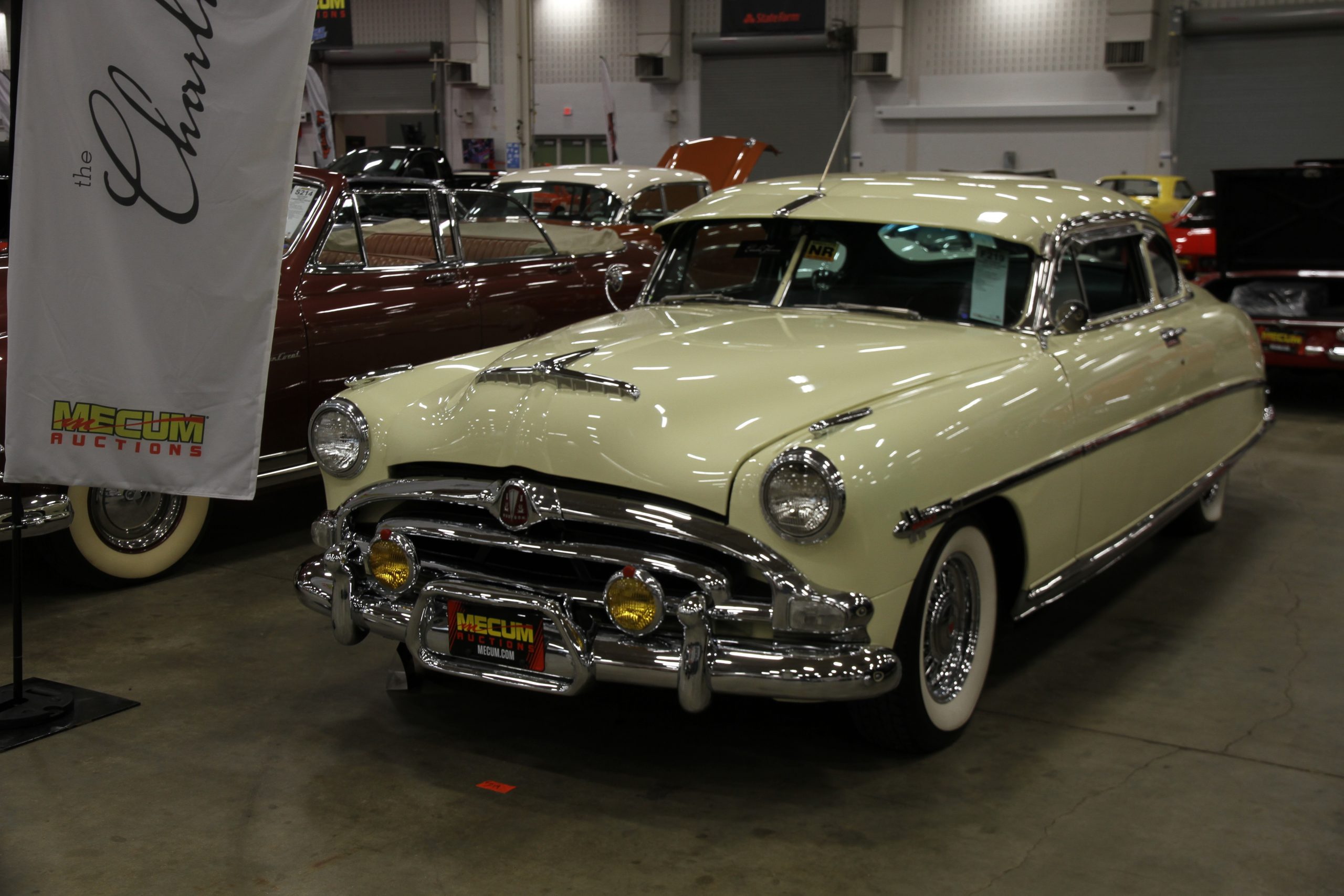 Evaluation: From the Charlie Thomas Estate collection. Used but reasonably tidy and all correct engine bay. Decent old chrome, but the rest of the brightwork looks a bit tired and the spears down the body sides don’t fit flush. Imperfect panel fit. Decent older paint. Older restored underneath. The dash looks original and solid, while the upholstery and headliner look newer. A neat, honest, well-equipped step-down Hudson.

Bottom Line: Hudsons look more modern and sleeker than many other postwar American cars thanks to their “step-down” chassis, which features a recessed floor pan allowing passengers to step into the car rather than climb into it. That low center of gravity and Hudson’s potent “Twin H-Power” six allowed the Hornet to compete and win on the NASCAR circuit despite the lack of an overhead valve V-8 like much of the competition. Hornets captured dozens of wins in the 1952-54 seasons. But despite their good looks, their race history and their popularity with Steve McQueen (he owned several), Hudsons come from a long-defunct brand and they aren’t particularly valuable. This same car sold at Barrett-Jackson Scottsdale 2017 for $33,000. Early ’50s American cars didn’t exactly become the next big thing in the four years since, so this result at Indy is a very strong one.