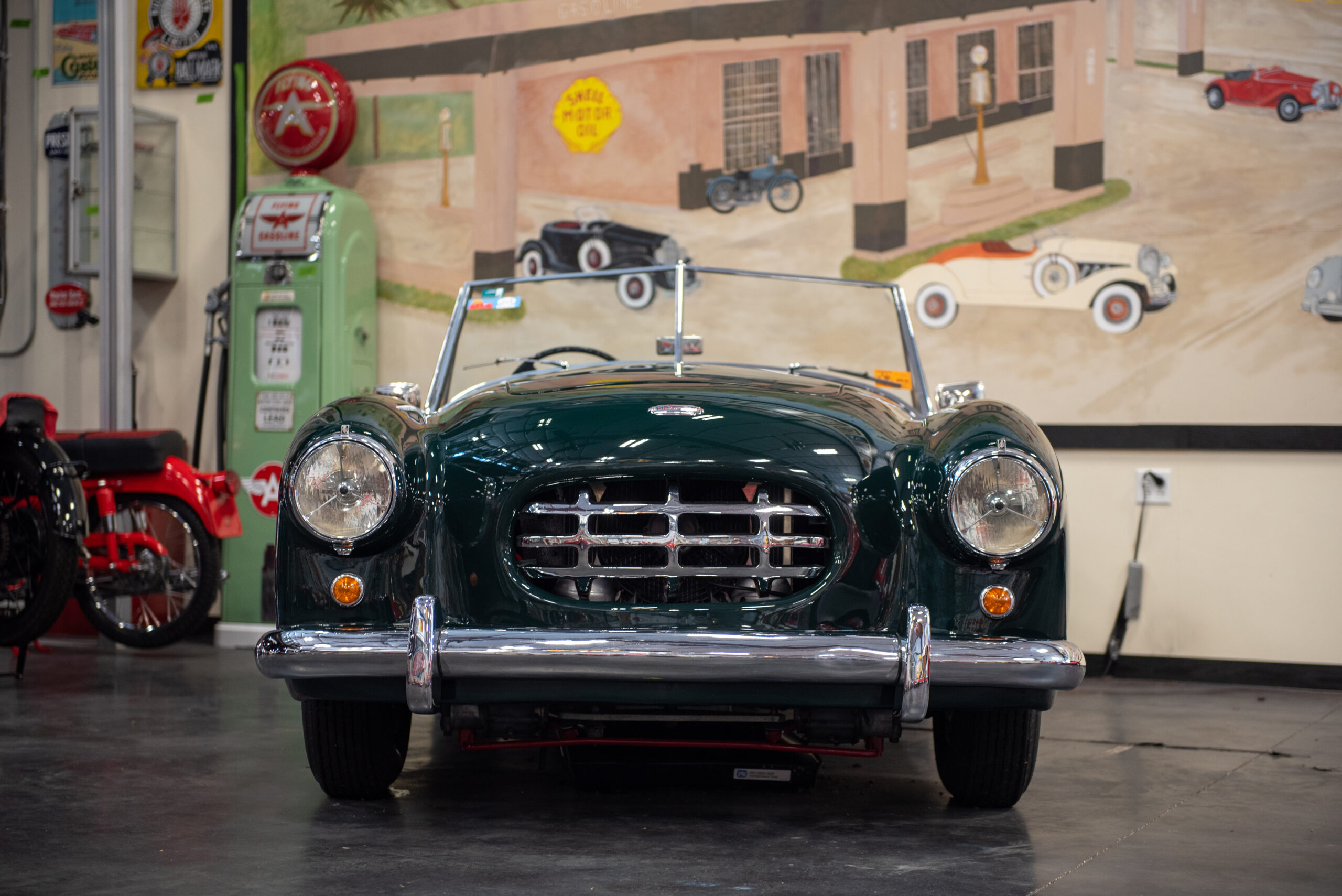 Evaluation: Represented as one of 28 Healey Sports Convertibles and 25 with Alvis drivetrains. Good older paint with some light scratching here and there. A few marks on the driver’s door handle, and the quarter window on that side is delaminating. Tidy underneath. The fit on the doors is a little uneven. The interior looks great. Alvis and Healey are both big names in the world of British sports cars, but this unusual collaboration is a very rare and quite handsome little car that few have ever heard of.

Bottom Line: The Alvis-Healey, also known as the “Healey Three Litre Sports Convertible,” bears a strong family resemblance to the early Nash-Healey (both were penned by Gerry Coker rand built by Panelcraft in Birmingham) and was built at the same time. The Healey chassis is different, however, and unlike the Nash version came standard with lockable doors as well as a heater and radio, plus the grille is slightly different. Healey also sold a Riley-engined version, which is even rarer. But with 25 built, largely for the domestic UK market, the Alvis-Healey is still as rare as it is obscure.

This was as good a place as any for this one to sell considering the Nash-Healeys and other hybrid sports cars on offer from the Ponder collection, but it was overshadowed by the better-known Panelcraft-bodied Nash-Healey (Lot 3158, sold for $154,000).