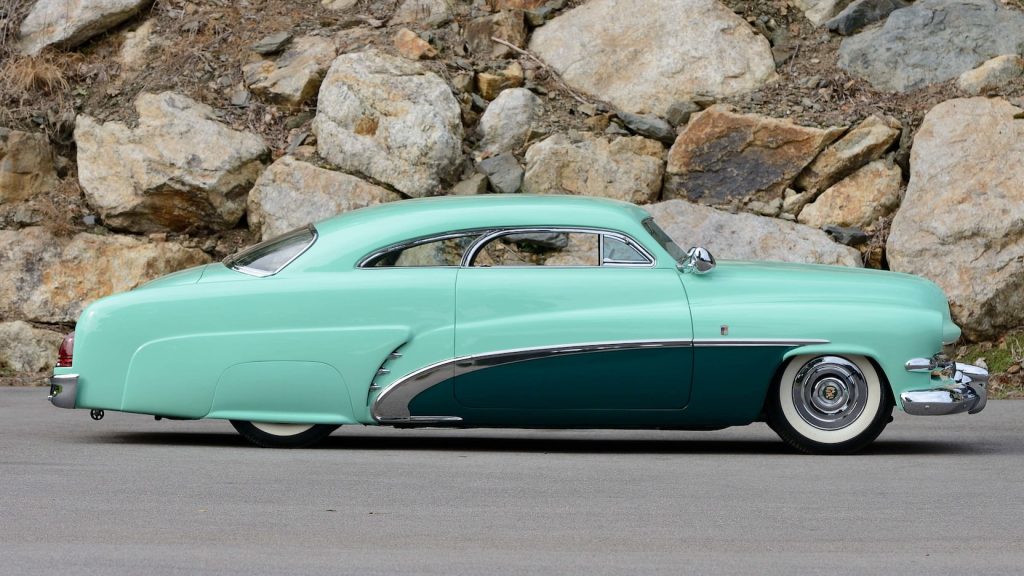 Evaluation: The word “icon” is over-used and no longer descriptive, except in this case. Built by the Barris brothers for Bob Hirohata and widely displayed and featured at the time. Appeared in the movie “Running Wild” with Mamie Van Doren in 1955. Bought by Jim McNiel in 1959 and driven for a few years when he was in high school, then put aside until 1996 when it was restored. Restored again in 2015 by some of the team who built and painted it in the Fifties and won its class at Pebble Beach the same year. Still owned by the McNiel family.

The dashboard still has its original pinstriping by Von Dutch. Excellent paint and interior. Bright chrome. The engine compartment isn’t as fresh as the cosmetics, but that is insignificant compared with its history and continuing influence on customizing.

Bottom Line: The Hirohata Merc probably inspired more lead sled Mercurys than any other car during the ascendancy of customizing. It was the subject of a long and ultimately successful campaign to re-establish its recognition since appearing at Pebble Beach seven years ago. The family were hoping for a 7-figure price and did they ever get it. The new owner got a singular automobile after enthusiastic bidding. It is an iconic car acquired in an iconic auction process. 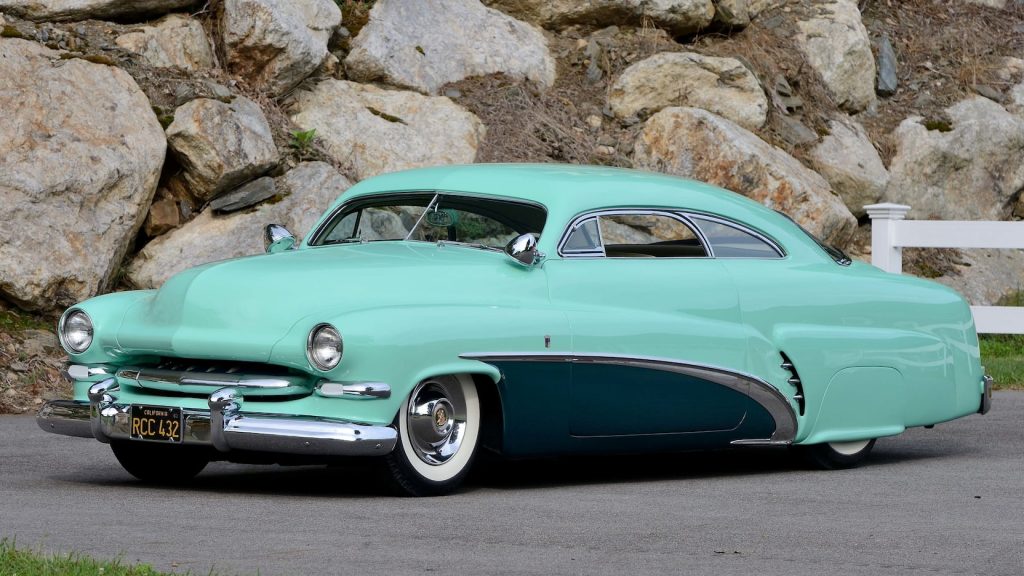 A story about
MecumThe 2022 January Auctions