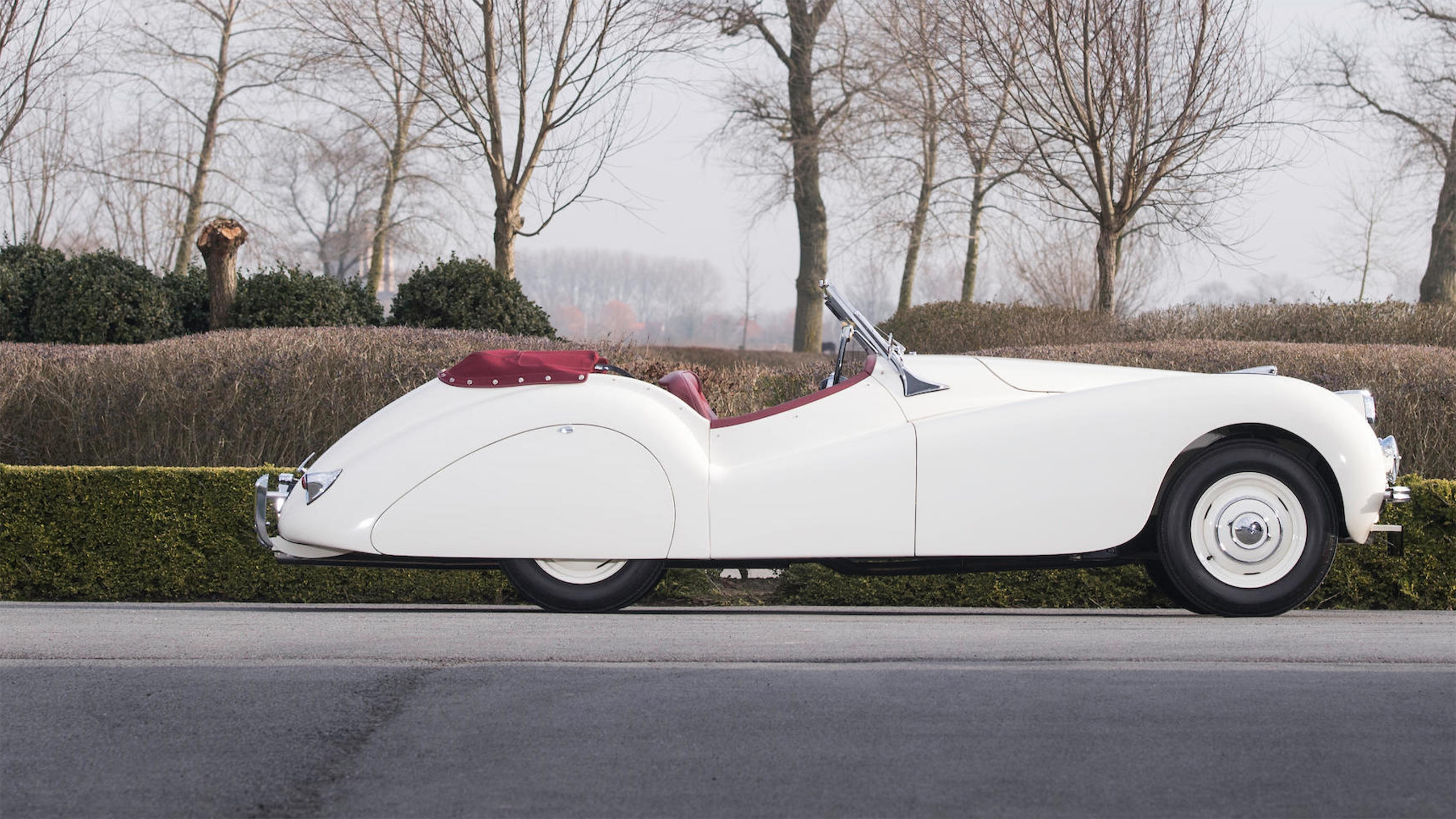 Evaluation: The only known 4-seat XK 120, an export model destined for David Stuart Mitchell of Tauranga New Zealand with a 7:1 compression ratio export engine. Show polished cam covers, fastidious attention to detail throughout, although badly presented in the online photos. Represented online as a “Drophead Coupe”, it isn’t. It has side curtains and a single layer top. That aside, it is a singular, unique automobile that will stand out at any Jaguar or British car gathering and was chosen as ‘Best Restored Car’ at Techno Classica Essen in 2007. That it looks this good fourteen years later is a credit to the caliber and quality of its restoration and its subsequent preservation.

Bottom Line: The prettiest XK 120s are the creations of William Lyons and his team, the OTS, DHC and FHC. This doesn’t approach those in style or design, but it is true to the Lyons line, if exaggerated in its rear overhang to accommodate the two back seats. It is hard, even with the few detailed photos, to criticize the caliber of its restoration and condition and, for a car that will forever confer upon its owner the mantle of a “unique” XK 120, a rare opportunity. It’s no Ghia Supersonic (most recently sold by RM at Monterey in 2015 for $2 million) but it will be a welcome entrant in the same field of coachbuilt XK Jags and for a lot less money. This was an astute purchase. 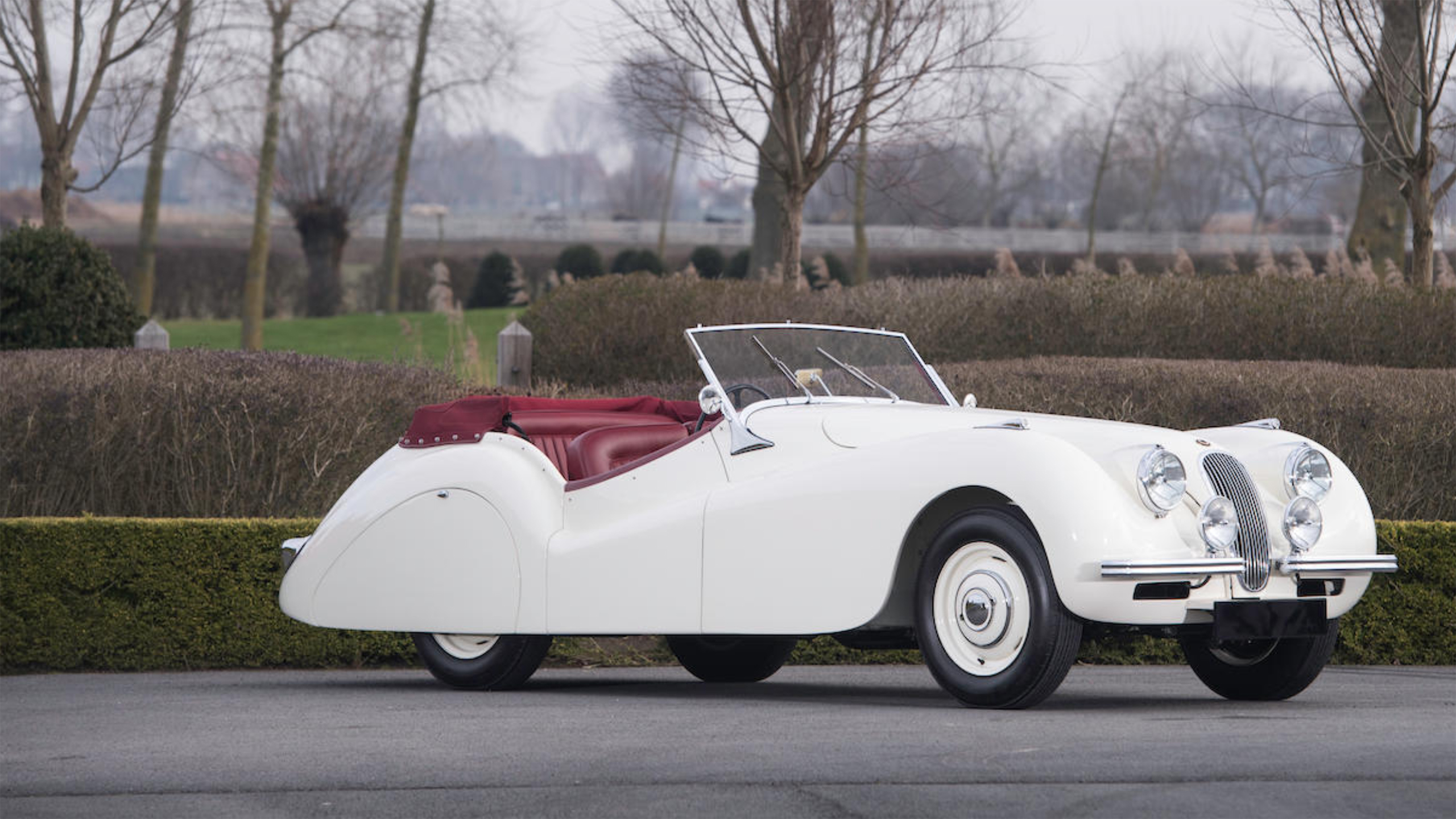 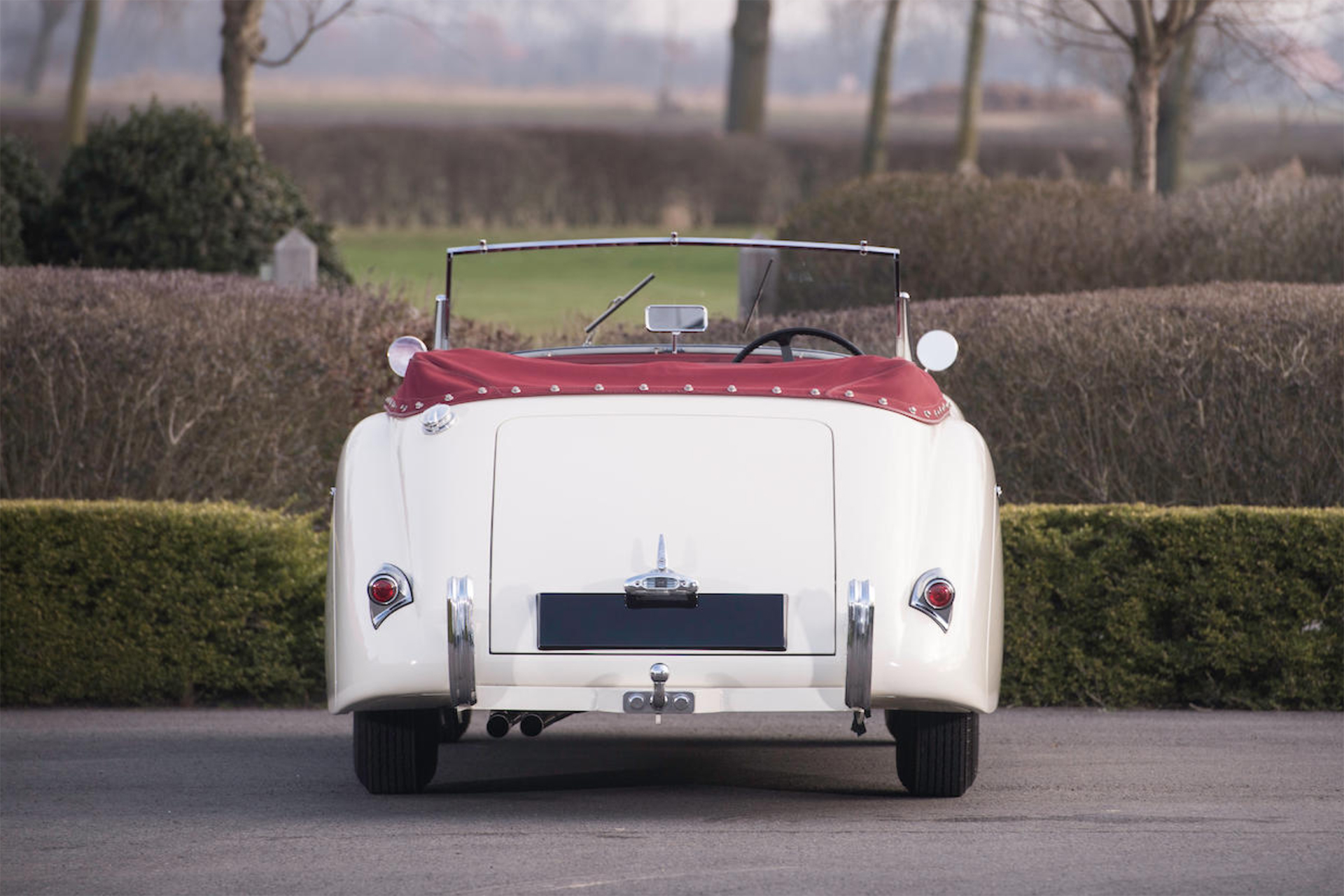 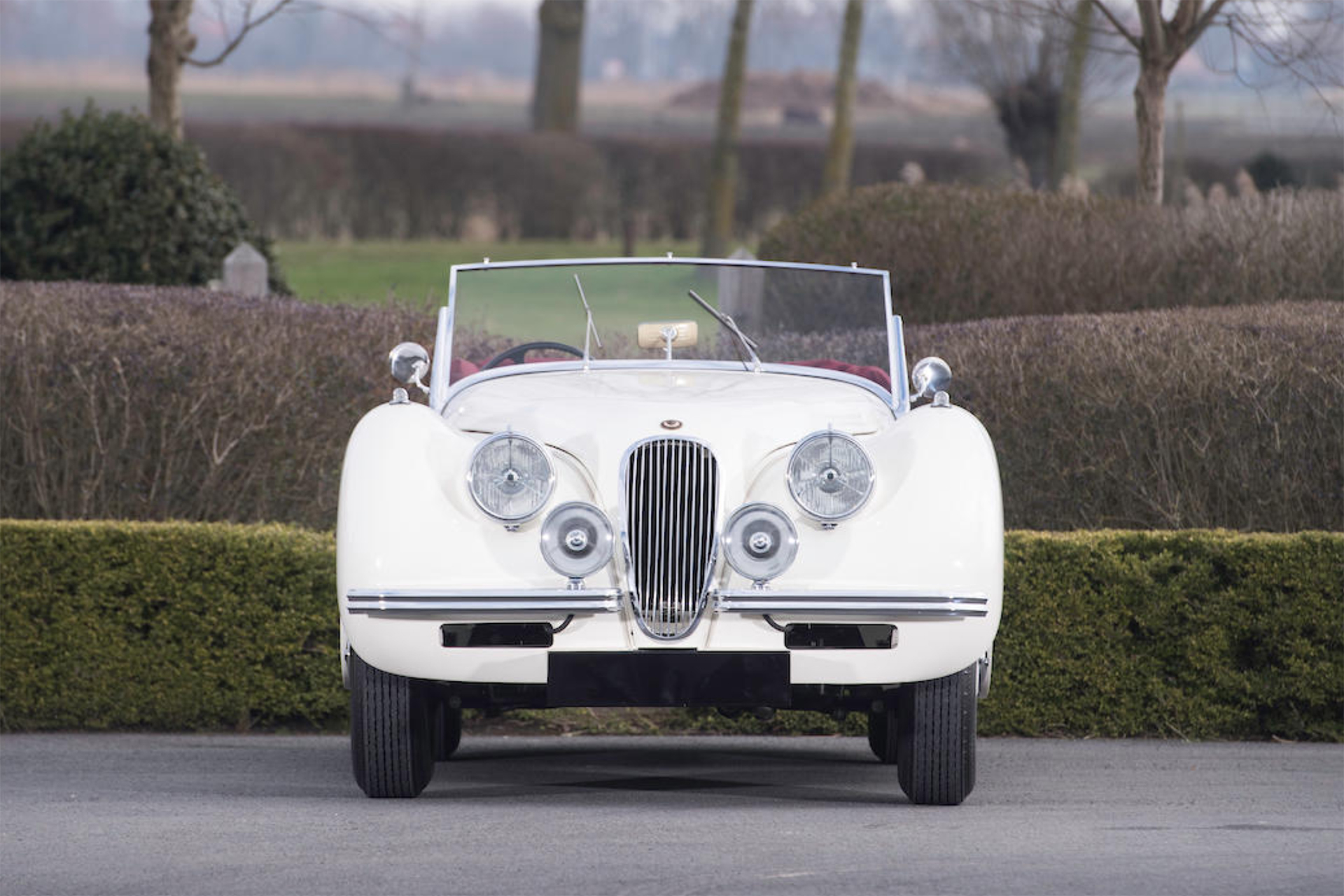 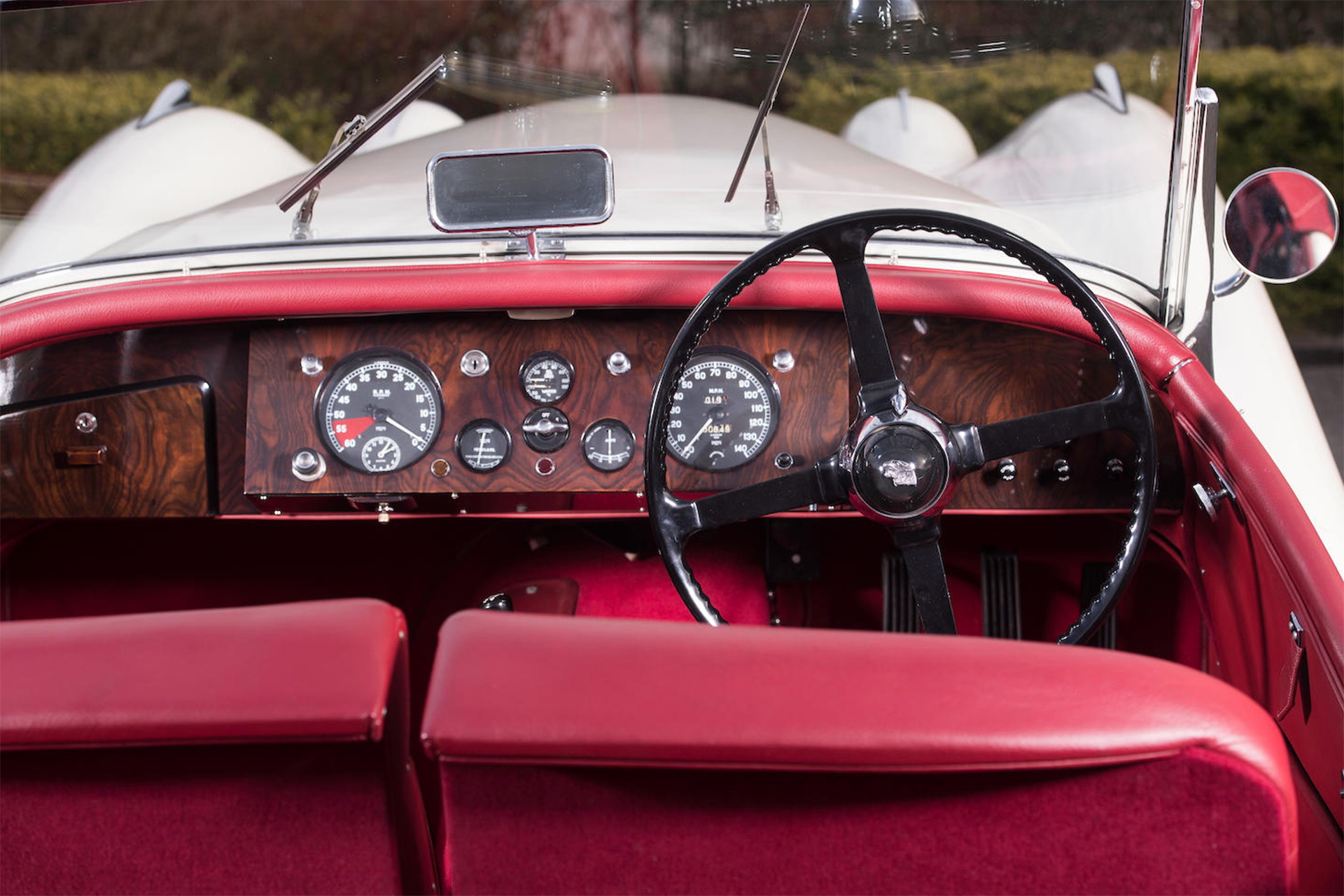 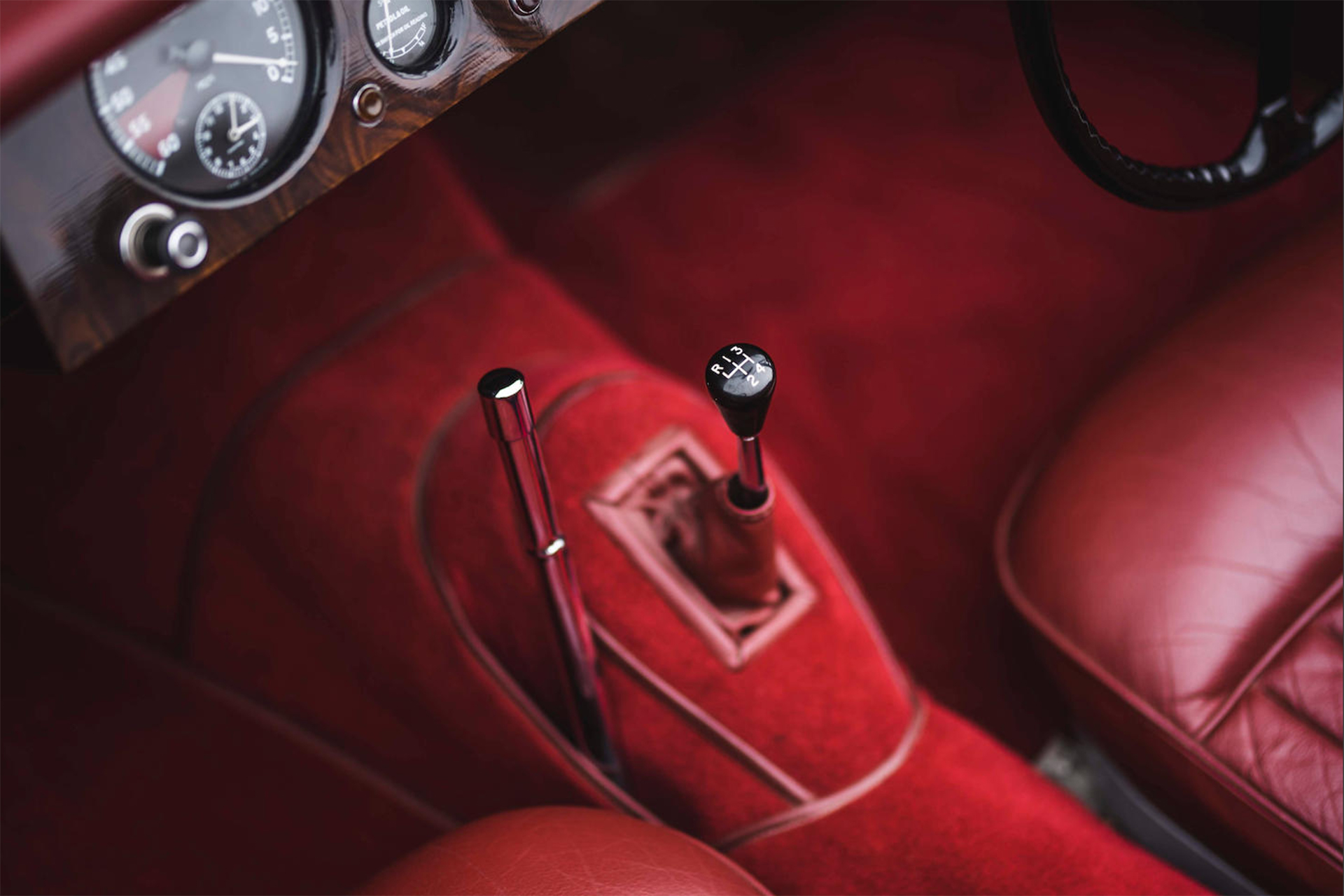 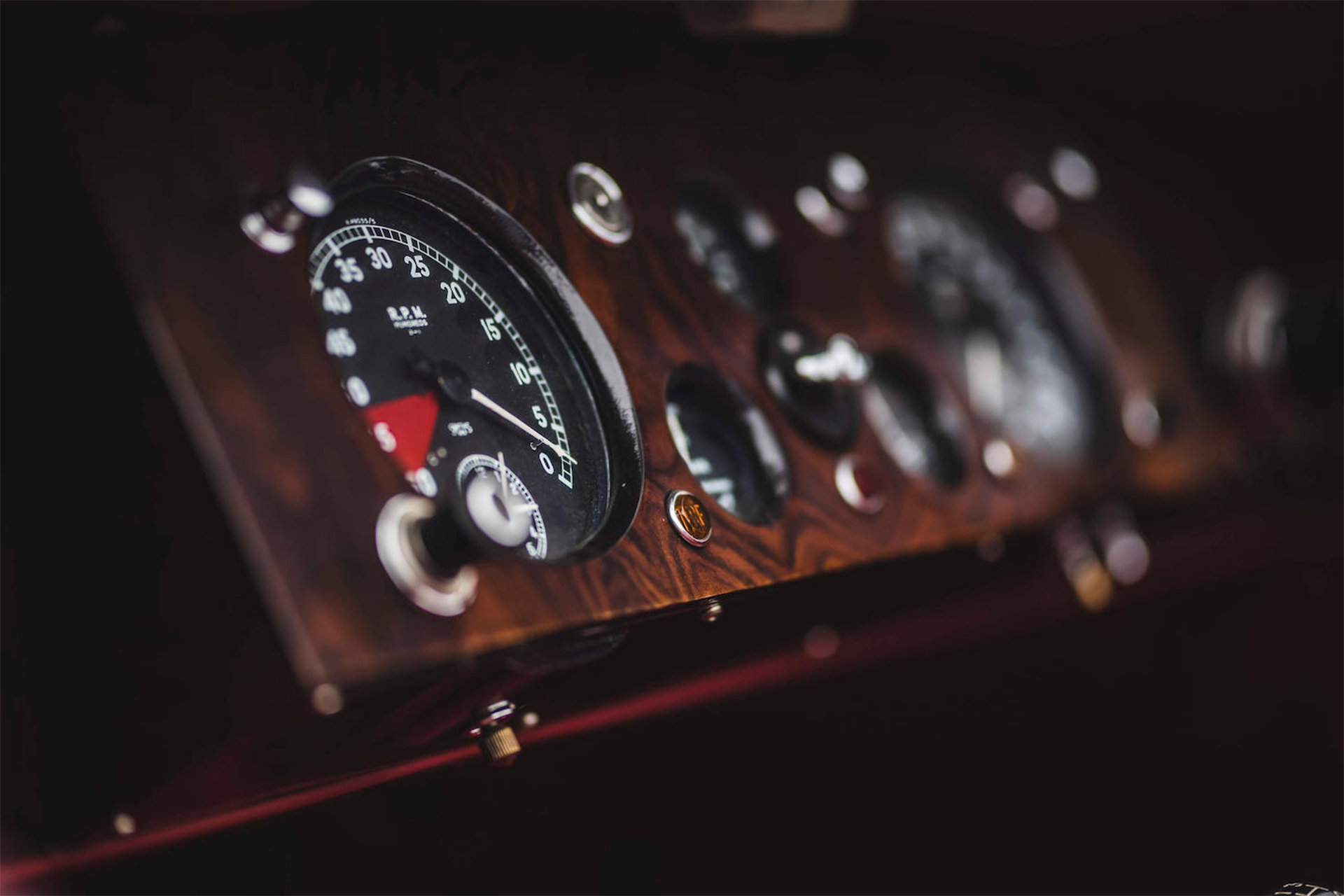 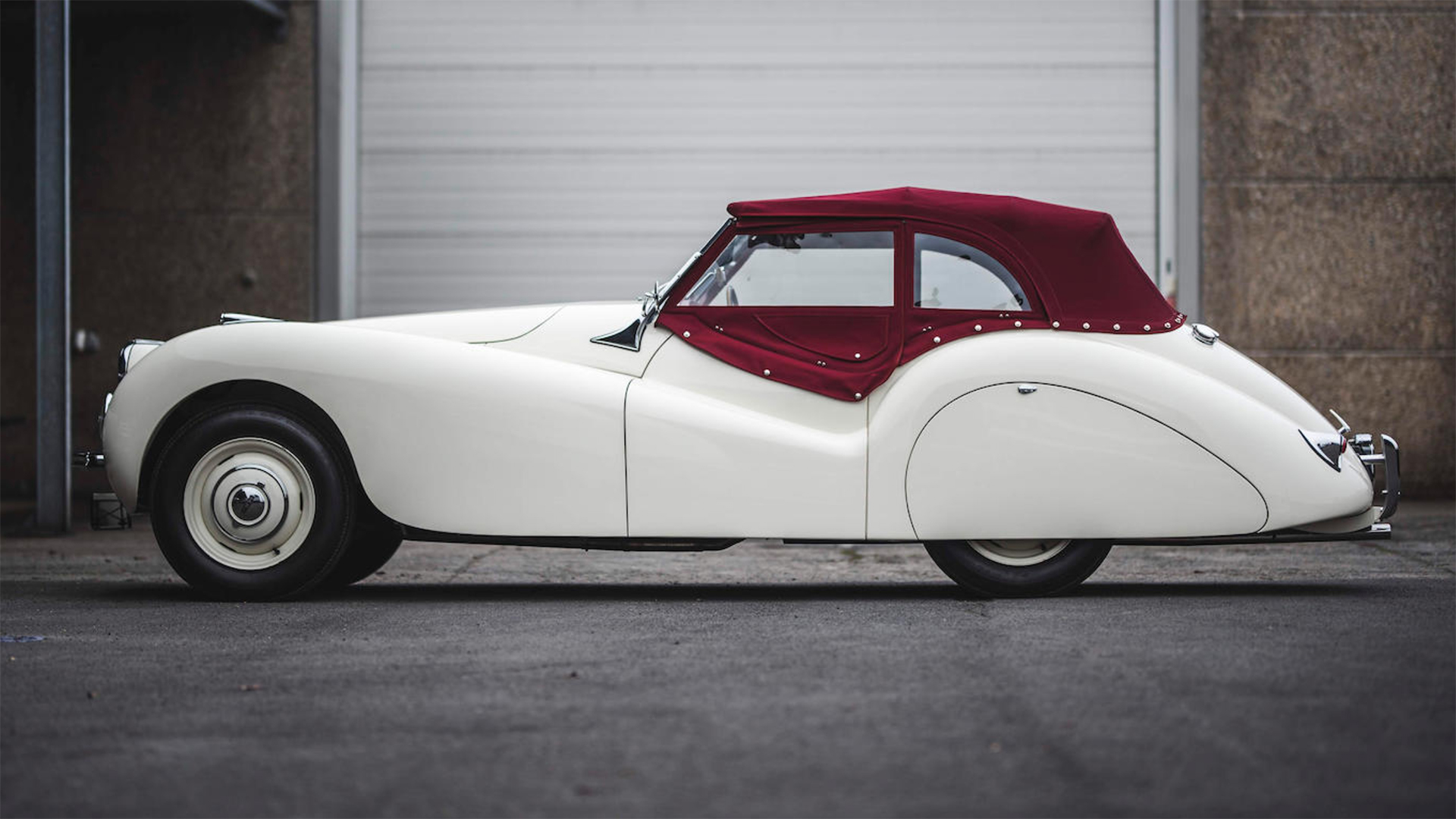 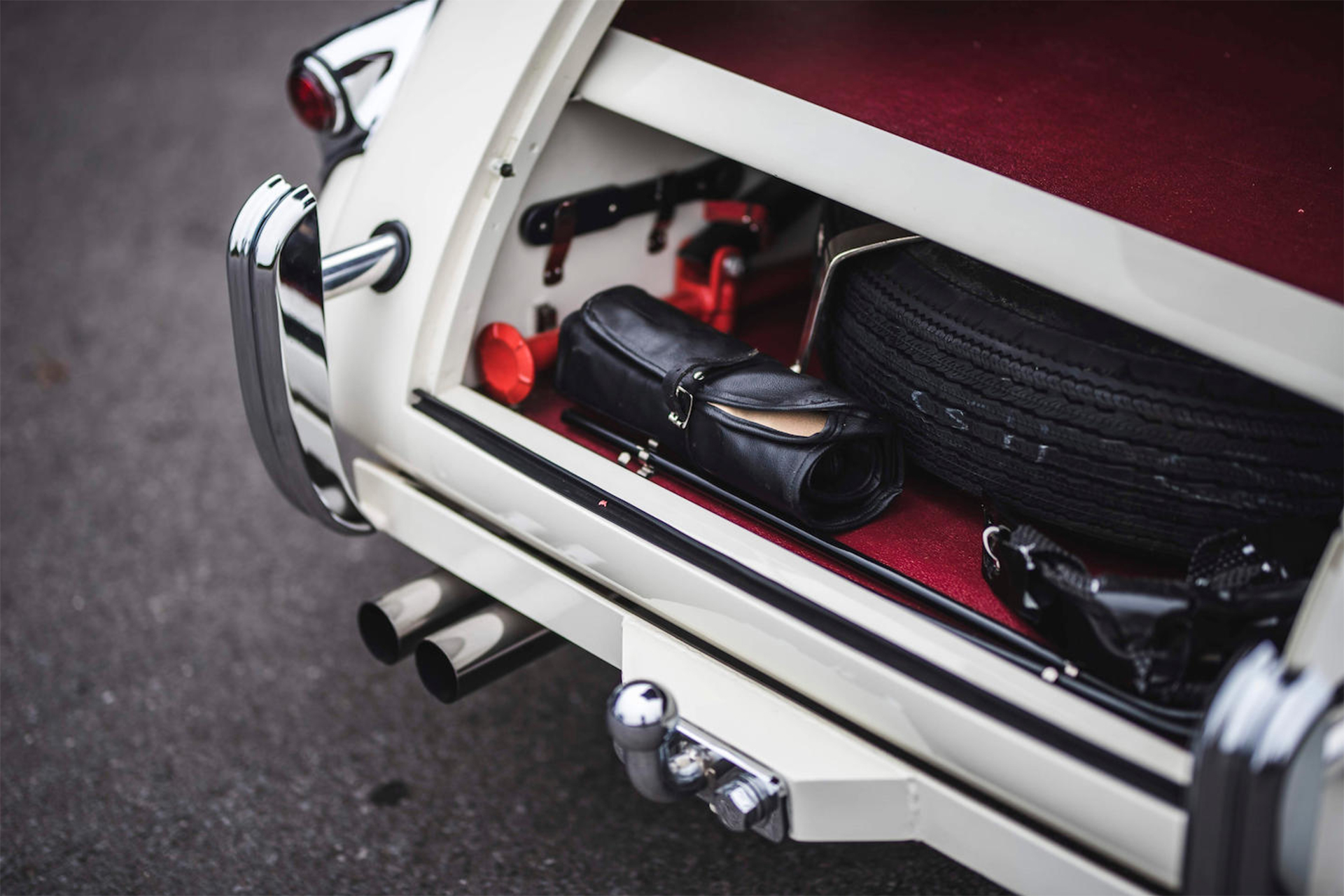 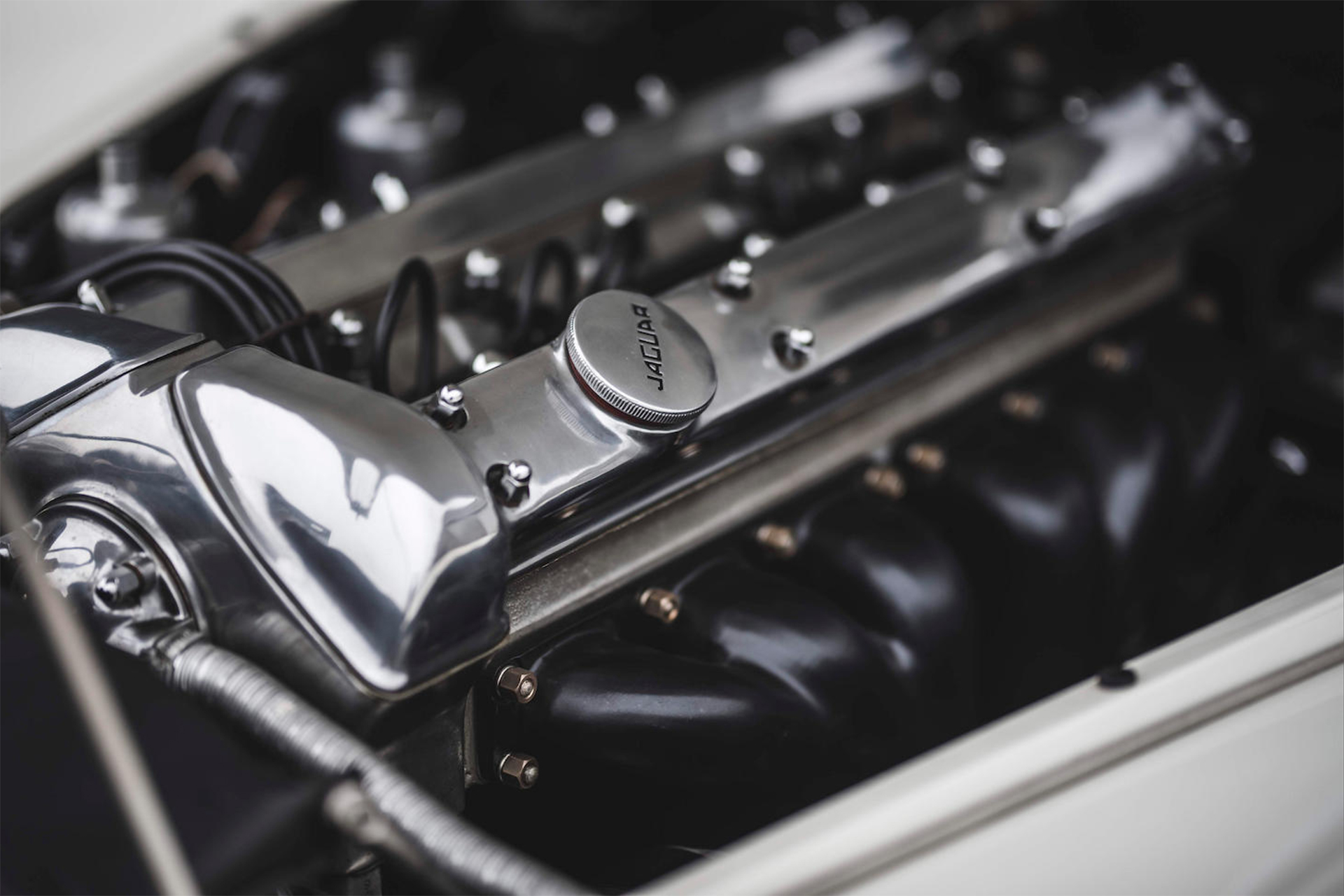 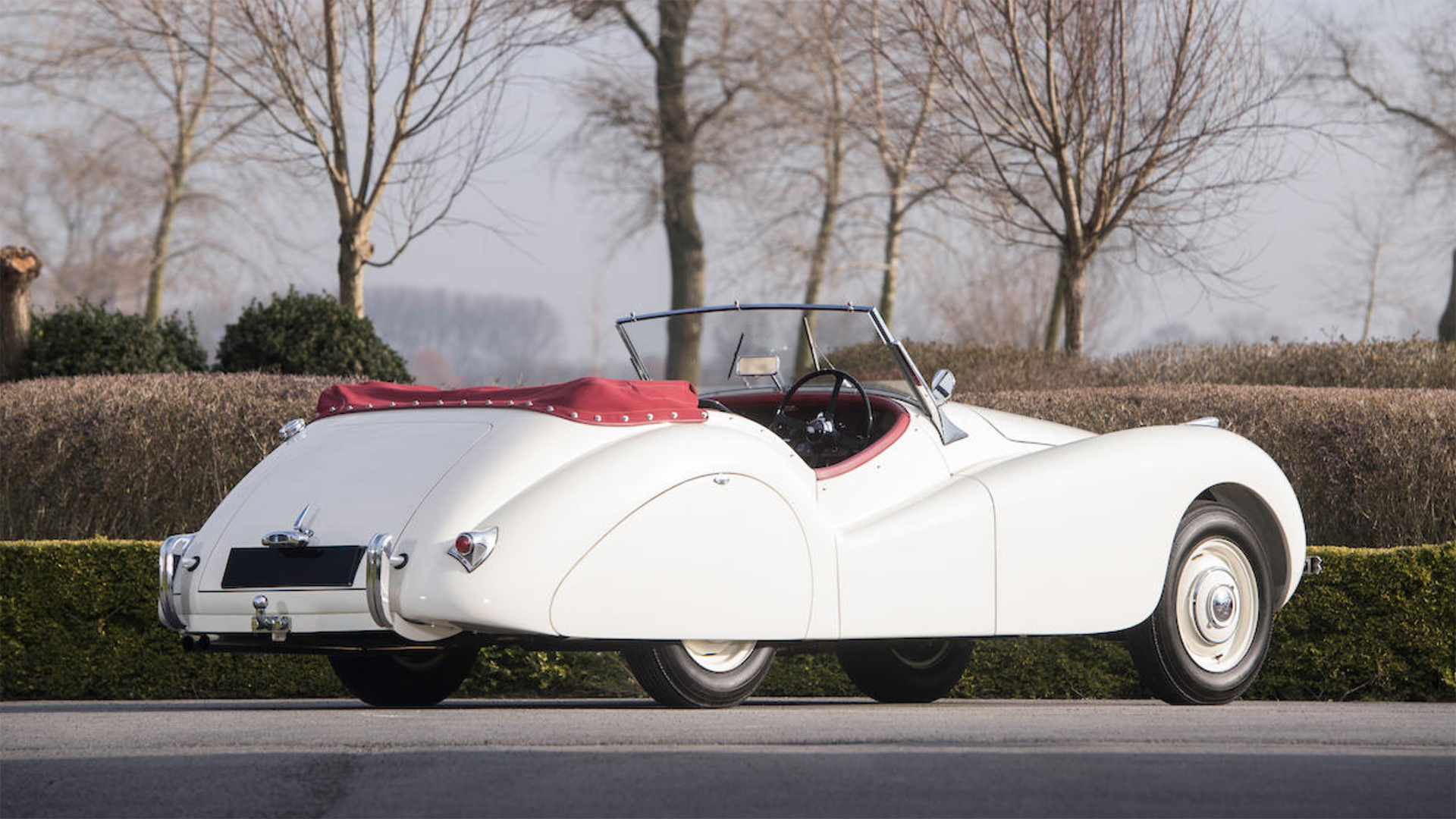